Socials, Linear Fisheries filming, catfish and dropping MTN for CompleX-T – here’s what Ian Russell got up to in the month of April… 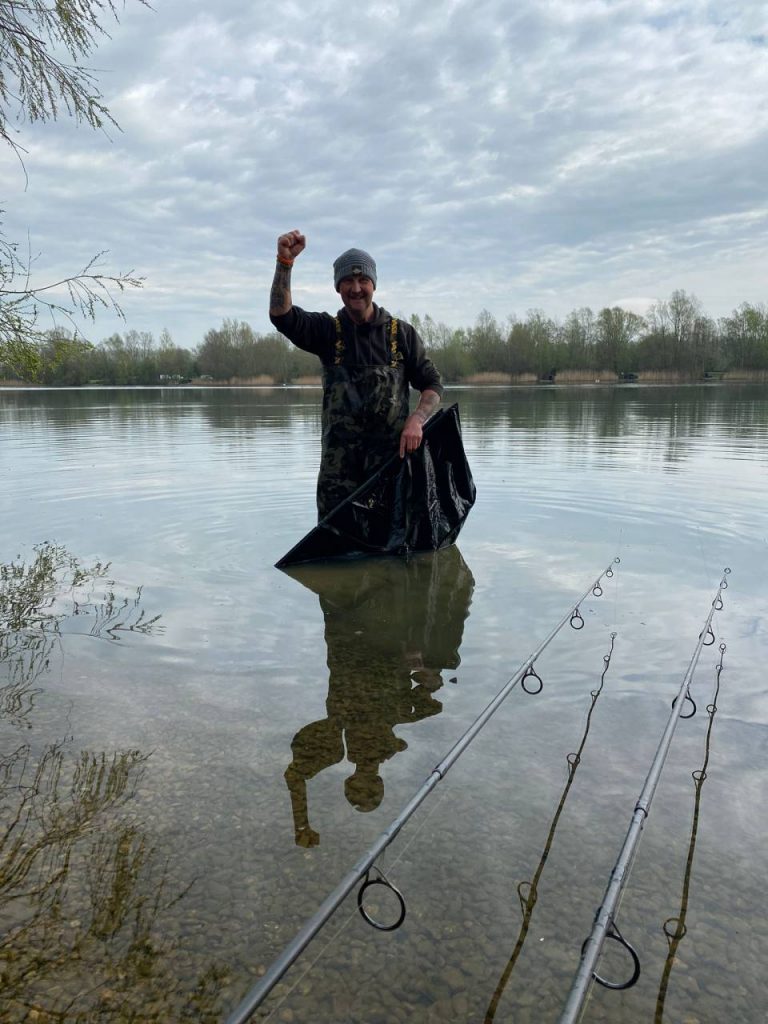 For me, April has been absolutely hectic with work commitments and lots of trips booked – notably to Linear Fisheries. Actually, looking at my Diary for 2022 this entire year is gonna be hectic full stop!

First up was my monthly Total Carp Feature i.e: ‘Trouble Shooter’ and this month saw us on Thorney Weir Lake in West Drayton and tagging along was our client Jake.

I can’t actually go into too much detail as you will need to see the magazine for that but we did have a great time and a few good fish were landed. 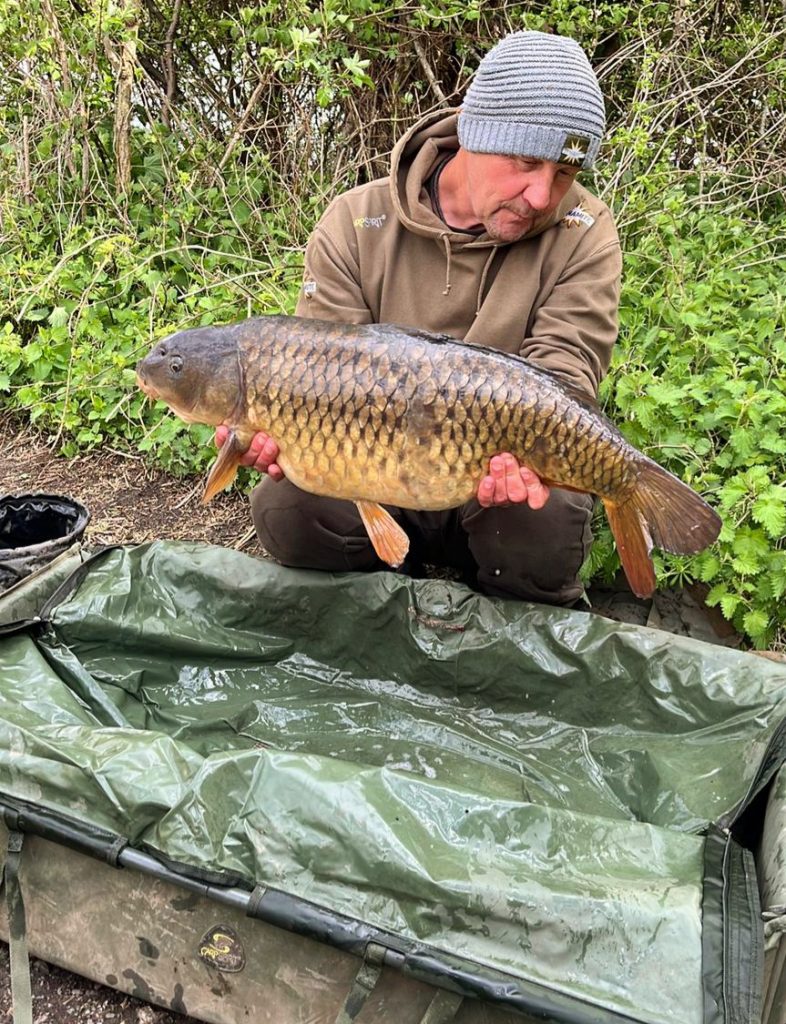 Ian with one of Thorney’s resident commons.

Next, I attended a social gathering on the banks of the new Linear Lakes complex, namely the Tar complex with the lads from Catchit. Quite a few turned out and I fished alongside a great friend of mine Dan Murrel who used to be the Editor of Total Carp.

In attendance was also Hassan, Dan Wildboar and a good few others who I was meeting for the very first time. A huge BBQ was cooked up and quite a few of the newly introduced carp were caught along the way.

Dan Wildboar was exceptionally pleased with his blank saving offering of at least 4lb lol. 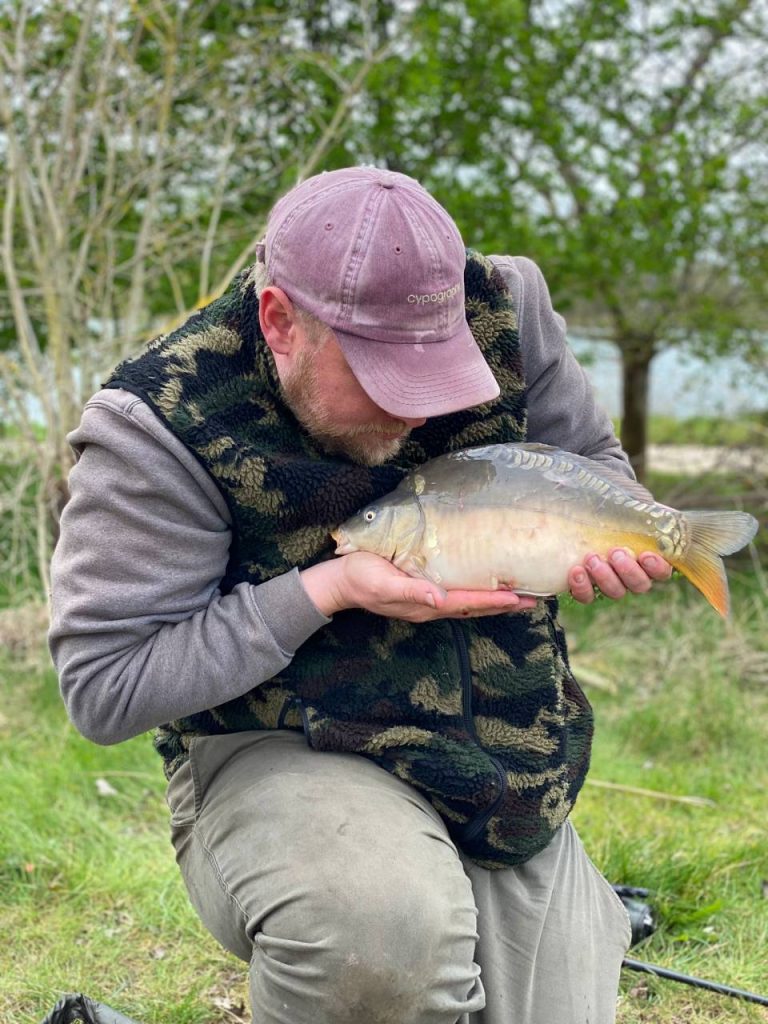 Dan’s catch would’ve made an excellent live bait for pike!

Now, for the year ahead I had decided to shelve the Monster Tiger Nut baits that had served me so well for the last two years and give the fantastic Complex-T a good go.

First time out and I discovered that the Sanderson’s resident catfish absolutely love it, but I did also manage one double figure mirror carp.

My next day trip was at Albans Willow Lake and you guessed it, the catfish community there lapped it up giving me six cats in just a few hours fishing. I just need to avoid catfish venues now! 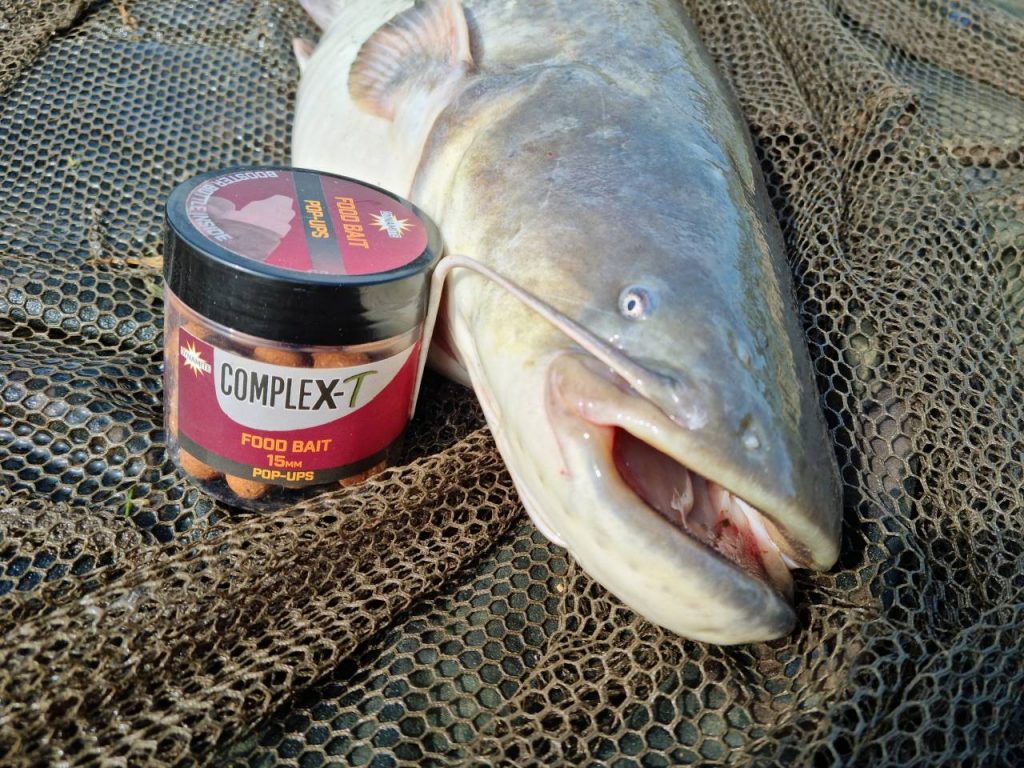 Steve Coe and myself then visited Oxlease Lake on the Linear Complex to shoot our next episode of Carp Pursuit. We chose not to book a peg at the ever popular venue but to take our chances and go cold.

I grabbed a swim in the middle section on the grass bank and span the wheel so to speak. The carp decided to play pretty hard to get which was very strange for Linear but never the less we made a great little film which ended with a proper Oxlease special one… Keep yours eyes peeled for this episode!

Ian banked a proper special carp during the filming of Carp Pursuit Episode 4! 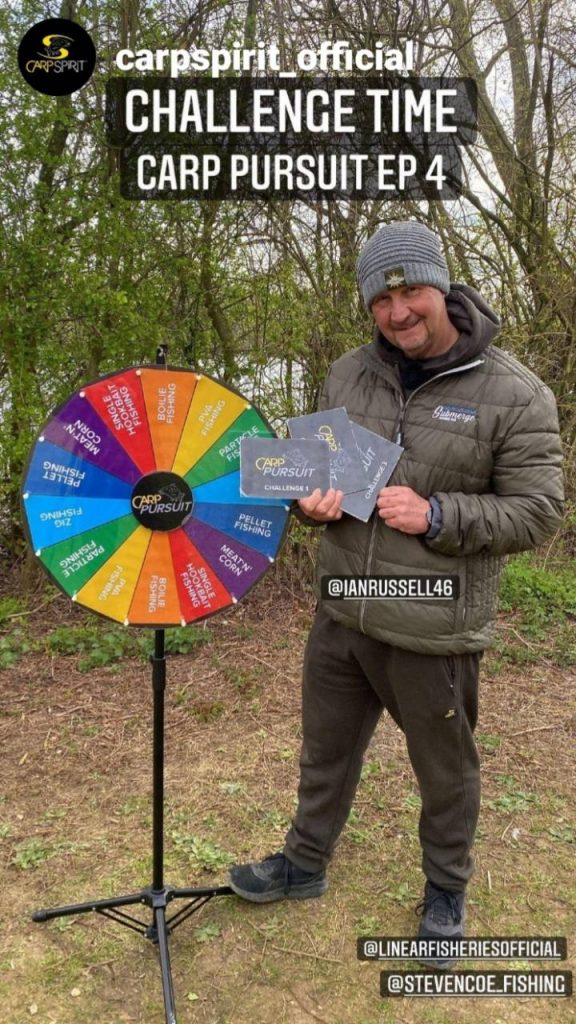 What challenge do you reckon he got?

For my own fishing I then popped over too RK leisure’s Horton Church Lake for a couple of days and much to my amazement the Plateau Swim was vacant and as I sat watching the water there were a good few carp in the area as well.

Brolly up and 2x single Complex-T pop-ups were dispatched to the shallow water on top of the Plateau. 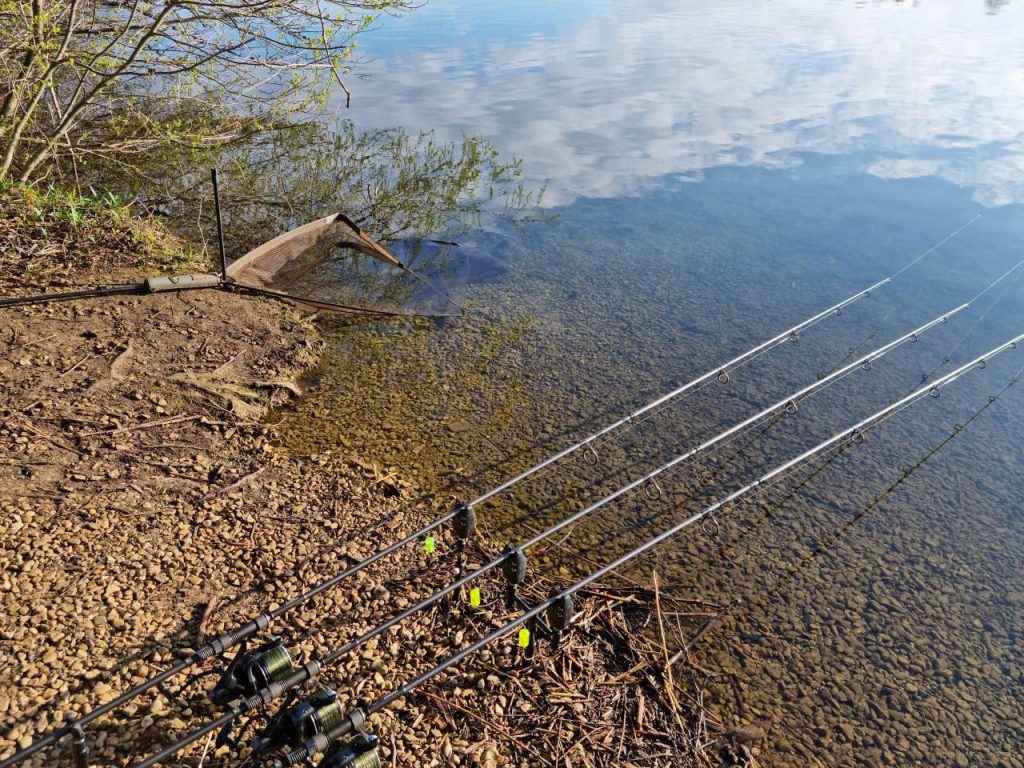 The night passed quietly but at first light a carp towing gear wiped my rods out. Now these can be quite tricky carp and I really did not want to have to recast right on bite time but I really didn’t have much choice.

Small leads and fresh pop-ups were soon dispatched to where they had just come from and I hardly had any time to curse the trailing carp as one of the rods melted off ten minutes later!

This lake has an insane stock off big carp so I took it very easy but alas an 18lb 8oz mirror was the culprit. To receive a take on here is certainly a bonus so I was all smiles. 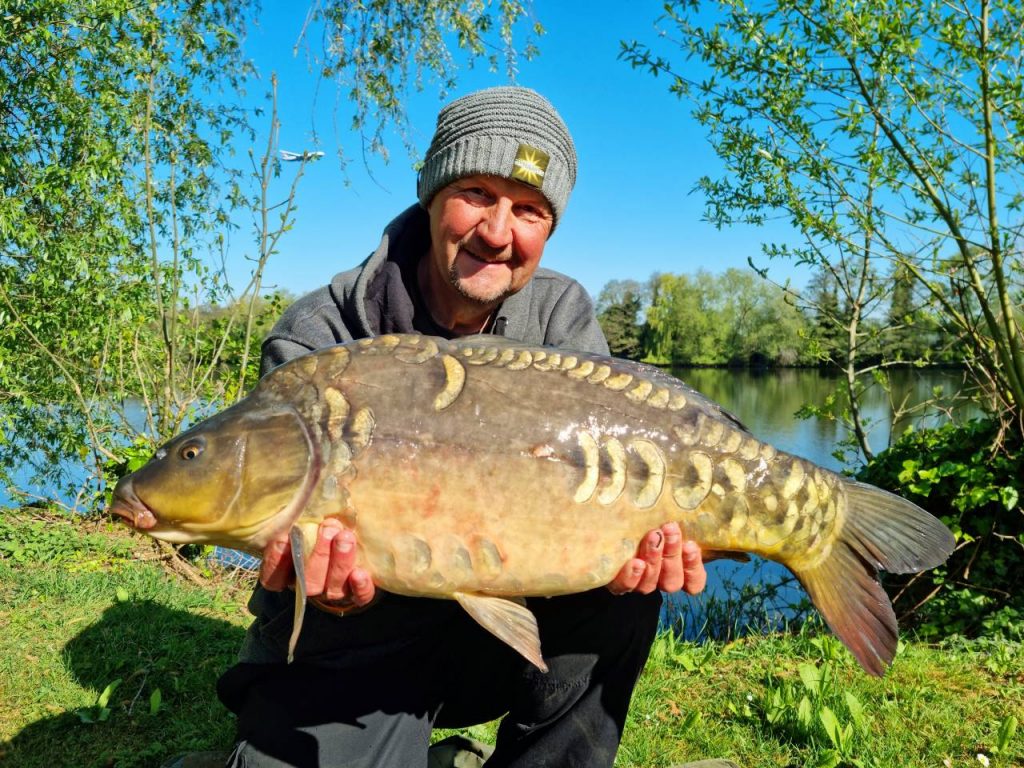 I quickly rewrapped the rod and sent a new rig and bait back out to the area and unbelievably 20 minutes later it was off again, this time resulting in a stunning 19lb 12oz mirror. I was indeed a  happy chappy! 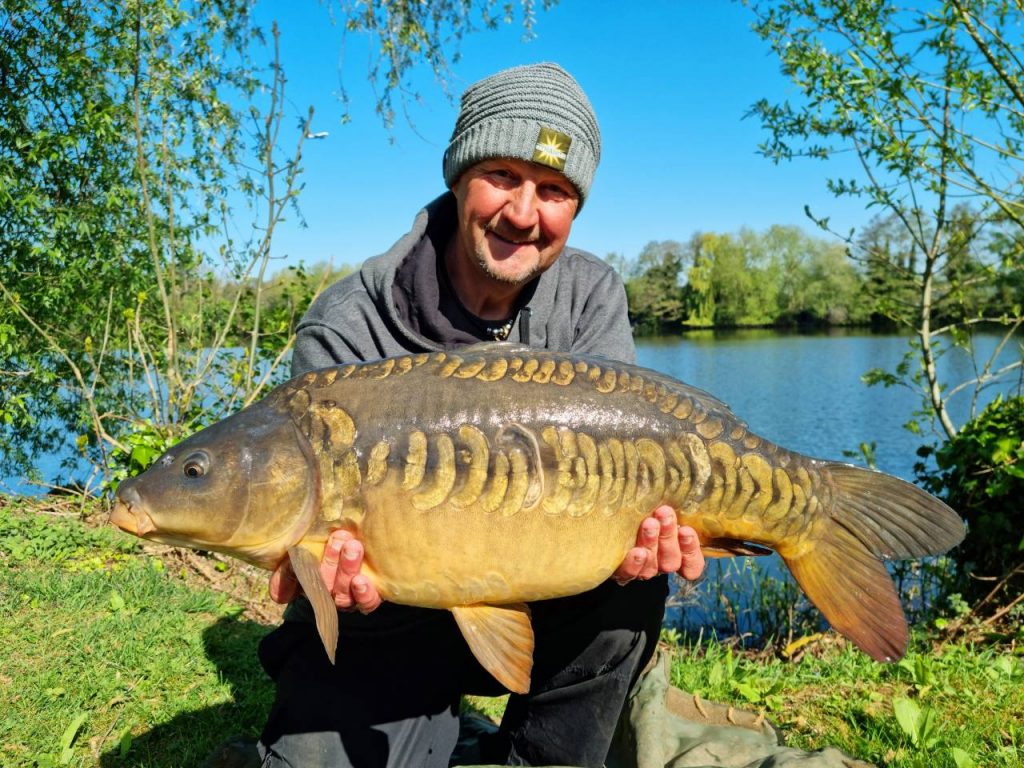 A slightly bigger specimen of 19lb 12oz and just as stunning as the first.

I stayed another night in the swim but the cold N/E wind had returned and moved the fish off to the far end off the lake so I was off home. I shall be back when my schedule allows it.

At the time of writing, I’ve not long come home from a 24-hour tutorial trip on St Johns with Roy. We both managed one carp apiece and had a great time! Roy’s was a lovely 25lb common and mine a 35lb mirror. 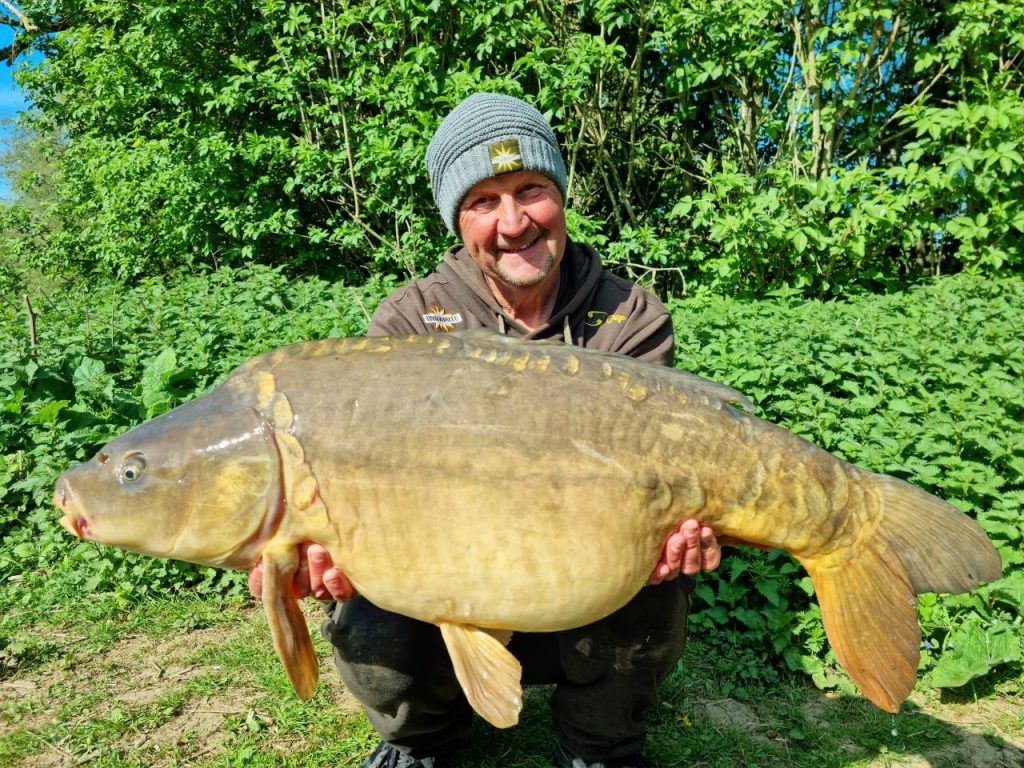 That’ll do! St John’s produces the goods in the shape of a 35lb mirror!

This came to a yellow Hit n Run with a small bag of Complex-T pellets cast at a showing fish. It certainly pays to keep your eye’s peeled and take the chance!

Here’s to an equally busy May!