For this month’s diary, Ian looks back on what has once again been a very productive month. Still focusing on his favourite Wraysbury 1 North Lake, as well as filming at Linear Fishery he has managed to continue his fantastic start to the year…

“These last few years I have found myself enjoying my winter angling more so than in the Summer months, the lakes being less crowded being one reason for that… But this winter has gone beyond expectations with my results speaking for themselves . I had decided that my personal fishing on W1 North lake was quite literally going to be about feeding lot’s of bait, rather than fishing single hookbaits for odd fish! 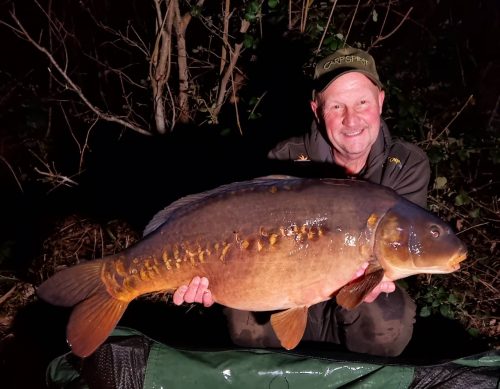 With Ian’s revised approach, his first fish was this stunning 38lb Linear!

When it comes to winter carp fishing it is really important to find some fish, therefore I was constantly walking the banks trying to get into swims that have had some form over the winter months. There were a few lads being a tad selfish however, and by rotating the favourable swims, it was hard going to try and slot into one! However, by pure coincidence on one of my walks I managed to slot into the Rocky Barge Swim… Hallelujah! 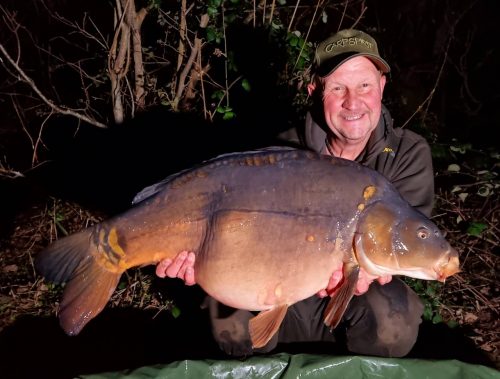 Shortly after the first 38lb Linear, this 36lber was in the net… What a Start!

Due to my work diary as well as plenty of other commitments, I only had 3 nights to make the most of this swim. To start with, out goes a whole bucket of my usual 12mm Monster tiger nut , Hemp and Sweetcorn approach, with either a yellow Hit n Runs or the new 12mm Monster Tiger nut pop ups. All my rods where equipped with size 4 medium curve Ronnies!

Its was midnight when the first take occurred… A 38lb VS linear was landed just as the next rod took off and again a ‘big ole’ mirror was netted . A really deep fish with a lump on its Flank but at 36lbs I was super chuffed!

You see its an obvious statement but getting in the right area was ‘what it was all about.’

Kev popped up from the next swim to help with the pictures… And as we slipped the VS back the third rod was away with what turned out to be a lean looking 32lb Mirror. Carnage when you get it right!

Pictures done and Kev left me to sort out the mess and get fishing again… 3 new rigs all wrapped and half a dozen top up spombs went on the spot! 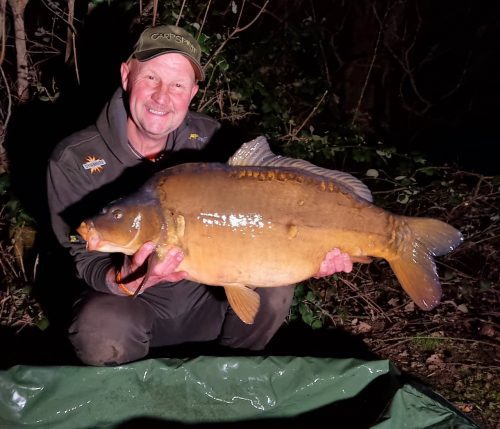 3 Fish in less than an hour… “Carnage when you get it right!”

The day was spent prepping for the night ahead and another whole bucket went out, now let me explain what I mean by a whole bucket… This equates to about 7 kilo wet weight; 1 Kilo of 12mm Monster Tiger Nut; 4 tins of Sweetcorn and 2 Tubs of Dynamite’s Frenzied Hempseed . 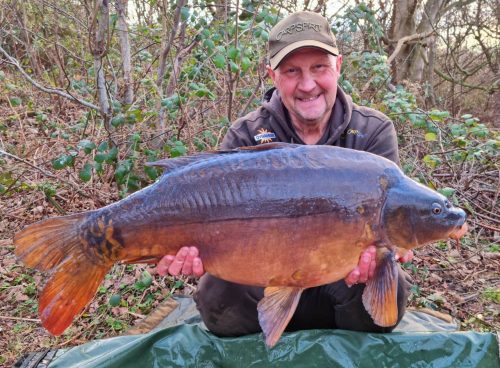 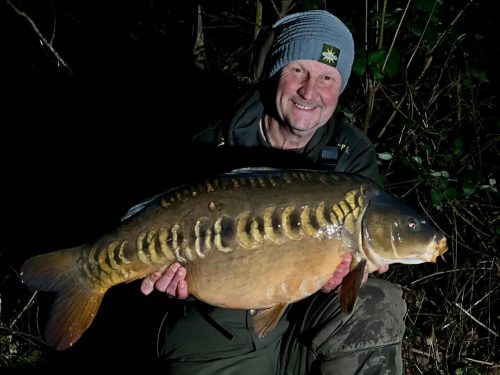 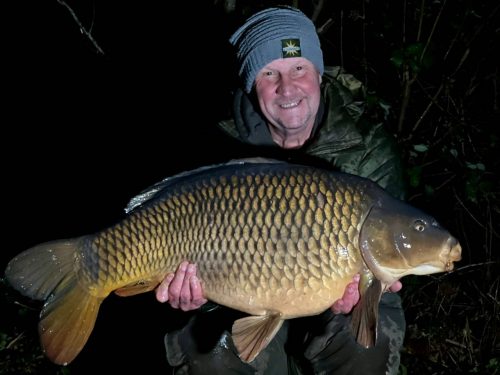 … This 28lb Linear and 35lb Common being his reward!

Anyway as evening drew in, my brother Matty popped over and just on dark they started showing over the area… Soon enough the left rod was away and just as we returned that absolutely stunning 28 lbs Linear the middle rod took off…

After a vicious battle with the fish trying to get in the near side tree line multiple times, a mid 30lb Common was soon smiling for the camera.

This tactic of 3 on a spot really does pay off on venue’s where the carp travel in large groups! The final rod was soon off and an odd shaped 26lber graced the net!

So it was 3 new rigs and a dozen spombs to top up the area up . Three more fished graced the net before the end of the session, one of which being a 33lb mirror and the other a 32lb Linear!

What a trip, 10 carp with the majority being 30lbs plus!

By the time I had started packing up, an orderly queue of buckets had formed. Oh how I detest the bucket situation… 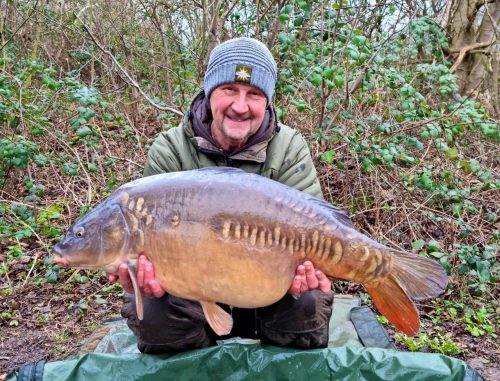 A few days later, and I was off to Linear’s Manor Farm Lake with Dan Murrel and Dan Wildboar filming for Catch!

Again a heavy baiting trip for me even though I’d been told they were coming out on zig’s at 34 wraps! Now I do love a bit of zig fishing, but I also know Manor well, and with Storm Franklin on the way, and knowing how they react to big winds I laid a table in preparation for them .

However, the icing on the cake was a fish known as ‘A team’ the 2 x Tone at 41lbs 8oz. All the carp were carrying copious amounts of Leeches, which we relieved them of, also showing that they were not sitting high in the water but either on the lake bed or shoved into weed.

You’ll be able to watch both the Cypography and the Catch film soon enough . Plenty of Carp and lot’s of laughs along the way! 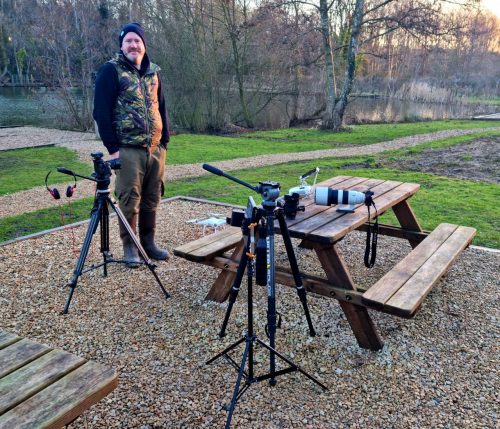 “Cypography’s Rich Stewart – Such a laugh to work with!”

That’s it for this month, as tomorrow see’s the start of March and yep you guessed it loads more work… Including the Big One Show at Farnborough this weekend. Hope to see you there!”

Tight Lines One & All,