In this month’s diary entry, Ian reflects on a successful couple of weeks of carping at Oxford’s Linear Fisheries followed by a trip to Manor Farm Fisheries and Horton’s infamous Boat Pool. Will he catch one of the big girls that he’s been longing to catch? 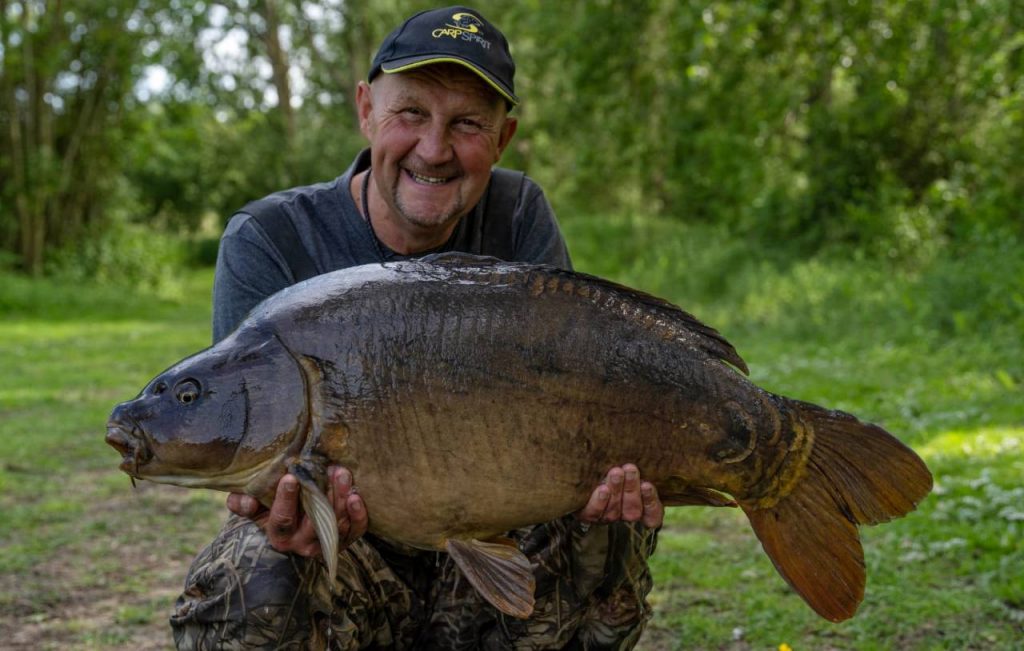 June started for me with a return to Linear Fisheries B2 for a 24 hour tutorial with client Matty. We managed to secure the point area which is also an area I know very well from previous trips. First off I got Matty Spombing at the 25 wrap area with a large bucket of Dynamite Baits Hemp n Sweetcorn. This was something Matty had not even attempted before but he was soon hitting the clip every chuck.

The lake had been fishing a bit slow so I did mention it may be the evening before any action happened but whilst sitting down to go through Matty’s rig board, he received a take from the baited area.

Following a good scrap a lovely 25lb common and a new PB was soon scooped up. Chuffed would be an understatement! 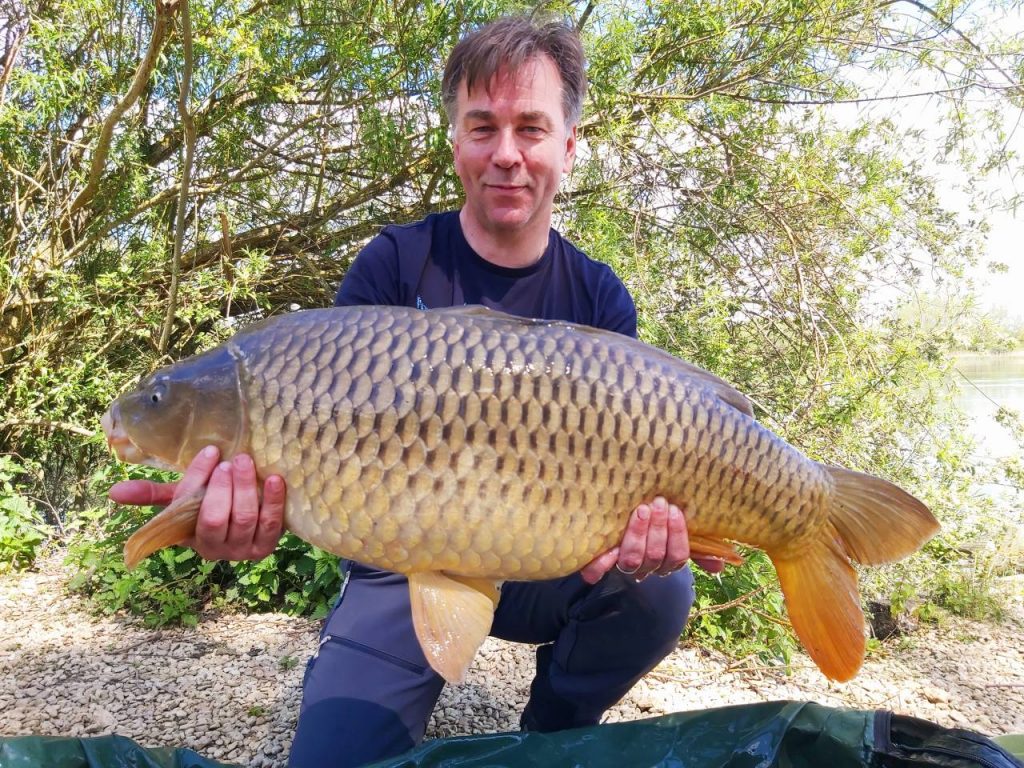 We then whacked the kettle on for a posh coffee and a new rig was fired out to the area. No sooner had the kettle boiled when the same rod was away again – this time a 23lb mirror proved to be the culprit. All fell quiet then until the next morning when Matty landed an awesome 29lb 8oz common which smashed his aforementioned PB… What a result! Soon enough we were saying our goodbyes and Matty, who was one happy chappy, headed off home. 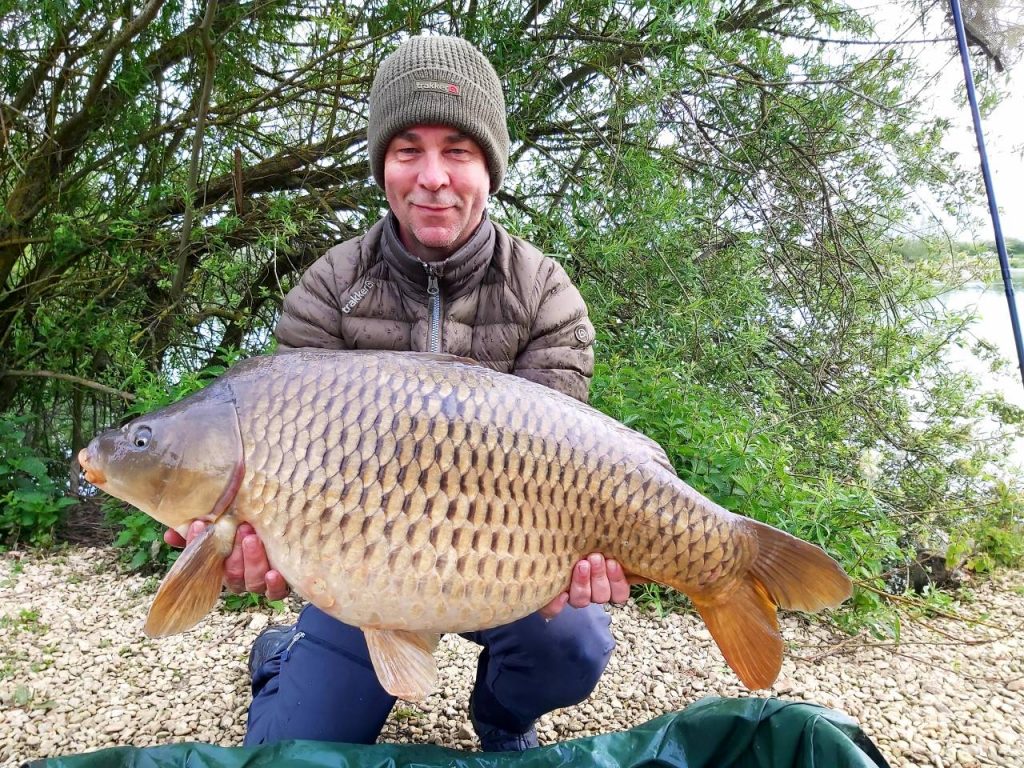 I was back up at Linear soon enough with John Flewin to film the Summer episode of our own venture – 4x Seasons Carping. We were on the Manor Lake this time and as I had landed the ‘lion’s share’ of the fish in our Spring episode, I suggested John went in the ‘Hot Swim’ – The Willows. This proved to be a good move as this time John, as he naturally would, got right amongst them with a good few landed including a few 30’s and a PB mirror of 41lb 8oz. How awesome was that!? 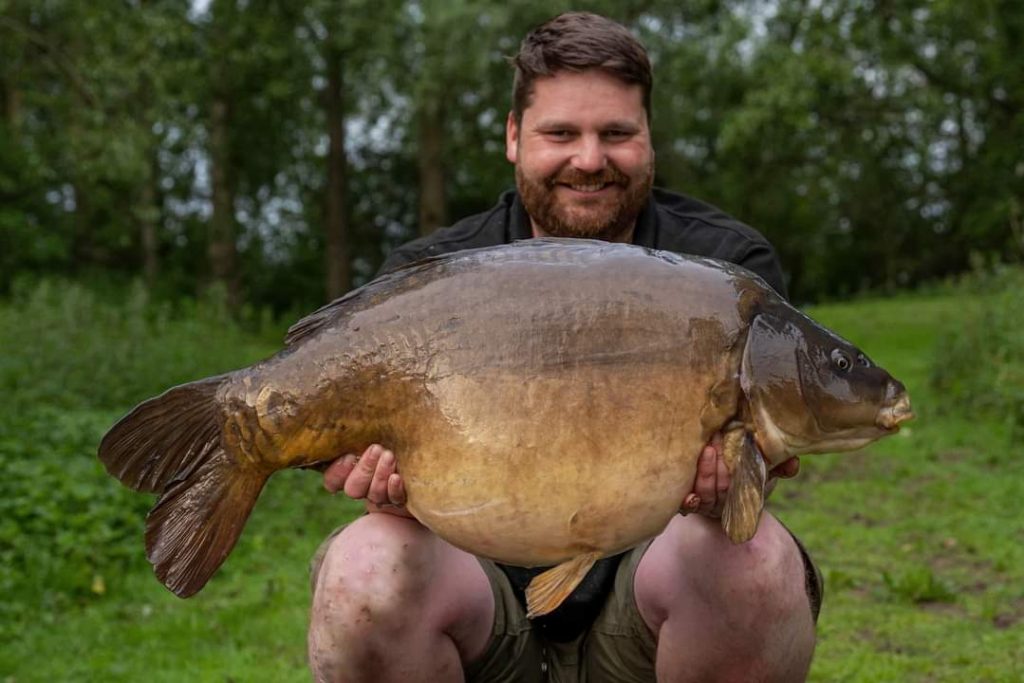 John was made up with this 41lb 8oz PB mirror!

John, being the lovely fella that he is and a truly great friend of mine, was really pleased to have been present let alone get it on film for our series. In all fairness I struggled this trip with only a few to 33lb to show for my efforts – although I did have two 9lb-plus tench which took the sting away. You can check out the full video on YouTube, here. 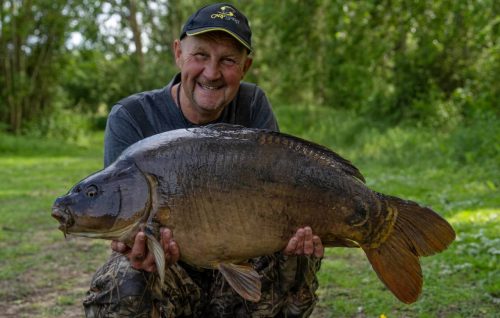 A 33lb mirror for Ian 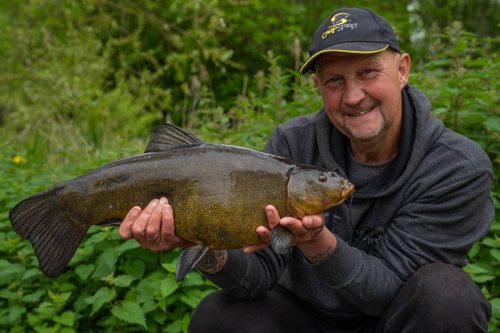 This 9lb 12oz specimen tench definitely took the edge of a difficult session! 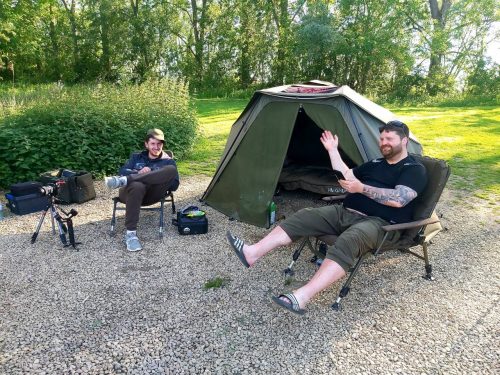 My Total Carp feature this month was at Manor Farm Fisheries’ Boonies Lake which is my favourite on the complex. The feature is about fishing in weed and trust me there was plenty of it! All went well as per and even a few bonus tench showed up. With the carp then spawning everywhere it was a week of cleaning tackle and respooling with my trusted 19lb Velocity mono from Carp Spirit.

So after the carp had finished their spawning ritual I wanted to do a night on Horton Church Lake but as per usual, all the areas you would want to be in were taken so I set up on the Boat Pool right hand point for 24 hours.

After depositing a large bucket of of Dynamite Hemp and Corn with MTN crumb into the area, I cast two Size 6 Medium Curve Ronnie rigs on top of the area armed with 12mm MTN pop-ups. Well, I now believe bream have watches on as every hour from midnight I had a double figure bream visit me. I even had to re-Spomb at 3am to top up the area!

At 7:30am though, I finally had a proper take which resulted in a low double fully – at last a carp!

Fresh rig were yet again put on and recast to the area, and at 8:30am the same rod took off again. I was initially convinced this was a small catfish as it was so fast and strong but eventually a bloody great common showed on the surface about 10 yards out. Now I was in semi-panic mode as for those that know me will also know how much time/effort I have put in for this carp, but after a few more minutes of mad fighting I eventually scooped up my Boat Pool dream carp.

Following a lot jumping and wooping, a weight of 39lb was recorded finally recorded. She was down about 7lb from spawning but did I care, not on your life. It was the target fish I was after and finally she was mine! 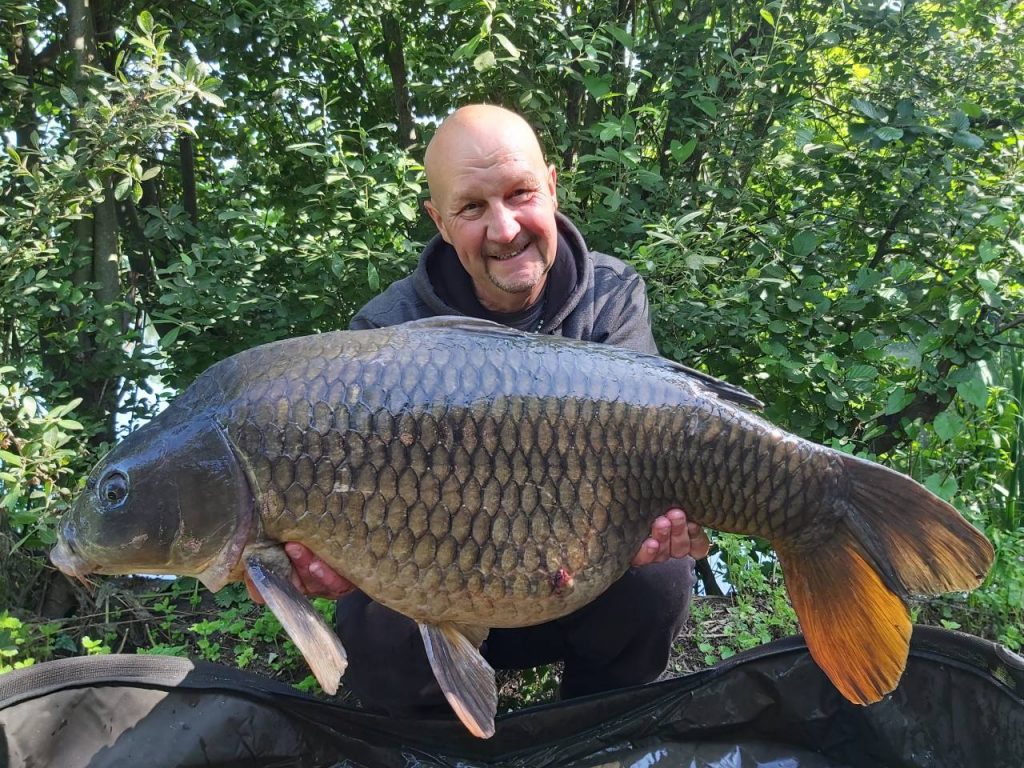 This 39lb Boat Pool common was fish Ian was chasing for years!

Here’s to next month and a new challenge…