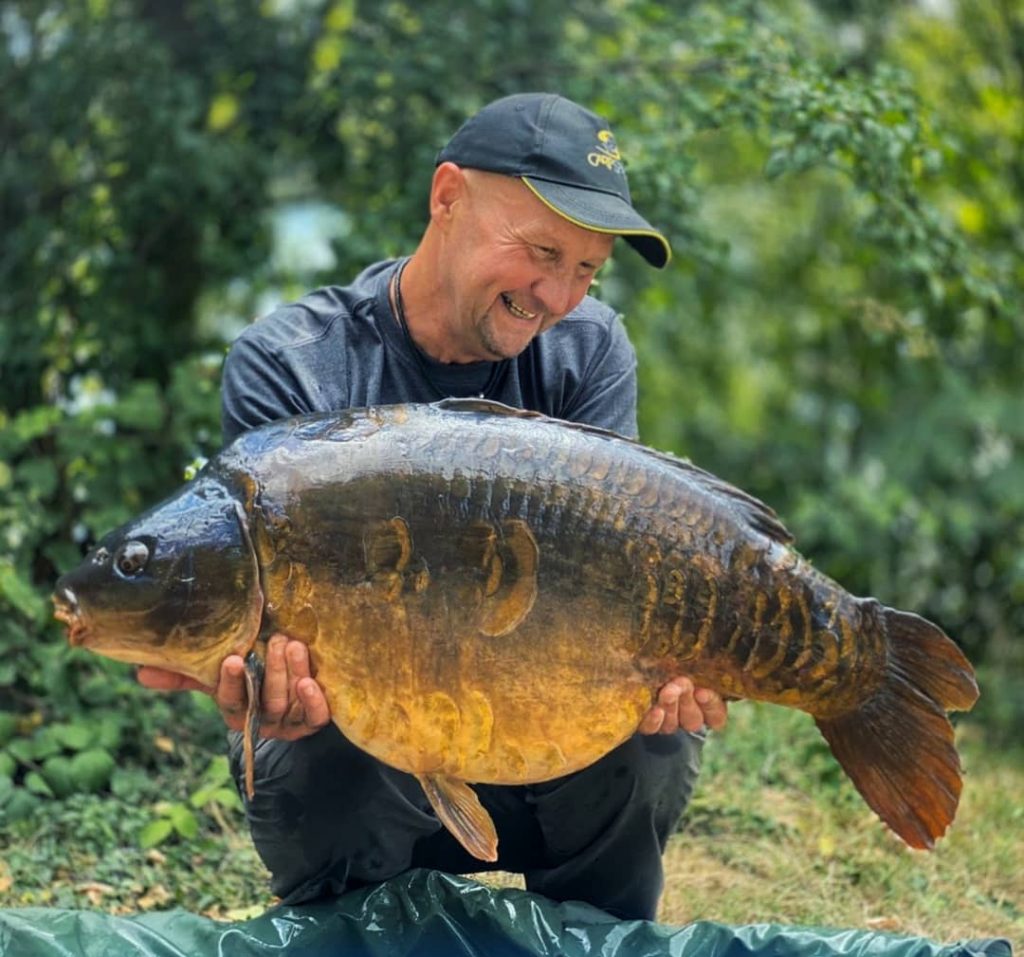 What a busy month its been, it included a three day product development meeting with my fellow Dynamite/Carp Spirit guys. I have to say having attended a good few similar product meetings over the years with my previous employer that none were anywhere near as professionally ran as these are.

Lots of great products discussed and at last to work for a company that actually listens to it’s team is incredibly refreshing. A few hours later I was lure fishing on the River Trent with Daryl and Alban was a laugh a minute and some micro Perch were nailed.

Thinking outside the box

So onto my carp fishing, at the aforementioned meeting a conversation with the boss, Marcus Twidale about Dynamite’s extensive groundbait range got me thinking about my approach on W1 North lake this year.

Now with so many anglers still on furlough the lake is still incredibly busy and absolutely tons of bait is being flung at the fish. So I got to thinking that feeding a groundbait mix with lots and lots of attraction in it but a very low actual solid food content might just help me get a result as it was different to the norm.

So I decided on the following, a 50/50 mix of the Big Fish Shrimp & Krill mix and the Big Fish Explosive Caster mix with a handful of 12mm monster Tiger Nut shelf life boilies thrown in along with a tin of Sweetcorn might just be the answer. 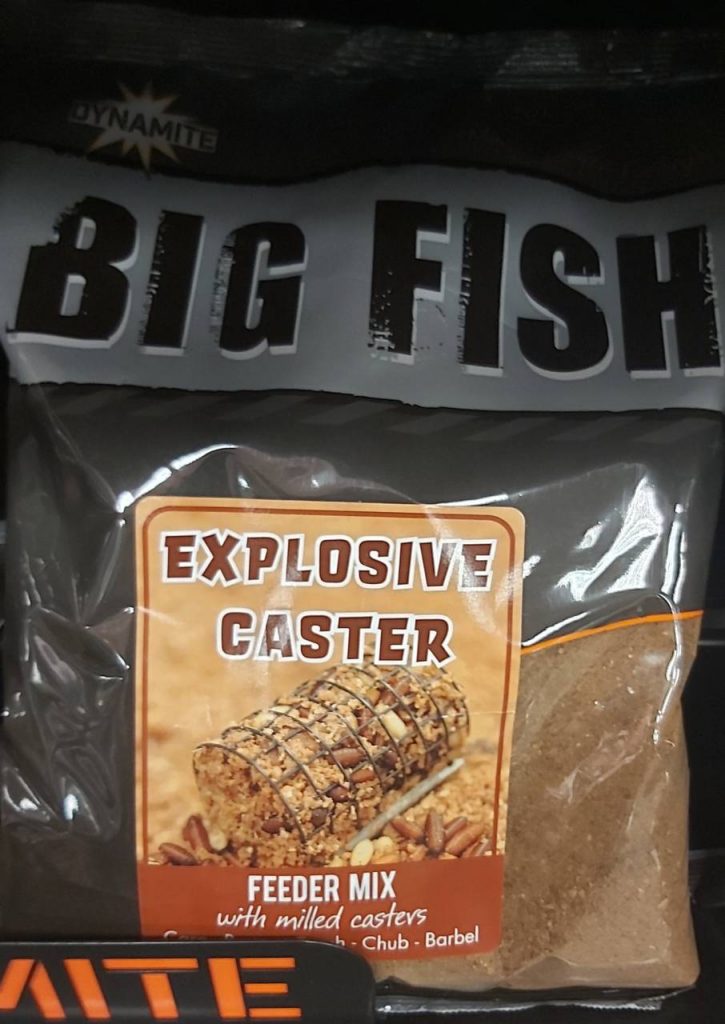 I set up in the Rocky Barge swim after a good wander around and clipped the rods to area’s I have had previous action from. I then made up 50 spomb sized balls of my magic mix and gave them the lot out in the lake whilst catapulting 6 x balls down the margin aswell.

I opted for two rods out long and one rod flicked down the side. It took about an hour to sort the rods. Rigs were Ronnies with Pink Hit N Run pop-ups on the long rods and a Yellow Hit N’ Run pop up on the inside rod. 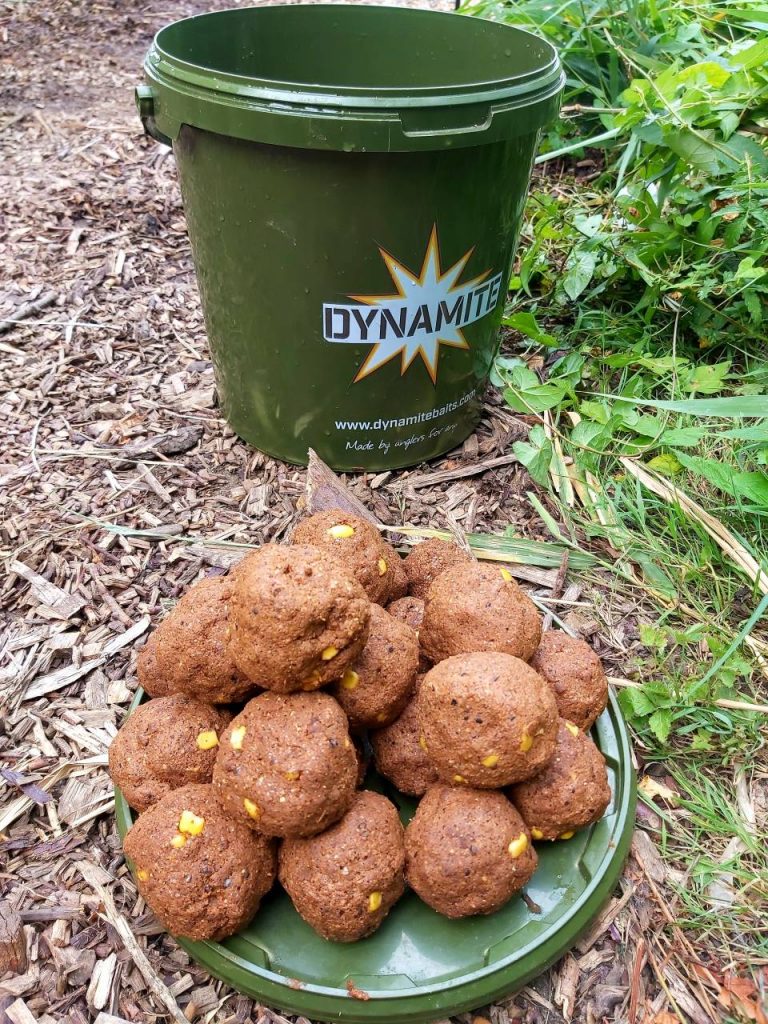 Ready for the bombardment

My Friend Matty popped in for a tea and then as he walked off to get his barrow I made comment that as he walked back I’d have one in the net. I bet he hadn’t gone 100 yards when the margin rod pulled up tight and I was into a very heavy / powerful fish.

The fish swung out into open water and felt like it had a whole load of weed with it, that was until it swam past quite low down in front of me. Now I saw it had no weed and it looked immense. I also recognised it as the very mirror I had hoped for when coming on the North Lake that I would Love to catch. A fish called ‘No Name’.

Oh squeeky bum time and for at least 10 minutes he charged up and down whilst in full view, twisting and turning trying to become unattached from the bald guy that so wanted his picture taken with him. I needn’t have worried as the Size 6 Razor Point Medium Curve held firm and he angrily was scooped up which lead to me screaming NO NAME at the top of my voice.

Elated was an understatement and as Matty walked back into the swim he could see I had kept my promise. LOL. Big Scott also arrived and much jollity followed. Resting the carp for 10 minutes whist all the camera kit and fish care equipment was sorted ready. Myself and Scott carried my prize up the steps and three very happy carp anglers fell silent as I opened the mesh up.

You could feel the awe in the air as we stared at this amazing looking carp, We weighed him up at 42lbs and 4 ounces but I couldn’t have cared less what the weighed was as I had some how fluked the very mirror that I had set my sights on.

My wanted prize. What a fish!

Much clicking of cameras and a small piece of footage was shot before Scott and myself carried this wonderful carp down the steps to release him. He powered off rather angrily giving us both a good soaking. Those that don’t fish will never understand the wave of happiness the capture of a large carp overwhelms you.

Much tea making was called for before the lads drifted off back to there respective swims. That evening Mr Tench arrived in numbers and the trip on just the close rod produced 8 of them up to about the 9lb mark. Well they certainly like the groundbait approach.

The main lake rods produced three carp but other than tench the close rod produced no further carp action, not that I was bothered I think you will understand. 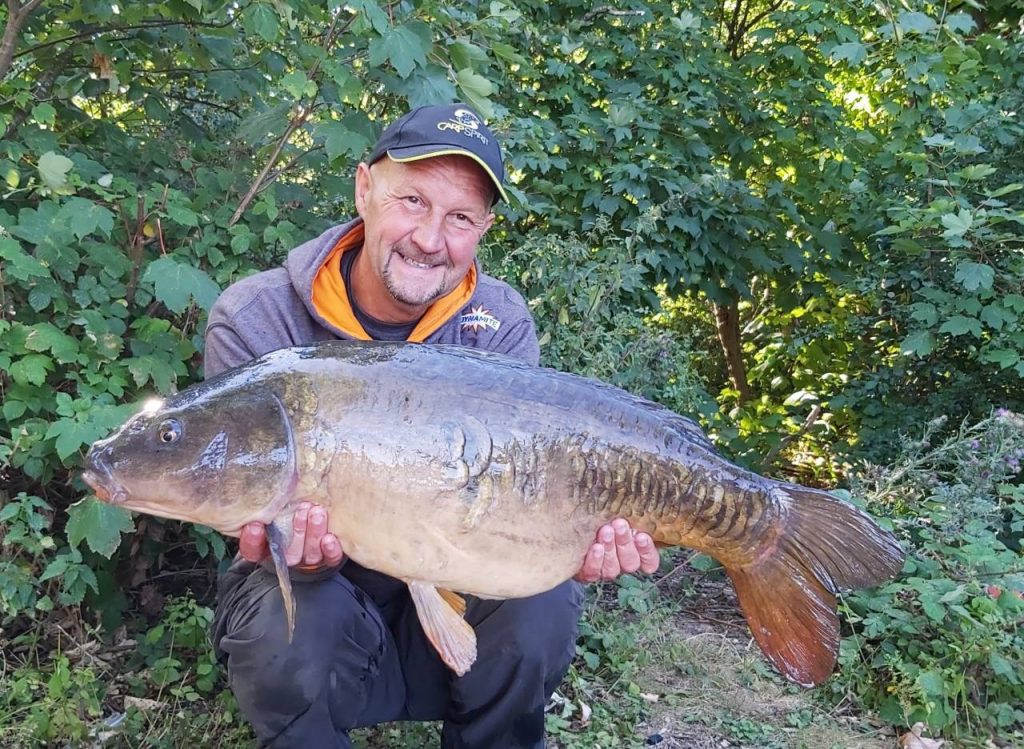 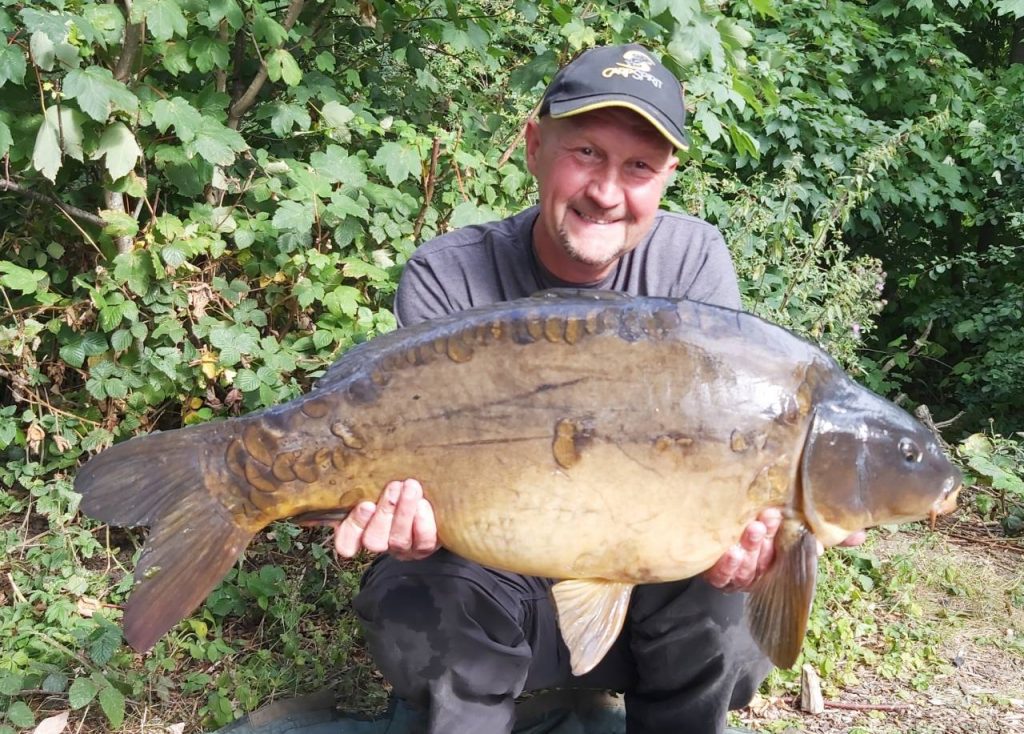 I have had two trips now using this approach and in total have caught eight carp and 13 tench, so it certainly works for me. For now as I write this up the van is loaded ready for a quite emotionally motivated trip up North to Old Mill Lakes with a group of friends. I’ll let you know how we get on in my September Diary.

Tight Lines everyone and remember to smile.   Ian Russell