The start of November saw my good friend Keith and I return to one of my very favourite French venues in the shape of Abbey Lakes. It was our first trip since pre-Covid days so to say we were excited about it would be an understatement!

A quick check in with Dave the manager on arrival was needed and I have to say the new shop, check-in desk and shower block are amazing.

After a lovely hello with Evelynne as well, we set off around Fox Lake to see what was going on. Peg 8 would have been our first choice but a Heron angler had already bucketed that! Just love those buckets don’t you LOL.

A drive round to pegs 11 and 12 saw us chatting to the anglers that were just packing away and what a good bunch they were. Both pegs had produced a few fish so that’s were we would be starting our trip.

I gave Keith the choice and he elected to go in peg 12 leaving me in number 11. There was no rush to get set up and by dark all rods were in play. A good sprinkling of my favourite 12mm Monster Tiger Nut with Frenzied Hempseed and XL Sweetcorn. 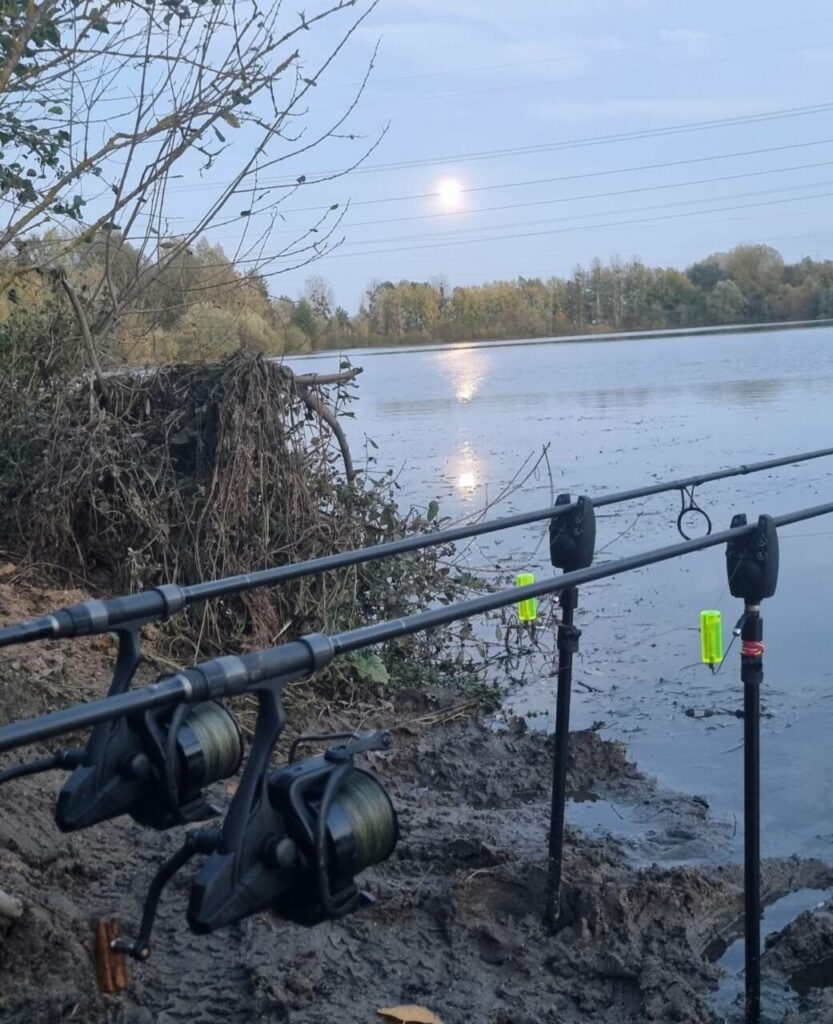 Peg 11 was a proper quagmire.

The hemp and sweetcorn was applied over 2 areas and plastic corn hookbaits on size 4 Medium Curve Ronnies were the rigs of choice. We used plastic corn purely to combat the resident Crayfish population.

So we settled in over the next 24 hours with the odd fish showing in front of Keith but there was nothing in my bay. However the second evening produced a mid-20 Mirror for me from the open water area and at first light a 31lb common followed. 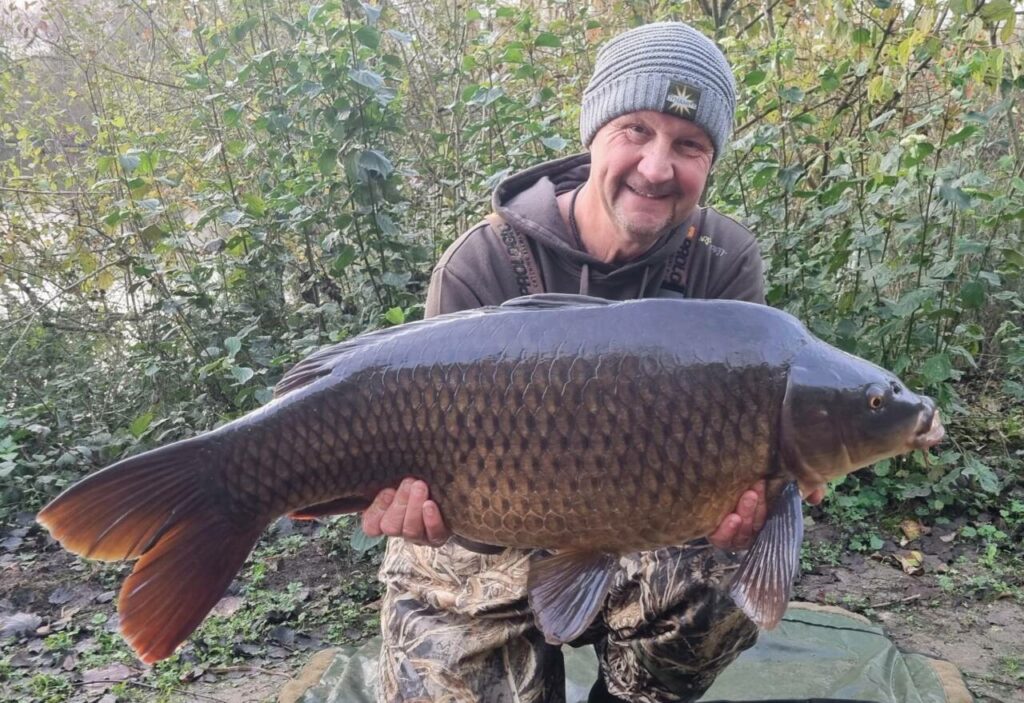 The lake overall was fishing very slow which is unlike Fox as it is very well stocked but that is fishing for you. Keith was as of yet to receive any action.

The Third night passed uneventful but during the early morning, my open water area produced yet again for me. This one got me into a weedbed which saw me wading out and forgetting I only had Wellys on LOL. A nice mid 20lb common was the prize and well worth the soaking. These were surprisingly small carp for Fox but at least I was receiving action. 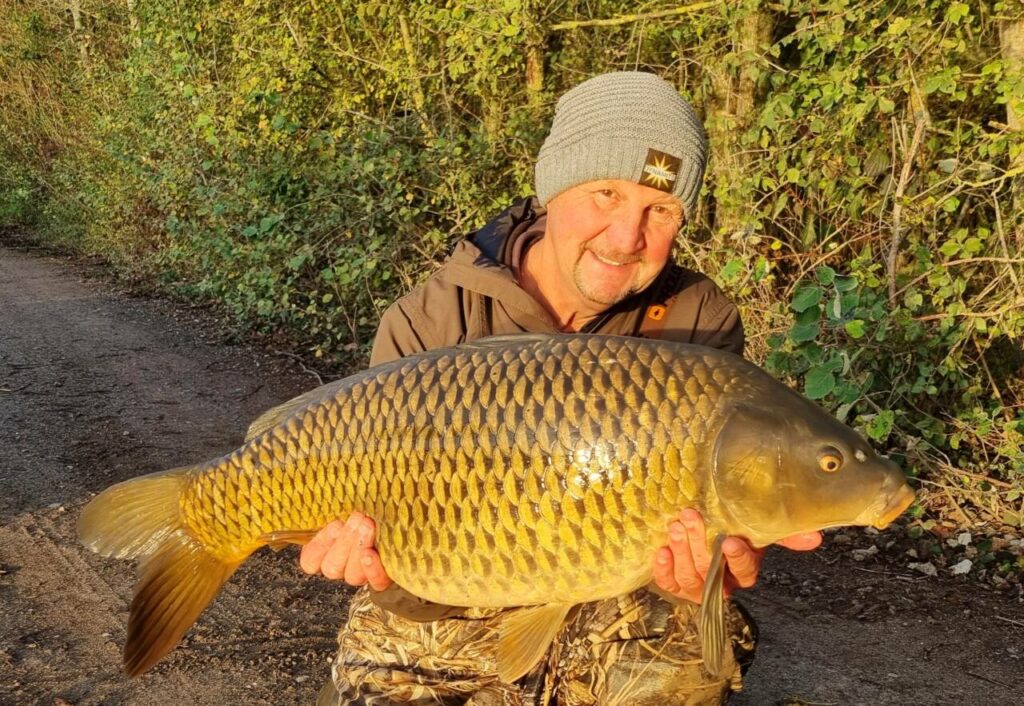 This 20lb common was well worth the soaking though!

The next 24 hours started with carp showing in peg 13 (which was already occupied) but pegs 14 and 15 were free so we quickly packed down and slotted into them for our final nights. 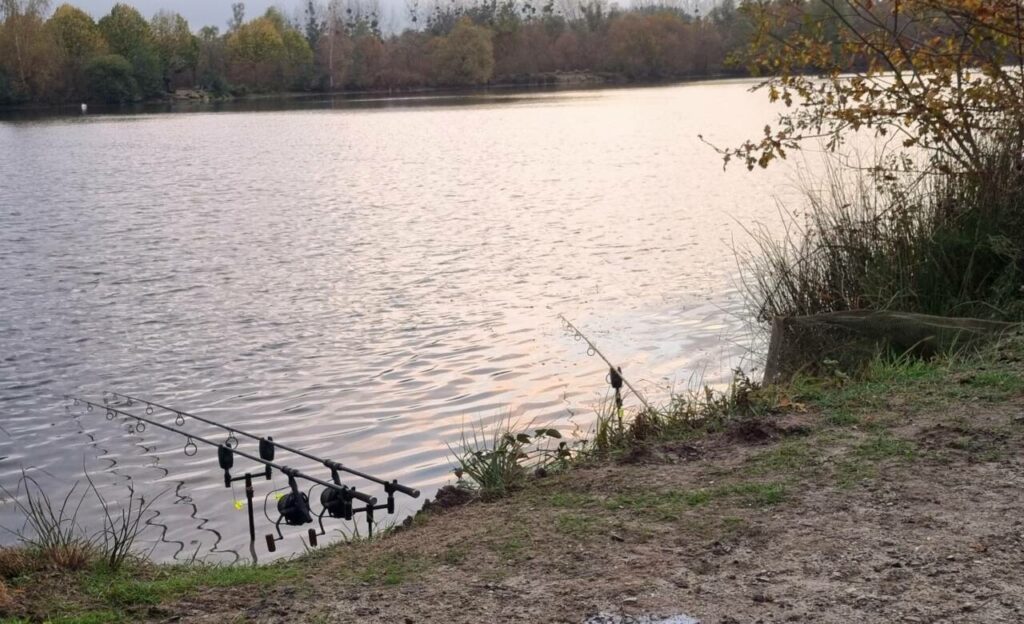 First light and my Pink Plastic boilie which was fished as a single was away and a lovely 28lb mirror was netted followed by another mid 20lb Common which saw the end of our trip. 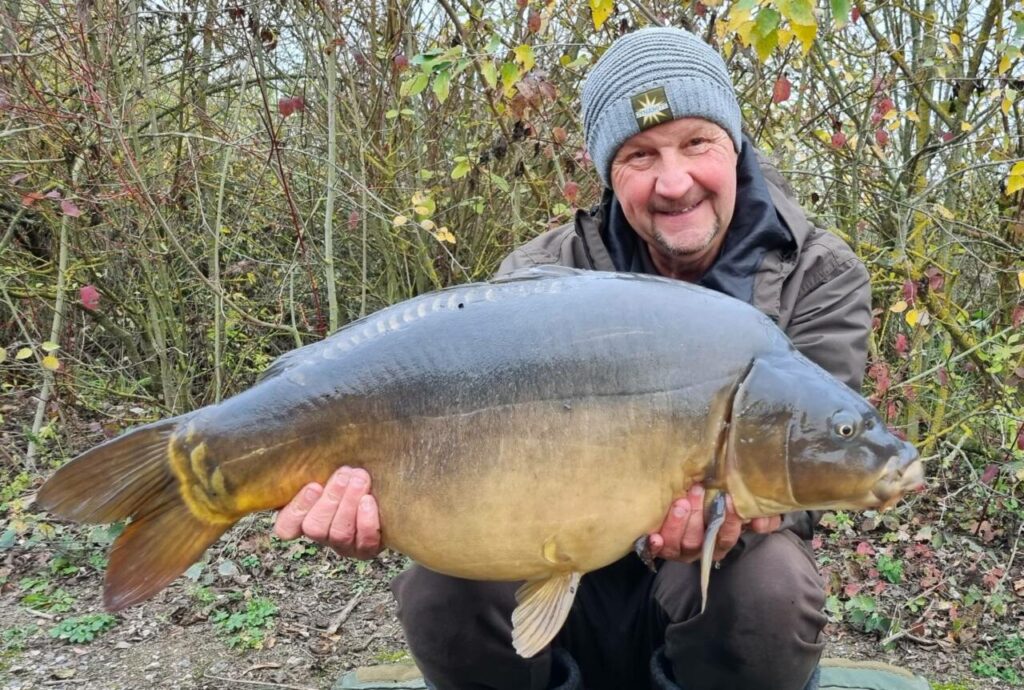 This 28lb mirror helped round the trip off in style!

4x 20s and a 31-pounder was my end tally with Keith unfortunately having no result. But as per we had a real good laugh! I want to thank Sebastion, Evelynne, Natalie and Manager Dave for making the trip possible… We shall be back next year!

I had a tutorial booked next with Chris who turned out to be a Vicar. My blue language was put on hold out of respect to Chris and we had such a laugh but unfortunately the carp never played ball. However, we did sit through one of the worst storms I have ever fished into the teeth of!

My final trip of the month would see me return to Orchid Lake. This for me was quite emotional as you will all be aware that it used to be my lovely Friend Marsh Pratley’s lake who had sadly became a victim of cancer and since passed away.

I had sorted (like I do) for a whole load of back-to-back work whilst I was there as well with the first commitment being my monthly Total Carp Trouble Shooter feature with a lovely lad called Rob.

Matt, myself and Rob had a lovely 24-hours fishing with Rob pulling the feature out of the bag in the last couple of hours. Check out Total Carp to see how I got on!

As the guys were leaving my work buddy young Steve Coe turned up for a couple of nights to film the trip for Dynamite and Carp Spirit. I do really enjoy working with Steve as it’s always a really good laugh whilst getting the work done.

A few lovely Orchid carp played the game along with a solitary tench which took out my other rods at 1am! Getting the 3 x rods back on the area at 85 yards in high wind at night was lots of fun to say the least as you would expect, but it turned out ok as at first light another Orchid cracker made it into the net. 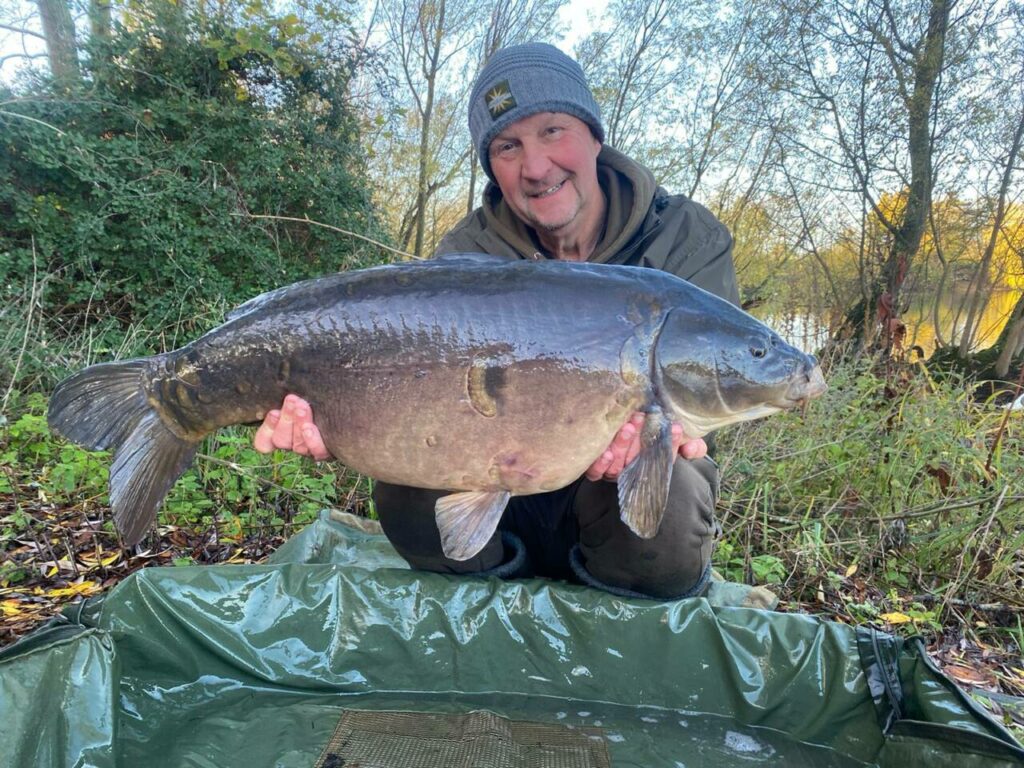 These Orchid mirrors are stunning!

Keep your eyes peeled for this film coz it was really good fun to make.

December is now upon us and I have some tutorials, mag work and filming scheduled. How these guys in my line of work manage too simply just go fishing is beyond me as my diary is constantly full! The first half of 2022 I managed a huge amount of large carp but the latter months have been solid with work with me having to hold back most of my results because of film release dates and magazine features.

Anyway, I’ll catch up with you towards the end of December so have a very Merry Christmas guys and girls from all of us at Dynamite Baits and Carp Spirit!