Dynamite’s man in form gives us the low-down on another mental month of carp fishing! Here’s how Ian Russell got on in May.

My year just keeps getting better and better and it’s fair to say May was off of the scale.

Myself and John Flewin decided to shoot our spring episode of 4x Seasons Carping over on Linear’s Brasenose 2 to give us an action packed episode with lots of spool spinning…As per, B2 did not disappoint. We had a wonderful few days laughing and catching some amazing-looking carp up to and including 36lb. These films do go down well and we have some very exciting venues lined up for 2022. 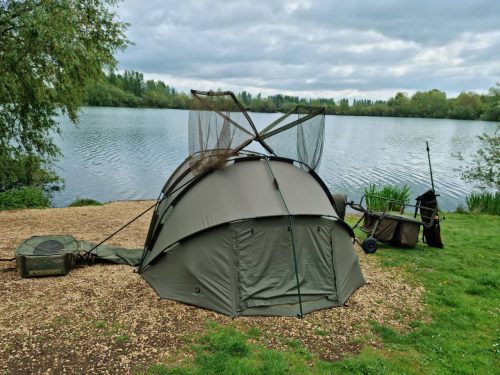 Two nets were needed during the filming of this 4x Seasons Carping episode! 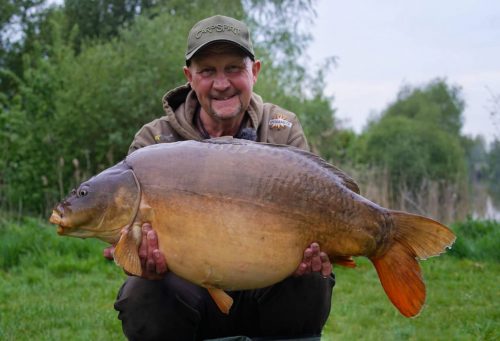 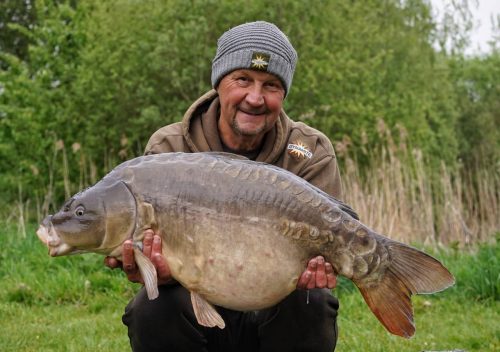 Followed by this lump at 36lb

This month also saw myself, Michael Poulter and Andy Mackie attend a couple of open days, with those being at the Tackle Warehouse and Poingdestres in Southampton. I do enjoy these as it is great to meet and chat to the anglers that use our products and listen to their success stories.

My own angling has gone from strength to strength. This summer I chose to have a few trips over on RK Leisure’s Church Lake at Horton and what a good decision that has been. I watched the weather and with a big change coming up I managed to move work around to give myself a three-night session.

After having my Mum and Brother over for Sunday dinner I set off and arrived to find only one angler at the end of the lake that would receive the new wind the next day. I placed my barrow in a swim called ”One-Up’ and signed myself in at the lodge.

Knowing the amount of big carp in here and also knowing that most of the church regular’s only use a baiting pole (even in open water) meant that these carp would be hungry only ever being fed a spoonful at a time.

So, out went 5 kilos of mixed 12mm CompleX-T and Dynamite XL Sweetcorn. Over this I fished one rod on the New Yellow Pineapple and Banana pop ups and the other rod on Sweetcorn. 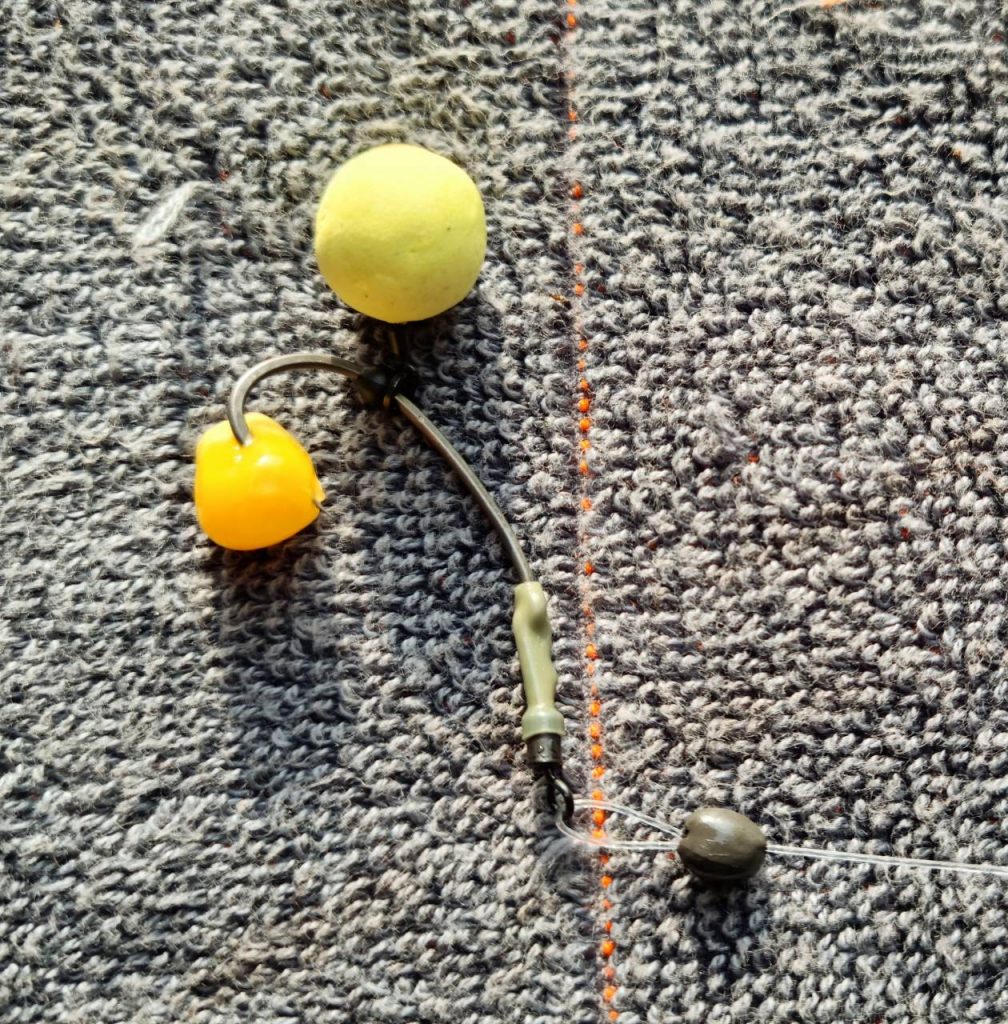 The next morning at 3am I had a 38lb common and just knew I had made the right decision with the heavy baiting approach. Myself and Terry, who was next door in the plateau swim, then sat up drinking tea and chatting all things carp related.

The wind then arrived and with it came a whole load of hungry carp. As I have written this up for a magazine feature I won’t go into too much detail but suffice to say the trip was amazing and the list of captures went as follows: 38lb common, 33lb 14oz mirror, 44lb 8oz mirror, 40lb 4oz common, 45lb 8oz mirror, 37lb mirror, 43lb mirror, 38lb mirror and a 35lb mirror. I was absolutely blown away as you can rightly understand! 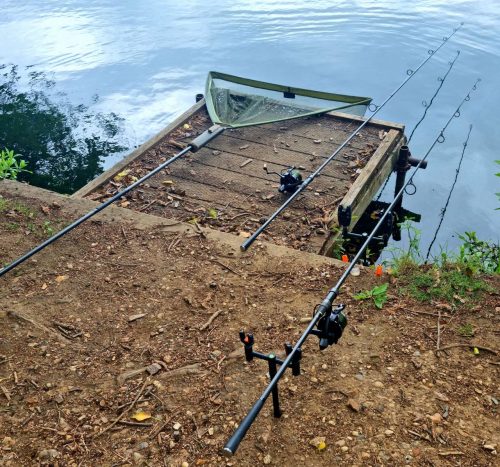 Horton has been tremendously kind to Ian over the years! 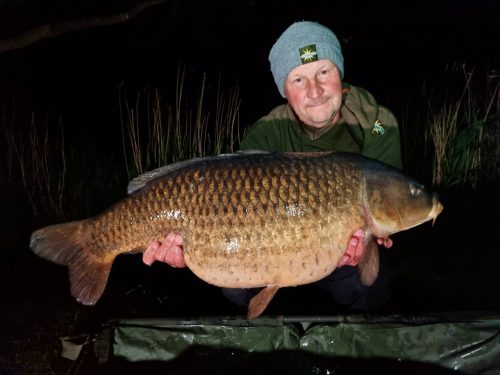 A 38lb common to kick-off proceedings. 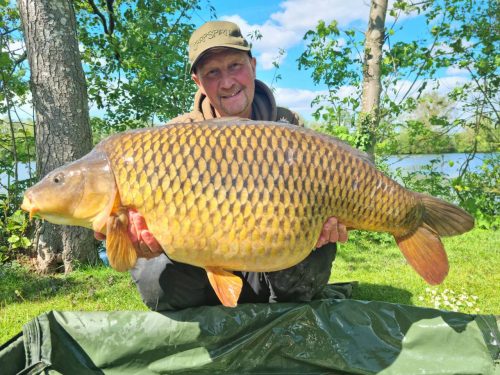 ‘Goldie’ at 40lb 4oz also made an appearance!

A few dayss later after catching up with work I found myself with 24 hours to spare so off to Church it was. Unsurprisingly the lake was rammed and the fellow who leapt straight into the swim I had fed had landed a 51lb mirror first cast…Robbed or what but work is work and I had to go that day.

So with the lake being packed I thought I’d have a look on the adjacent lake – that being Kingsmead One. As I sat in a swim known as ‘Dog 1’ there was a steady wind blowing into it and a good few carp showing.

Decision made and I quickly set up shop. The next 24-hours was again incredible and the more 12mm CompleX-T and corn I introduced the more they queued up to get caught. I packed away the next morning having had 10 takes which also included a 5lb tench and nine carp up to 51lb 12oz which was a mirror known as ‘Mr Pink’. Most of the others were 30’s as well! These lakes are truly something else. 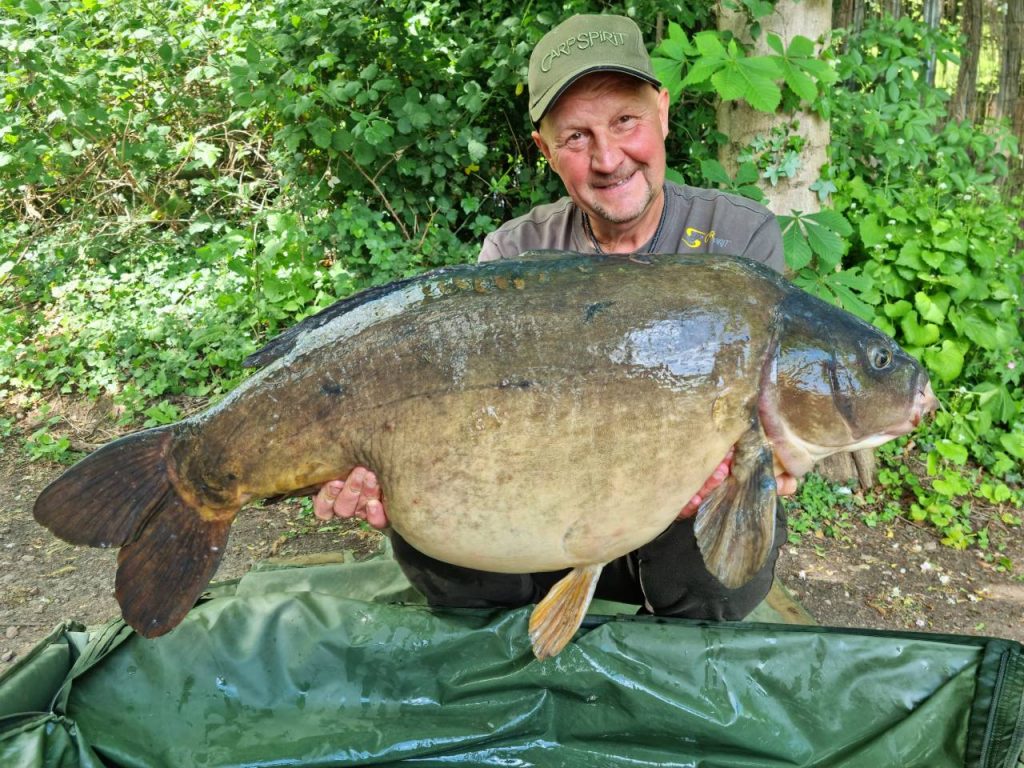 A product filming trip was next up with Steve Coe for Carp Spirit and we chose Linear’s new complex Tar Farm as it would be reasonably quiet so we could get our work done.

We achieved this whilst also catching a fair few carp to low 20s. Steve is great fun to fish alongside and he reminds me of a young me. Full of energy and wanting to catch as many as he possibly can in his given time on the bank. 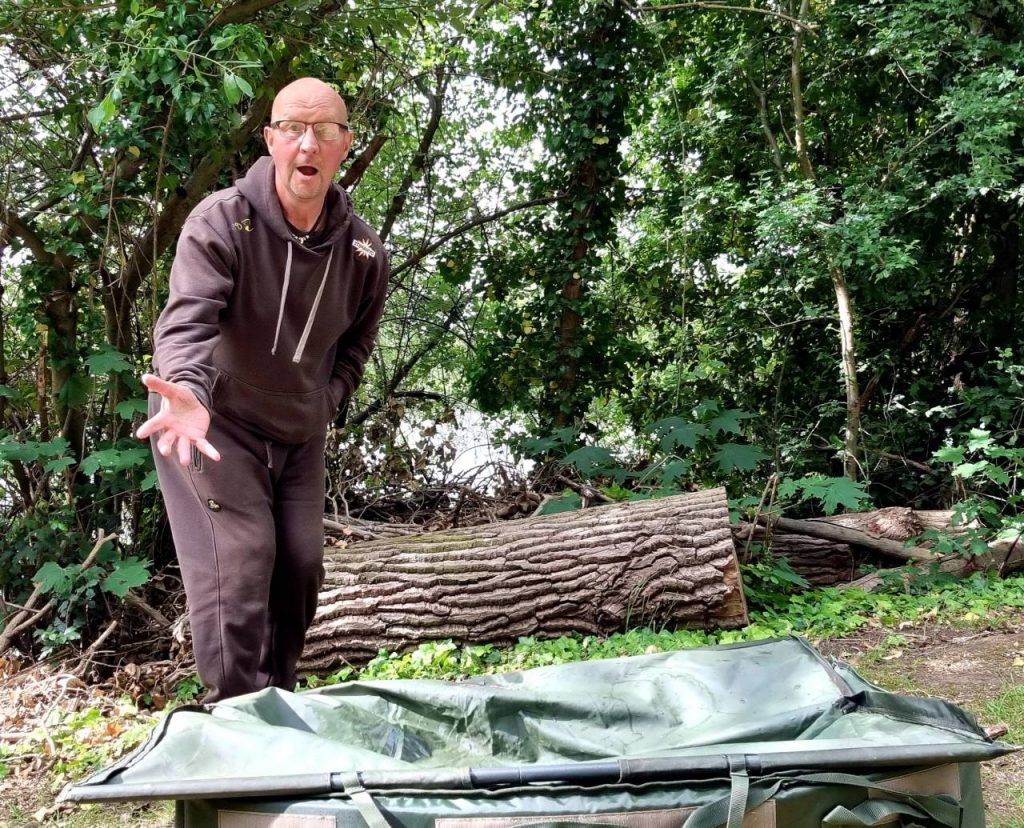 There’s always time for a bit of banter on the bank.

The next week saw me attend a sea boat angling contest with my good friend Mark Taz and although I spent a large proportion of the day feeling somewhat unwell, we managed a third place out of 152 boats! God only knows how.

I have literally just returned from another 24-hour trip over on the Church Lake. I arrived at first light to find a large group of carp up in the bays. That was my choice made again for me by the carp and over the next 24-hours I managed four fish including a lovely 41lb mirror called Lesters.

Unfortunately my remote camera system ran out of battery power so I had to photograph him on our new Ultra Protection Mat before slipping him back to fight another day. 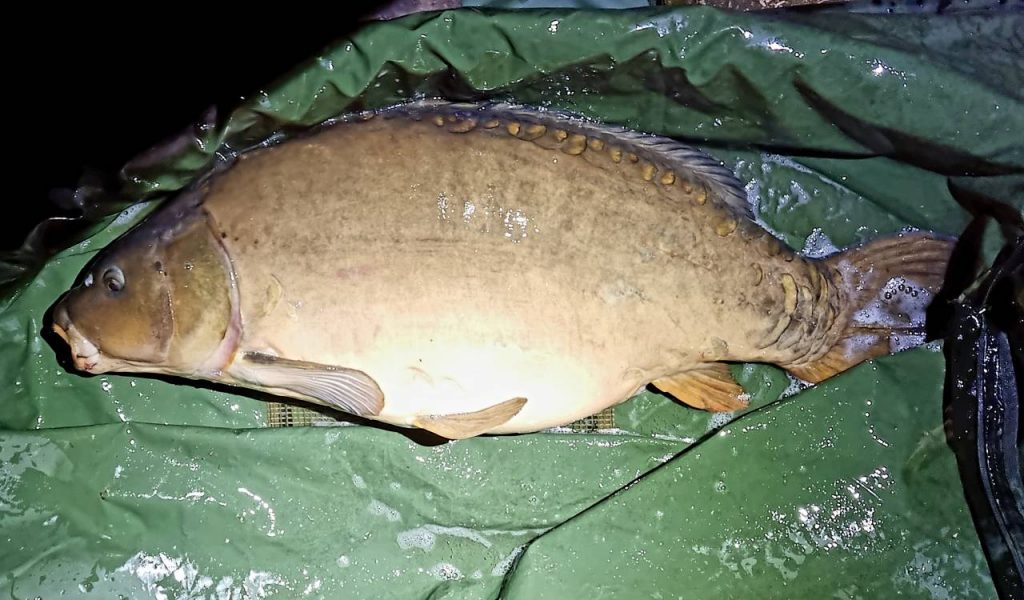 A shame the batteries ran out and Ian couldn’t get a proper pic of Lesters, but a fine specimen none the less!

So there you have an amazing month of May in my world.

Until next month, tight lines!