A slight change of pace for Ian in September with a relaxing trip to Devon with his son kicking off proceedings, before filming trip and some personal fishing on RK Leisure lead to the capture of a new personal best! Here’s Ian Russell’s Diary entry for the month of September…

First up was a mini family break at the tail end of August/start of September at Neal Johnsland’s fabulous Johnsland Fishery in Devon.

I met Neal many years ago on the RK Leisure complex and he always said his dream was to someday build his own fishery and what a beautiful fishery he has created. The facilities are second to none and suit family holidays perfectly… the fishing was also hectic at times! 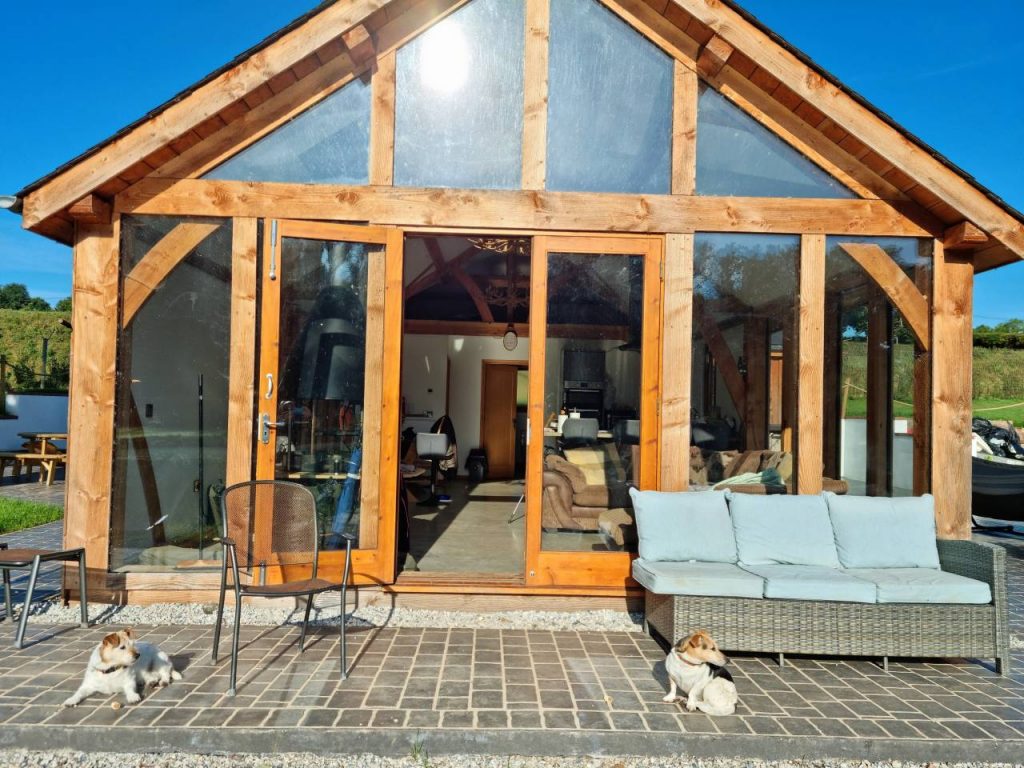 Just an example of the stunning accommodation at Johnsland Fishery!

We arrived on the Friday lunchtime for a three-night break with my youngest son Lee who suffers really bad with severe MS. He’s been having a real tough time recently so it was gonna be lovely to have a few family days with him.

I had taken with me lots of CompleX-T and Spicy Shrimp & Prawn baits as well as Frenzied Hempseed and XL Sweetcorn. I baited two areas against the far margin heavily and one area directly in front of the house but out in the middle this time. 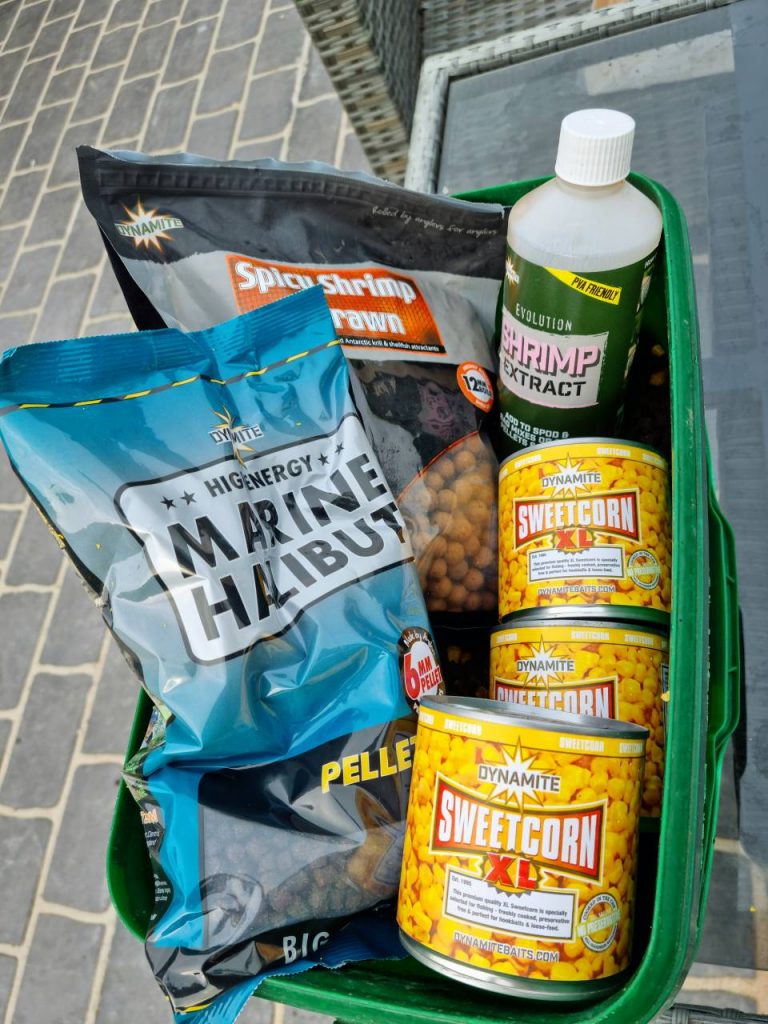 Ian brought in the good stuff for his family trip to Johnslands!

The first bite was on the far margin rod and what a start with a lovely 34lb mirror gracing my net, closely followed by one of Neal’s home-grown babies at 8lb.

Throughout the trip the afternoons proved to be the most productive by far and I was even chasing bubblers right outside the house door with 1oz leads and small bags of boilie crumb… with this tactic producing three mirrors of 24lb, 28lb and 30lb.

The largest of the trip proved to be a glorious-looking 36lb mirror from the far margin area. 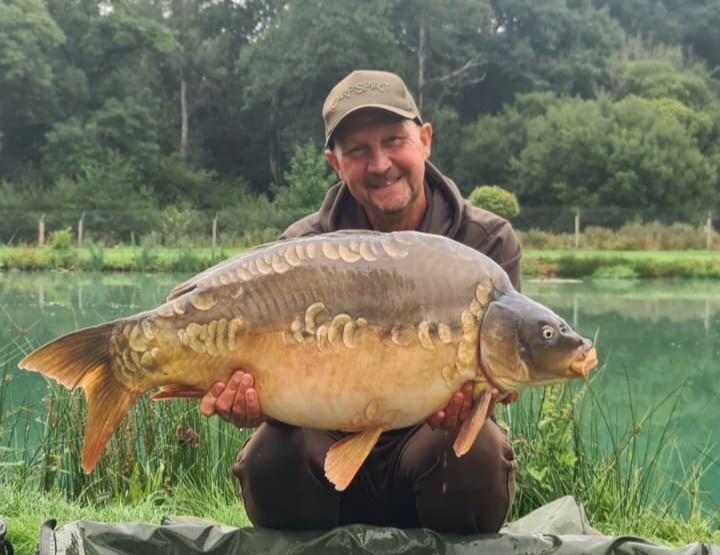 All together 12 carp were caught and a random Perch lol. We had a lovely chilled time and Lee also managed a 30 which gave him the chance to forget about his trauma for a while. Thank you Neal and family for a wonderful time and we will most certainly be returning. Check the place out on FB it truly is a beautiful, quiet, peaceful place. 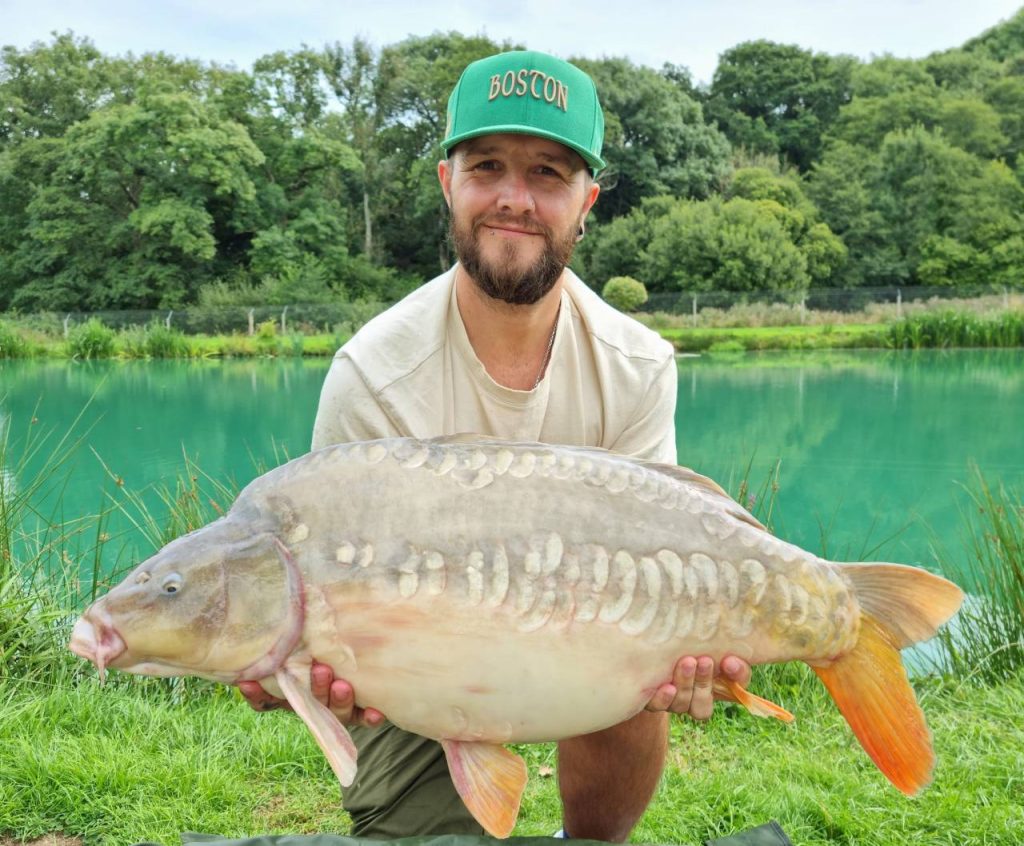 Following this trip, I sneaked a 24-hour session over on RK’s Church Lake. With so much work on this year I really am struggling to string together a few nights were I really want to be.

Some may scoff at that statement but unlike other sponsored anglers who literally just go fishing, I fill my diary with work sometimes months in advance. Anyway, the Church for 24-hours it was and at 3am I was rewarded with a very hard fighting carp which turned out to also be a new PB in the shape of the ‘Little Leather’ at 38lb. 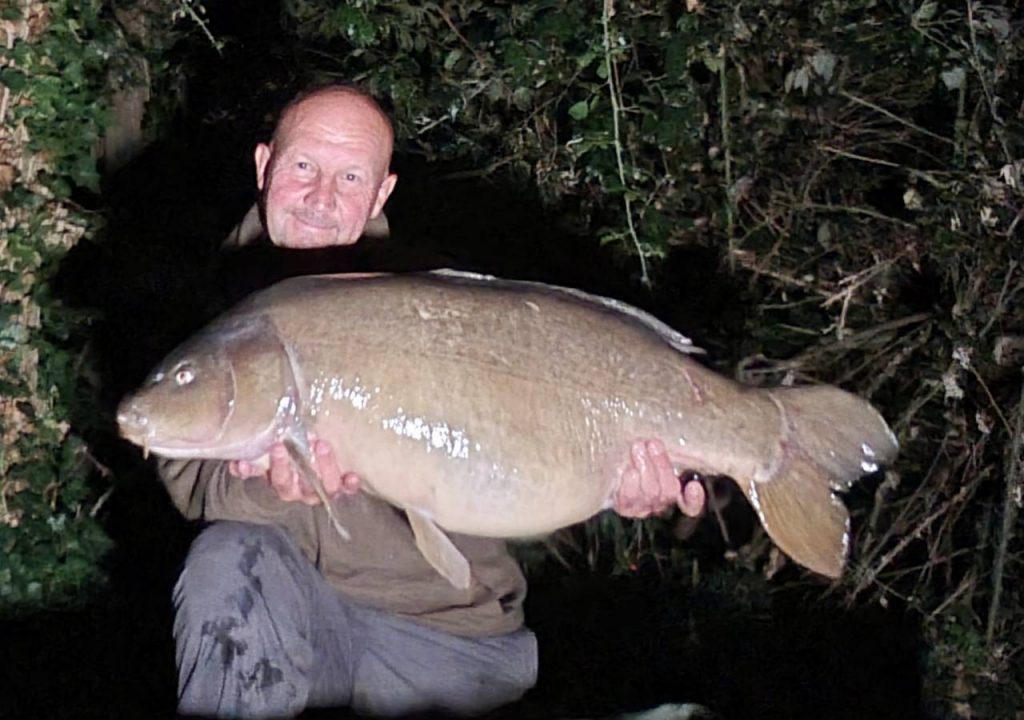 A proper result for Ian on his return to Church. The Little Leather at 38lb!

I had done really well on there with my limited time and in only 8 night’s angling had managed 21 carp in total. Bring on the winter when I may just get to have a proper couple of trips! They certainly love the Spicy Shrimp & Prawn/Sweetcorn combo on there. 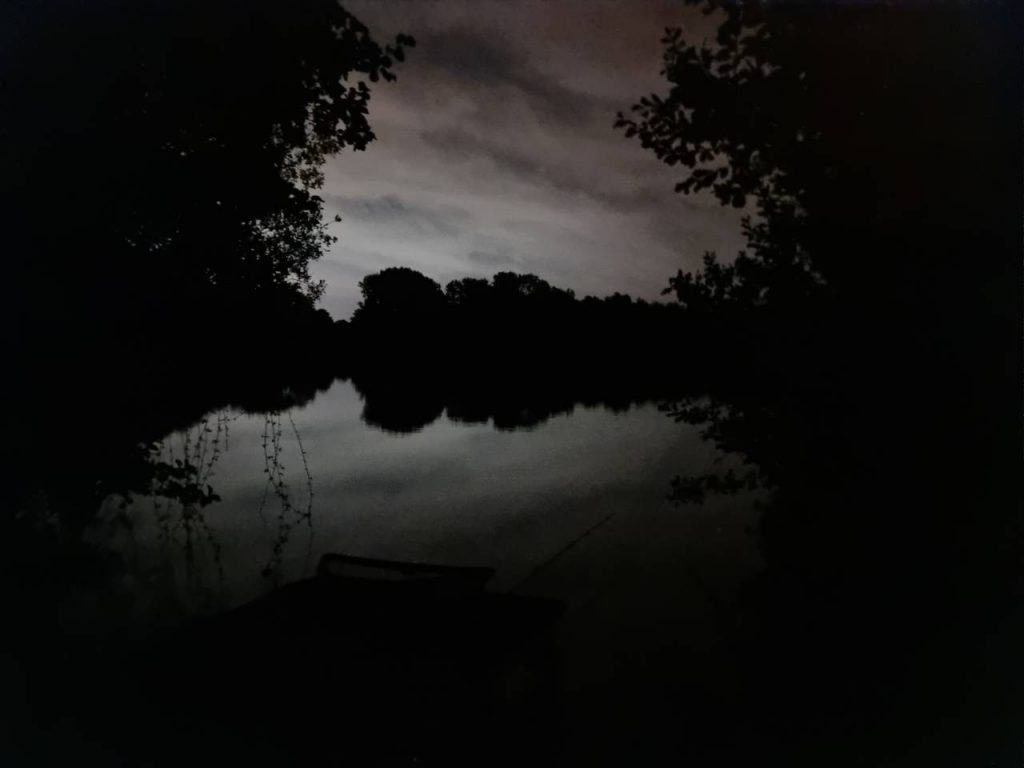 I had this month also presented the excellent and extremely well run BYCAC at Linear Fisheries’ St Johns Lake.

I have to say the skill levels of these young competitors is mind blowingly high considering their ages. The event ran as expected very smoothly as well as the World Champs which was being held over the road on Hardwick Smiths and Brasenose 2 in which our England Ladies scored a silver. A Massive well done all round! 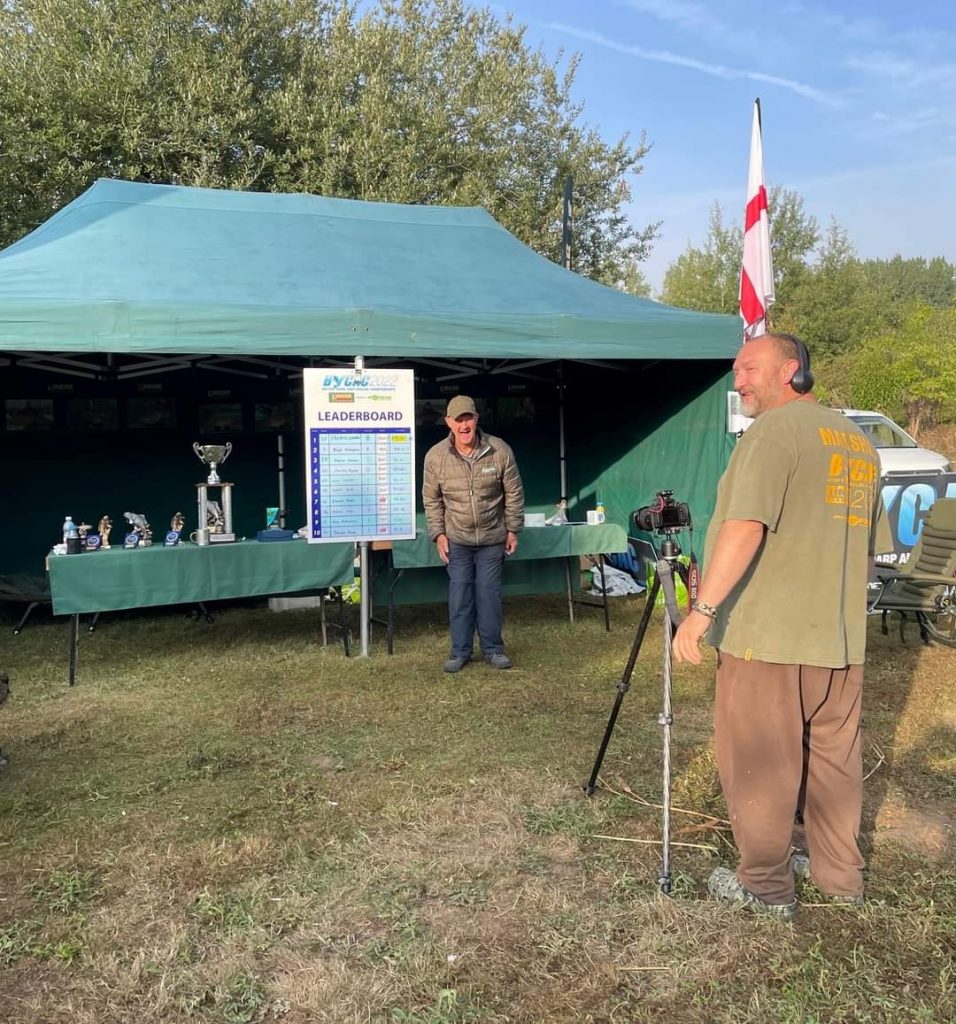 Fun and games at the BYCAC!

Myself and Steve Coe then headed off to film our last episode of Carp Pursuit on that awesome Yateley Lake Sandhurst.

I used to spend a lot of time on Sandhurst a good few years ago so was really looking forward to a couple of nights over there. 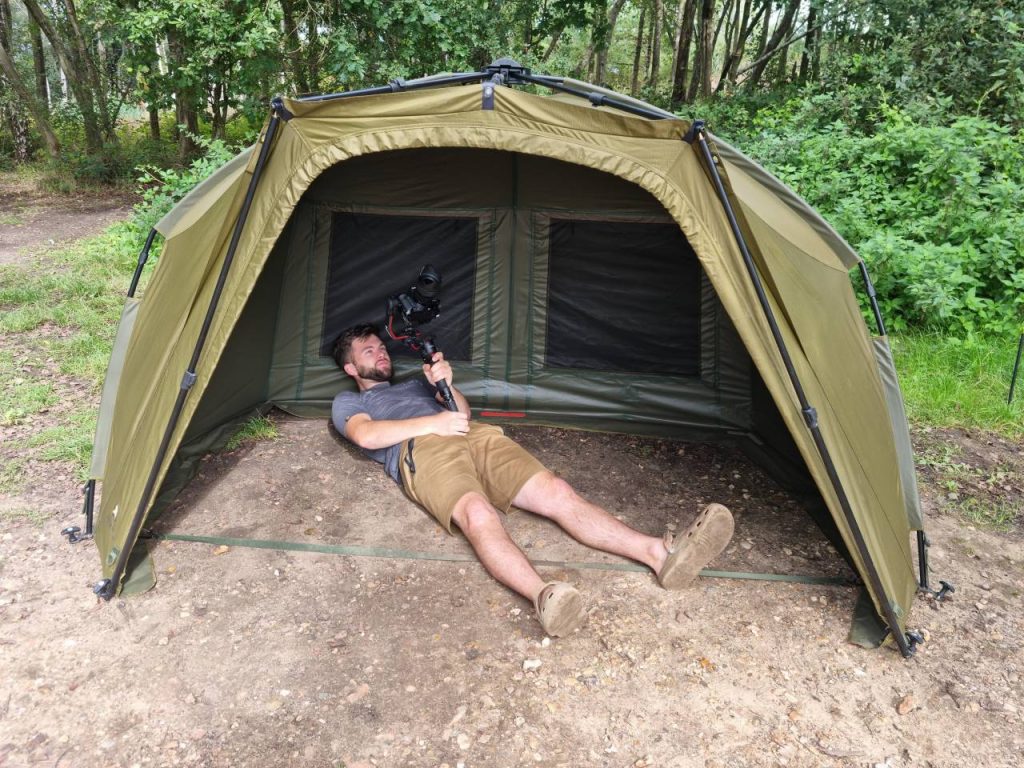 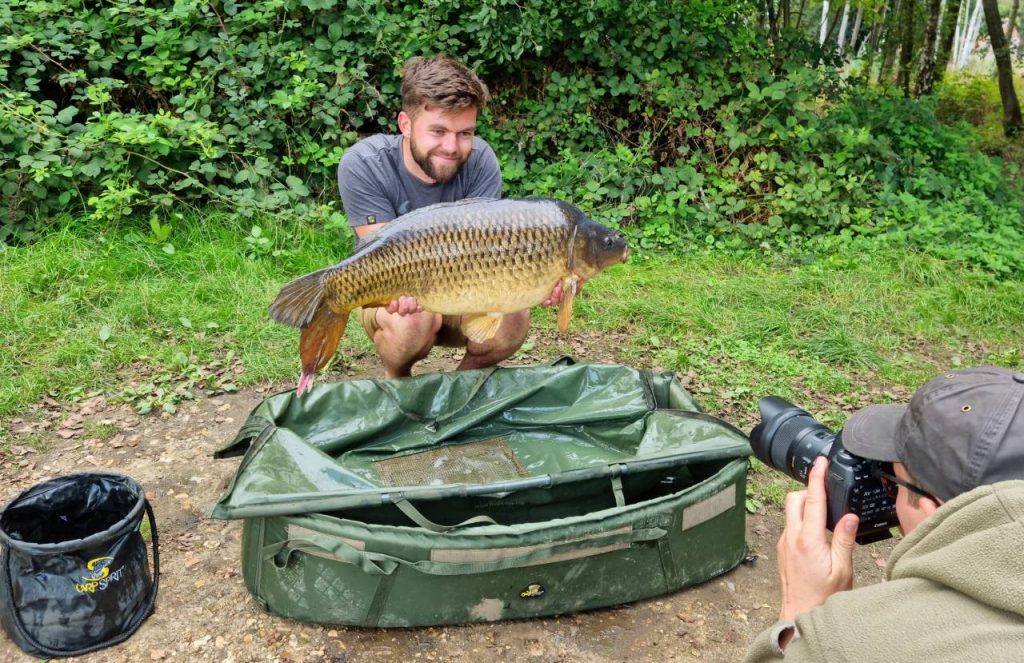 A nice little common for Videographer Steve during filming at Sandhurst

To find out how it all went keep your eyes peeled for when it goes live soon… We had a great time with some good results! Thank you Nick and his very, very helpful bailiffing team lead by my old mate Steve.

A tutorial was next up over on B2 with Danny Boy who was using probably the smallest reels I have ever seen so consequently struggled to reach the normal B2 productive areas but we did cover all things carpy that Danny required and I did recommend he sort himself a set of Okuma T-Rex reels in the near future.

At the time of writing this I received the most incredible news that Rob Hughe’s England lad’s have secured a Gold in the World Champs! What a fantastic result from a team of superb anglers who totally deserve the victory. Well done all involved!

Well next month for me is again a full and busy Diary which includes my next film with the Cypography lads and we are going over to fish the Isle of Wight’s Combley Lakes Main Lake. This should be interesting to say the least…

Catch you next month and tight lines