And just like that, it’s time to pick our July SAS Competition winners! July was one of the hottest on record with temperatures nudging over 40 degrees in some areas of the UK. This put fishing on the backburner for a lot of anglers but opportunities to wet a line were aplenty in between those hot spells…

Taking our first place spot in our July SAS Competition was Rob Crook with the capture of a lovely dark mirror on a Red-Amo bottom bait. Whilst it won’t break any national records, it was the story behind the capture of this carp that assisted in us awarding Rob the £100 RRP Dynamite Baits allowance.

Rob said: “Armed with a bag of floaters and a loaf of Hovis’ finest, I thought bagging a bite off the top would be easy considering the conditions. I couldn’t have been further off the mark as they spooked off the mixers and had no interest in the bread whatsoever.

“However, climbing up one of the trees and watching for a few hours give me a clear indication of their patrol routes. I poled out some of the flaked boilie chops and a few whole Monster Tiger Nut and Red-Amo boilies in the edge between the marginal shelf and a weed bed to gauge their interest and potentially build a feeding response.

“Initially both my MTN pop-up and Wafter hookbaits were ignored and they seemed too obvious for the situation laid in front of me. A quick tactical change to a Red-Amo bottom bait soon drew a response however and I almost fell out of the tree watching this absolute banger shake it’s head in an attempt to throw the hook!

“The fish wasn’t weighed unfortunately as I didn’t have my sling with me as I thought it would be more of a recce than a day session, but I couldn’t be happier with this one!” – Congrats Rob!

Finishing in second place was last month’s SAS winner Dalton Wilding with a cracking Salford Quays common on a Red Hit N Run Wafter! The 22-year-old has been in fine form recently and this fantastic urban capture was more than worthy of the second place prize of a £60 Dynamite RRP allowance.

Coming in third place was last month’s runner up Matt Heath who banked a 29lb common from his Norfolk Syndicate. The 37-year-old had found a shallow 2-3ft-deep bar around 125 yards out which he baited at night with CompleX-T boilies, Frenzied Tiger Nuts and Frenzied Hempseed to try and avoid the ducks from snapping it all up! The ploy worked a treat when in the morning the fine common picked up his matching CompleX-T Foodbait pop-up.

Finally, our junior prize was won by 16-year-old Ethan Wilson who bagged himself this mega mid-20lb common during a 48-hour-session on Broome Pits‘ B Pit. Ethan has spotted a group of patrolling along a margin and after finding a clear patch of gravel in the area, baited it with some crushed Source boilies and hempseed before casting a matching Source bottom bait over the top.

As always, all the month’s catches count towards our yearly prize. Who will follow in Jake Waterman’s footsteps and take this season’s crown? Submit your monthly catches towards our competition and it could be you! 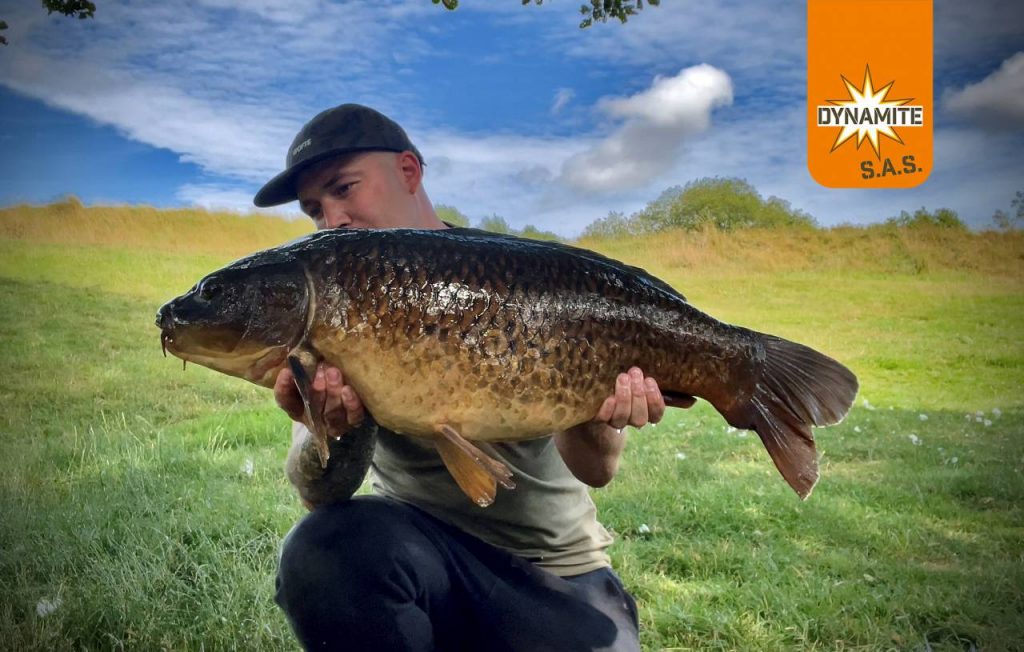 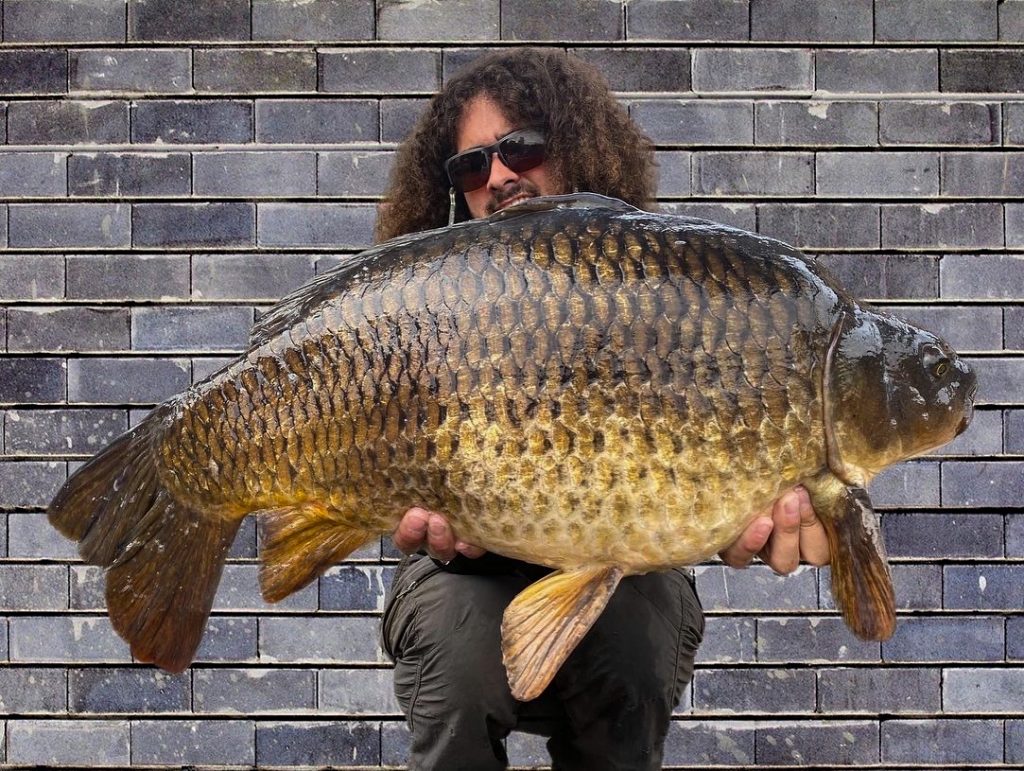 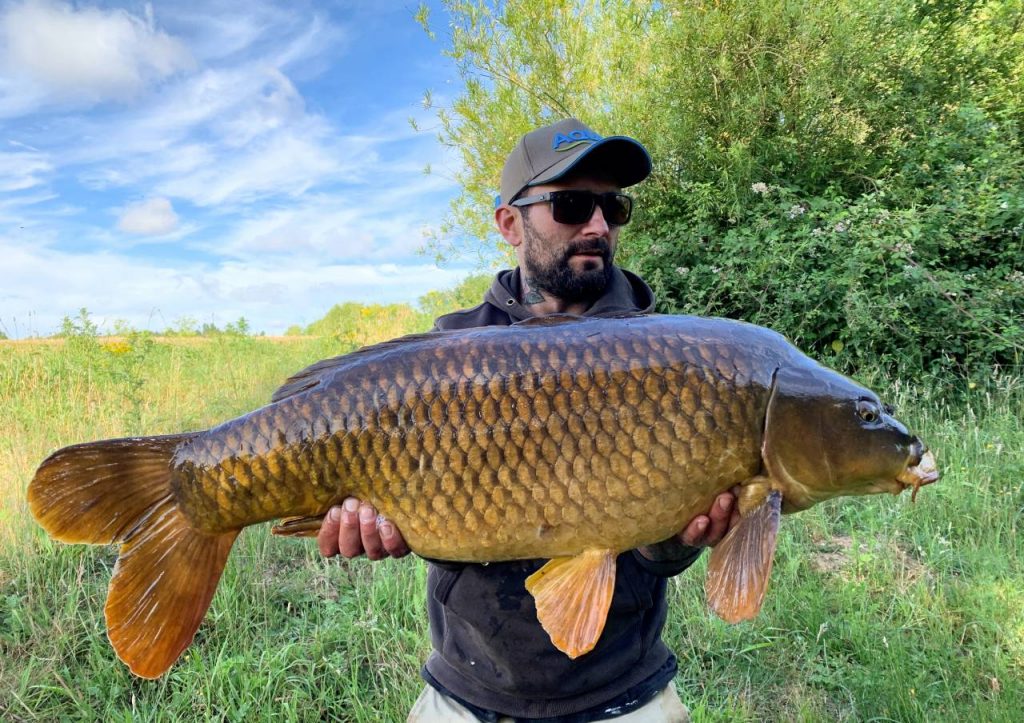 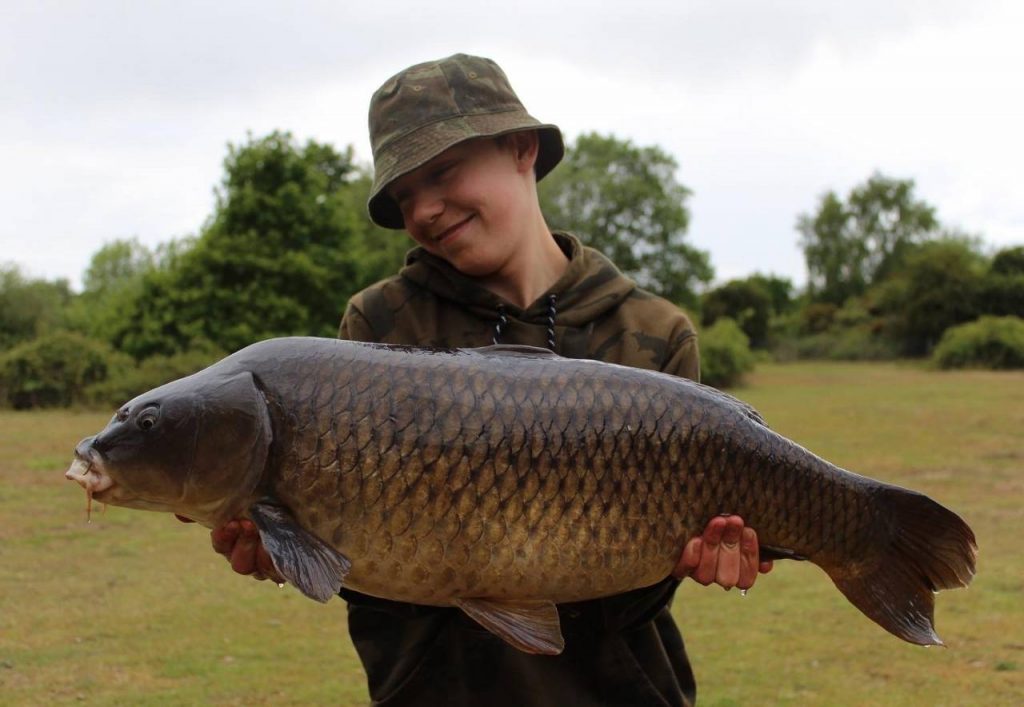