Mere ounces and weight countbacks made for a dramatic end to the Dynamite backed King of Makins festival.

With numerous anglers starting the day in contention, the final match of the series held on Phase Two of the fishery saw several names waiting nervously at the final whistle.  In the end, Korby Hugill claimed victory by a single point from Dan Hull and Gary Cook despite a match winning 79lb 18oz by the latter.

Korby began the day a point behind leader Ian Crossman but a perfect section win on Crator Lake, and some disappointing results from those also in contention, saw him head the field with his 66lb 7oz. Korby’s catch was made up of mainly carp to 7lb, which he caught using our SwimStim Green Betaine pellets. Amazingly, the Mablethorpe based youngster had never fished Makins before this event! He said: “Ive turned up not really expecting anything but some handy advice from the locals has kept me in the hunt. It just goes to show its worth turning up for each round on these festivals. I think today, I’ve actually caught less fish than some of those around me but they have just been a better stamp.” 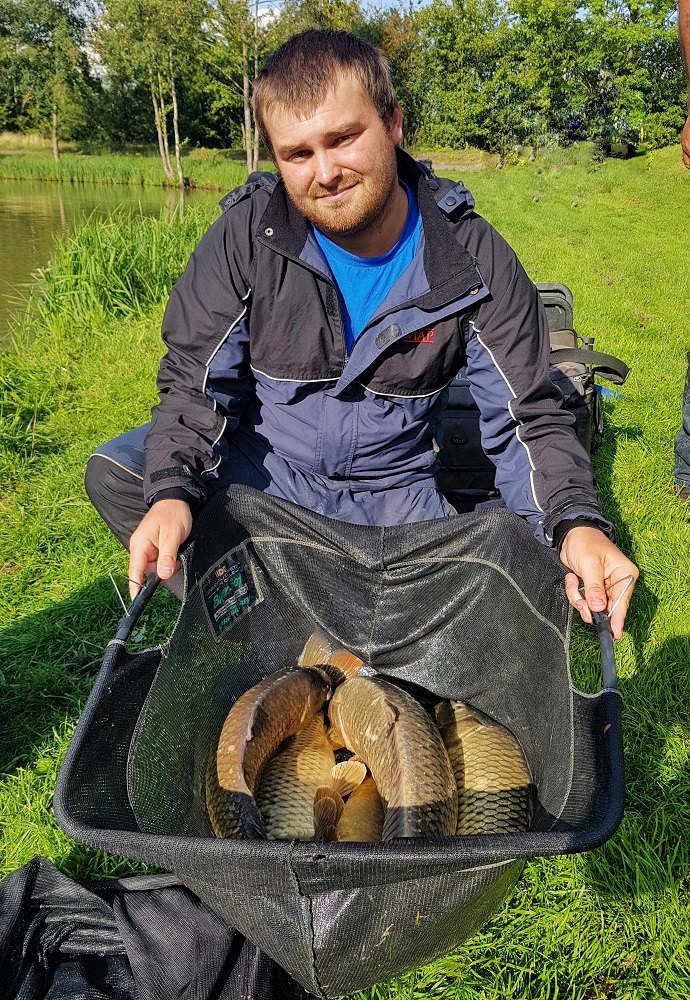 2018 King of Makins, Korby Hughill with his section winning catch..

Pegged next door, Dynamite’s Dan Hull managed to claim second place in the festival on weight countback from match winner Gary Cook after both finished on a total of 5 points. An ounce less for Dan could have seem him drop to third overall after he recorded exactly the same weight with another angler in his section. However, both men received two points for second place in the section and this gave Dan the point he needed to match Gary’s total and then beat him on overall weight.

Weight countbacks were needed further down the field too with Gareth Hawley, Ian Crossman and Arek all finishing on seven points a piece with their positions decided on overall weights. 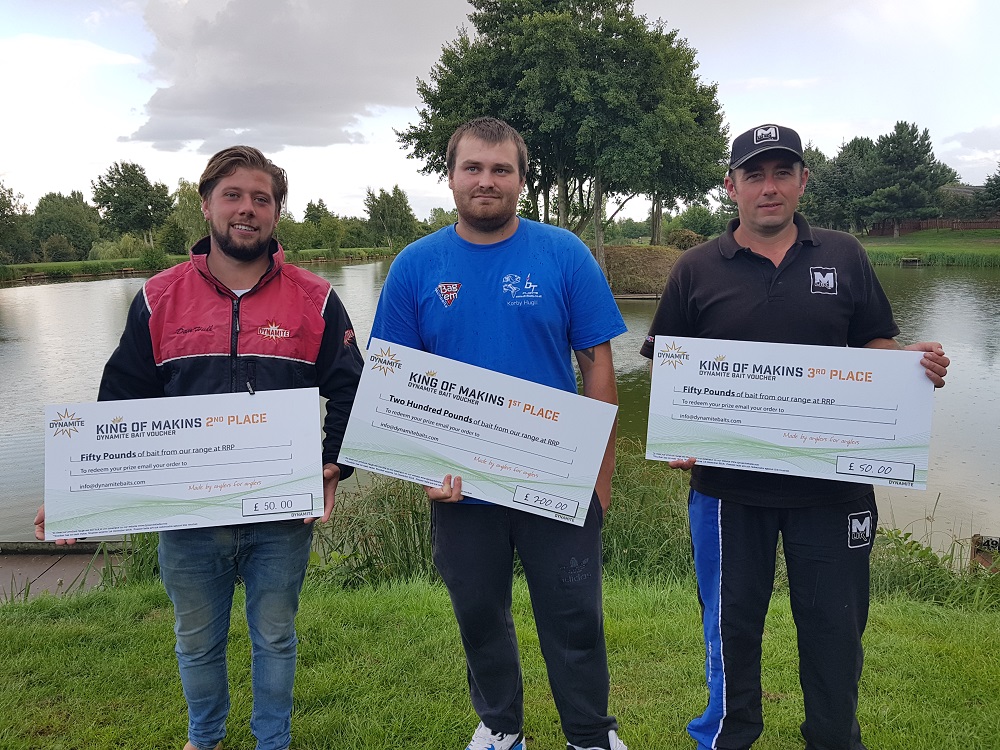 There were some solid performances from several other anglers in the field too, no less so than 12-year-old Jak Carne who fished all three rounds and earned some handy section points along the way including on the final round where he beat several anglers around him to finish fifth in the section. 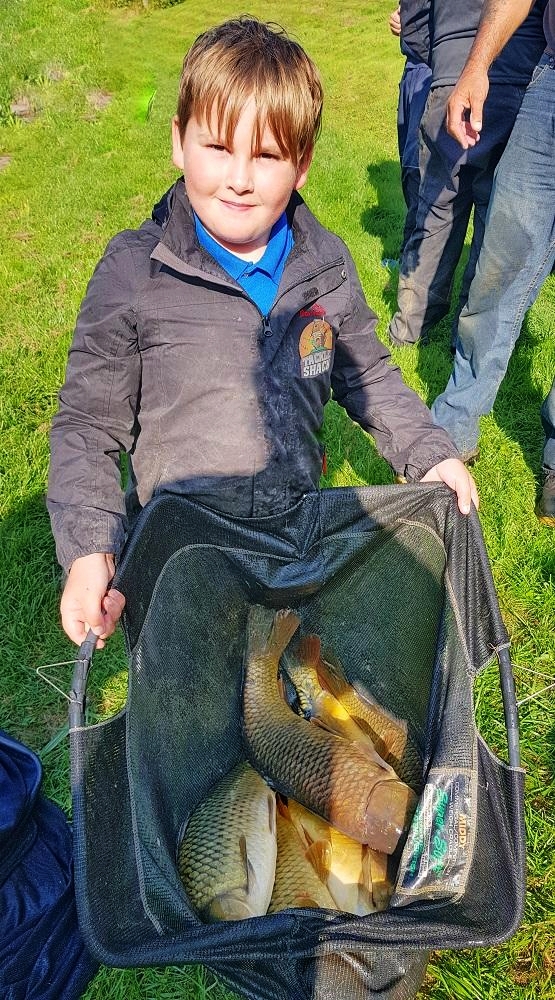 12-year-old, Jak Carne with his final day net which earnt him a well earned 5th in his section and just outside the frame overall.

The Overall Leaderboard (after three rounds)