The Big Fish Hunt: Round Off Your Season with a Back-End Bonanza

To kick-start a brand-new series of ‘The Big Fish Hunt’, Specimen ace James Champkin reveals his top three species to target as the river season comes to an end…

As I write this, we are all stuck in a nationwide lockdown and have just emerged from some of the worst weather conditions for angling that I can remember. Massive floods lasting weeks followed by some of the coldest temperatures the UK has experienced for decades left me tidying up the garage and wondering when I might find the opportunity to grace the banks once again. However, suddenly the weather has drastically changed for the better and the end of the river season is looming.

Snowdrops have reared their heads and in some parts of the country, daffodils are already on the cusp of blooming – spring is just around the corner and the fish know it, which is why you absolutely HAVE to get yourself out there over the next few weeks.

We might still only be able to fish our most local venues, but that doesn’t mean you can’t put yourself in with a chance of enjoying some superb back-end action. Here are my top species to target before March 14th draws another season to a close. 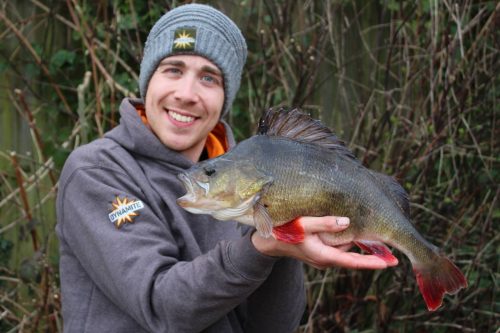 The species upon which I choose to concentrate my efforts during these critical final weeks of the season depend largely on the weather, but perch are a good all-round option because you can find big fish in both still and flowing water.

Female perch progressively fatten up as they near their annual spawning rituals that generally occur in early April, with milder conditions encouraging them to feed harder, and consequently March is a fantastic time to be targeting a really huge fish.

Last year I caught a 4lb perch from the River Lea just one day before the season ended, rounding up a season long hunt for a fish of that size and proving that there is no better time for a big stripey.

Try to find areas where small silver fish are shoaled up. A large lobworm fished on a very light link-leger and quivertip set-up is deadly, feeding little and often with broken lobs and red maggots. 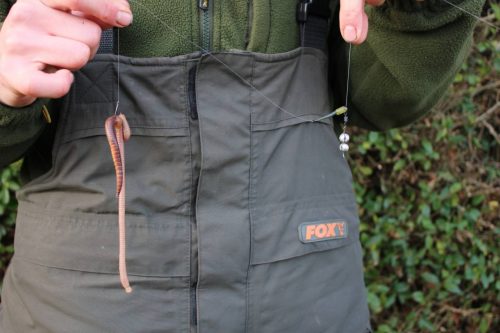 You’ll struggle to beat a whole lobworm hookbait for a big perch.

Barbel also reach peak weights as March 14th approaches, and the milder conditions that we often begin to enjoy as the early spring sunshine shows its strength improves our chances of catching them.

Any spells of southerly winds, rainfall and temperatures into double-figures will offer opportunities to catch barbel, although for the largest specimens and even in heavily coloured rivers, it still pays to fish well into the hours of darkness to maximise your chances of connecting with a leviathan. 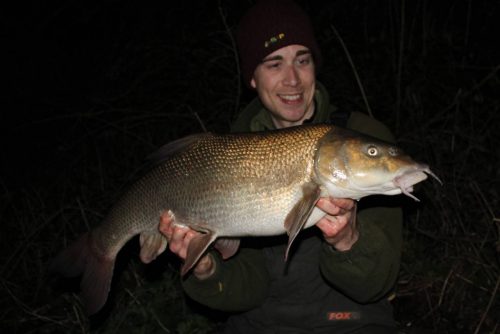 A small Source boilie fished with a small PVA bag of crushed baits and wrapped in a small amount of matching paste is hard to beat for ‘old whiskers’, but it is often how you introduce your baited rig into the swim that matters most. Always minimise disturbance by feathering casts or lowering rigs in where possible, and make sure to use a backlead to pin down your mainline. 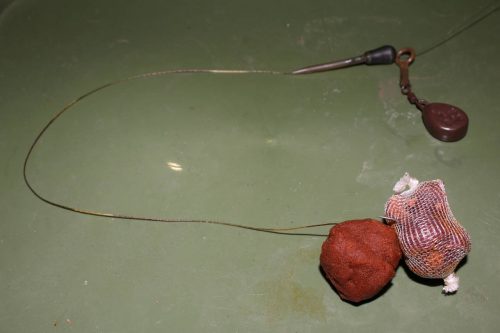 Chub are a reliable target species throughout the coldest months, but they too are often in peak condition and weight during February and early March.

A good friend once told me that big chub become significantly easier to catch during those final few weeks of the season because they simply HAVE to feed, lowering their natural caution that can make them so tricky to hook for most of the year.

I’ve found this to be completely spot-on, and all my largest chub weighing more than 7lbs have been caught in February and March. 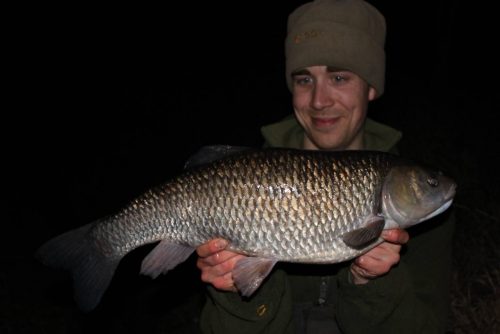 Boilies are a superb bait for big chub, and particularly so on river stretches that are heavily fished by barbel anglers. A 15mm Source boilie and a small PVA bag of matching baits has been my go-to rig for big winter chevins for years, but for too long I ignored the humble maggot.

Another mate reminded me last year how devastating red maggots can be for difficult chub, and sure enough, after struggling on a tricky venue for months, I made a switch to maggots and quickly caught an enormous fish of 7lb 7oz! I often dust mine with Source stick mix a couple of days prior to fishing to increase their attraction. 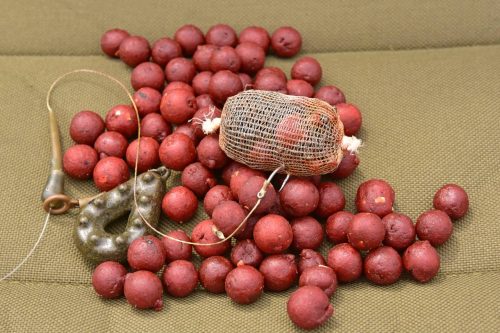 Alongside using red maggots dusted in The Source Stick Mix for chub, James also likes to use a 15mm Source boilie fished on a short hair alongside a PVA bag of matching boilies.

Now more than ever we all need an escape from the stresses of daily life, and a day spent wandering a river in the weak spring sunshine can be just the tonic required to make you feel refreshed. It can be easy to make excuses and find other things to fill your time but make the effort to fit in a few days on the bank before the season’s end. You won’t regret it!