This month, specimen ace, James Champkin reveals his top tips and tactics to help you net your next PB bream. 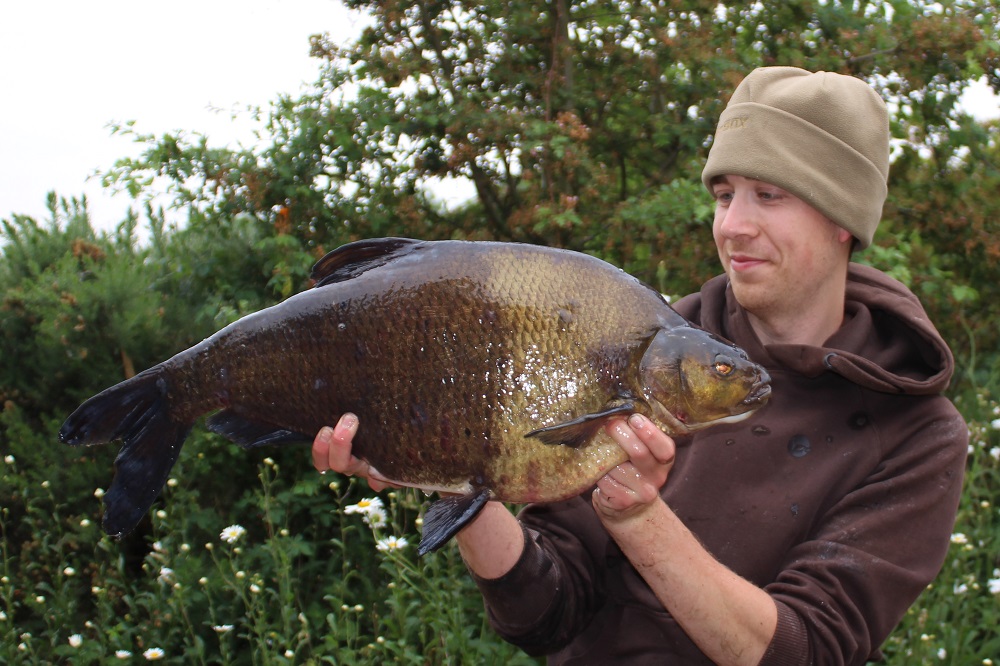 It’s late spring and all around the countryside there is new life and a feeling of optimism. There are two primary species that I always associate with this time of year, and they are bream and tench.

I’ll be covering my approach to tench fishing in the next installment of this advice series, but this month I really want to focus on bream because frankly there is absolutely no better time to get out there and bag yourself a big slab!

Overnight temperatures can still drop close to freezing point but bream are often very catchable throughout April and May as they build up to spawning, which normally occurs towards the end of the month. If you are fortunate enough to catch them just prior to or just after spawning, they will often feed hard and you could be set for a bumper haul.

Despite the distinct lack of respect shown by many carp anglers to this ubiquitous fish, large bream are a more than worthy quarry for any keen specimen hunter, and an enormous slab filling your unhooking mat is a fine sight on any spring night.

Big bream weighing double-figures or more are now probably more abundant than ever, being found in all manner of different venues from shallow estate lakes to huge, windswept gravel pits, and the chances are that there is water not too far from your doorstep that will give the opportunity to bank a PB dustbin lid.

Venues that hold big bream range from relatively well-stocked lakes containing a good head of fish (where from my experience they are unlikely to reach weights much in excess of 13lb) to low-stocked, big fish waters containing a small number of very large bream – perhaps only one shoal. These lakes – predominantly expansive gravel pits or reservoirs – can be daunting and represent a challenge for even the most die-hard specimen hunter. 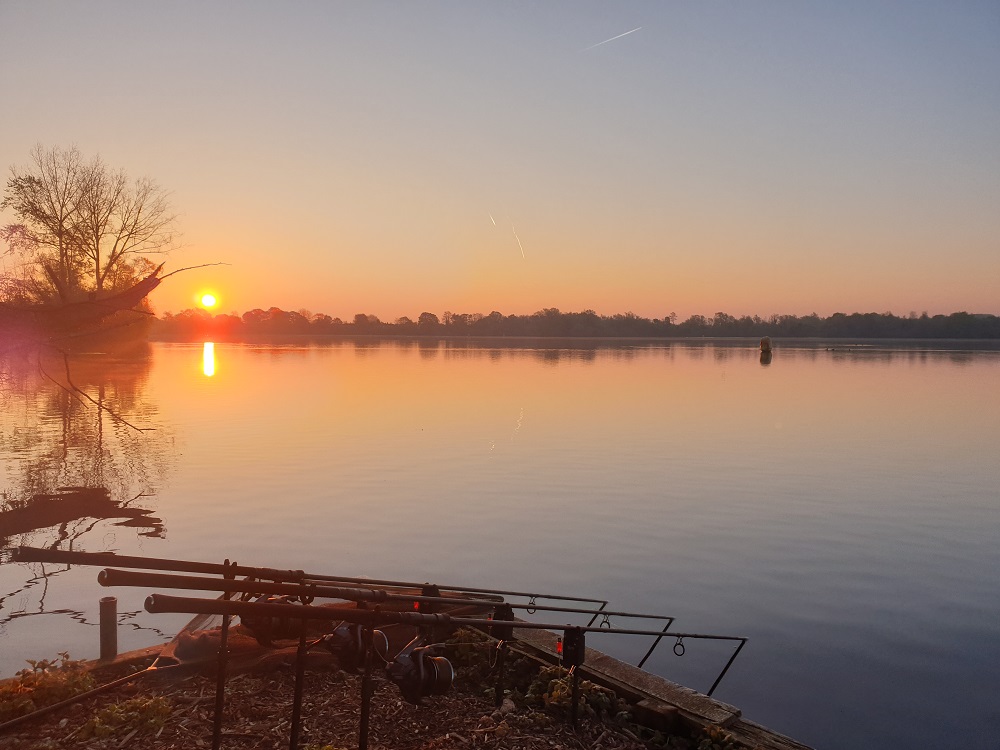 If you are an aspiring specimen angler who wants to break their bream PB, I would definitely try to identify a lake fitting the former description. From my personal experience, precise location is less important on these types of waters (which tend to be smaller in nature) and a large bed of tempting baits can often be sufficient to encourage the bream to reveal themselves. The latter type of water can be extremely challenging and the bream very difficult to locate; in fact, I’m currently fishing just such a venue, and I’m already racking up the blanks!

On most waters, big bream tend to be largely nocturnal so it’s important to fish effectively overnight in order to give yourself the very best chance of getting acquainted with the residents. The first few hours of morning light can also be a key time, so don’t be too keen to pack up early! Just like roach and tench, bream like to roll at dusk and dawn, so make sure you’re awake and alert during these vital hours when fishing overnight sessions as doing so can reveal a lot about the fish’s whereabouts.

Large bream on most venues seem to favour open water areas, and I would aim to fish upwards of 50 yards range. However, this is all relative and on small waters (< 10 acres) you may find the bream comfortable to feed at much closer range. Estate lakes tend to have very few significant features and when fishing these your baited area can provide the main attraction, but on gravel pits if you can pin-point raised areas of the lake bed, such as large plateaus or gravel bars, these are prime areas upon which to present your baits.

Keep it accurate – always use your line clips to make sure you’re fishing and baiting exactly the right area.

Location is always the single most critical element of any successful big-fish angling, but bait comes in a very close second when we’re talking about bream fishing. It’s often said that a shoal of bream graze like a herd of sheep, and it’s certainly true that even a small number of bream can smash through a simply staggering amount of bait! 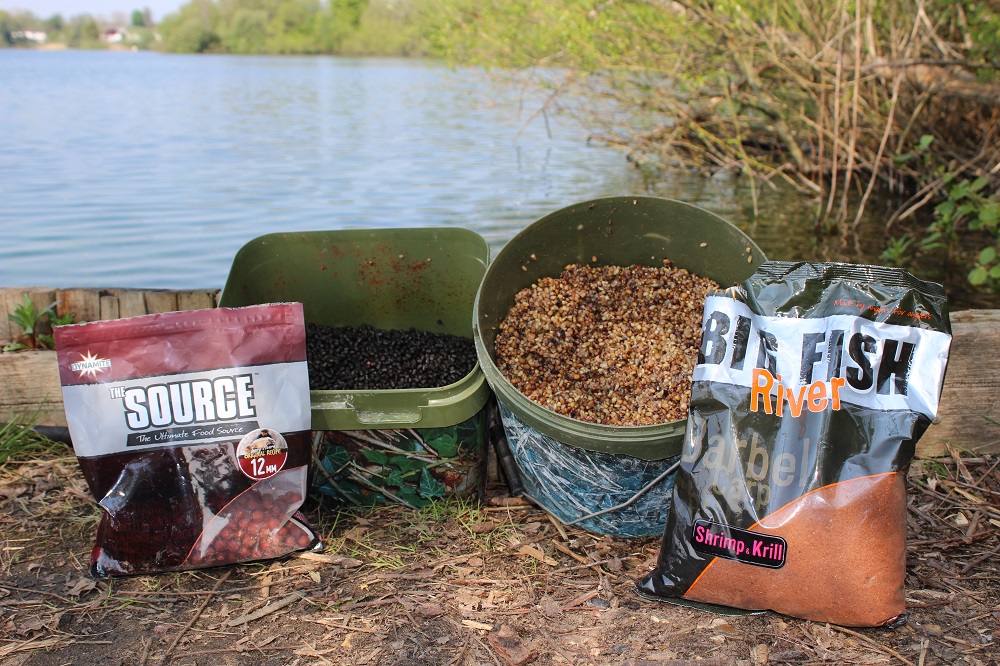 Bream can get through a lot of bait. Here’s some of my slab favorites

There are a huge variety of baits that you can put your faith in to draw bream into your swim, but it’s no secret that the species absolutely adores fishmeal and I always include lots of fishmeal pellets in my bream mix. This mix is usually formed from a combination of:

If I’m fishing what I believe to be a well-stocked venue, I will use a Spomb to lay a large bed of bait over an area roughly the size of a snooker table and fish two-three rods over the top of this.

This initial hit of bait will often consist of 25kg of the mix described above, which might sound excessive but a shoal of bream can make quick work of even this quantity, and you must be prepared to top up the swim if you are enjoying regular bites! 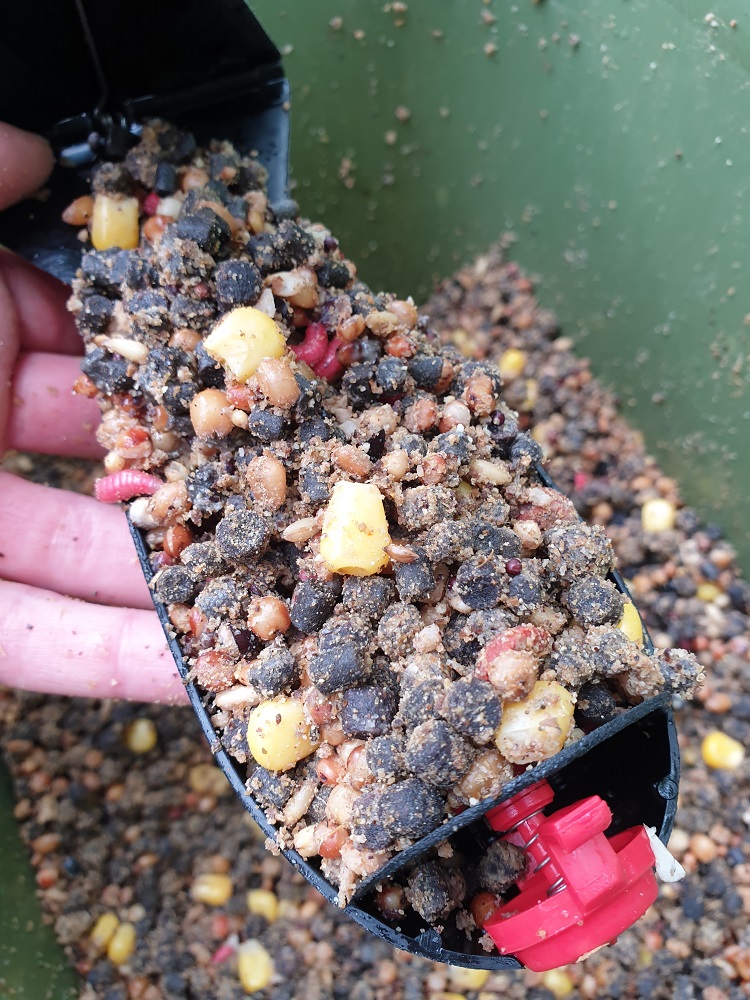 Despite their appetite, I think this mix comprising so many small particles and pellets keeps the bream working around the swim for every last mouthful. I also often glaze my pellets with fish oil, such as Dynamite’s Evolution Smoked Salmon Oil, which gives off a lovely slick and cranks up the attraction even further.

My go-to rigs on venues holding a good number of bream, particularly the silty estate lakes in Norfolk upon which I learned my trade, used to consist of trilobe-style method feeders fished with two pieces of artificial corn as hookbaits, or a small boilie.

This feeder design seems to have fallen out of favour in recent years, and for a number of reasons I’ve gravitated towards a slightly more refined approach – a carp angler’s rig, for all intents and purposes.

I now routinely fish a helicopter set-up on a leadless leader, utilising a stiff coated braid hooklink to kick the hookbait away from the lead in flight. This set-up is fantastic for fishing at longer range and means that you can re-position your rig after a miss-cast without spreading bait around the swim. 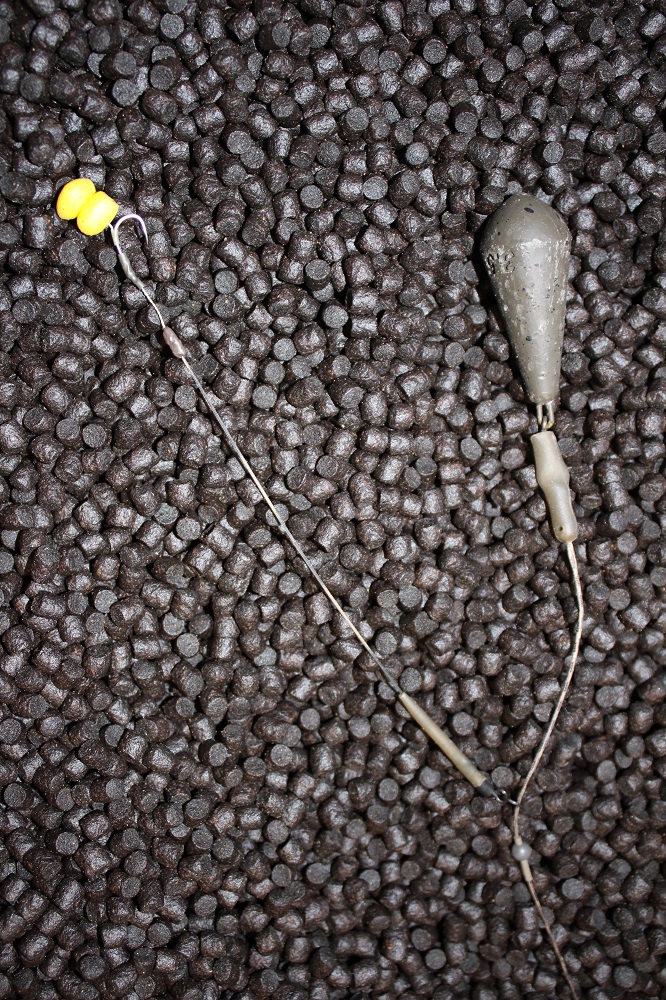 I prefer helicopter rigs when fishing at distance for big bream as the hookbait – Usually fake corn, kicks away nicely from the lead on the cast

There is something almost mystical about the pulling power of fake corn, and bream definitely home in on these golden plastic grains even among thousands of other particles. A hookbait popped-up just an inch off the bottom leads to great hook-holds.

Using the baits and approach outlined above, last spring I enjoyed the most incredible session at the famous Walthamstow Reservoirs complex in North London. The bream fishing here really is second-to-none, and over the course of two days I amassed a haul of 22 big bream, the majority of these in double-figures and the biggest weighing a mighty 14lb 6oz!

The best time to enjoy such a bream haul is right now, so don’t delay. Oh, and don’t be surprised if you land a few bonus big carp too! 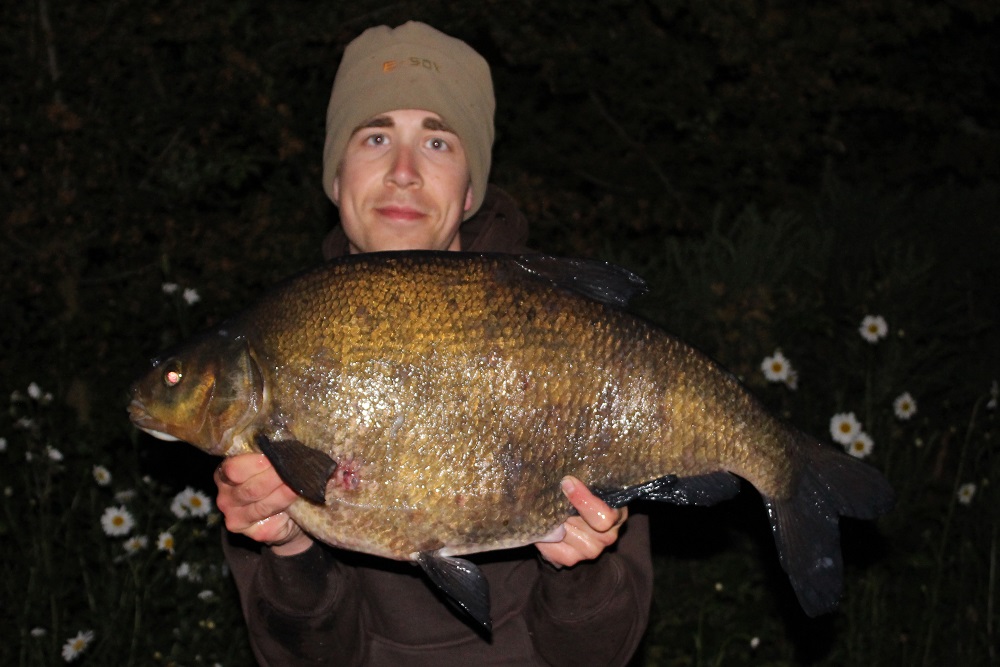 Part of a ten double-figure bream haul from last year

Until next month – be lucky. James