As part of a new and exclusive series, specimen ace, James Champkin reveals the tips and tactics to help you net your next PB roach.

James is no stranger to big roach having netted several over the magical 3lb barrier. Here he reveals how he does it..

Welcome to the big fish hunt! It’s an absolute privilege to be invited by Dynamite to kick-off this brand-new series of specimen angling advice. Each month I’ll be focussing on a species that is perfect for you to get out there and target during that period, and hopefully empowering you with just a bit more knowledge that will help put one or two more personal bests on the bank.

As for my personal background – for the last ten years I’ve been a crazy keen specimen hunter. Prior to that, like many of you I was introduced to angling by my Dad, and I was just four years old when I started my angling journey by catching small roach from a tiny pond.

After not really fishing for a few years, I then met another keen young angler when I started high school who encouraged me back into the sport. We started fishing the local commercial pools around our North Norfolk home, trying to outwit scaley mirrors and commons on freelined luncheon meat, before moving onto the counties’ many glorious estate lakes where I spent some memorable summer days fishing with my Dad again.

I then gradually advanced into an all-rounder when I started targeting tench, pike, bream and subsequently all manner of different species, before eventually developing a burning desire to outwit much bigger fish.

Every season I now fish a huge variety of rivers and still waters spread across the country, racking up many thousands of miles on adventures in pursuit of big fish. In doing so I have been fortunate enough to enjoy my share of success. Over the last few years I have won six weekly Drennan Cup awards in the Angling Times (all for different species) and narrowly missed out on several others. 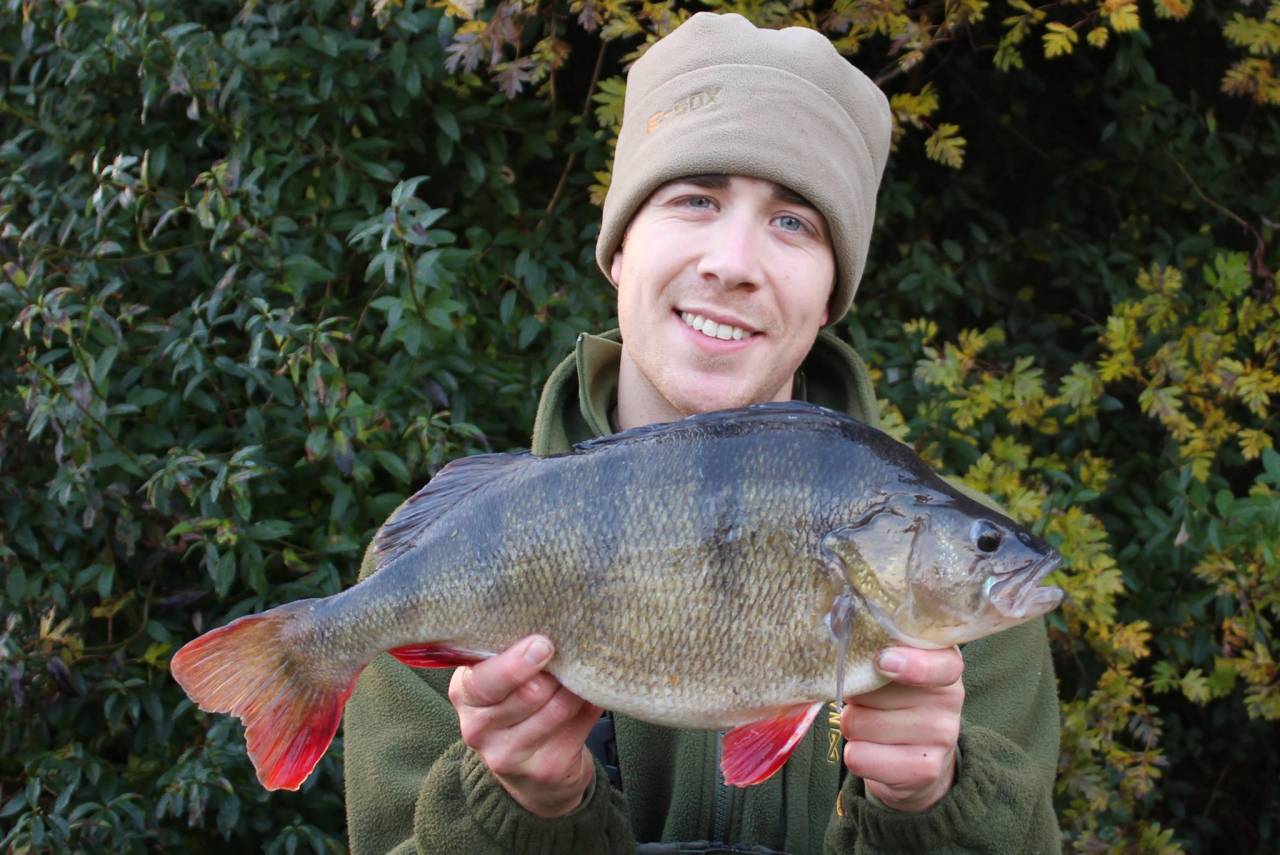 In 2014, I was voted runner-up in the Angling Times ‘Specimen Angler of the Year’ competition by readers of the magazine, and in 2015 I won the Scottish Federation for Coarse Angling’s Daiwa Specimen Shield for captures of specimen fish caught in Scotland. But that’s enough about me. Let’s get into the detail and take a closer look at what I believe you should be targeting this month.

The time is ripe for a redfin

And rest….that’s normally how I feel come 15th March, having given it my all and fished the rivers hard during the final few weeks of the season. This is a superb time to be out on the bank targeting big chub, barbel and perch, and by the time the season draws to a close I’m normally mentally and physically exhausted! It makes sense to have a break for a couple of weeks to recharge the batteries, but not for too long – because April is a fantastic month to catch yourself a huge stillwater roach.

The regular haunts of big roach anglers were once the famous Wessex rivers such as the Hampshire Avon and Dorset Stour. Sadly, for a variety of reasons there are now far fewer big roach present in those rivers than there once was, but fortunately we have seen the rise of big gravel pit roach in tandem with the decline of our river roach fisheries. 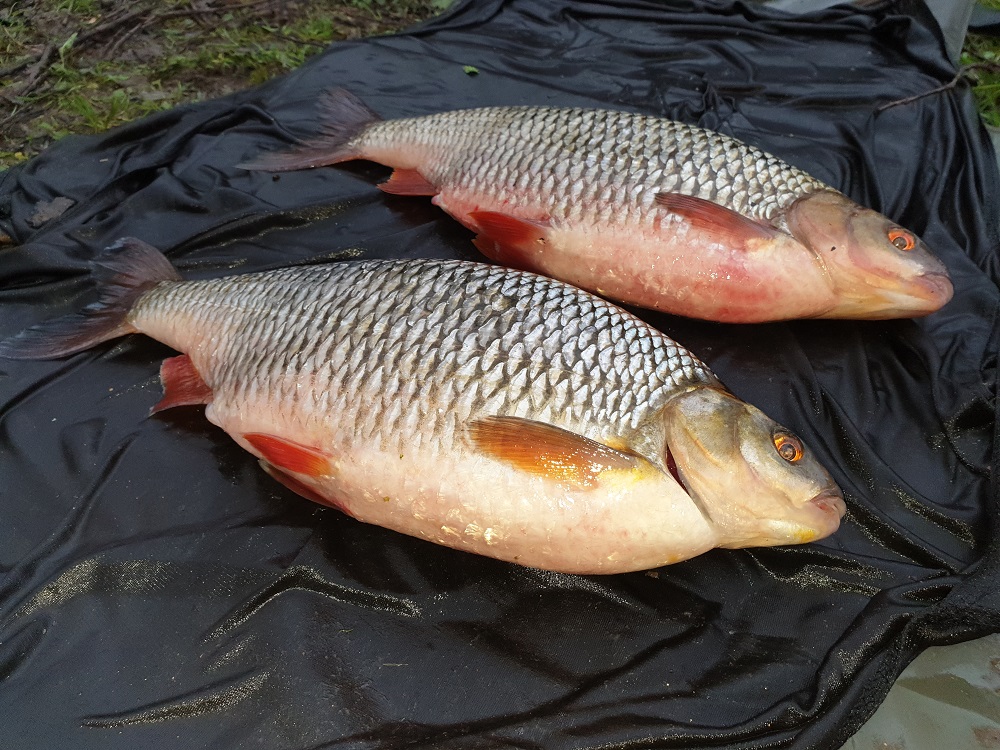 Make no mistake about it – truly huge roach are always going to be incredibly rare beasts, with the exception of a small handful of venues. However, roach of over 2lbs – still to be regarded as the fish of a lifetime – are now a very realistic target if you are prepared to put the effort in, and there is no finer time to target one than right now as they begin to feed in earnest in preparation for their annual spawning ritual.

For me, the species also conveniently fills the gap between the end of the river season and the start of true spring fishing for tench and bream.

It’s been said thousands of times before, but you simply can’t catch what isn’t there. While there are undoubtedly opportunities for pioneering when it comes to big roach fishing, first and foremost you need to put yourself on the right water.

Being plugged into the specimen angling grapevine is extremely useful, and many a big roach water has been discovered through accidental captures by carp anglers. Keep your ear to the ground and be prepared to investigate any promising reports – it might be a flash in the pan, but it could provide the gateway to some phenomenal big roach fishing. 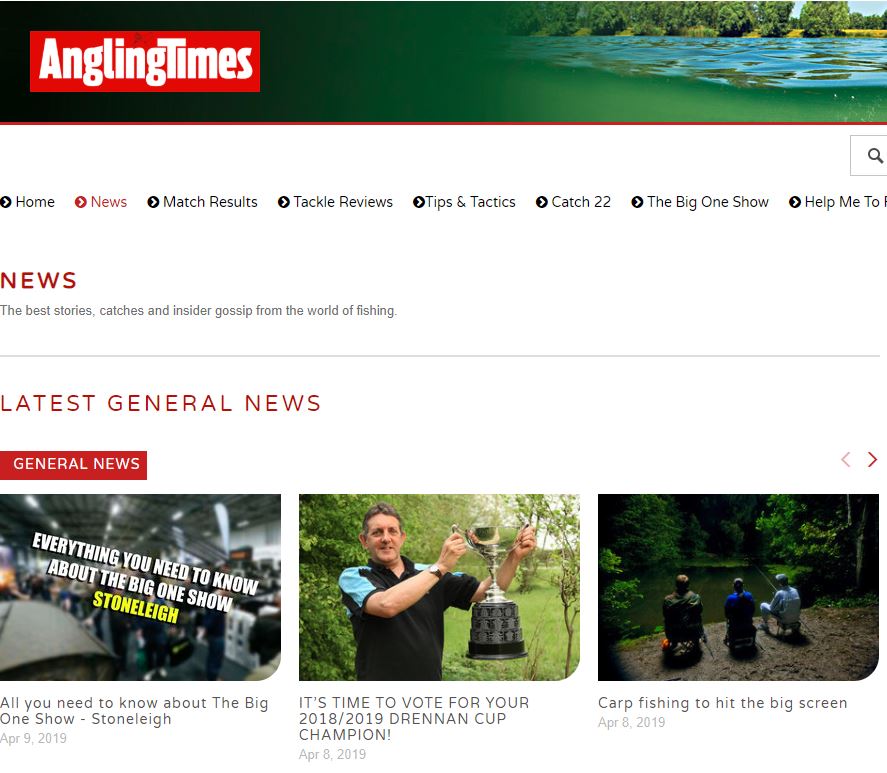 Once the right water has been found, you need put yourself by the water at first light and dusk to watch for rolling fish. Roach love to roll, and by scanning the water at these key times you should eventually begin to see signs of fish presence.

Once you do, it’s then a question of putting the marker rod to good use to establish what (if anything) the fish are rolling over: is it a bar or a plateau, and is there anywhere particularly prominent close by to present a bait? Let the fish tell you where to set out your stall, and if they move – move with them!

Wouldn’t we all love to catch a big roach on the float? It’s certainly the most enjoyable method, but sadly the float just isn’t appropriate for targeting big roach on many of the still waters they inhabit. Gravel pits are often quite large venues, deep and windswept, and big roach tend to favour open water areas at range.

Consequently, for ruthless efficiency it’s very difficult to beat a modern bolt-rig approach for catching this very cagey species. Roach can suck in and exhale a bait without an indication registering to the angler, but a bolt rig hooks these shy-biting beasts with incredible efficacy.

A helicopter set-up, with a short (2 – 3”) hooklink trapped between two float stops, provides the rig mechanics, and a small sleeve and clip below allows different feeder arrangements to be trialled. This largely depends on the conditions and the season in which I am targeting big roach. 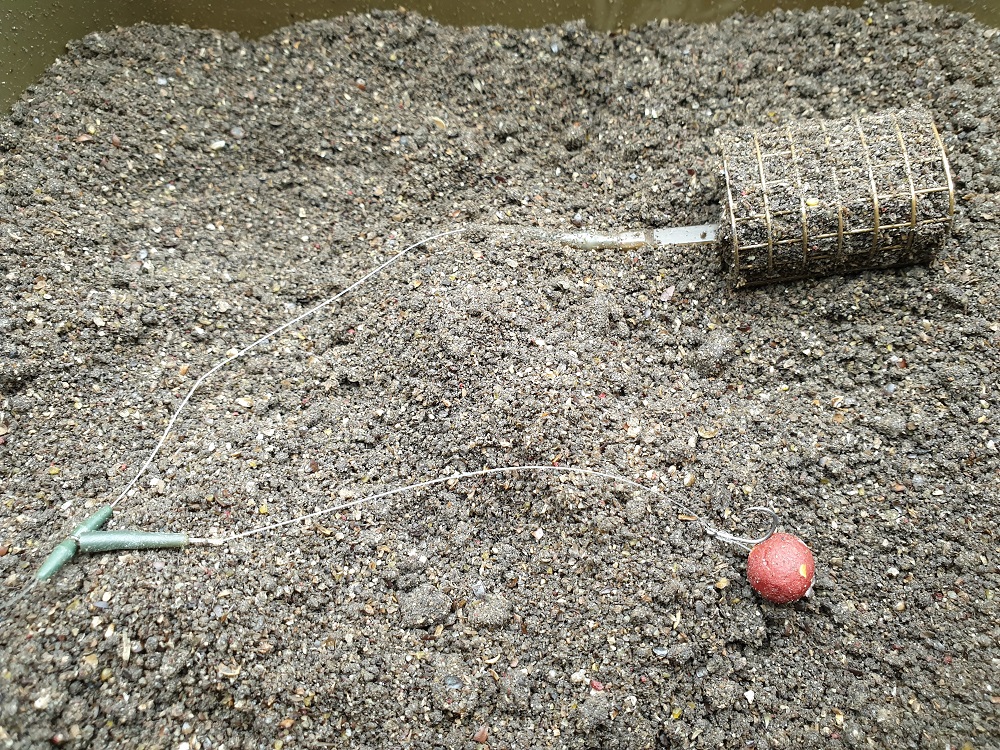 A helicopter bolt rig with a cage feeder and a small Source boilie is a superb rig for singling out the bigger roach.

Venues that contain big roach are often also inhabited by numbers of smaller fish, and it is the presence (or absence) of these that dictates which baits will come into play. During the depths of winter small roach seem to vanish, and maggots can be used without fear of baits being destroyed.

Indeed, a bolt-rigged maggot feeder takes some beating when targeting big roach during the colder months. Flavouring your grubs can help draw fish into your swim with the help of the big undertow that is generated on many bigger lakes. Roach seem to possess a sweet tooth, so something like Dynamite’s Liquid Pineapple would be ideal. 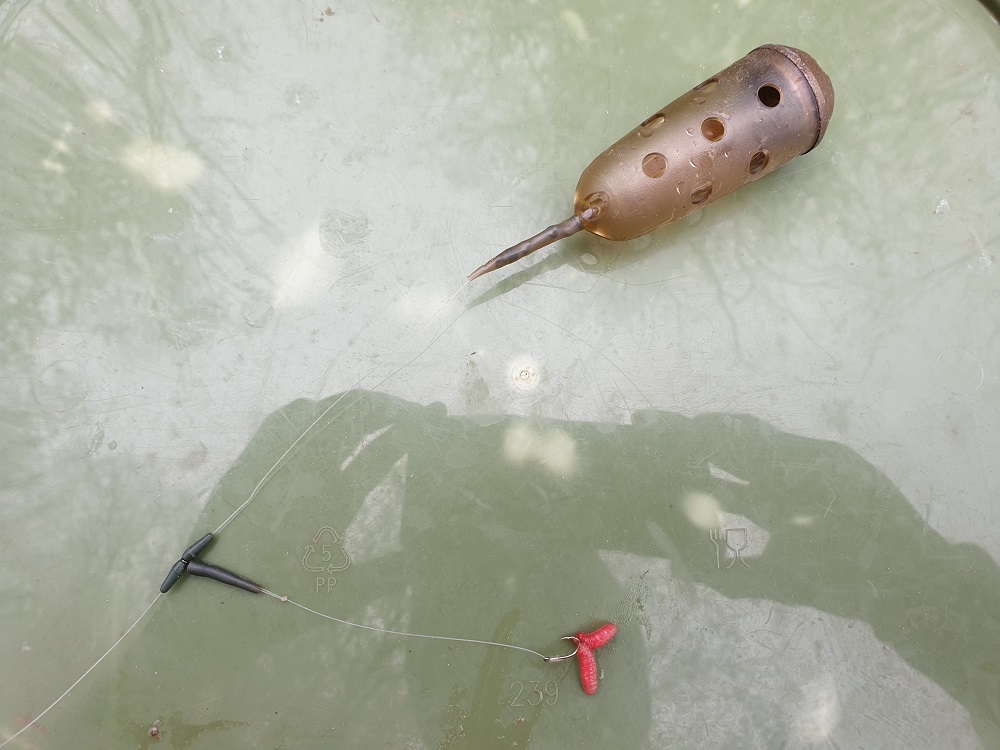 During the colder months, a maggot feeder takes some beating. Flavouring your grubs can help!

Once winter starts to lose its grip on the countryside and spring breathes new life into our waters, maggots can often become useless on the hook as they’re stripped by smaller brethren. This is when baits like small boilies and sweetcorn come into their own for roach fishing.

A 12mm Source boilie hair-rigged on a size 12-14 is the ideal big roach hookbait, and this will be fished in conjunction with a cage feeder filled with a dark, active groundbait. Dark is important because big roach can be wary about feeding over beds of light-coloured bait. I use a combination of Silver X Roach Black and Frenzied Hempseed Groundbait in Match Black. I’ll also spod out a small amount of Frenzied Hempseed over which to fish the feeders. 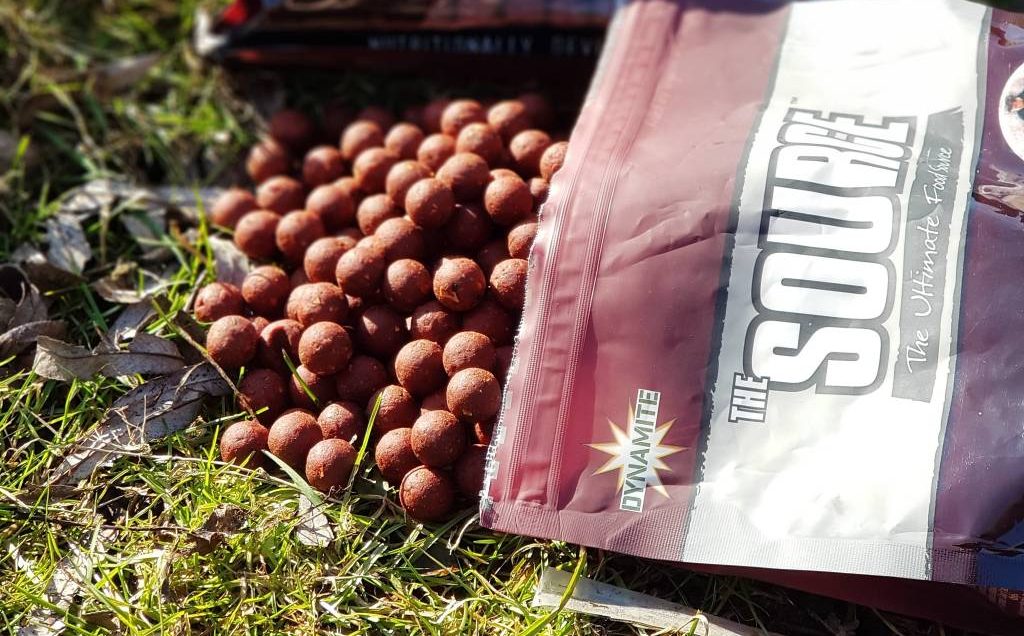 The source in 12mm is a great hookbait for big roach

Even in the most prolific of venues, groups of big roach tend to be few in number and could be easily over-fed. Bait cautiously to begin with and keep it as tight as possible. Take a leaf out of a carp anglers’ book and use distance sticks to measure out your lines and spod to ensure you’re fishing accurately every time.

Choose a far-bank marker that is easily visible at night (prime feeding times for big roach can be during the hours of darkness) and stick to it. Make sure you use marker elastic or similar to mark your lines at the appropriate distance. 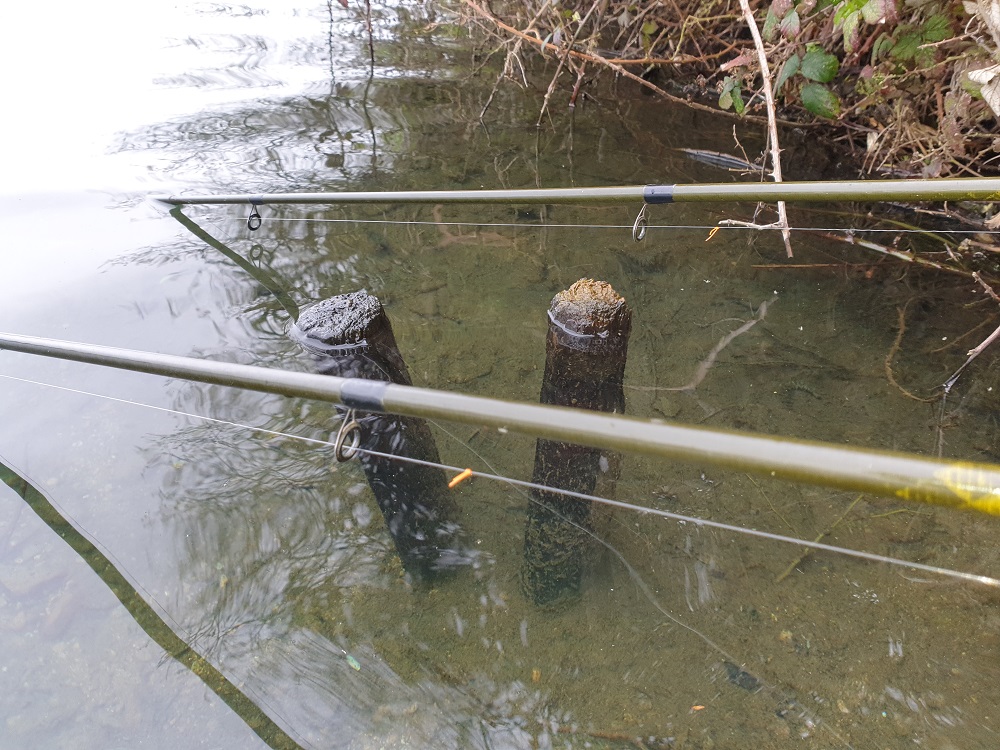 The feeding spells of big roach can be incredibly compressed – perhaps amounting to just a few minutes each day – and therefore you need to ensure you can fish with maximum efficiency during that very short window of opportunity, getting the rig back in the water as quickly and accurately as possible.

It’s also vital to maintain a tight line and use a heavy bobbin, both of which greatly assist the rig mechanics and improve hooking.

Gravel pit roach will often spawn in late April or early May, so now is the prime time to catch yourself a big redfin. There really are few finer sights in angling than an enormous roach lying on your unhooking mat – so find yourself a suitable water, get out there and give it a go!

Double-Figure tench on The Source for Matt Fernandez