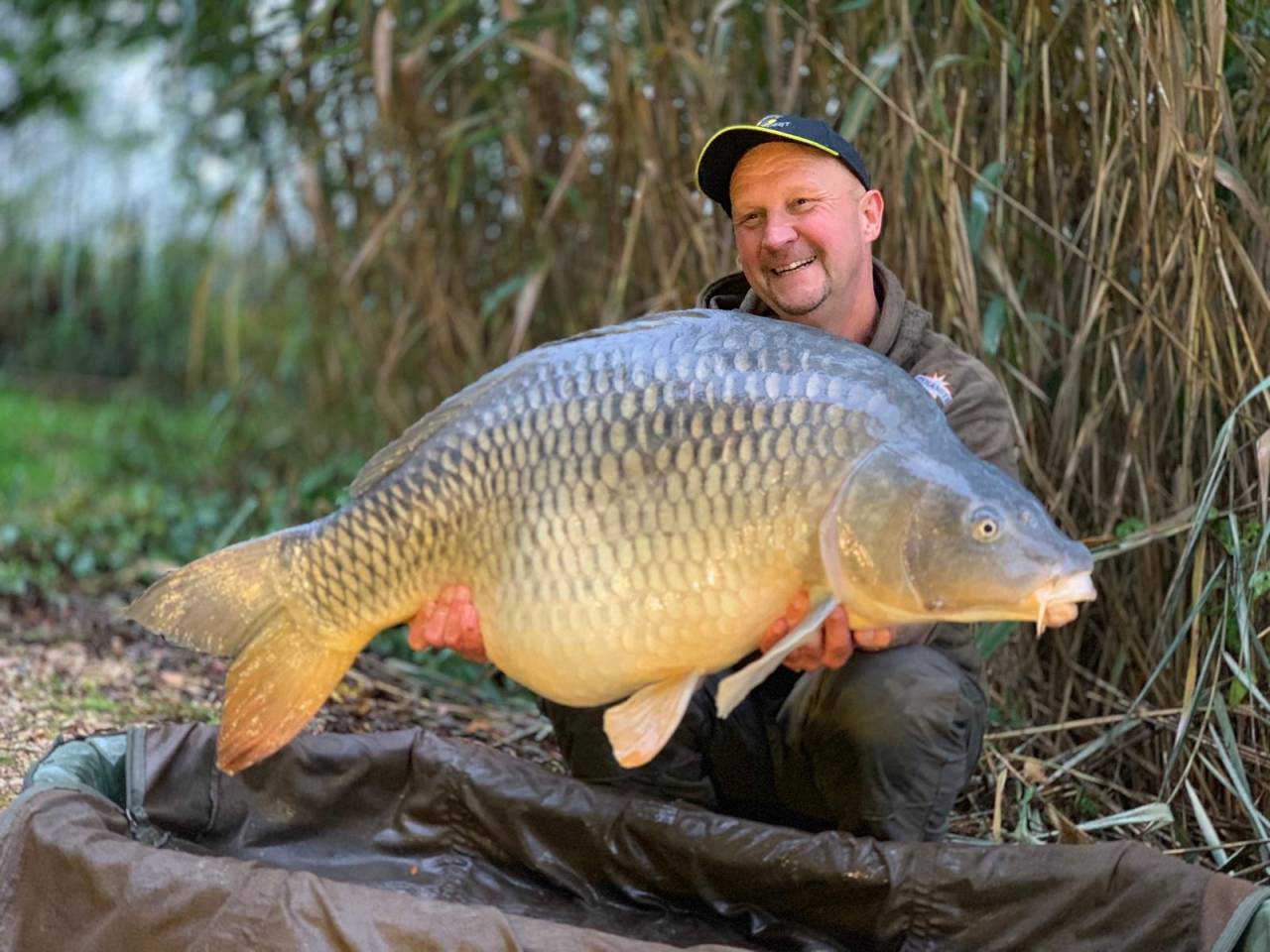 We had all been looking forward to this trip for ages, plotting and planning like you do. The stock at Etang De Bows is excellent and there are several fish I had my eye on. I had also chosen to take frozen, Monster Tiger Nut 15mm boilies as the venue insists upon freezer baits.

We arrived Saturday lunchtime to be greeted by Matty the onsite bailiff and was treated to a very welcomed cuppa. After a wander around the lake a draw for swims was organised and with me coming out 2nd I chose peg 5 which was exactly where I wanted to be.

The lads chose their swims with Micheal in peg 1 which was bang on the fish to start with. Mike peg 2 , Dave peg 3, Mikey Mac peg 6 and my bruvva Matty in peg 9 which was also bang on them. 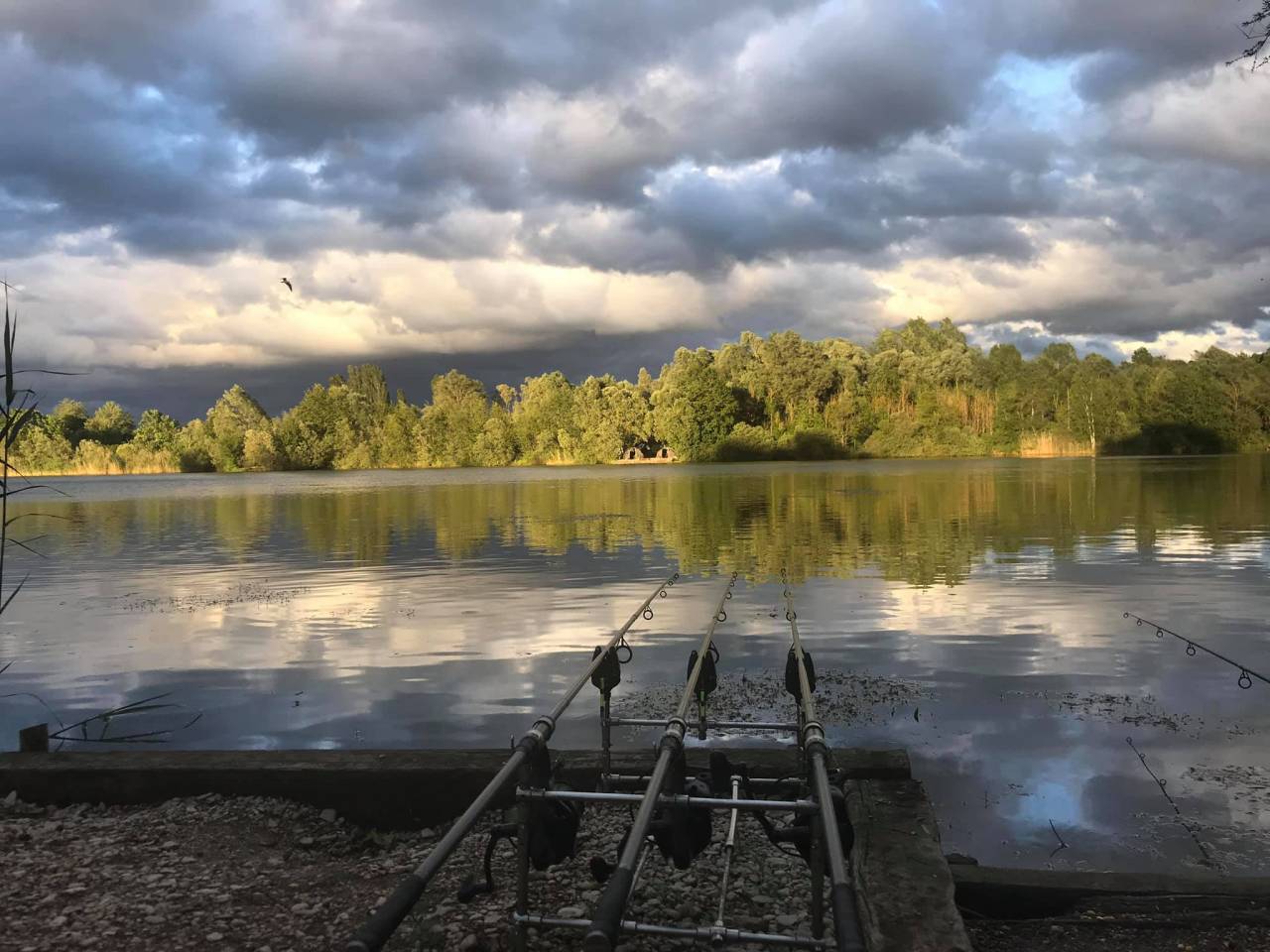 I’ll explain my choice as it may seem strange to not set up on showing fish straight away. Peg 5 was as far away from the carp as you could possibly get but having asked about the venue I was assured with the pressure at that end in a couple of days the carp will shift down to my end and as I have a large chunk of water to myself the would tend to hang around for a few days. Time would tell eh.

As expected Micheal was straight into a fish with a lovely 43lb Mirror and again that night with a brace of 32lb fish. Matty was next whilst I was sitting with him and I netted an enormous 64lb Common known as the Mozaic fish for him. This was followed with a 37lb common and a 61lb Mirror.

Mike chipped in with a 60lb mirror aswell and at my end we hadn’t even seen a fish. But sticking to my chosen spots and topping up with The Monster Tiger Nut baits was surely going to pay off eventually. I was fishing Ronnie rigs with Matching pop ups on our Carp Spirit Medium Curve Hooks and a 19lb Velocity Nylon boom.

The fish were on the move..

Monday came and a few started showing at my end with Dave opposite nailing a lovely 53lb common. Things were shaping up rather nicely . Tuesday lunch and my right hand rod was away. after a nervous few minutes a 31lb mirror was pictured and it was crapping out the lads bait from the other end of the lake lol. In the next few hours my area came alive with carp crashing and bubbling everywhere.

I moved a long rod onto a bubbler at 31 wraps across and had a take within 10 minutes. This fight was totally different and it felt real heavy right from the start. It must have been at least 15 minutes before I scooped it into the net. As I did so the other rod I had left on the original area was away and another prolonged fight started. This was again about 15 minutes and I was rewarded with two massive Commons! 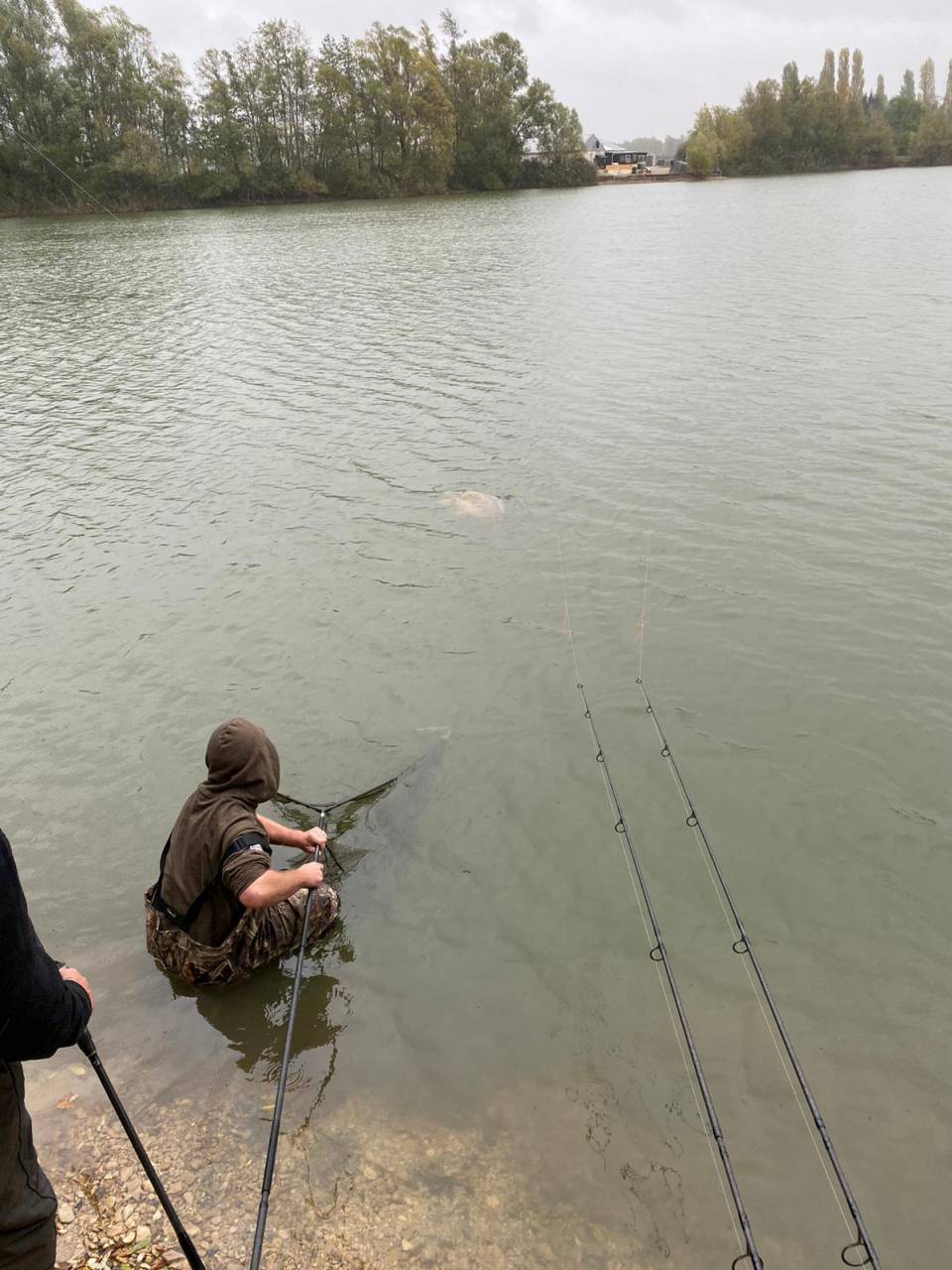 Help was soon at hand with a few of the lads coming round to see the fish which were respectfully 57lbs and 56lbs. Now that was a proper brace of hippos! Soon enough the excitement was over and the fish returned. Oh by the way the 57lber is a new PB Common for me. 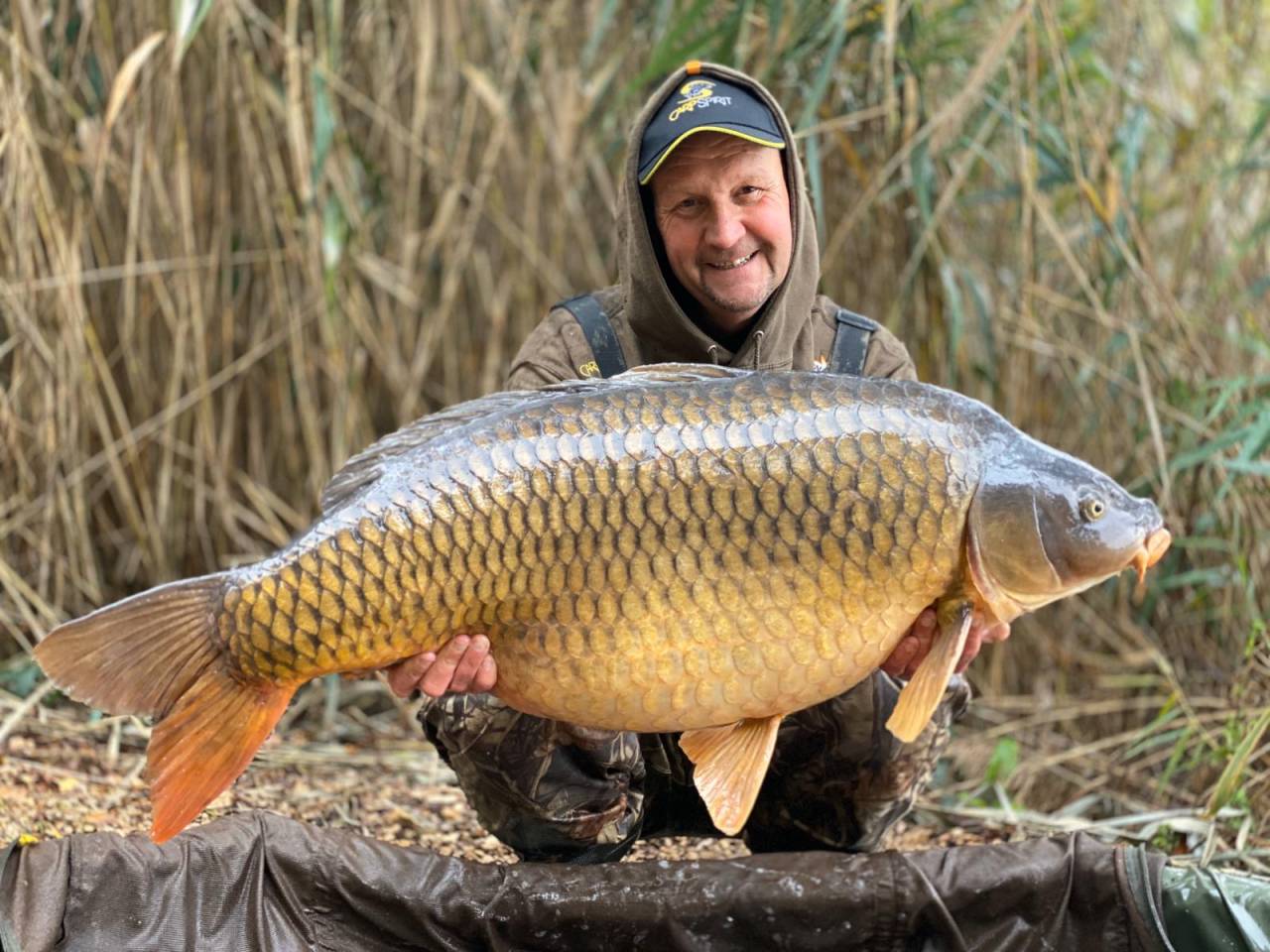 That evening just into dark I had a 29lb mirror aswell. My patience was paying off. I kept the spots topped up with boilies and they were loving them. Tuesday afternoon produced just the one take a 41lb mirror. However Thursday was a different story as again in the afternoon I had two quick takes resulting in a 56.8 common and a 53.8 mirror, incredible. 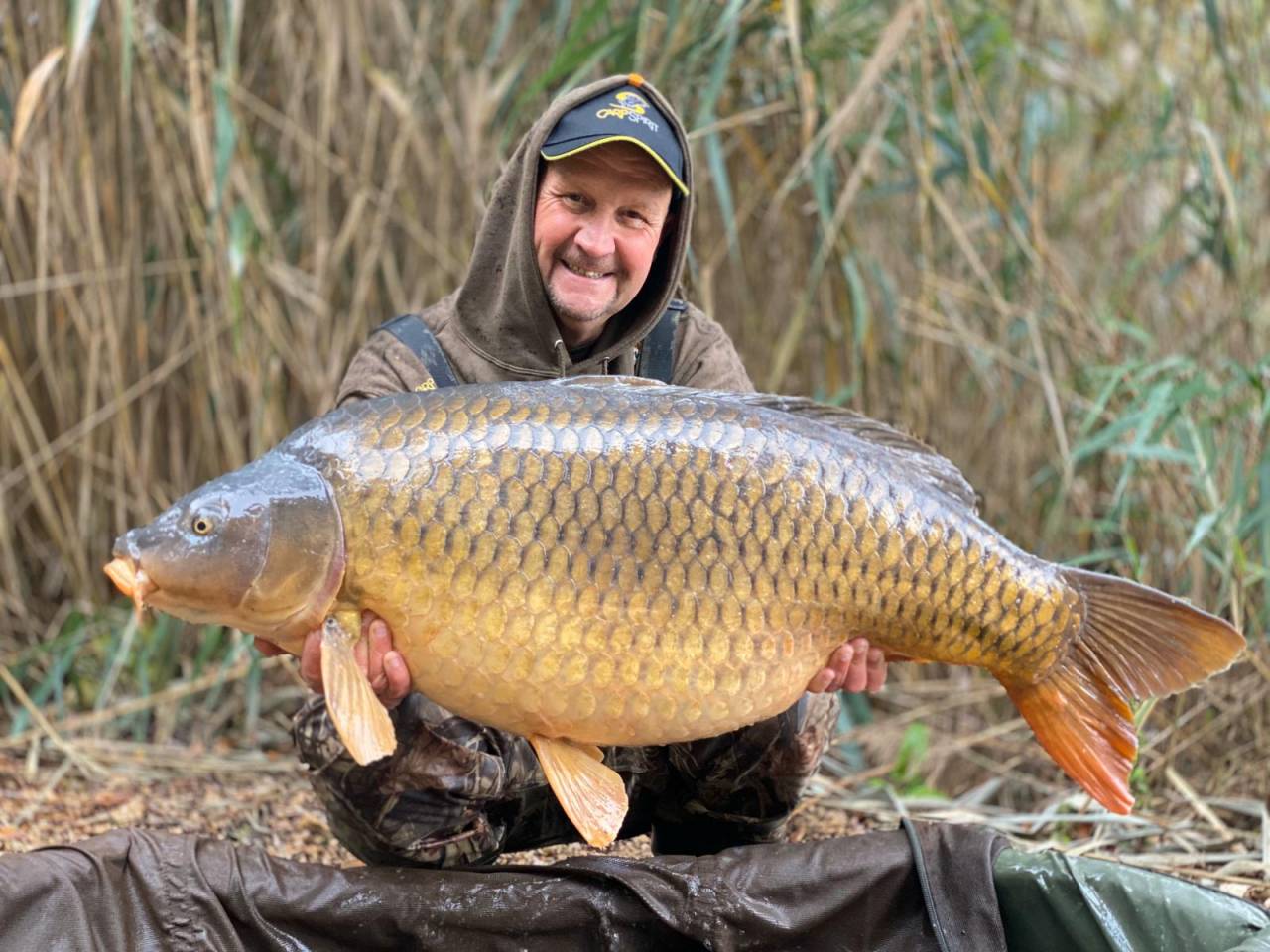 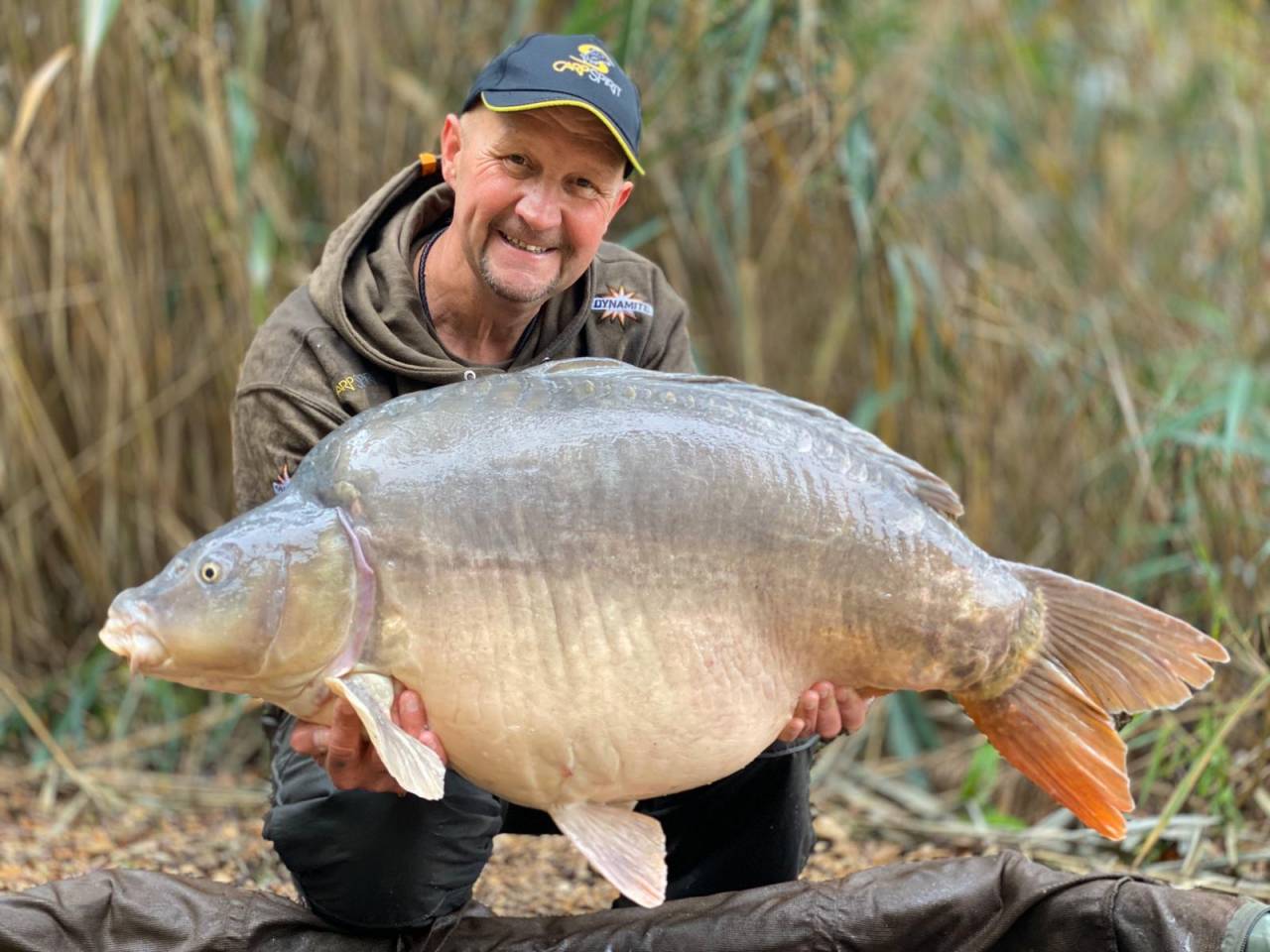 Mike chipped in with a 24lb common absolutely smashing our average for the week lol. Things were definitely quieting down on the carp showing front but Friday afternoon again produced two more takes.

The first one snagged me and came adrift but the second one was a lovely silver common of 43lbs. What a week this was. Saturday was soon upon us and as we were packing up Mike had a 54lb Mirror to finish the week off.

We had amassed 18 carp for our trip and we had all absolutely loved it. The lake has an amazing head of 50 and 60lb carp and Matty and Leslie his other half could not have looked after us any better. They are a credit to the fishery.

Till next time Ian Russell

Planning a trip to France? Read our GUIDE TO CARP FISHING IN FRANCE