Ask any experienced carp angler and they’ll swear to you on the effectiveness of fishing a full moon. One angler to capitalised on the latest full moon phase was Peter Kingsbury who banked a new personal best mirror carp of 45lb 8oz using Yellow Hit N Runs and Monster Tiger Nut boilies as a result! Below, he explains how the capture unfolded…

“I had planned a trip around the full moon and booked annual leave on Thursday and Friday with the intention of arriving early that Thursday morning.

“Arriving at 5am, I headed straight to the bay where I had previously caught a 40lb 4oz fish called Cossack and a 27lb fully scaled mirror. Straight away I got excited as I could see a few fish bubbling and jumping in the area but unfortunately someone was located in the swim.

A little disappointed, I continued my walk up to the other end of the lake to hopefully find some other opportunities and it wasn’t long before I was watching another shoal of fizzing fish. With my confidence restored, I decided to give it a go.

I had a minimal lead around and found a great spot 15.5 wraps out and decided to put both rods on this spot with Yellow Hit N Run Pop-Ups on spinner rigs. 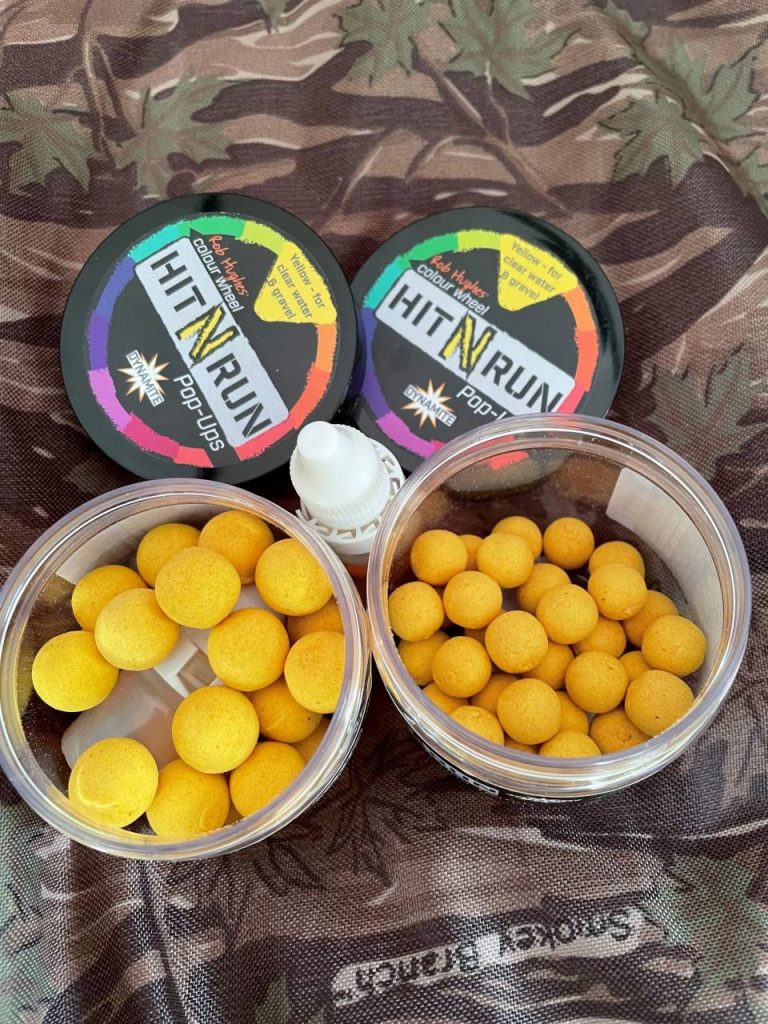 Once these two rods were in position I Spombed out 3 kilos of Frenzied Mixed Particles and Monster Tiger Nut boilies.

It was an extremely hot day and nothing happened all day so I decided to call it a night early as I’d been up since 3.30am that morning.

The night passed much like the day…uneventful, and I was back up at 4am to watch the water.

The left-hand rod then just melted off and after a spirited battle I had my prize in the folds of my net. Weighing in at 33lb 4oz it was not a bad start. 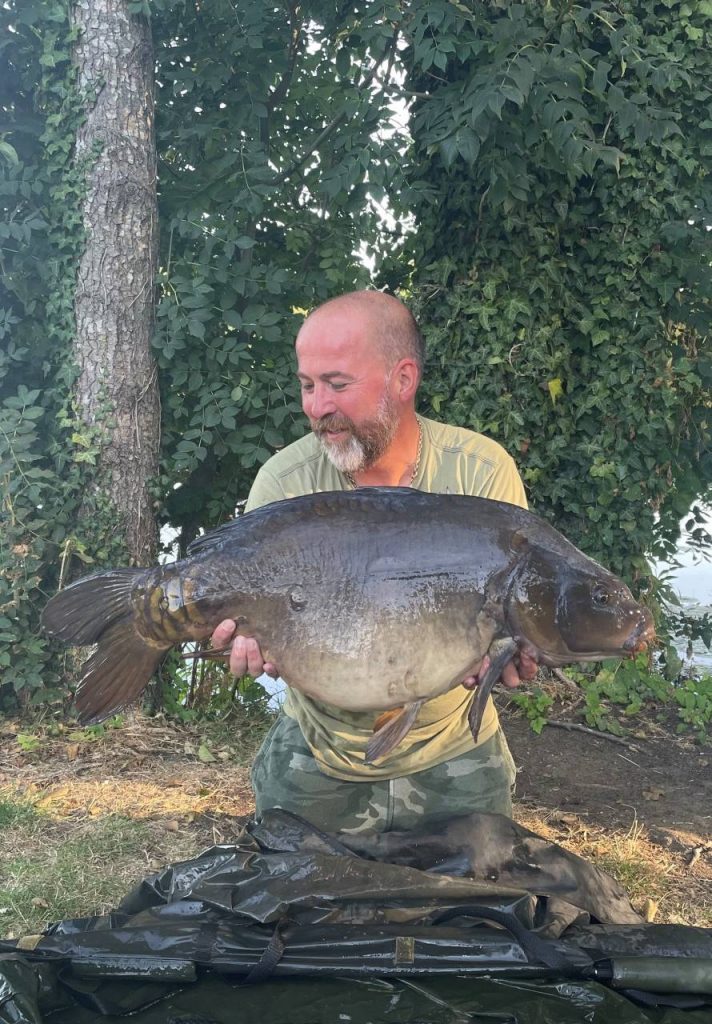 I got prepared to take self takes when the angler who was fishing in the swim I fancied had packed away to headed to work.

With the photos completed, I made a plan to move…

Once in the new swim it was evident that there was a lot of fish in the bay and I quickly had a small lead around and found a small hard spot 8.5 wraps out that was big enough to fit two rods.

I cast both rods using the same spinner rigs and Hit N Runs and left them for a while as I did not want to spook them.

As the day faded to night I called it and went to sleep but was woken by fish going mad! They were jumping and fizzing all over the place! 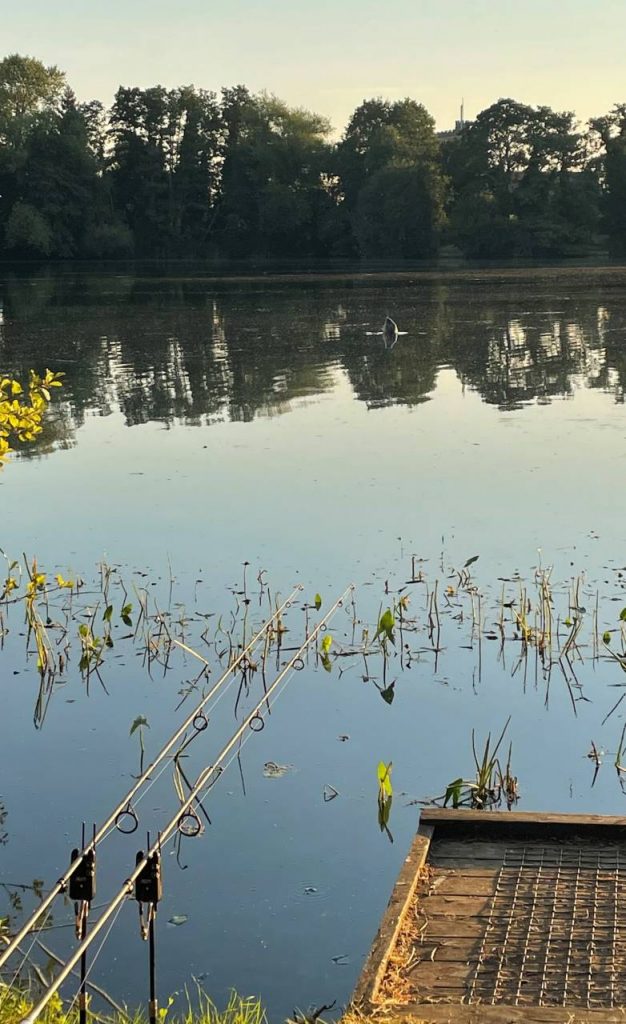 The splashes were getting closer and closer to me and all of a sudden the left-hand rod pulled up tight and started to take line.

I was on it in a flash and managed to coax a proper unit of a carp into my outstretch landing net. It looked massive and I started to get the camera gear ready for self takes.

Everything was set up and I was just about to get the fish out when the other rod shot off! I managed to get this fish in a lot quicker and with both nets full of carp I was buzzing. 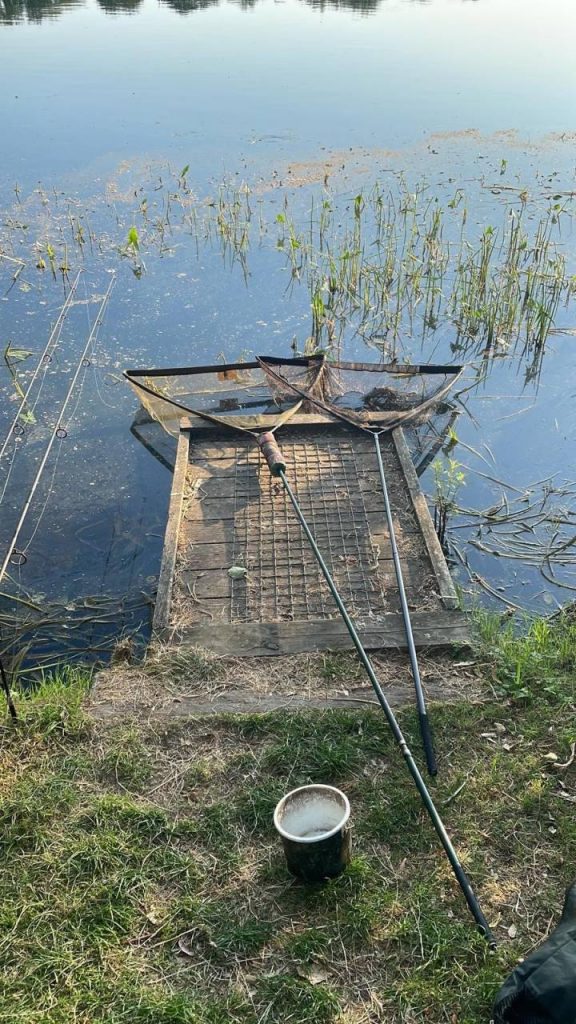 The sight every carper wants to see!

I checked to make sure all was secure with the fish and made a tea to calm the nerves.

Already I had the excellent rhino release system set-up for self takes which made the whole process as simple as can be and both fish were weighed and photographed in no time at all. The larger one went 45lb 8oz which was a new PB mirror and the other a lovely linear of 27lb – what a session under the full moon! 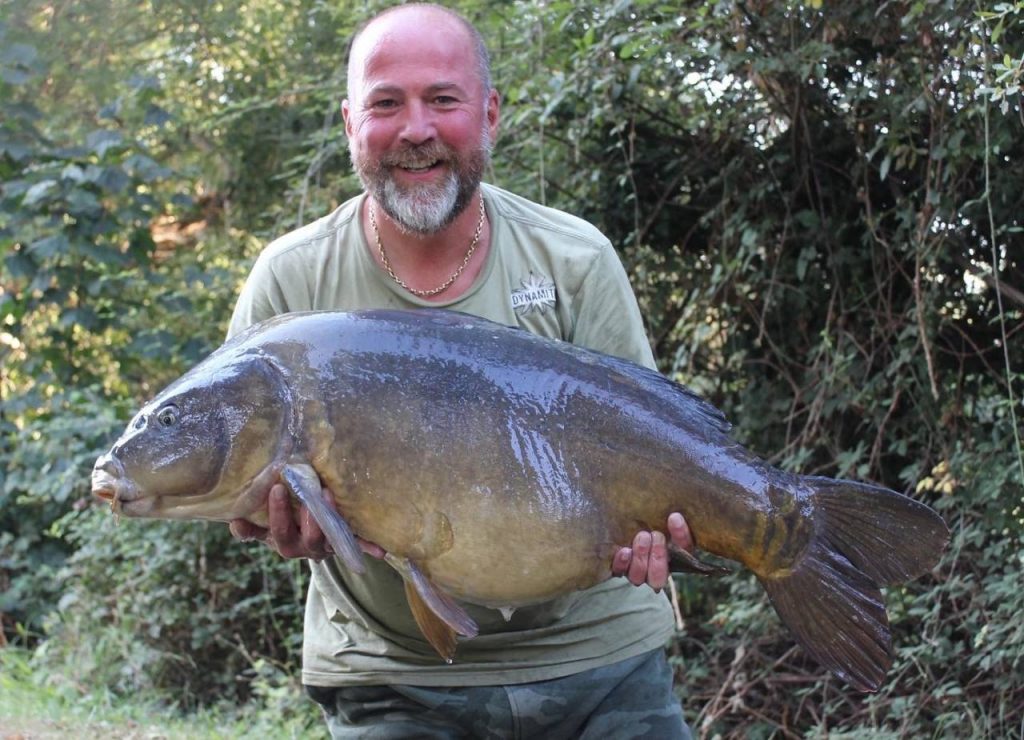 An absolute beauty at 45lb 8oz… 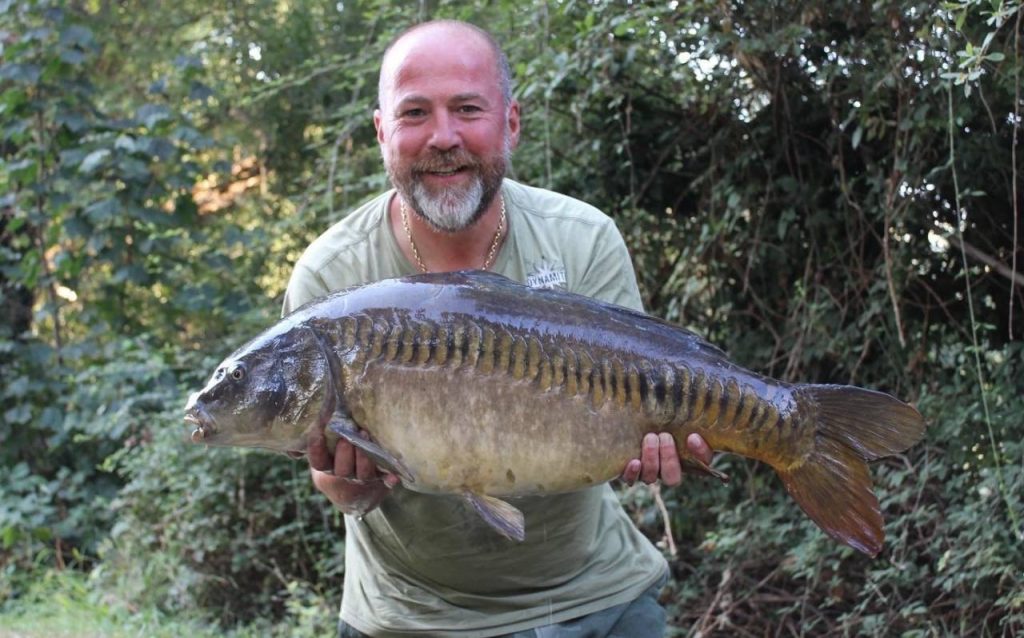 …followed by this stunning linear!

You can read up about moon phases, here.