The big fish count continued for both Hit N Run pop-ups and Monster Tiger Nut with Richie Leat’s capture of ‘Single Scale’ at a PB and lake record weight of 54lb 10oz. 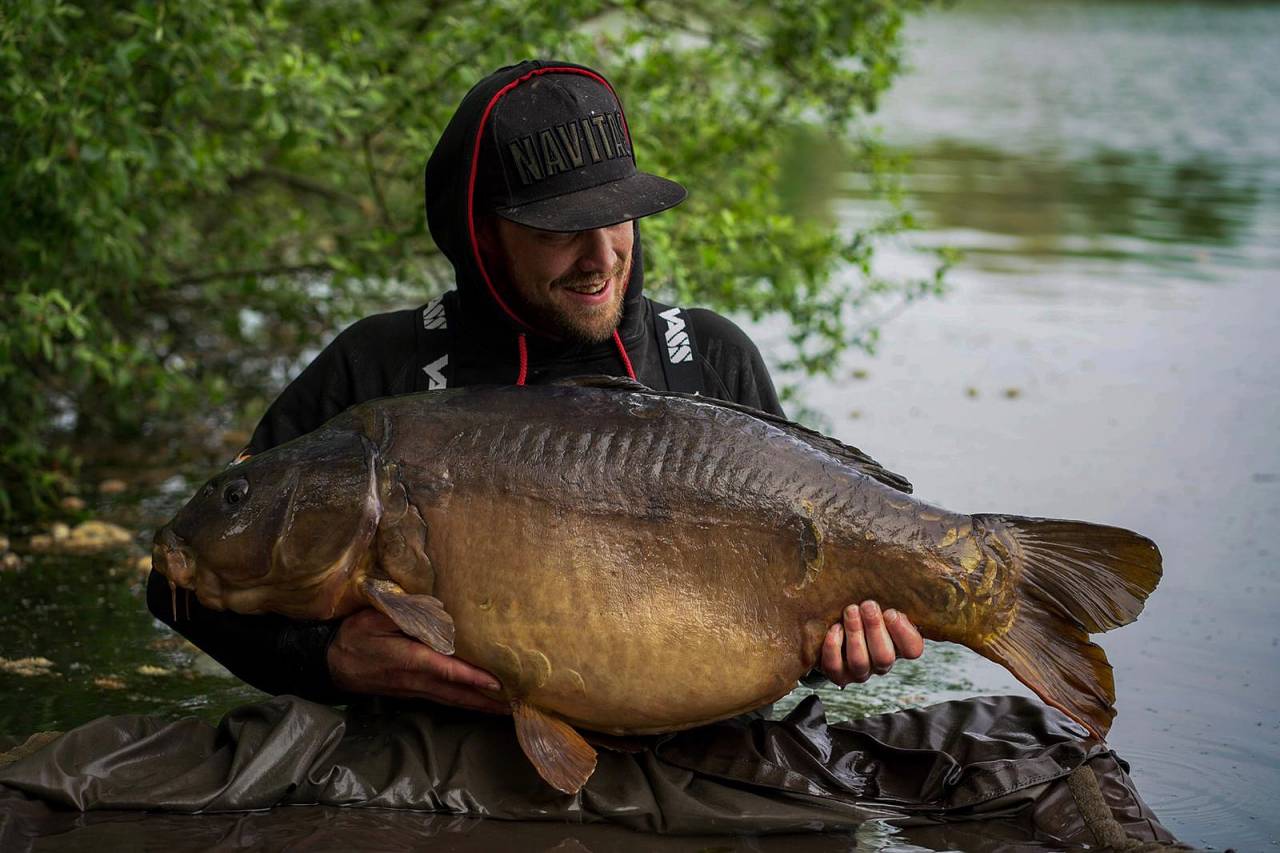 A new PB for richie..

Richie had been targeting the fish for the past four years and it took a slight change of tactics to winkle her out. He said:

“I’m so chuffed to of caught most of the residents in my syndicate in the order that I have. I caught all the known carp but I had one left to catch. The last carp to catch was the biggest in the lake and an epic mirror at fifty plus.

I decided to make a change to my regular tactics in order to get her so I changed a couple of items in my normal spod mix. Instead of using lots of 10mm and 15mm boilies I put in only 20mm boilies in my mix and added no small items.

My dream finally came true as the new tactic worked! I landed her at 54lb 10oz a new lake record and a new pb. My hook bait was Monster Tiger Nut Hardened boilie  topped off with a 12mm Hit N Run yellow pop-up fishing a snowman style. I am over the moon and relieved the hunt is finally over.” 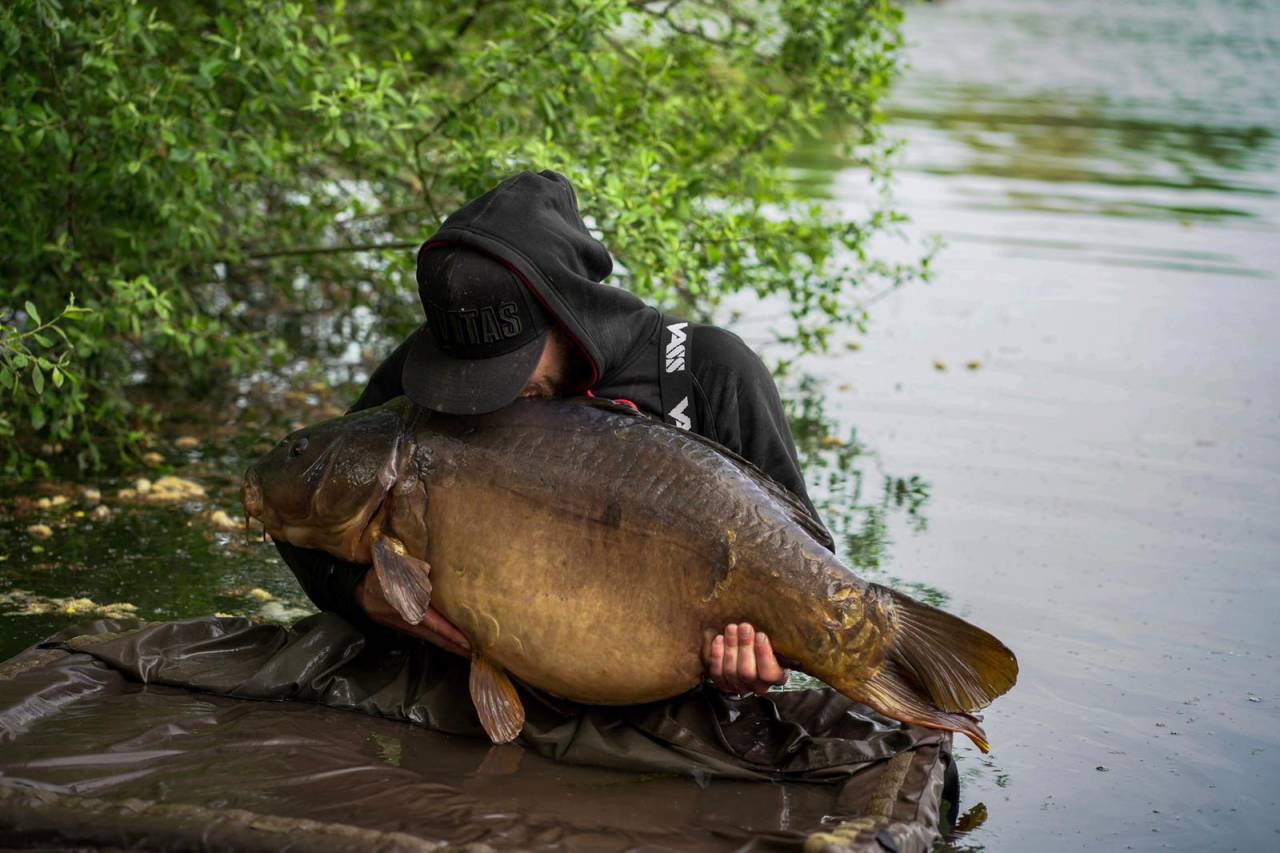 Richie cradles his new PB and his target fish!