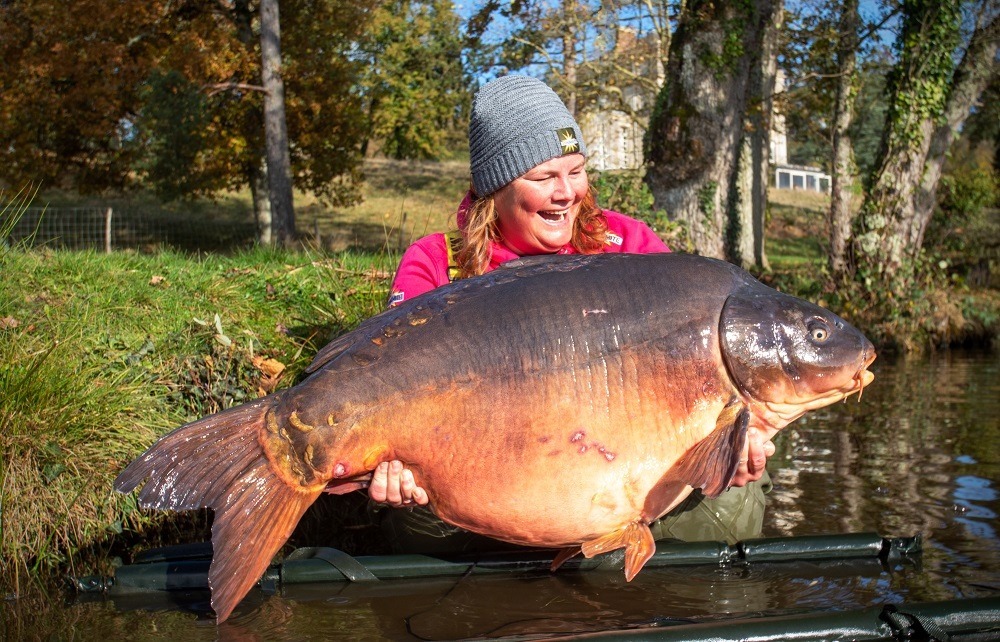 Dutch carper, Bianca Venema set the scales spinning as she broke both the lake record and her own PB with the capture of a 70lb 5oz mirror. Bianca continues her story…

“Recently I was fishing for a week together with Dynamite Baits UK team member Tania Williams at the Estate Lake venue in France. The fishery is a renowned hotspot in the Normandy region of France just a 1.5 hour drive from Paris and around three and a half hours drive from Calais.

The hand-dug lake dates from the Middle Ages and has six swims and is 15 acres and surrounded by a stunning 2.500 acre forest. This was dream surroundings for me to be in for a whole week especially as I was doing what I love most: carpfishing. 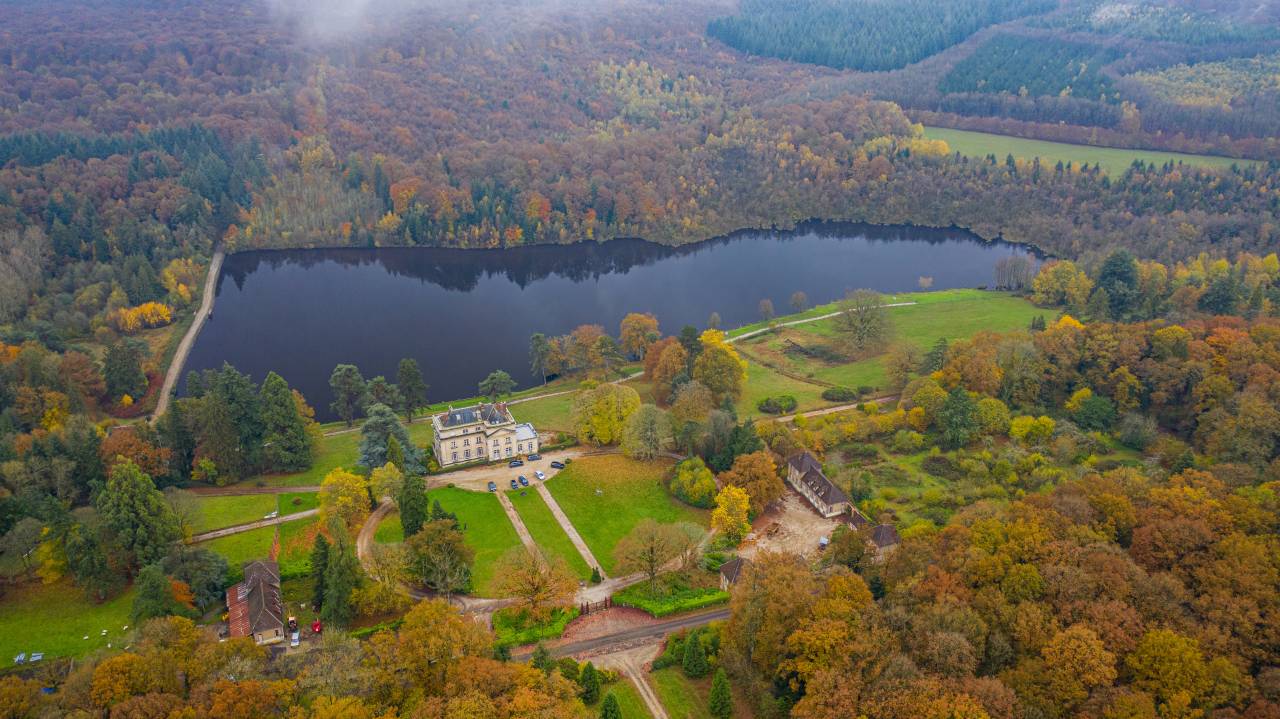 The weather conditions were difficult with lots of rain, wind and even frost in the night and Tania and I were the only two carp anglers on the lake for this week. The first day we decided to sail over the whole lake with my Carp Spirit Black Boat and sonar to look for holes, trenches, depth differences and soil structures in the water.

We found interesting spots in three areas in total and we pre-baited these three spots. We decided to go with a different bait in each. One on one side of the lake with 20mm and 15mm The Source and Hot Fish & GLM boilies. The middle area with the same mix of sizes but Monster Tiger Nut Red-Amo boilies. While the right shallow side of the lake we baited with Frenzied Particles.

After just an hour I’ve already got the first take on my rod which was positioned on the right side of the lake in a big hole. This first and very fast carp was a flawless 10lb common which couldn’t resist a 15mm yellow Hit ’N Run pop-up on a 360-rig. 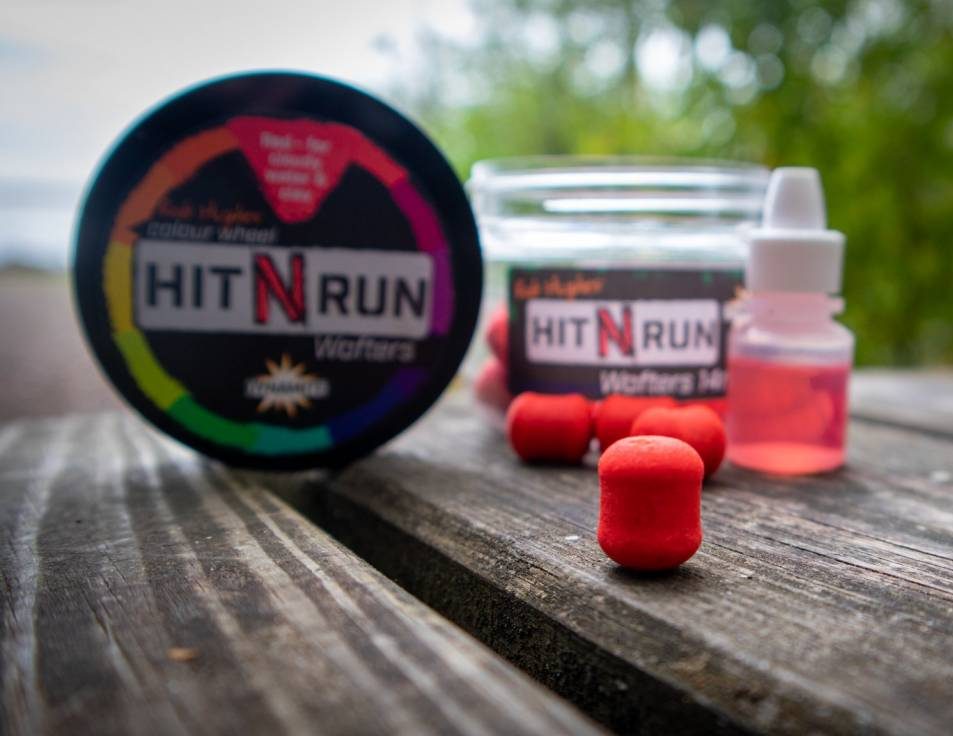 Not bad to catch so quickly when the water temperature is about 8 degrees! The owner of Estate Lake Julie told us that she recently introduced about 70 new carp in the lake at an average weight of 10lb – 35lb. This first catch was definitely one of the new carp.

During the first couple of days we noticed that many fish were holding up in a certain part of the lake. For this reason I decided to bait this area up very spacious in a 120 yards line with 15mm Source.

I could reach this spot by boating out to it and spreading the baits generously around so the carp would get active and be busy feeding on the baits. Additionally I made an attractive mix of Grubby Groundbait, Spod & Bag Fishmeal, Monster Tigernut and Complex-T 8mm pellets, crushed The Source and Hot Fish & GLM boilies enriched with Premium Worm Liquid Carp Food to create a horizontal and vertical attraction to my hookbait. 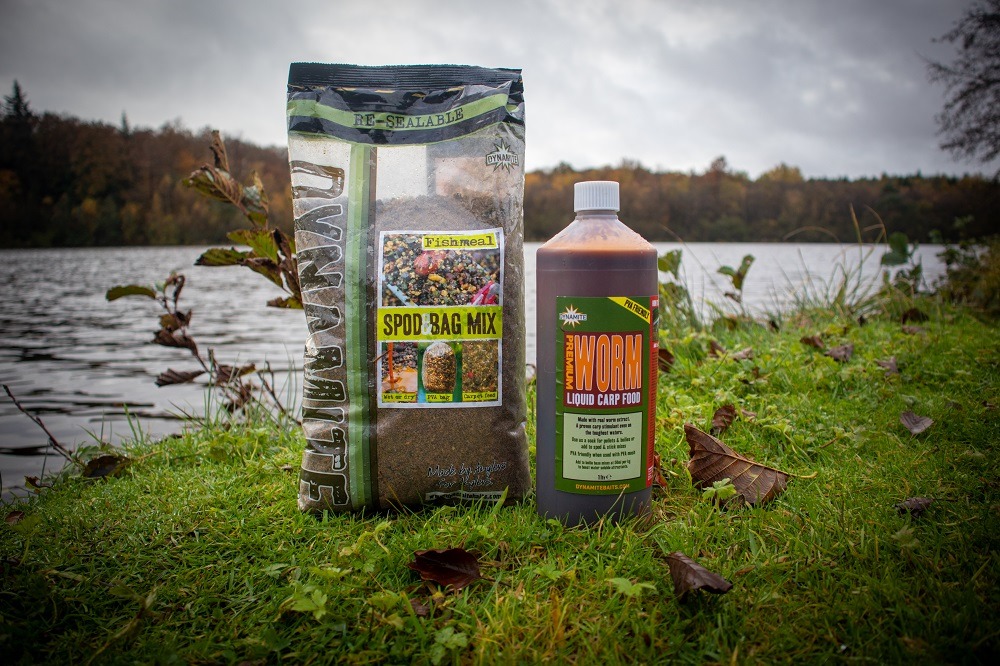 I decided to place my rig accurately on the spot with the bait boat since the carp were very shy as using the rowing boat to place my rig would scare them. As  a hookbait I choose a 20mm Hardened The Source topped of with a 14mm red Hit ’N Run wafter on a combi-rig made from Carp SpiritKameleon hooklink, line aligner and a BBP Razor size 4 hook. 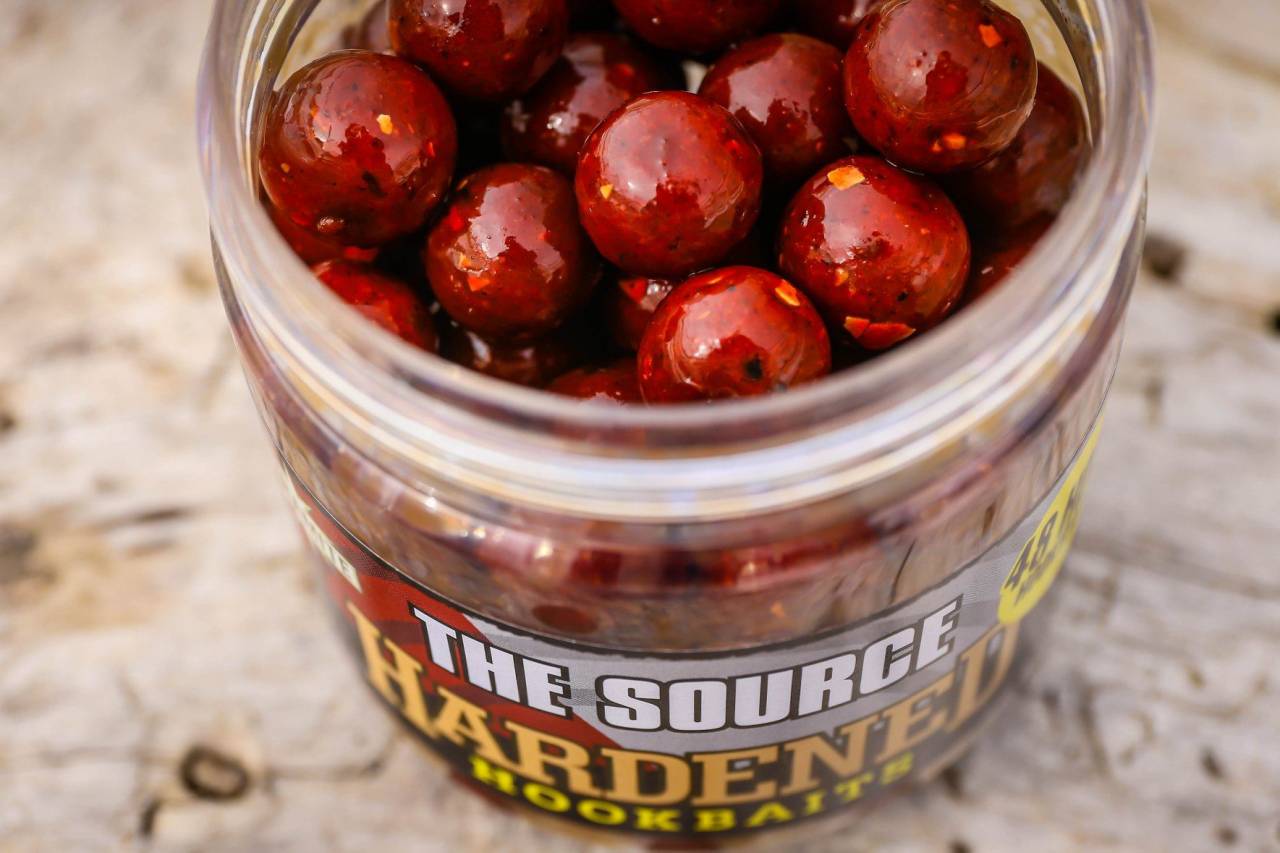 This combination was a good choice because it turned out to be BIG FISH time… In pouring rain and heavy winds my left rod went off. At first it shot off on a big run, so I ran as fast as I could to my rods before it stopped running.

The line totally slacked off so quickly but carefully I reeled the line in and suddenly I felt something big on the other end. Tania was there with me, she attentively grabbed the landing net and together we looked expectantly with our head torches into the dark lake.

At first glance we couldn’t believe our eyes. “OMG this is a real BIG carp” we both said out loud despite only seeing the tail! This big bellied lady gave a good fight under the rod tip as well and really gave all her best in an attempt to shed the hook.

Tania netted her deceptively and we had to carry her with all hands in the weigh sling to the cradle. The hook was well placed in the lower corner of her mouth so no harm had come to her. We couldn’t believe our eyes. What a stunning big beautiful dark mirror carp. Amazing! Tania and I looked at her with lots of admiration and respect. She filled the entire unhooking mat and her weight turned out to be an incredible 70lb 5oz!

With all due care and attention we placed her in the water in a big spacious weigh sling to get our camera stuff ready and take pictures of her. This is the least we could do to honor and show this unique big beautiful carp to the world because she deserved to be shown off. She obviously couldn’t resist The Source with the red Hit ’N Run wafter in combination. The luck was on my side with a new PB and Estate Lake record and I’m still over the moon with this once in a lifetime fish! 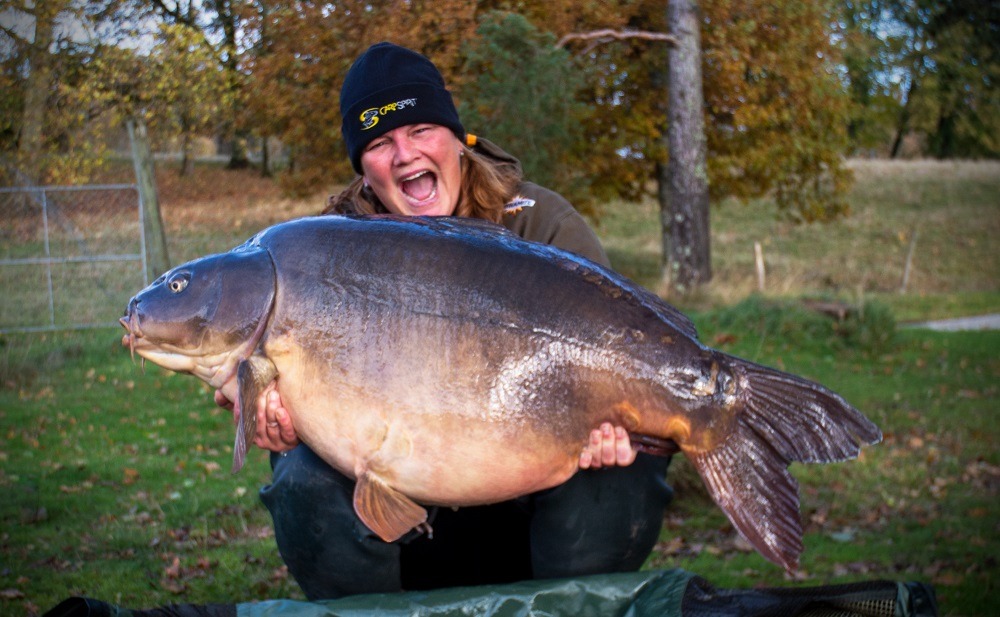