Angling Times’ Bait Clinic specialist, Dr Paul Garner shares his favourite baits for tench and how to make a groundbait mix that will keep tench grubbing around in your swim for longer… 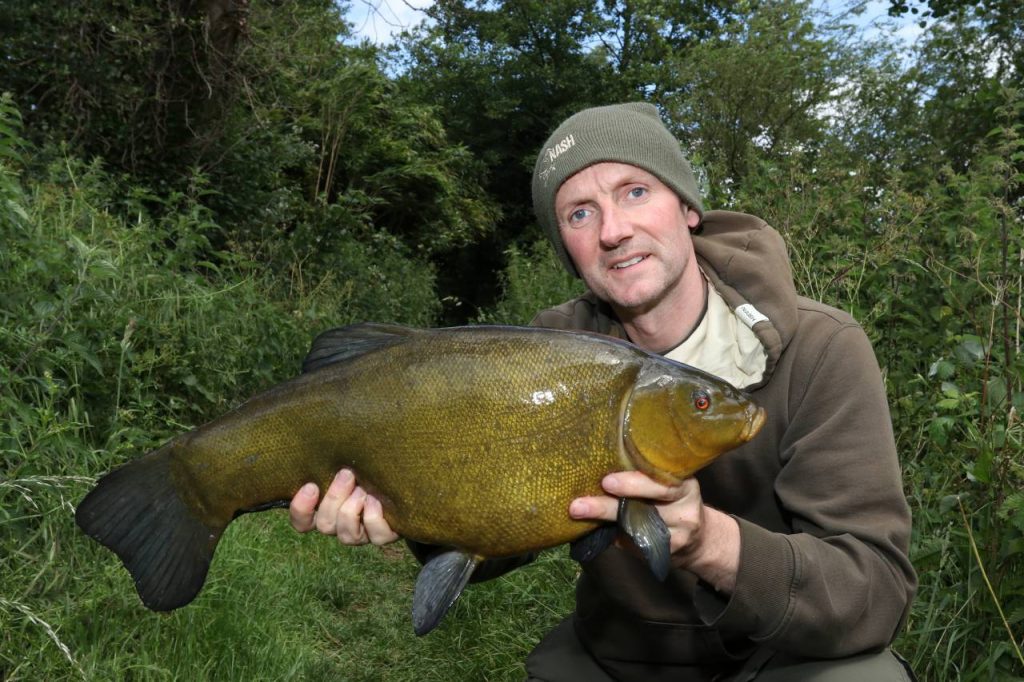 May is a month that has become synonymous with tench fishing. With water temperatures now rising sharply, the inky surface of a stillwaters across the nation are now being broken by the tail-slap of a frisky male tench, or the more languid roll of the larger females.

Tench fishing doesn’t come without its frustrations, and top of my list are venues where the tench constantly roll, but prove very difficult to catch. These tend to be rich gravel pits, where no amount of bait will wean the tench off their natural diet. On these venues baits that mimic the natural diet of tench, such as worms, maggots and casters, reign supreme. Using these simple baits can often be the key to unlocking difficult venues.

Modern baits also have their place though, especially when it comes to overcoming specific obstacles, so lets take a look at my top-five tench baits, and when and how I use them.

My favourite tench bait, and the one that I will start with on any new venue. At range I will use a helicopter rig with a big blockend feeder and a bunch of maggots on the hook, but within a couple of rod lengths of the bank float fished maggots are very effective. Red maggots have the edge for me, as they are a good facsimile of the invertebrates that tench naturally eat. 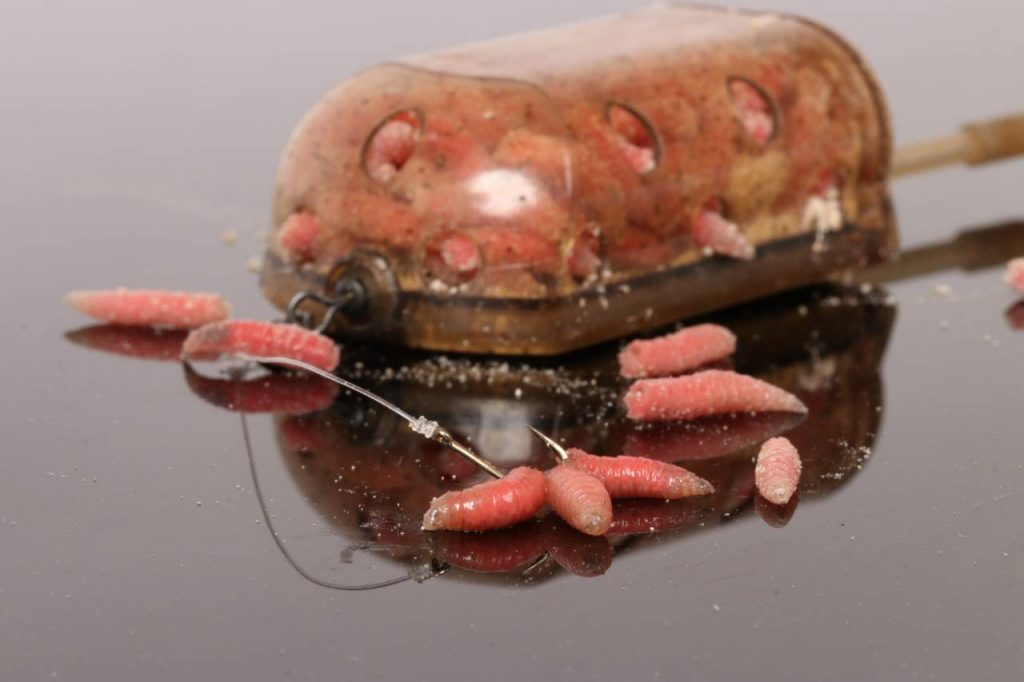 The problem with maggots is that they can be impossible to use on venues that contain a lot of silverfish. If this is the case then a swap to casters can be all that you need to change. With both maggots and casters I never use a lot of bait, a couple of pints is more than enough for a days fishing. I have filmed tench a lot underwater and they like to graze; use too much bait and your chances of them singling out the hookbait are greatly reduced. 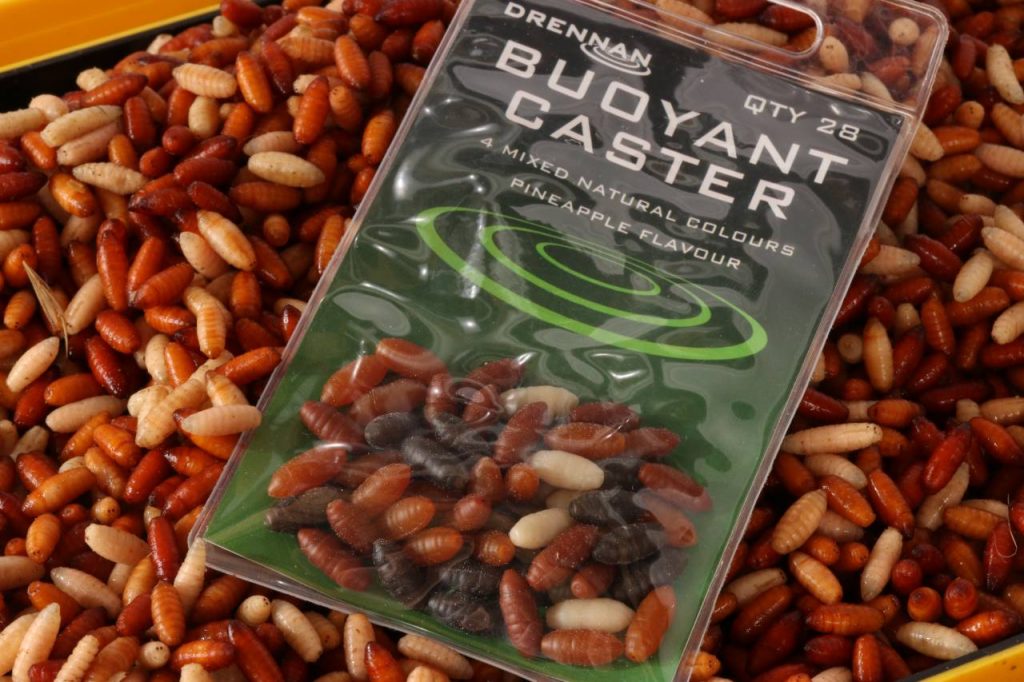 Casters make for a great change bait on venues with lots of nuisance silverfish.

Don’t go to the expense of buying lobworms, dendrabenas work just fine for tench. Try feeding roughly chopped worm and fishing a stack of pieces either on a hair rig, or crammed onto a size 10 hook. 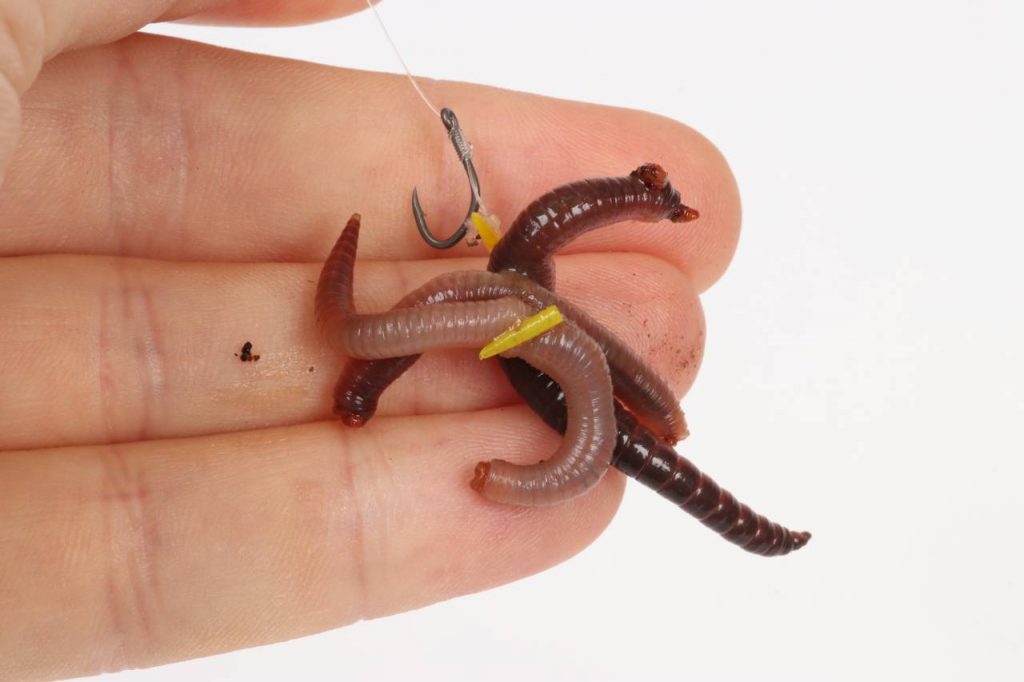 Worm kebab rigs have contributed to the capture of thousands of tench over the last decade.

Very cheap to use, as a tin will easily last me all day. I find sweetcorn can be a little hit-or-miss. On hungrier venues the bright colour can bring almost instant bites as the tench single-out the grains. Using too much, once again, just gives the fish too much choice, so feed sparingly. Results on corn can fall away as the season progresses as the tench become more preoccupied with smaller natural food items, so if your results tail-off then it might be time to change. 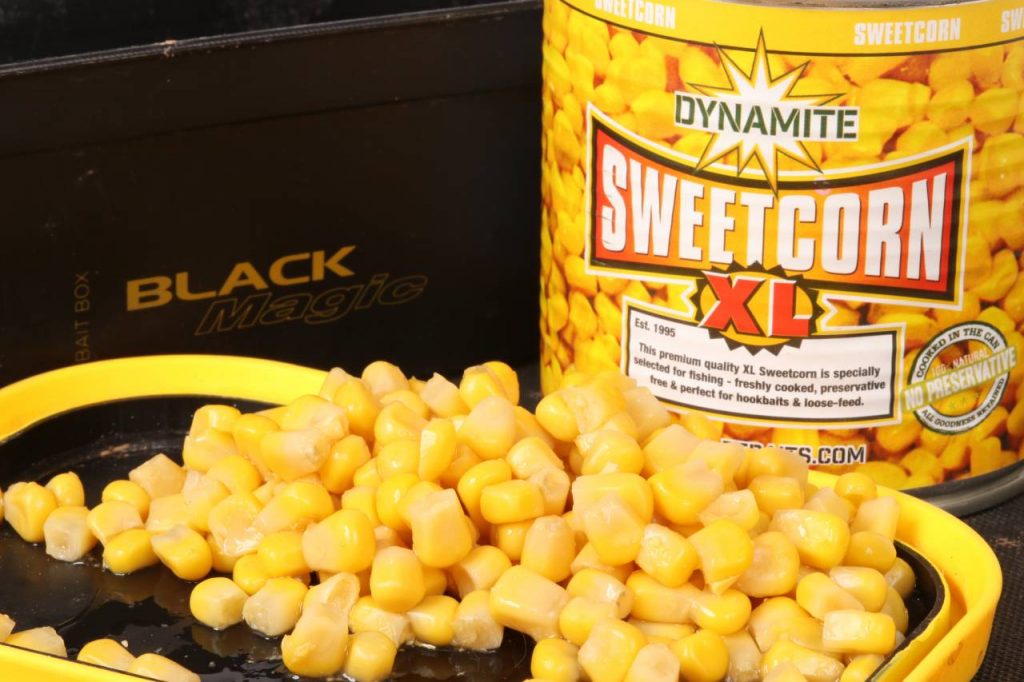 Tench also have a sweet tooth for sweetcorn.

Just scraping into my top-five are boilies. On venues that contain a lot of silverfish mini-boilies can be a selective way of fishing for tench, but I would always prefer to use other baits given the choice. Tench feed much more by sight than we often imagine, so I find bright yellow baits the most consistent, irrespective of the flavour. 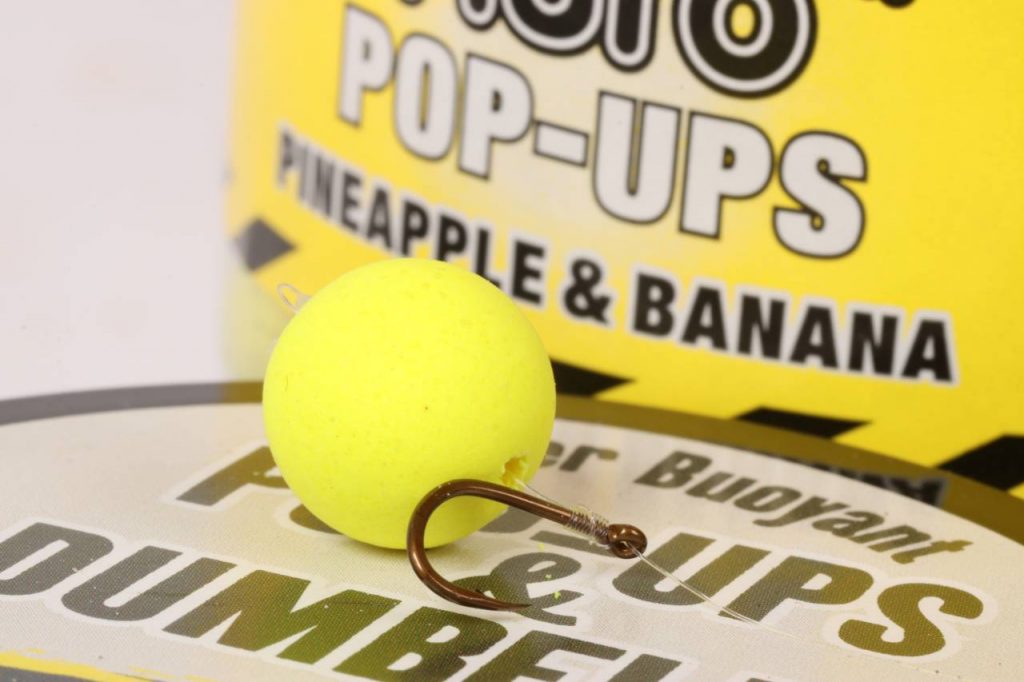 Boilies are not Paul’s favourite choice, but they will work on the right day.

Groundbait can be useful for catching tench on the Method feeder, or when feeding chopped worm and casters through a cage feeder. For this job I use Dynamite Bait’s Swim Stim Green, which has been a consistent tench-catcher for many years. To this groundbait I add around 25% Krill powder, to boost its pulling-power further. 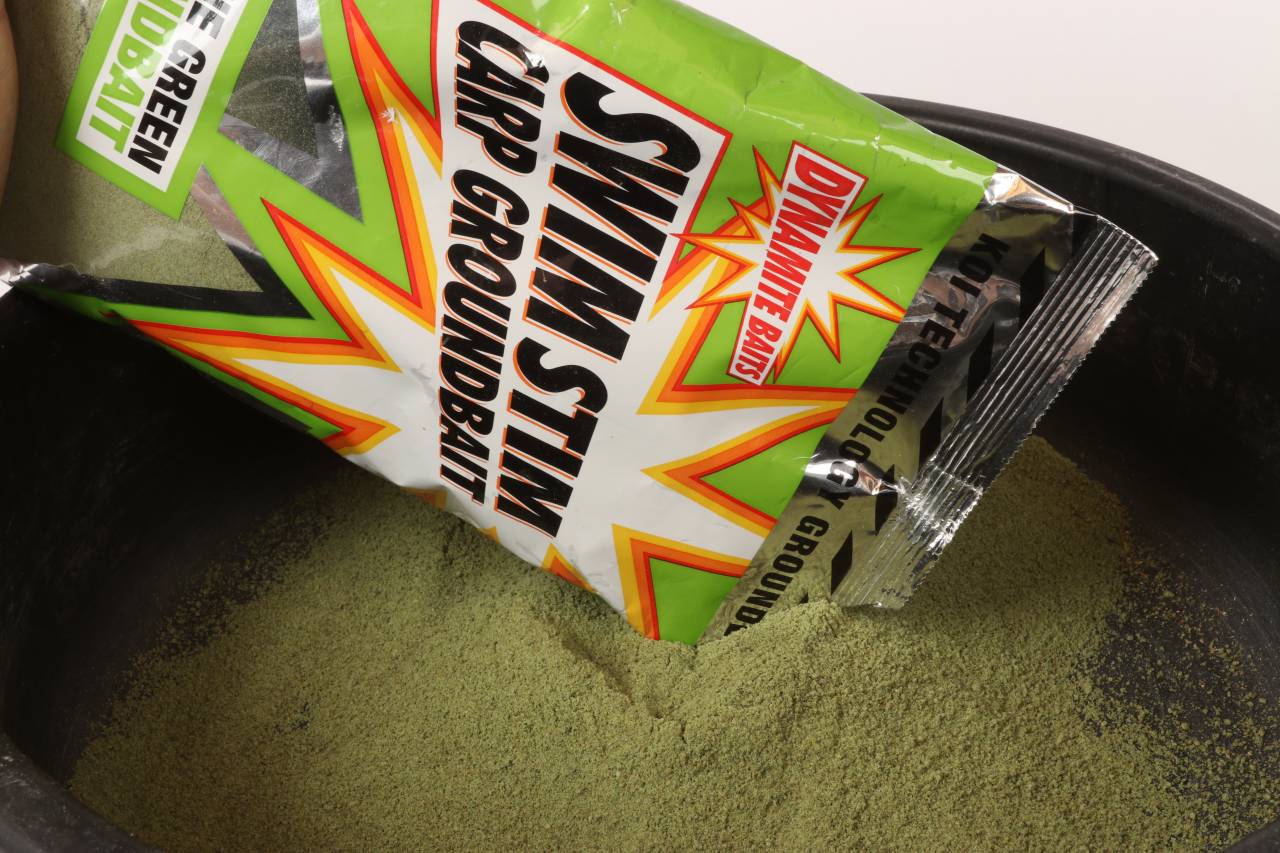 Swim Stim Betaine Green groundbait has been a proven catcher of tench for years.

On tough days a flavoured hookbait can make the difference between nicking a bite or two, and blanking, but on days when the fish are feeding well I tend not to notice any difference between flavoured and unflavoured, particularly when using maggots, worms and casters. If I want to attract tench to the hookbait then a quick dip in Shellfish Sense Appeal often does the trick and has caught me a fish on many tough days. 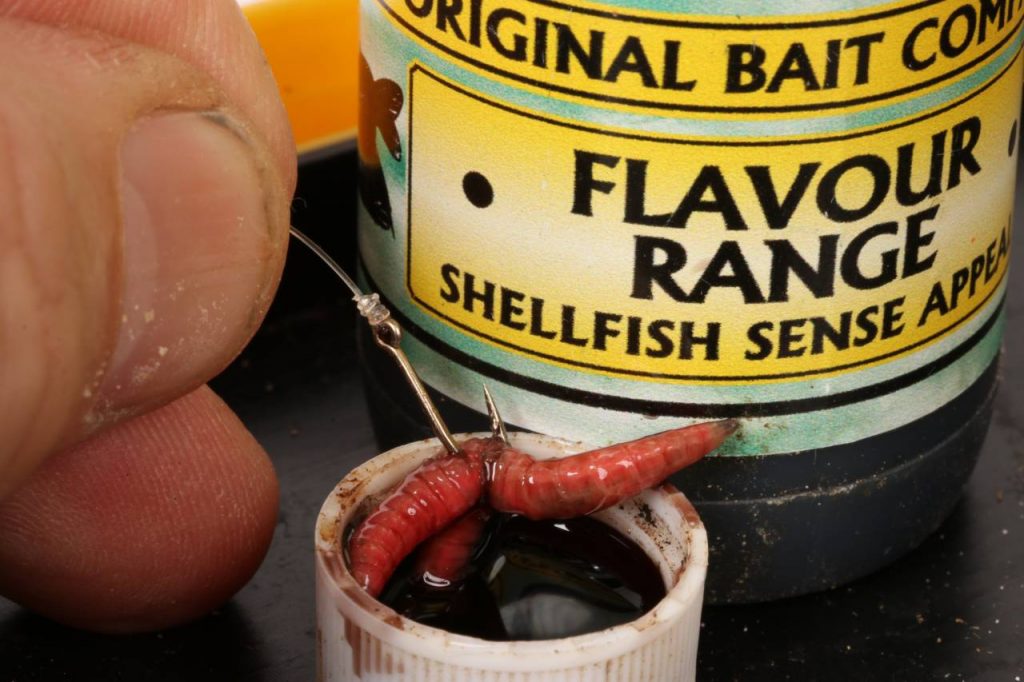 Dipping your hookbaits in Shellfish Sense Appeal can make a real difference on tough days.

Hemp is a good way to keep tench rooting around in your swim for longer, but don’t use too much. A handful is plenty. 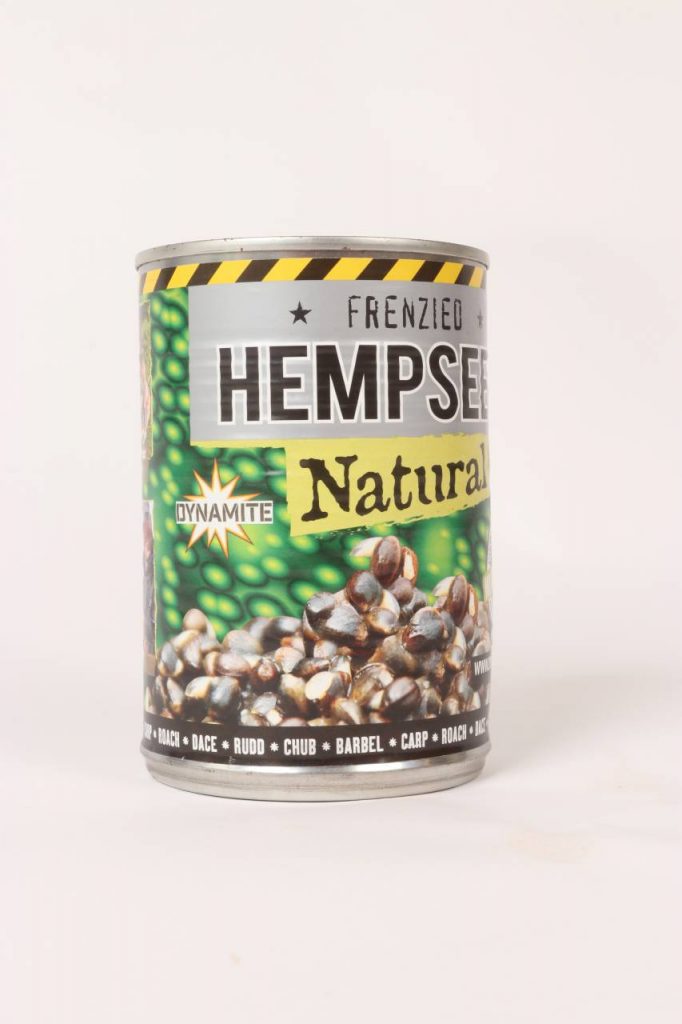 Groundbait can be a handy way of feeding small baits, such as casters and hemp, either through a cage feeder, or on a Method Feeder. This mix is also just as effective when balled in too. Don’t be tempted to overfeed, just five tangerine-sized balls is enough at the start of a session.

Double-Figure tench on The Source for Matt Fernandez