The competition, which celebrates it’s 20th anniversary this year, will be as fierce and as popular as ever. Anglers from across the World including as far away as Canada and New Zealand have all qualified and will be descending onto the banks of Lac De Madine to attempt to lift the coveted crown. The anglers will fish in pairs for five days after drawing their swims from the hat with the team’s biggest three fish counting as their final weight. Last year’s event was won by English carp fishing legends Lee Jackson and Tim Paisley with fish of 25.5kg, 25.0 and 21.7kg. 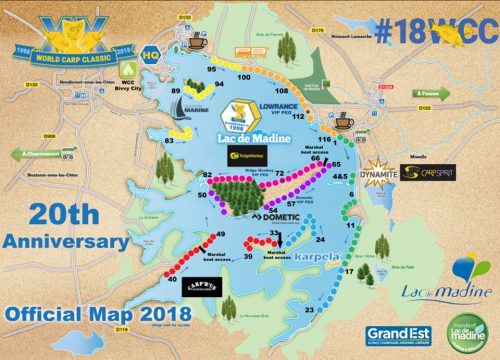 Dynamite at the World Carp Classic 2017