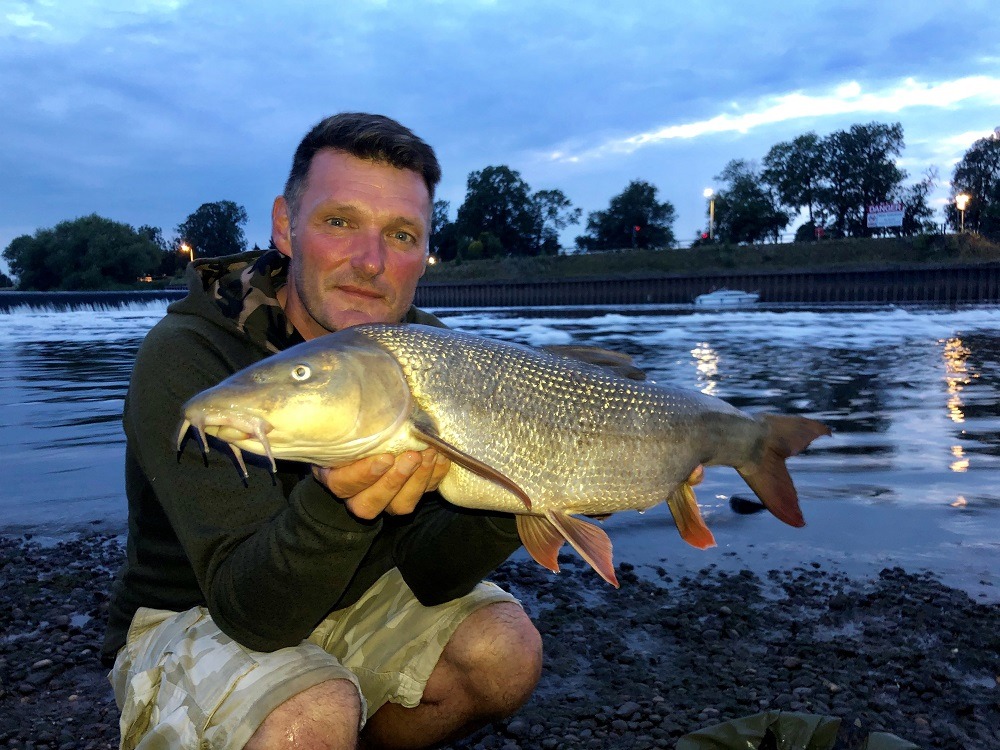 A couple of days in the Dynamite office for me meant finding somewhere locally to stay. However I’m not a fan of hotels and much prefer a bank time. A quick chat with the lads in the office and we decided on a ’carpy overnighter’ somewhere local.

However the fish were spawning on the venues we were looking at and the other one wasn’t fishing that well. It was then that Dynamite Dave had a call from one of his mates who couldn’t make a date on the river so with their places available we headed off to Trent to that Mecca of barbel fishing otherwise known as Collingham Weir at Newark. 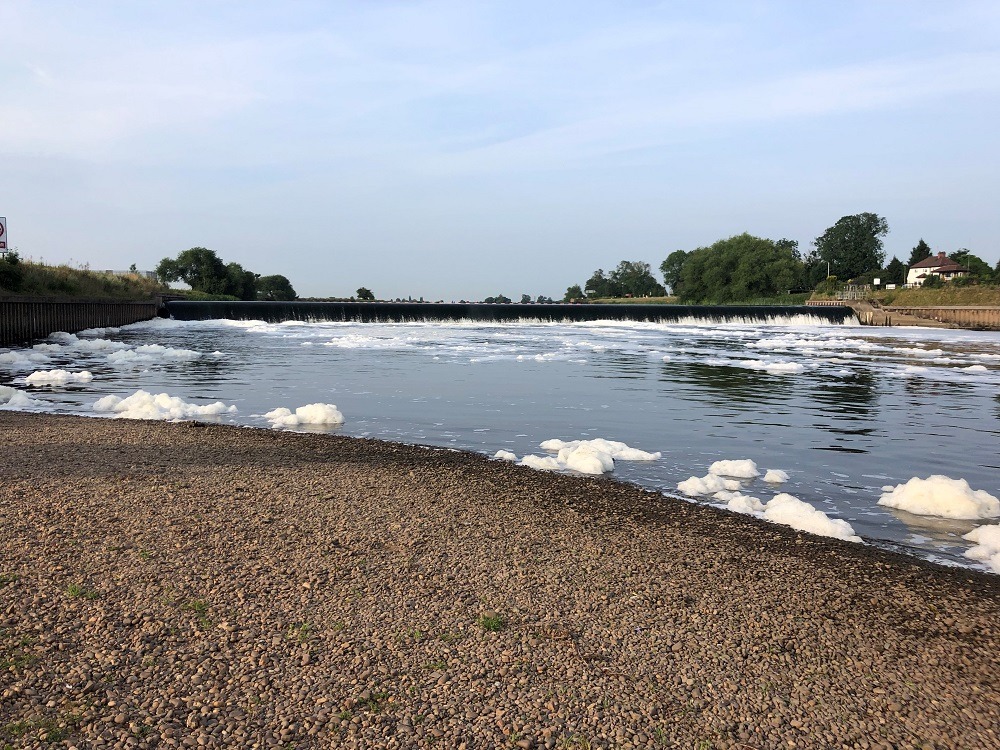 I’d heard of it before but never seen it, so the opportunity to fish there was bang up my street. I fished a lot for barbel in my youth but since then I’m an occasional barbeller. In fact my personal best iss a modest 10lb 12oz. That said I was with hardcore carpers and Dynamite staffers, Matt Ablewhite and Dave Spence. As for PBs we all thought we might be in with a shout, although Dave was leading the way with a 12.08.

To add to the pressure a little bit we decided to film our splash and dash for my TV programme On The Bank – (BT Sport 9 pm Monday night). Short session after work stuff and all that.

A quick stop at the chippy in Collingham and with the very welcome assistance of Kai the Collingham Bailiff, we arrived at the bank about 7.30pm in the evening. I’d only got my carp kit with me not my barbel stuff (I’m gonna grab the excuse first) so needed to fully rig up again. Matt was up and running first, and even before Dave and I had were able to put our first rig out Matt had nailed one. Bingo. Game on. 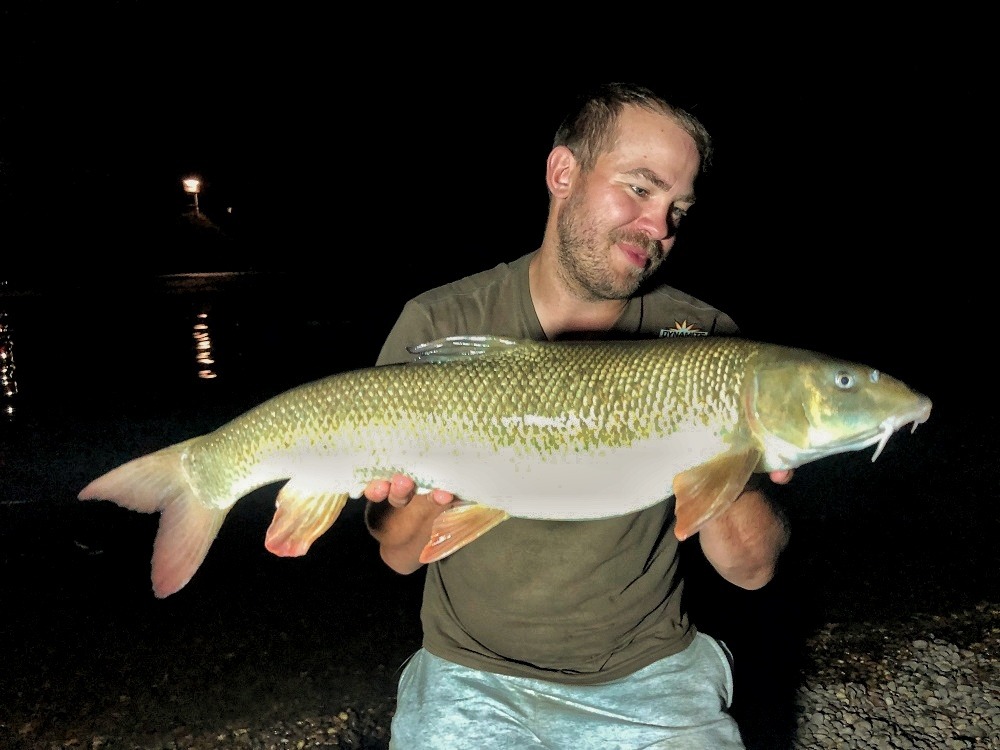 Matt didn’t take long to get into the action

No rest for us…

Dave Matt and I sat there, chilling’ as you do waiting for my turn and winding down after a busy day and dash to the river. Fat chance of that. The top had only just come off the Bud Light when one of my reels started singing.

It didn’t take long either as the fish clearly found the CompleX-T Pellets and Big Fish River Meat-Furter baits irresistible. It’s absolutely melted off, that typical barbel bite that nearly pulled the rod from the rest. Even with a 3lb-plus test curve rod it was tricky to get the fish under control in the flow. I wore it down eventually and Dave netted what was clearly a big whisker.

We thought it might rattle my personal best as it was a very strong solid long fish but were all quite shocked when it went 12 lb 7oz on the scales. I was overjoyed. A New PB on my first visit to a new venue. As far as I was concerned that was me done. Pass the Bud 🙂 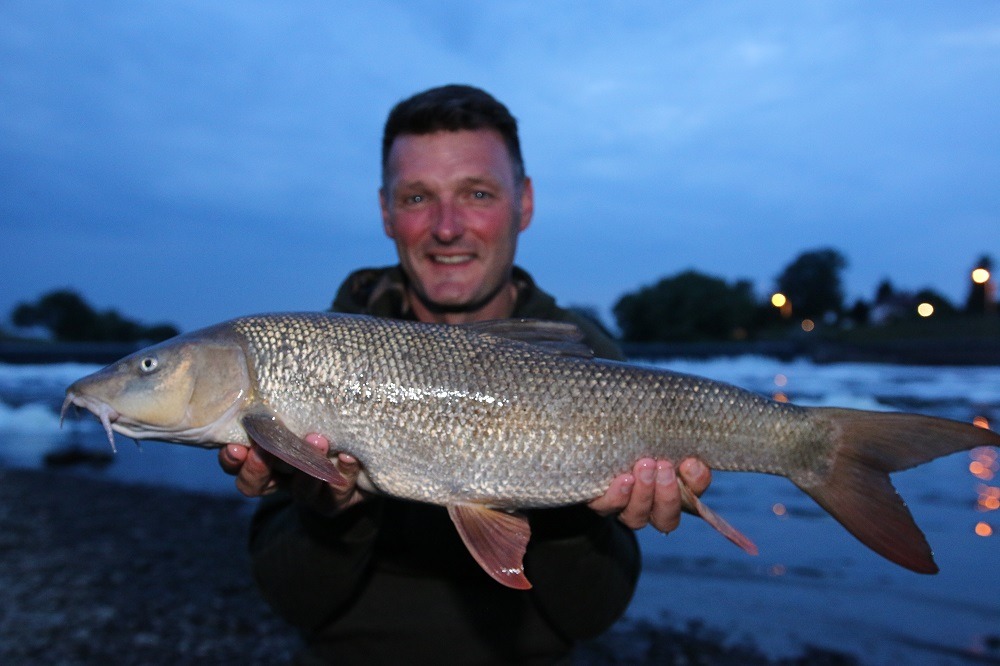 We celebrated the fish with a beer and chilled out, as we all like to do on a great evening, but Matt’s rod’s quite simply wouldn’t sit still. They were on it big time, and it wasn’t long before he smashed his PB too with a fish of 11.04. At one stage both of Matt rods went off at the same time, Dave legging it down to help, when his rod rattled off as well. Triple taaaaake!!

Camaraman Steve even got in on the action too with his first ever barbel at 8lb 3oz and eventually Matt joined me and reeled in to hit the sack, 10 fish to his credit. Warrior Dave continued through the night and when I woke at 5:30am he was still up playing fish. 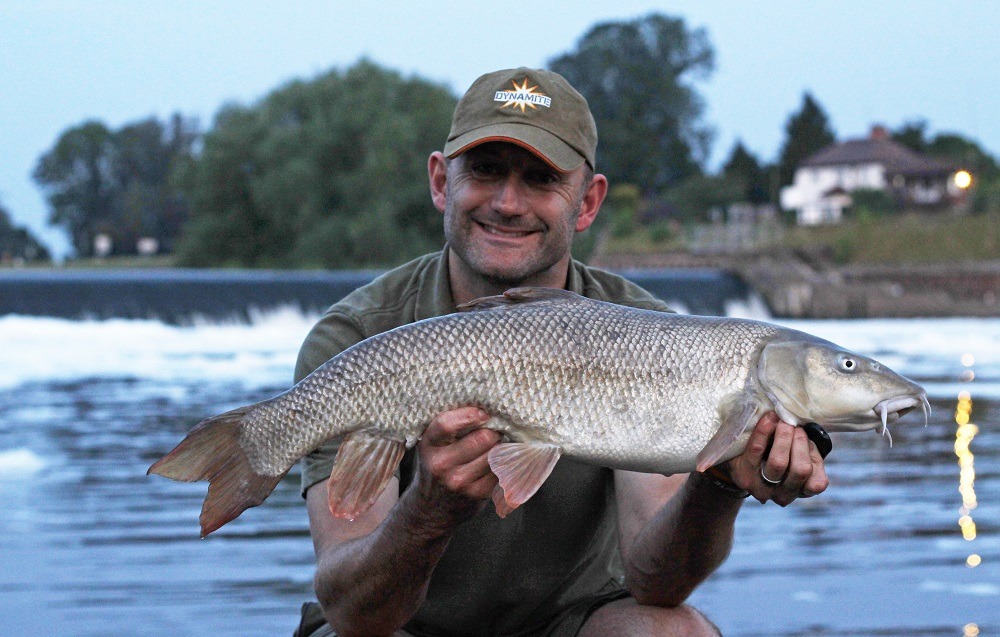 Dave kept on catching through the night..

Collingham is obviously a brilliant place to catch barbel. The average size is incredible with loads and loads of doubles. Like any popular productive fishery it can be busy. Speaking to the Bailiff it’s booked solid every day until November (it’s currently July as I write). The fish are clearly hungry but they are also not stupid and just like carp they see a lot of pressure. This is why are good bait and a decent presentation make all the difference.

On the hook we used a mix of CompleX-T Hardened Hookbaits with matching paste as well as Shrimp and Krill Big Fish River Busters. The big fish river range, and a little bit of CompleX-T paste and pellet had done its job admirably. 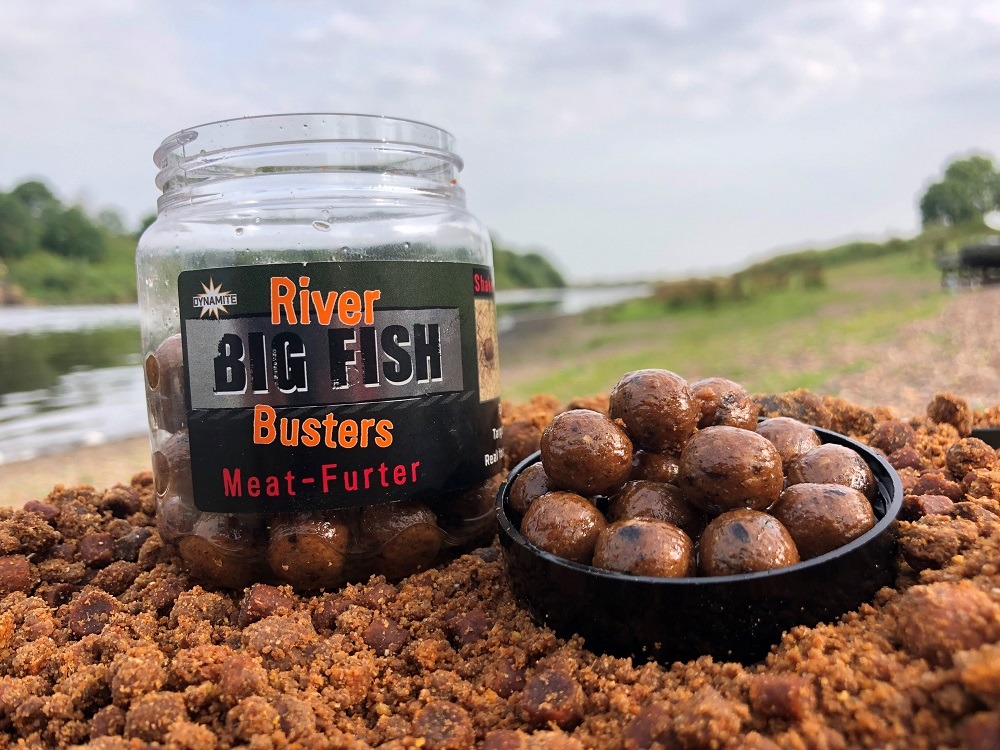 The fish were loving the new Meat Furter…

We sadly headed off early the next day to get back to the office, absolutely shattered, battered but grinning from ear to ear and a collective total of 20 barbel, including seven doubles, and new PB. All that with two of us reeling in as well. What a session! 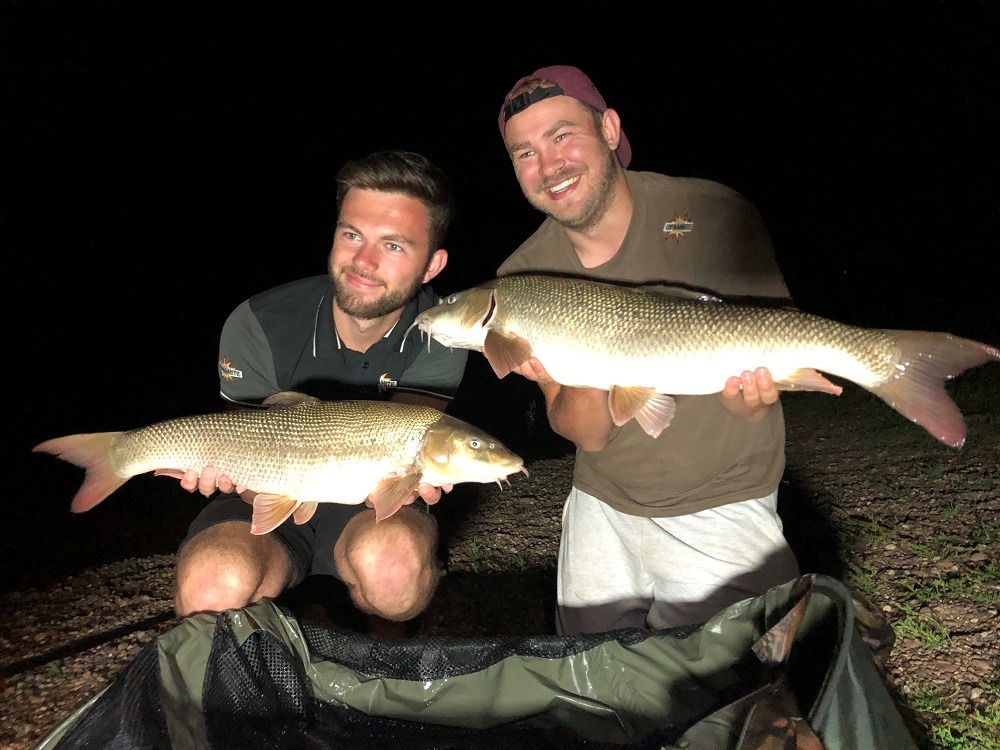 If you are thinking about fishing at Collingham check out the website bookings at www.collinghamaa.co.uk, and if you are heading anywhere barbel fishing, don’t whatever you do, go without the Dynamite Big Fish river range.