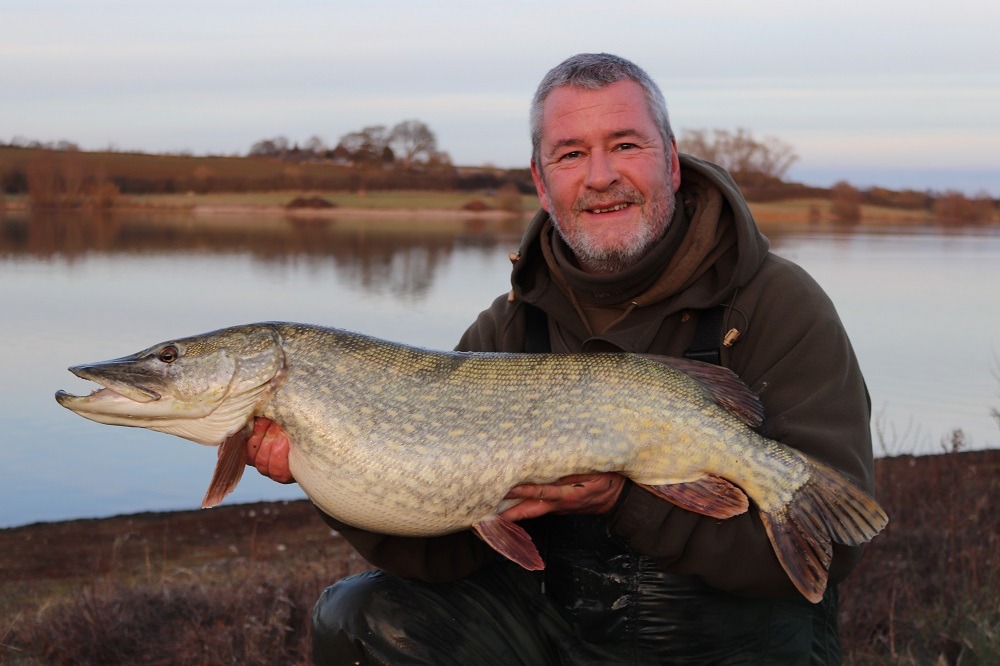 Normally I write my angling diary type blogs for the Dynamite website based approximately on a 3-month period loosely covering one of the yearly seasons, such as the autumn, spring, or whatever. My last piece covered the Winter period from early November through to mid-January, so I would normally be covering events from the last few weeks of the season through the Spring period for this article.

However, with so much happening, together with a few good fish being caught, in the few weeks between mid-January and March, I thought I’d better concentrate on this short period for this piece and cover the Spring months in my next blog.

By the end of January the rivers were looking to be in better order and I was hoping that the Great Ouse would present me with some chances of catching both decent chub and perch if I could find areas that contained the sizes of fish that I was after.

Of course, finding the fish was easier said than done, as the big fish are rare beasts, with the big perch especially difficult to locate. There’s no doubt that years ago there were more big perch, especially in the upper reaches of the river, but with angling clubs losing control of some of the better stretches, predation from an increasing number of otters and perhaps simply the natural cycle of things, finding any numbers of the better fish was becoming ever more difficult.

I’d also noticed that in the past, once a few fish had been found, they could move, but would generally still be found somewhere in the same approximate area, despite a bit of angling pressure. However, it seems that in the last few years the big perch have become less tolerant of angling pressure and can suddenly disappear from what had been a relatively productive area.

Big chub often displayed this same habit, with a few big fish showing a distinct preference for certain areas, or even favorite swims for a good while, but many of them seem to be keen to get on their travels at the drop of a hat. With the fish showing such a willingness to move about on a regular basis, I’ve tried to adopt the same habits into the approach to my river fishing and have forced myself to become more mobile in the last few years.

As is often the case each season, the perch fishing on the rivers can be hard work during the colder months of the winter proper and then start to pick up as the weather warms up towards the “back end”.

This year followed the same pattern and I struggled to catch any decent perch until February when I finally found a few pockets of decent fish and managed to fish for them in conditions that were conducive to a few bites.

Simple running leger rigs with either a straight lead, or a maggot filled swimfeeder, with lobworm as a hookbait are my usual “go to” tactics and usually produce bites when you’re on fish. On one particular stretch, a couple of perch fishing sessions lasting from lunchtime until early evening, produced a few nice 2’s and and a fish weighing 3lb 2oz. 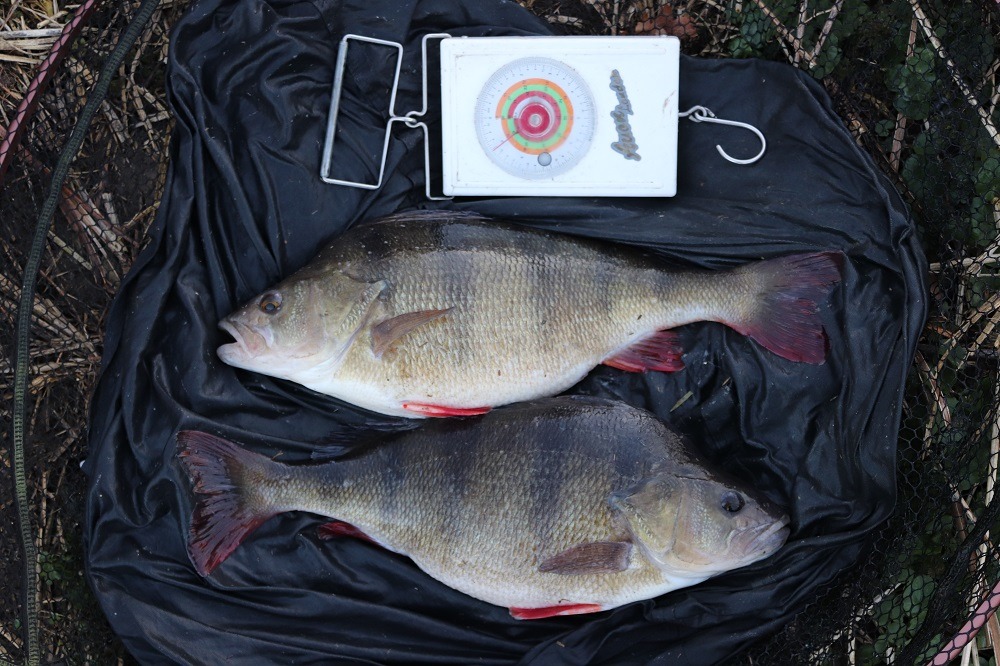 However, on the next trip I struggled to get a bite. Thinking that I’d perhaps put the fish under too much pressure, on my next trip I decided to try a different section of river, one that had produced the odd good fish in the past but had produced very little for me in the last two seasons.

Things started slowly, but following a couple of swim moves I was suddenly getting bites and catching some very nice perch, including several 3’s and cumulating in a fantastic perch weighing 4lb 5oz as the light started to fade. I was especially happy with this fish, as it was my biggest perch from the river for a few years… and from a stretch that appeared to have been going downhill to the point that I had almost given up on it. 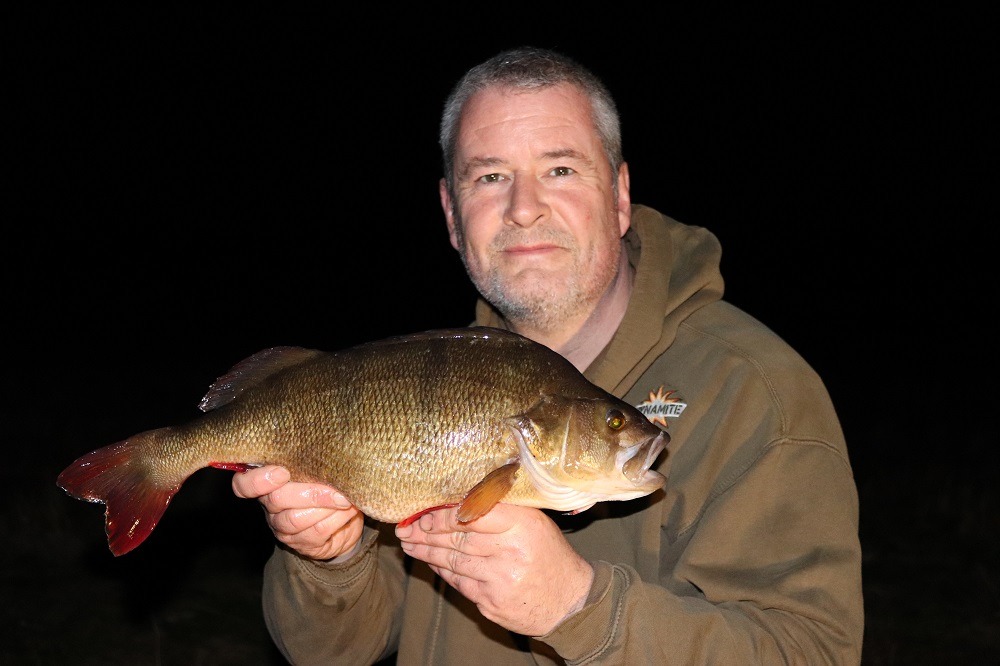 Tony was delighted with this 4lb 5oz Ouse perch

It just goes to show that on the river you can never really be sure about what fish are still about and where exactly they’ll be found. And just to further illustrate the point, a couple more sessions in the same swim and elsewhere on the same stretch failed to produce a single bite, despite fishing in what appeared to be good conditions.

Rather like the perch fishing, my chub fishing for the winter had started well, with a 7lb+ fish back in November, but during the colder periods in December and early January I was struggling to catch anything much and certainly failed to find any big fish.  Fortunately, the mobile approach payed off in spectacular style one day when the conditions looked to be getting a little better and I’d started the day fishing for perch.

Unfortunately, although the mild drizzly conditions looked good for some action, the perch fishing was totally unproductive.  However, despite the lack of action, once I’d figured it was too dark to expect any meaningful amount of perch activity, I’d managed to motivate myself to swap the end tackle over to target the chub and to do the drive over to another section of the river.

The stretch I’d selected was a tough one and hadn’t produced many chub bites for me at all in past seasons. Despite my previous lack of success, I quite fancied the stretch for a big fish and had lightly baited some of the swims in the area with Complex-T boilies on a number of occasions in the previous few weeks, and reckoned now was the time to give it a serious attempt. 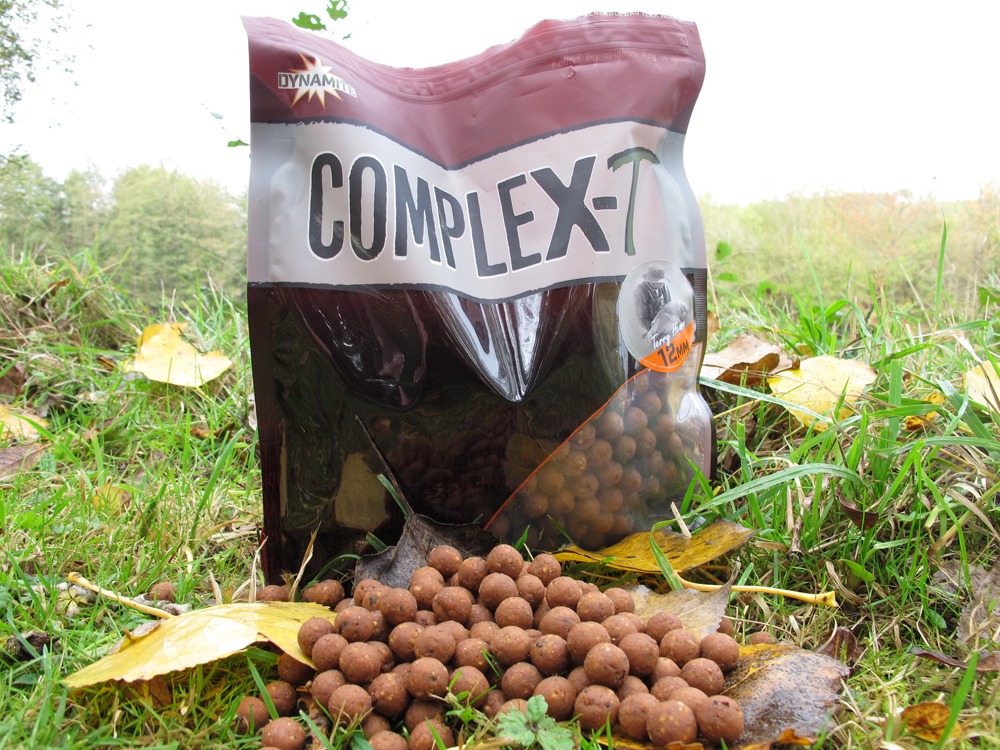 The first two swims I dropped into didn’t result in as much as a flicker of the quivertip and I was starting to think that despite what I’d considered were reasonable conditions, there was something else that I couldn’t quite fathom that was affecting the river and putting the fish off.

Just as I was settling into the third swim of the evening, after flicking a hair-rigged 12mm Complex-T boilie tipped with a piece of plastic corn a few yards downstream, the rain became more persistent and I was forced to put the brolly up to prevent a soaking.

Soon afterwards though the tip suddenly jabbed round in the direction of the end tackle. Almost as I struck though I somehow knew it was one of those bites that I was going to miss but couldn’t stop myself from striking. I hadn’t felt the slightest resistance on the strike and therefore hoped that I hadn’t spooked the fish responsible too much and that I might have another chance at it later.

With that in mind, and with the rain still coming down quite heavily, I stayed under the brolly in the same swim, but took the opportunity to re-bait and cast upstream towards some inviting looking overhang. A few minutes later the slight tensioned curve that I’d imparted to the quivertip relaxed and I saw the isotope nod back as the tip straightened, prompting me to strike.

Almost straight away it felt like a good chub, doing nothing more than just plodding around the swim, but not allowing itself to be drawn quickly towards the net… and making itself feel increasingly heavy at the same time.  Eventually I was able to guide it towards the net and I caught a tantalizing glimpse of a large chub as it came over the cord and I drew the mesh around it. As I carried the net towards the unhooking mat I knew it was going to be 7lb+, but I was elated the moment I got my first proper look at the fish and wasn’t at all surprised when the scales confirmed a weight of 7lb 13oz and a new chub PB. 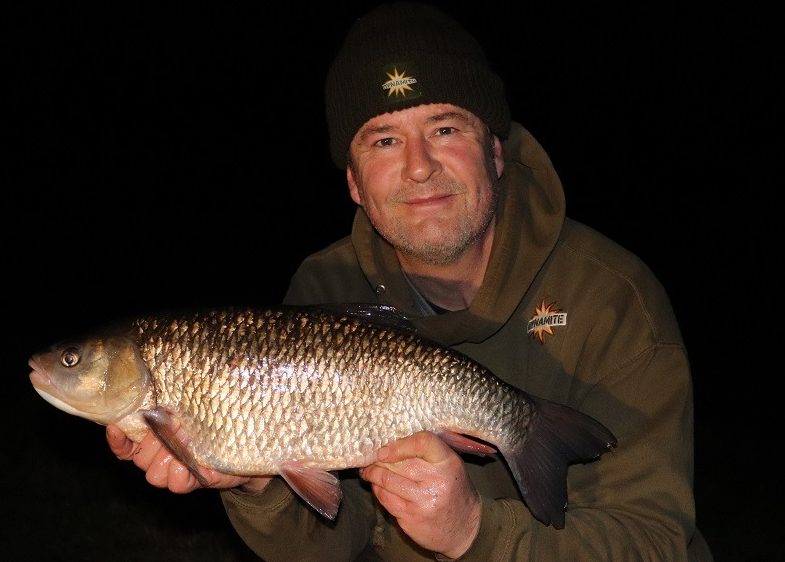 The golden period continued shortly afterwards as my pike fishing on the big reservoir eventually resulted in a couple of nice fish. Yet again, the fishing had been hard work over the main winter period, with the odd single figure fish being the usual reward for all my efforts. However, the final session or two produced a couple of better fish on deadbaits, with the best one being a plump, young looking fish that turned the dial round to 23lb 12oz.

This 23lb 12oz lump was a fantastic result

Back on the rivers…

Inspired by my recent PB and the fact that the rivers were finally looking to be in decent order, most of my fishing up until the end of the season took place on the rivers. Chub were the main target, but I was also considering barbel as a secondary target, especially when there was some extra water coming through.

I failed to connect with any barbel, but the chub continued to provide some sport and I managed a few more decent fish, including fish to 6lb 11oz, before all too soon the end of the season came along and thoughts started to turn towards my spring campaigns and different species. 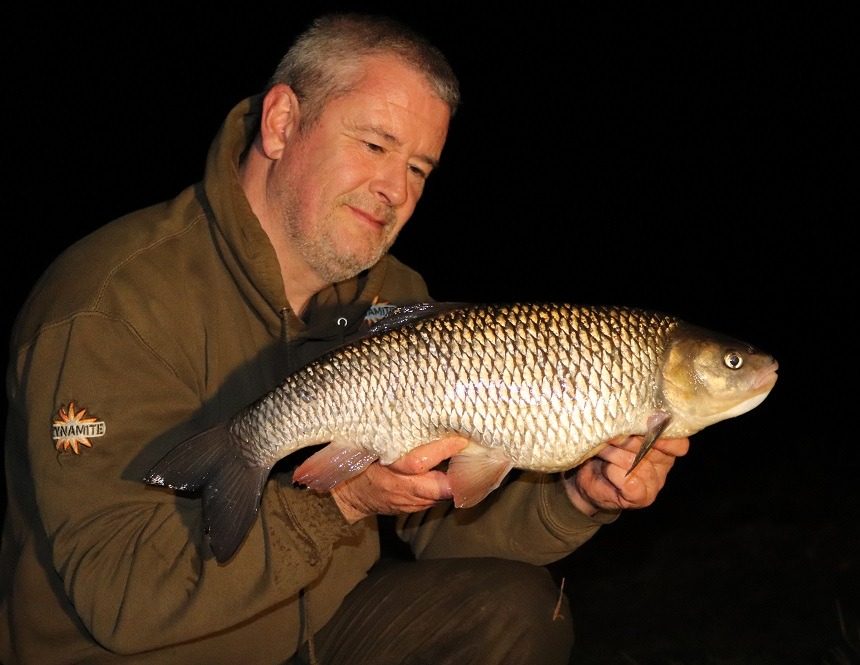 This 6lb 11oz chub finished the season off in style

How to catch big river perch