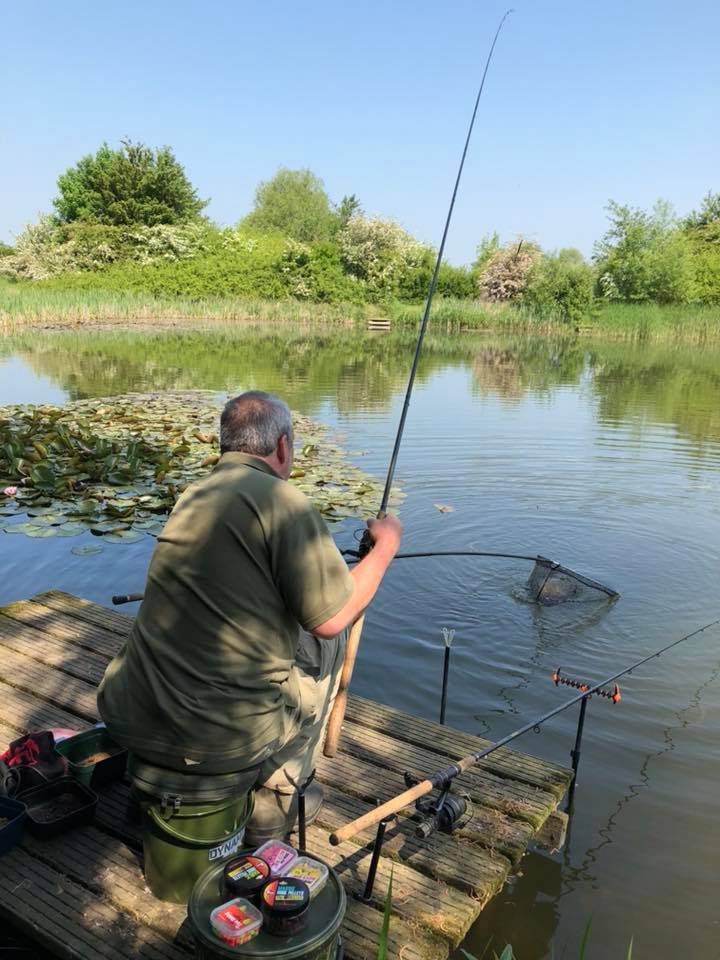 My initial fishing plans for the Spring period were to investigate a new (for me) Nene valley gravel pit for the bream and tench potential and to get myself back over to the Bluebell complex of pits near Peterborough, with both tench and carp in mind.

The first duty of the Spring period though was attending the “Carpin’ On” show at the “Five Lakes” venue in Essex to set up and man the Predation Action Group (PAG) stand over the weekend. Always a great social weekend, as well as the important stuff regarding highlighting the PAG work and the necessary fundraising activities.

Once I’d got my fishing head on though it was over to the new Nene valley pit for a few walks of the bank with the marker rod to investigate likely looking areas and to gain an initial understanding of the depths and contours. However, with wet, wintery conditions extending well into the early part of the Spring period, it wasn’t until late April when I felt that my Spring campaigns had got underway properly, with many pits along the valley still recovering from quite extensive flooding. 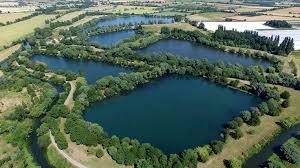 My first session on the new pit was a very cold and damp occasion and I wasn’t too surprised to suffer a ‘blank’. Fortunately though, the next session, now into early May, saw improved conditions and I found myself scooping up a good fish in the landing net on the first day.  The length indicated a very good tench, and although it lacked the girth and subsequent weight increase that would undoubtedly occur later in the Spring, the scales still settled for a very satisfying 9lb exactly. The tench fell for a 12mm CompleX-T hookbait topped with a piece of bright pink Enterprise plastic corn soaked in liquid flavouring. 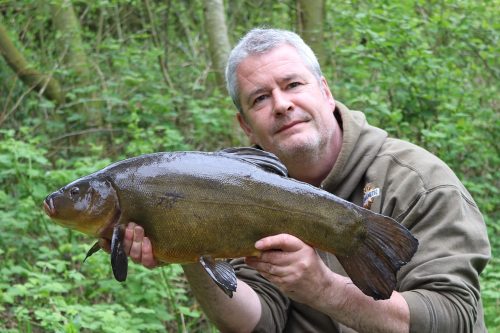 Two rods with similar end-tackle arrangements were fished over a baited area, with the only difference on the second rod being the plastic topper was a yellow corn version flavored with a combination of betalin and blackcurrant. The bait in this area consisted of a mixture of 3mm Marine Halibut and 4mm CompleX-T pellets, with a couple of handfuls of Frenzied Hemp and a good amount of crumbed CompleX-T boilies and a few whole 12mm samples added to the spod mix. A third rod was fished well away from this area. The pits sought after carp were more the target here, with a 15mm CompleX-T Foodbait pop-up presented on a stiff-hinged rig, using a catapult to fire in a generous amount of 15mm boilies around the area.

With everywhere starting to dry out from the early Spring flooding, it was also soon time to start visiting the Bluebell complex. From past experiences, I reckoned that there was an outside chance of a PB tench somewhere on the complex if I was willing to put the effort in and didn’t get totally distracted by the big carp the venue had to offer.

For my first, and for most of my trips to the venue over the next few weeks, I chose a swim that had either given me past success with tench in previous seasons, or from directly observing tench activity in the swim while looking around. In the past I’d had most of my success fishing for the tench very close in, so my usual approach was to fish two rods in the margins, to the right and left of the swim, while the middle rod was more geared towards the carp and was often fished further out. The margins were usually lightly baited with a few handfuls of small 3 or 4mm Marine Halibut, CompleX-T and a SwimStim Pellet mix soaked in either CSL or CompleX-T Liquid Attractant and a few squirts of either the Smoked Salmon or Hemp Evolution Oil.

I had one margin rod baited with either worm or snail as the hookbait and the other margin rod usually baited with either a 12mm CompleX-T bottom or pop-up hookbait. If I chose to fish a snail hookbait from a tin of Frenzied Hemp & Snails, then I’d add some of the hemp, a few cut up snails and some juice out of the tin as added attraction to the pellet mix loosefeed. For all the rods I also decided to incorporate a generous sized PVA mesh bag by the hookbait before each cast, either by simply nicking onto the hook, or by using a stringer needle and sliding the bag down the detachable hooklink. If I do it this way it’s with the hookpoint buried into the bag before attaching to the end tackle and casting out. The main constituent of the PVA mesh bags was the fishmeal version of the X-tra Active Stick Mixes, to which I’d add some Dynamite Grubby Groundbait Carpet Feed or Green Lipped Mussel Method Mix. 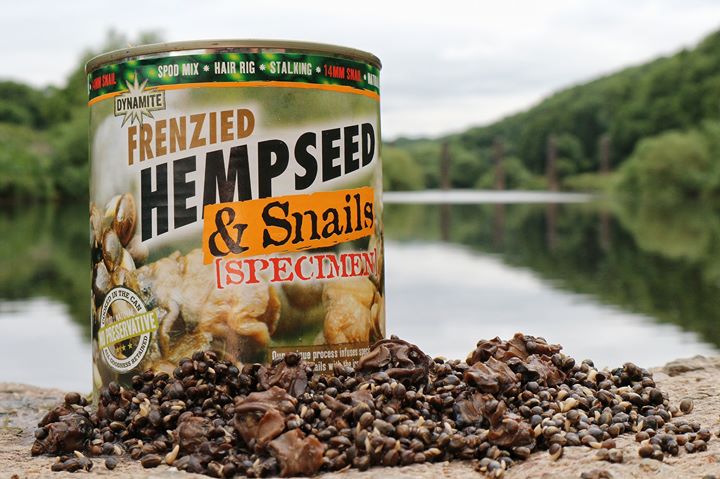 Snails are a killer hookbait for tench

The tench fishing on the Bluebell complex proved to be immensely frustrating, as the fish often seemed to depart from where I’d chosen to fish; sometimes rolling in the swim while I was setting up, but then disappearing by the time I was ready to cast out. The tench also seemed to be very finicky about actually feeding on bait even when I’d found them and they decided to stay around the swim for a while, and it was a good session when I was able to catch more than one tench per trip.

The pit I was concentrating on did appear to be stacked full of bloodworm in the bottom silt, with most retrieves of the end tackle revealing one or two of the tiny worms caught around the end tackle somewhere. I reckoned that the fish were becoming pretty much preoccupied by the bloodworm and would only pick up a bait if it happened to be right in their face at the right time; almost by accident.

Therefore, my tenching sessions on the complex ended up with a few nice fish, but nothing over 8lb for my efforts. The carpers on the pit were also experiencing problems with getting the carp to pick up a bait from the bottom. I concluded that the mass bloodworm situation was causing them the same issue I was experiencing with the tench, as nearly all the carp were eventually falling for zig hookbaits fished well up in the water when the carp were residing in the upper layers.

However, my tactics did account for the odd carp, either on the tench gear, or on the rod utilizing tactics more geared towards their capture and I tended to average a carp per trip, and with both commons and mirrors to over 30lb, it helped to keep things interesting. 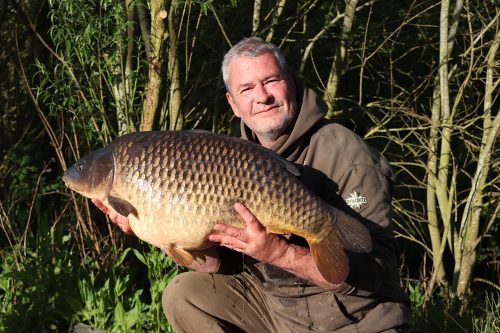 Back on the new pit

Back on the new Nene Valley pit I really wanted to try and target some of the big bream, as there were very few fish, with usually on average only one a year getting caught, but they were of a high average size. Unfortunately, just as the conditions seemed to improve and chances to fish the pit materialized, the carp started spawning and the water was closed for a spell to let the carp get on with it all uninterrupted by anglers. In fact this happened three times over the Spring period and my bream campaign never really got fully underway. Perhaps there’d be opportunities to have another go in the autumn?

I did however have a quite unexpected chance to do a bit of bream fishing after being asked to do a feature for one of the angling weeklies. The plan suggested to me was to do some pellet fishing using the new pellet bands by Enterprise Tackle, with a local commercial type pit on the Stanwick Lakes Fishery complex chosen as the venue.

On the day I arrived reasonably early, as I’d never fished the water before and wanted to have a look around and get a feel for the place. It was also due to be warm and sunny, so I felt an early start might be the best opportunity for a bite. With a few little pockets of “fizz” spotted towards the central areas of the pit, I cast a pellet feeder loaded with pre-prepared SwimStim pellets, with a hard pellet banded to the hook, out towards the activity.

While I organized a float rod to fish the edges of a lily bed to the left of the swim. I’d not long got the float rod set up and the swim organized when the tip on the feeder rod pulled decisively round. A very decent bream had taken the bait and as I’d only taken a relatively small landing net with me, not really expecting to catch anything particularly big, it took a bit of jiggling around to ensure that the fish eventually ended up sinking into the net. That one weighed in at a pleasing 10lb 3oz and a few more bream followed throughout the session, both on the feeder rod and on the float. None of the subsequent fish were as large as the first one, but the rest averaged between around 5lb and just over 7lb and made a pleasing catch for the feature.

I’d taken a variety of Dynamite pellets with me to use on the day and prepped the SwimStim pellets for use in the feeder with the matching pellet soak. Everything appeared to work well, with the 7mm SwimStim Match Minis perhaps coming out on top as the most successful hookbait.

Towards the end of the Spring the tench looked ready to spawn and with consistent warm weather I started to plan my fishing for the summer months. I’ll let you know what occurred in my next piece.

Scroll down to read more of Tony’s specimen fishing adventures…