In his latest article, bait expert and all-round top angler Archie Braddock looks at the breakdown rates of paste and how to get the best out of them. 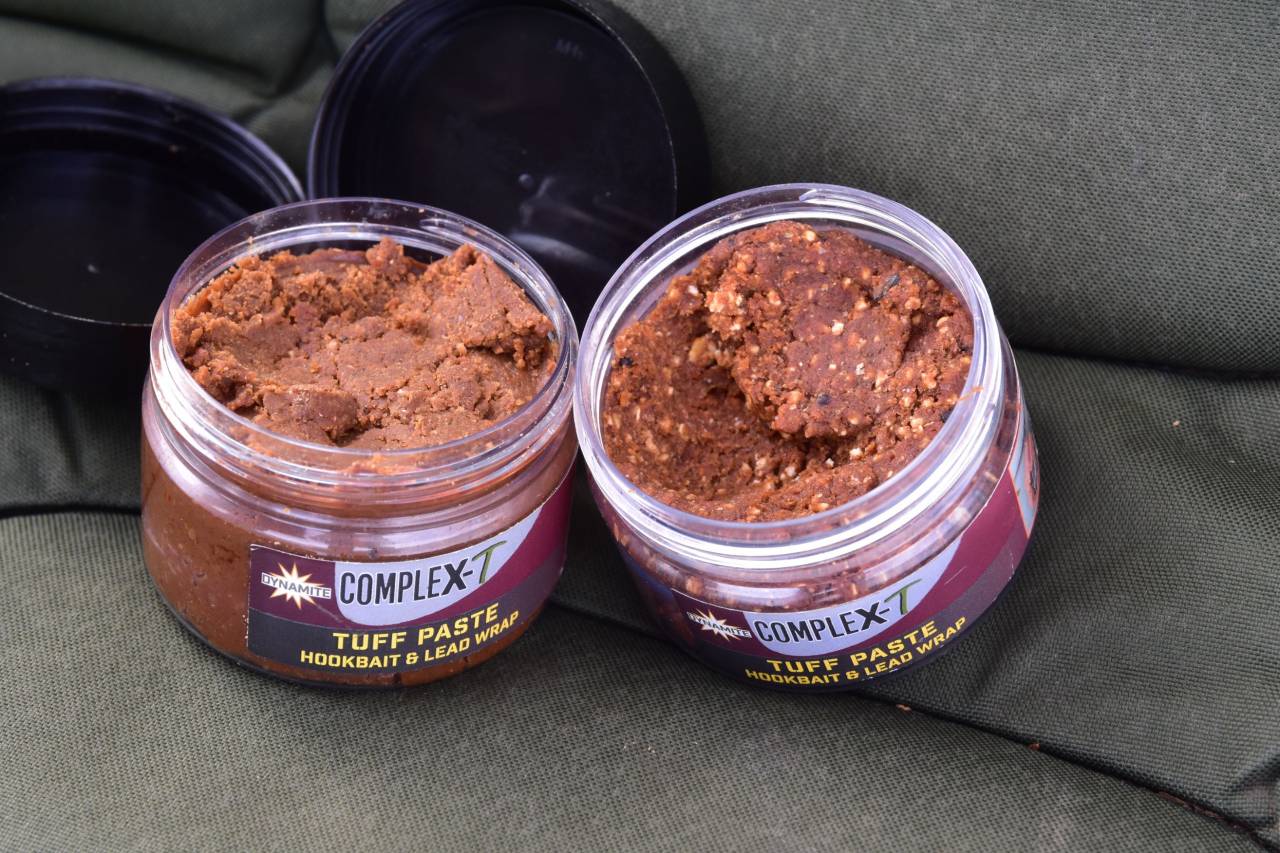 Anyone who has bought my latest book, The First Seventy Years, will know that I am heavily into pastes for several species. This came about after early experiments with big bream gave a friend and I a run of doubles to just over 14½ lbs – in hot calm conditions, the sun blazing down, and the bream basking at the surface over 16ft of water.

They actually went down to take the paste bait, based on the leak-off of flavour going all the way to the surface. Over many years I have spent dozens of overnight sessions trying hard to catch big bream, fishing over a heavy carpet of feed; corn, dead maggots etc, much as many still do today.

All that effort never gave me a double figure fish, so to catch them in the middle of a sunny day when they were just dozing at the surface was a major breakthrough. I have since used various pastes to catch big tench, chub, barbel, and carp, and its that word ‘leak-off’ that is the key.

Let me explain. All modern baits, boilies, pellets, wafters and the like, have some form of flavour attraction built in, but it takes a while before this is released into the water, particularly if its cold; say below 10ºc (50ºf). I’ve done a great amount of testing, using a fish tank so I can see exactly what is happening. 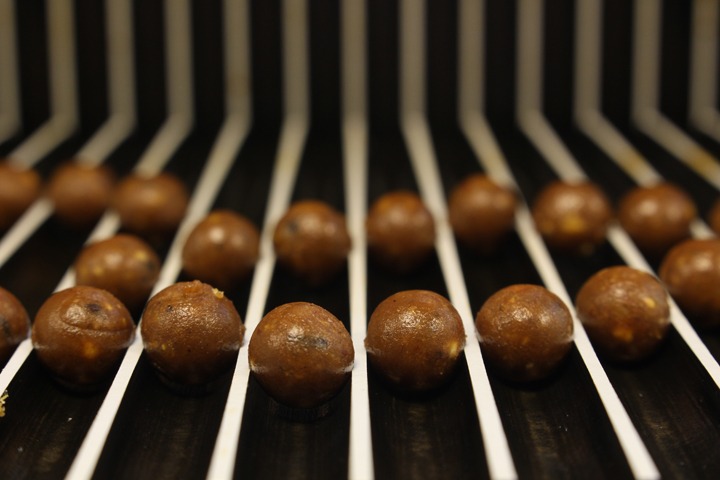 I mould the pastes around cork balls, then anchor them down with split shot so that they sit around 3” above the bottom of the tank. Liquids start to leach into the water immediately, followed later by tiny bits of the paste itself. I find a huge variation in leak-off rates for the different pastes.

A boilie can be largely intact after an overnight soak which is what the long stay carp anglers need. A paste can be totally gone in 30 minutes, far more suited to the matchman or the casual angler, but it is giving off attraction for all of that time.

However pastes do vary, and some will last two hours and more, ideal for anglers like myself, who will leave a bit in the water for that length of time when seeking specimen fish. That’s why its so important to find the breakdown rate, so you know when its time to re-cast: you don’t want to be sitting there with a super attractive bait that has already totally disintegrated.

It’s very easy to check your own baits. Simply fill a maggot tub with water, drop in your paste, pellets, whatever, and then have a look every 20 minutes or so. Test with your fingers to see how soft the item is.

So, now to the pastes themselves, and I predominately use Dynamite products. Yes, I’m a consultant to Dynamite, but no, I won’t recommend their products unless I have satisfied myself they work – and they certainly do.

The firm produces a large range of pastes, more than any other company I’ve come across. I’ve used several of them very successfully and my favourite so far is Halibut Marine. 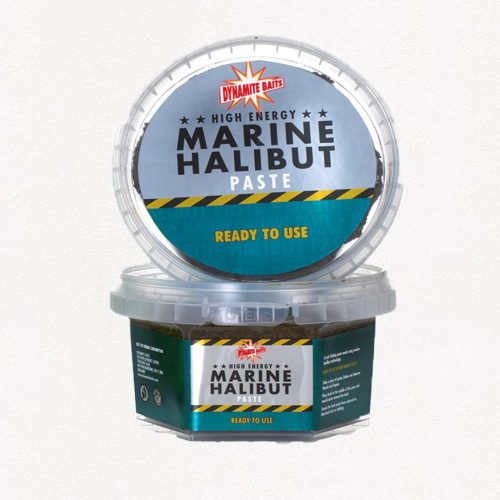 Their range includes: Shrimp and Krill, Amino Original, Robin Red, Crave, Source, Red Krill, Cheese and Garlic, Betaine Green, and of course Marine Halibut. There is also a range of Tuff pastes for those who want their baits to last a little longer. These include a few different ones, including CompleX-T, and Tiger Nut.

Obviously I haven’t yet tested all of them thoroughly, but I gave a tub of Crave paste to friend Roger Nash, a very experienced angler and the man who originally developed the paste approach. His verdict: “This paste is just about perfect”, referring to the texture. Praise indeed from a very discerning angler. 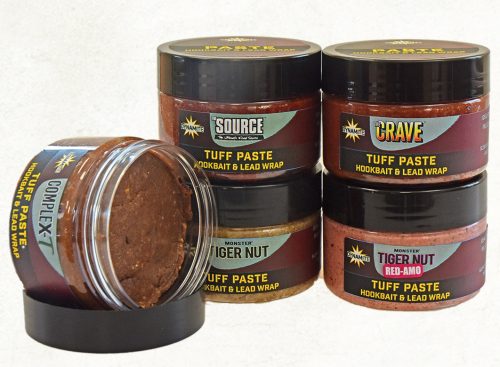 Here are a few estimates on how quick these pastes break down, all tested in cold water, 10ºc or less. In summer the times will be shorter in warmer temperatures, so test them again as described previously.

MARINE HALIBUT:  At 1 hour its getting soft, but stays intact for 2 hours plus.

ROBIN RED:  Breaking up at 1 hour.

CHEESE AND GARLIC:  Breaking up at 30 minutes.

ALL TUFF PASTES:  2 hours plus.

As described in my book I do make my own pastes, using fish meals, booster additives etc, and these are extremely successful,  but more and more I find myself reaching for the Dynamite tubs for  the shear convenience and the guaranteed quality. However, when I’m concentrating on a specific specie, say barbel, I do enhance the Dynamite pastes to that end, by adding flavours or powders, perhaps both. I will use Halibut Marine as an example, and barbel as the target.

Take a mixing bowl and crack one egg into it, any size. Add 10ml (2 teaspoons) of a barbel flavour. Add 5ml (1 teaspoon) of corn oil, Mazola from supermarkets. Mix the liquids into the egg. Tip the paste out of its tub into a separate container. Add the egg mix to this paste a little at a time, and mix the two together by hand until you arrive at a supersoft paste that is oozing with oil. Done right the paste should be too soft to use on a hook, and must be wrapped around a pellet or boilie. For barbel I would use Marine Halibut pellets in the 10 -15ml size.

All the above applies to any of the pastes, and if seeking other species just change the flavour used and maybe the type of pellet. Carp, for instance, use Robin Red paste, any carp flavour, and a Robin Red pellet. You can mix and match various flavours and pastes as an experiment but always aim for that greasy oily finish on a very soft paste. This gives maximum leak-off from the time it hits the water and it continues until its broken down.

This approach has brought me many specimen fish, and good bags of mixed species, on some very tough stretches of the Trent and various still waters. I don’t usually fish the commercial carp lakes but I would suggest that you start with your normal pellet approach, then try adding paste later on. You will almost certainly find your catch rate speeds up dramatically.