The Method is unarguably a ‘go to’ tactic on many commercial waters, but what to use for loosefeed and hookbait can leave many confused. Top matchman and angling coach, Alex Dockerty runs through his simple Method fishing approach…

Groundbait, pellets or 50/50 mix? Alex reveals what feed he uses……

If there is an approach that is more commonly used on a commercial fishery then the Method feeder then I am yet to find it!
The ‘go to’ approach up and down the country at countless venues, it is the one tactic that when I’m coaching I see many having issues with. Hopefully, this piece will help iron out some of the issues of the Method and help you put more fish in the net on your next session.

Firstly, let’s strip everything back to basics. The main principle of the Method feeder is to present a neat pile of bait on the bottom, with the hookbait sitting right in the middle of the loosefeed.

The fish comes into the peg, looks to eat the whole pile of loosefeed and takes the hookbait without realising. The short nature of the hooklength creates a bolt effect and the fish hooks itself against the feeder.

Simple enough…until you add in the element of countless groundbait options, varying depths of water and enough variations of method feeders to confuse anyone.
For this reason, I try keep my feeder fishing as simple as possible and I follow a few rules in order to help me get the most from my peg. 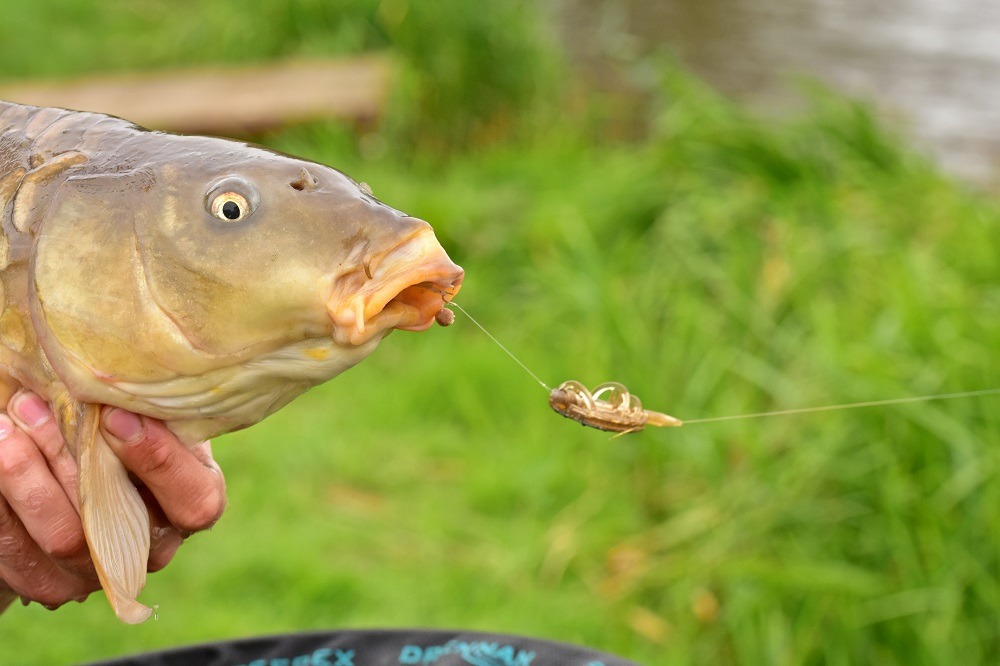 Nailed on the Method feeder but which type do you use? what bait do you put on it and how long do you have your hooklength?

The setup has to be robust. Often we’re encountering fish well in-excess of double figures or fishing up to islands and snags, so it’s important that the tackle is up to the job.
Rod-wise, I use a 10-foot Acolyte Plus for anything up to around 35-meters; beyond this I step up to an 11 foot model. My mainline is the 6lb, whereas the hooklength is three-inches (where allowed) of 0.17mm fluorocarbon to a size 16 B911X hook.

This is hair-rigged with a bait band. If things are looking a bit scary, in terms of snags, I’ll switch to a 0.19mm or 0.20mm hooklength of the same material.

I stick to two feeders. A standard Method feeder, with a frame, which holds the bait in place and more recently, the Hybrid-style feeder.
To keep it simple, I use both for very different jobs.

The Method comes into play when I’m casting frequently and also in shallower water, as the bait is released quickly. Due to the style of the feeder, it isn’t suited for deeper swims, as there is little to no protection for the payload, meaning it can come off the feeder ruining the presentation.

In terms of size, it’s all down to the venue. The more often I’m casting, the smaller feeder I’ll select in order to prevent over feeding the peg. If I’m sitting and waiting for an odd bite, I’ll choose a slightly larger feeder to ensure the trap stays set for longer. 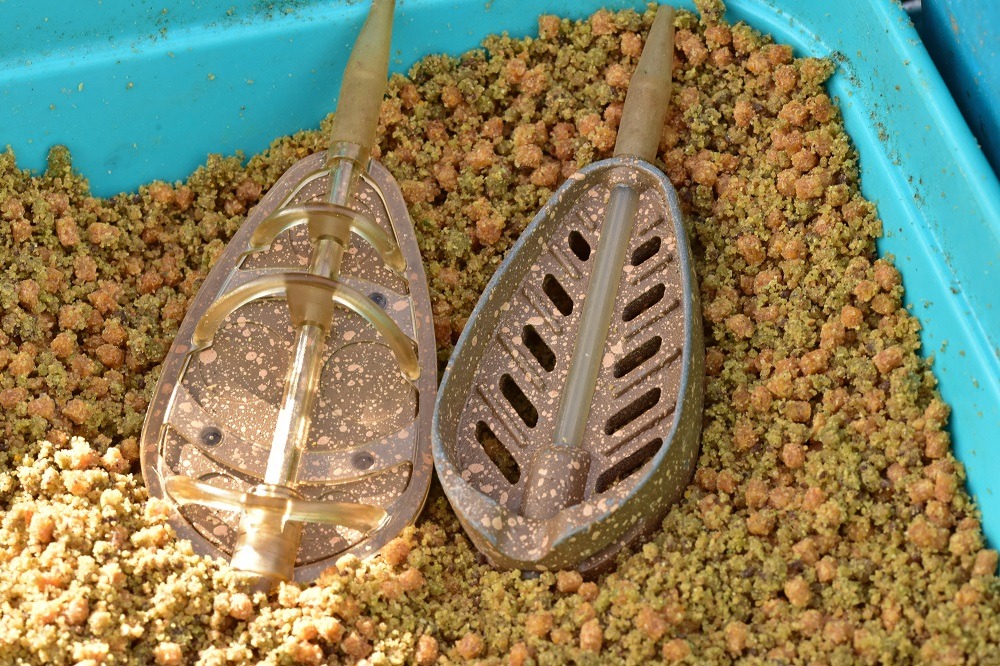 Standard Method or Hybrid feeder. Knowing when to use each version is easy

Method payloads fall into three categories – pellets, groundbait or a combination of the two. Again, I have a few rules to keep things simple.
If the water is cool, I almost exclusively opt for pellets on the feeder. This is what I’d call a safer option, as the fish are used to eating them all year round.

Groundbait can sometimes kill the peg if the fish aren’t tuned into it, especially in the cooler months. Therefore, from November through to April, 99 per cent of my Method fishing is done exclusively using pellets on the feeder.

In the warmer months, when I’m looking to catch quickly, such as when fishing up to an island, groundbait is my number one choice. This is because it offers maximum attraction with little in the way of food content. My ‘go to’ mix is the ever-faithful Betaine Green Swim Stim and Marine Halibut groundbait combination being my only mix for round the feeder.

My go to feeds for the Method feeder

Lastly, a combination of the two – pellets and groundbait – is fantastic in slightly deeper water, as the groundbait helps prevent air pockets in the feeder, which can break-up the payload much faster when it is cast into the peg.

Ggroundbait, a mix of the two and just pellets. Knowing what one to fish when is key to success

The final aspect of the Method-fishing conundrum is hookbaits.
This is an area I see people create all sorts of issues for themselves by having far too many options. To simplify things, I stick to dead maggots, pellets and Speedy’s Washters.

Maggots are brilliant when the fishing is hard, as anything will eat a maggot. This means I’m able to create activity in the peg, even on the most difficult of days.
Pellets are my ‘go to’ bait when loosefeeding over the top of the Method, as it creates a blend in baits, with the large area of feed on the bottom. 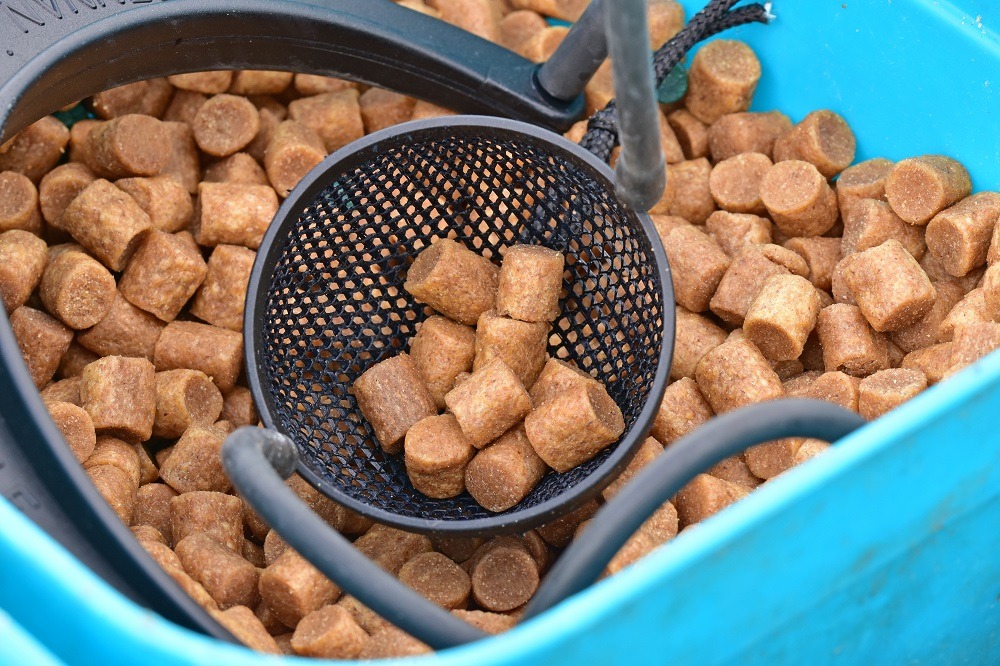 Washters are king when the water is clear or if I’m fishing for larger fish and want a hookbait with maximum attraction to tempt an odd bite from the big wary creatures in the lake. 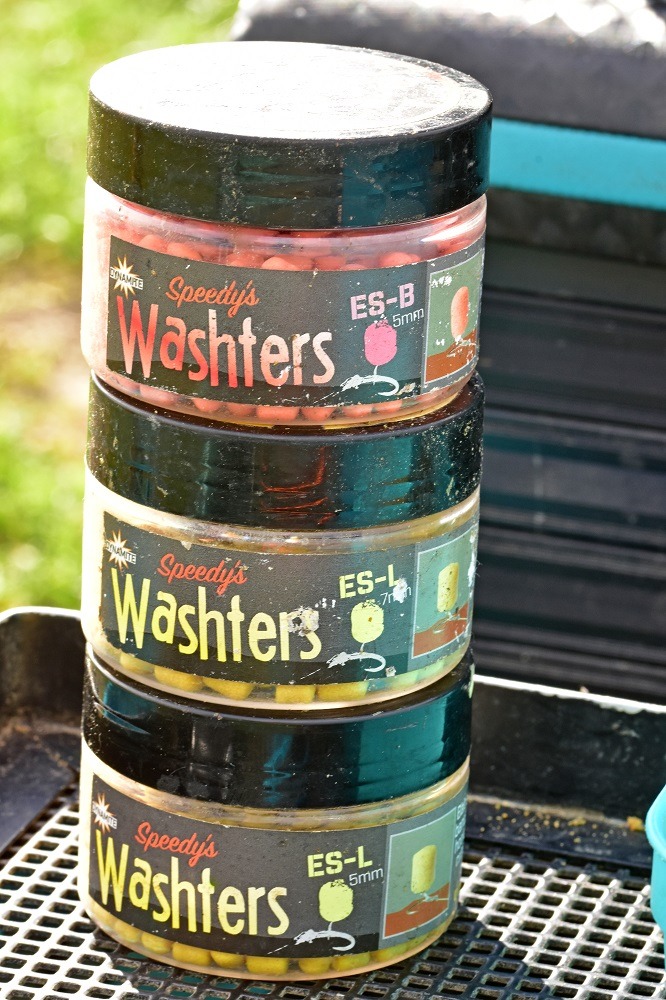 Onto the session and today we’re on the awesome Loco Lake at the Drennan Lindholme Lakes complex. This is the lake to sit on if you’re wanting to perfect your feeder skills, with long chucks to a sunken island and also the deep-water close in. If your mixes and feeder choice aren’t right, it can all start to go a bit wrong. However, get it right and you can be rewarded with some fantastic fish.

Initially, I’ve started long on a standard pellet-loaded Method with a 6mm hard pellet on the band, cast to the edge of the sunken island. 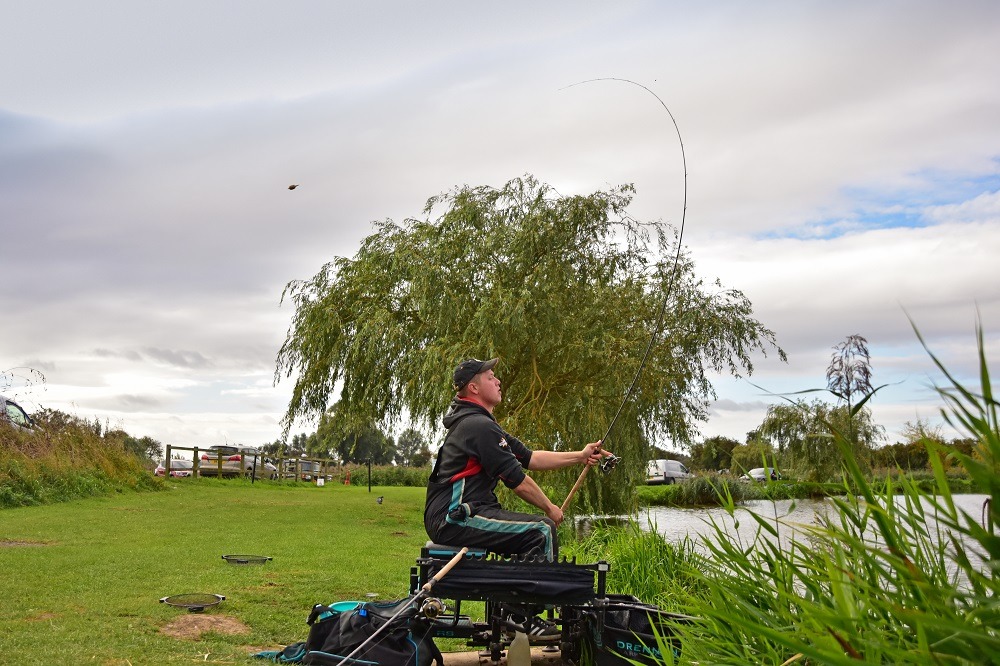 I then left the first cast for eight-minutes. This is an aspect many overlook. I time every cast, as often a pattern can develop with bite times, meaning you’re approaching your peg in a more systematic fashion. Hopefully ensuring, you can get the most from it on each day.

After eight-minutes have passed and I’ve had no bites, I’ve recast and almost instantly caught an F1. Whilst waiting for bites, I’ve also been feeding some 8mm pellets on a shorter line, ready for later.

This is a fantastic way of gathering fish in your peg, before really focusing them in around a neat pile of bait on the bottom with your hookbait in the centre.
As this third cast failed to produce, I swapped over to the short line. 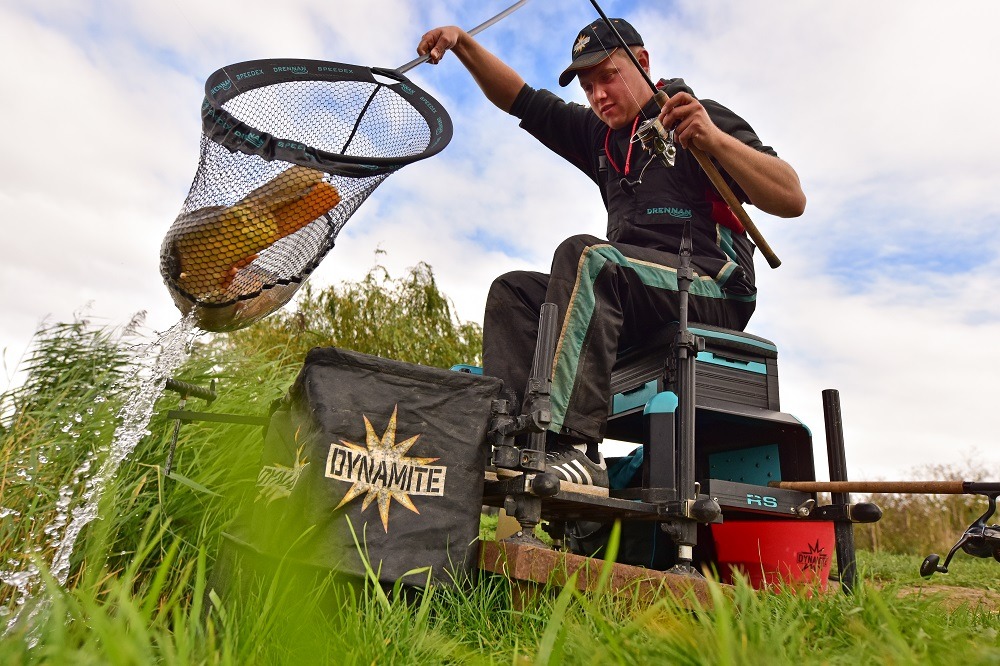 I’ve fed two pouches of pellets on this line prior to casting into the splashes made from them. This ensures that the feeder is always among loose feed.
Another key thing is that I’ll never feed whilst the feeder is in the water, as I feel this drags fish up off the bottom and leads to more liners and false bites.

I have had a few indications this cast, but nothing developed. On the second cast the action’s started! Seven-minutes in and the clutch has screamed off.
After a lengthy battle, I’ve slipped the net under an absolute unit, a cracking mirror carp. And as it happens, one I’d caught earlier in the year after checking some old photos.

A proper old warrior who was 23lb in spring, sadly we didn’t have any scales to weigh it this time but still a cracking fish. Back out I went and next chuck was a smaller carp around 8lb. This set the tone for the day and to be honest the fishing has been brilliant. Steady, but when the tip went around we were rewarded with a decent stamp fish. 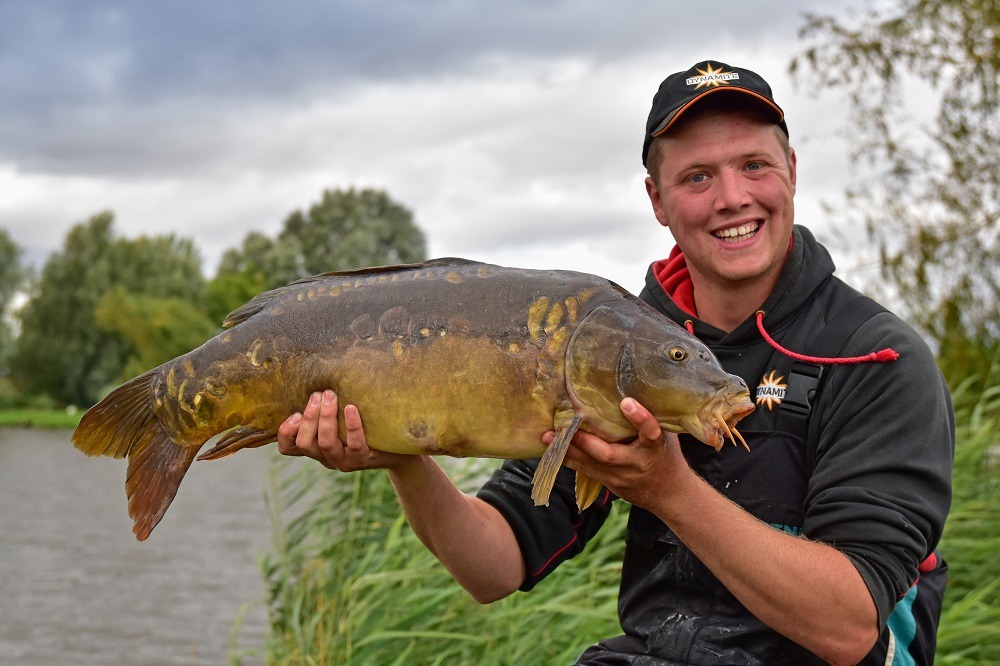 A proper unit on the Method

A combination of simplifying the approach and sticking to the rules I’ve demonstrated means I can concentrate on the peg rather than worrying about groundbait mixes and hookbaits.
By minimising my choices, sticking to baits I’m confident in and using tackle I trust, I’ve shown that even on steadier sessions, such as today, you can be rewarded with some cracking fish. 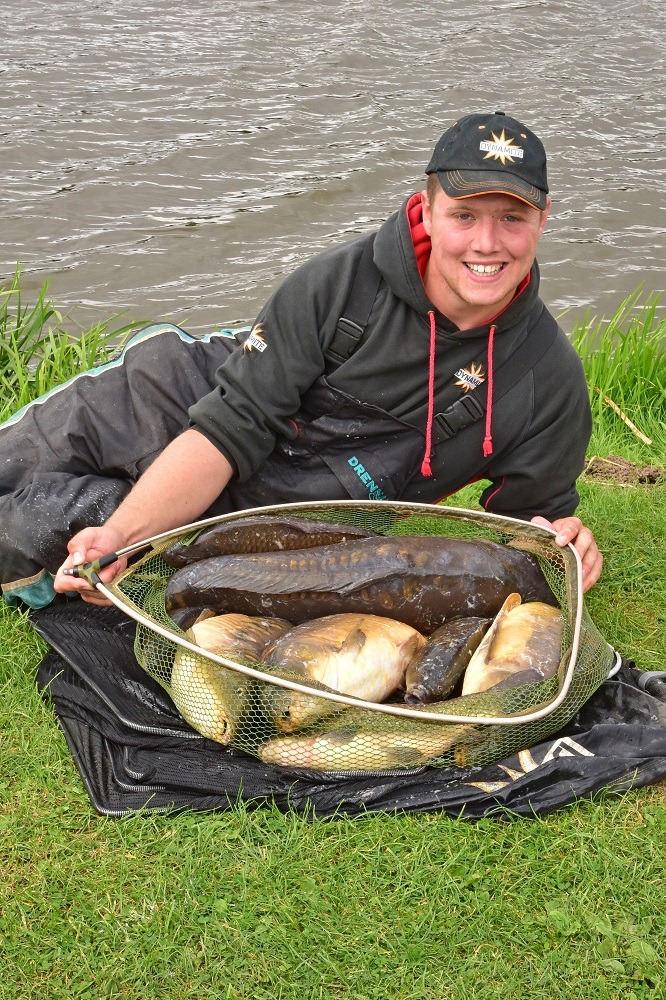 Sticking to my simple rules makes it easy to make catches like this consistently..