Two anglers who only decided to start canal fishing when they entered a qualifier in September have won the Dynamite backed 2018 Canal Pairs Championship.

David Gough and Paul Middleton, who claimed victory the qualifier on the Trent & Mersey Canal at Rugeley, beat a class field to storm to the win in Saturday’s big money final. 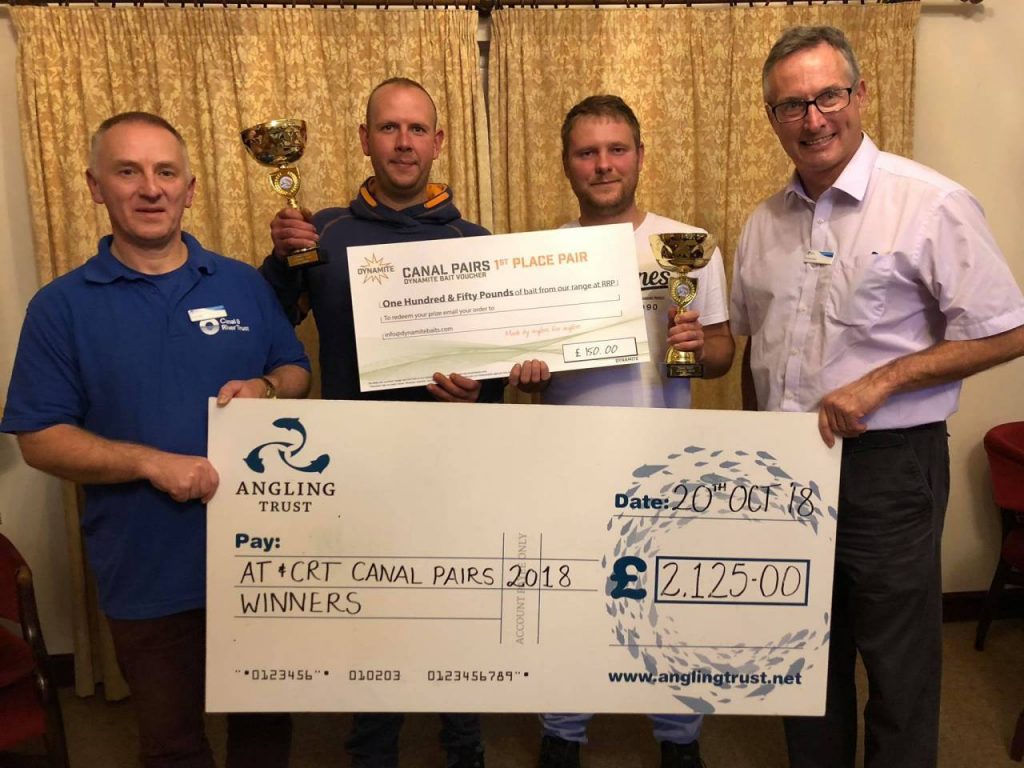 The Angling Trust and Canal and River Trust Canal Pairs Final took place in unseasonably warm and bright conditions across the Staffs and Worcester Canal and the Trent and Mersey Canal. Before the match there was talk of several hot areas at the draw and none more so was the Marina in A section, where previous match winning weights of bream had shown and once more it played a crucial part!

Gough made the most of this Marina mouth draw in A section, just outside the crossover from the Stafford Boat Club and recorded the highest weight of the match with 7kg 370 grams. David caught three quality bream along with around 3kg of silvers, which consisted of perch, roach and few skimmers. Most of David’s bonus fish came across the canal at 13m meters. 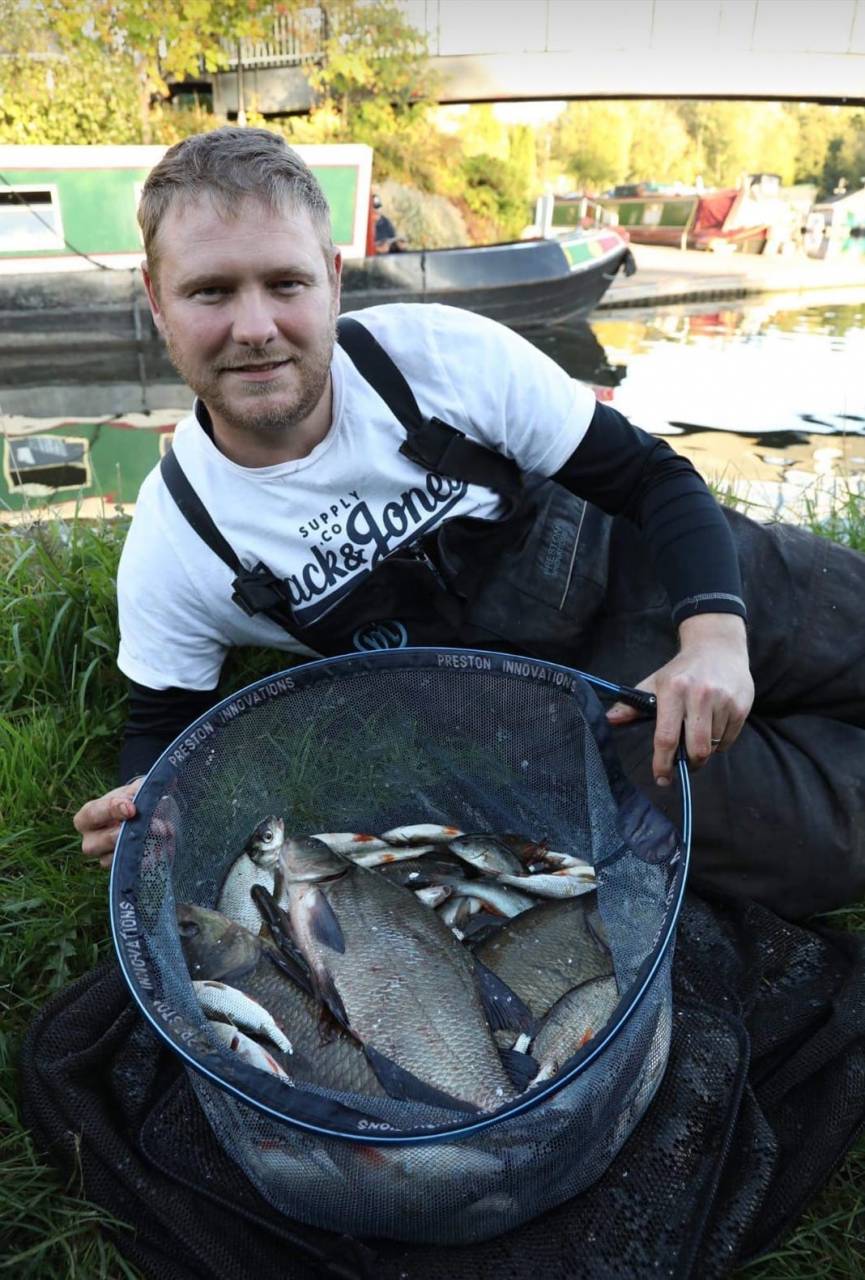 David Gough with his match and pairs winning net

However, one good draw was never going to be enough and it was his partner Paul Middleton that backed him up superbly on the Trent and Mersey. Paul put together a hard-earned 3.930kg from peg 25 consisting of mainly small roach and perch.

David told Dynamite: “We only decided to start match fishing on the canal when the qualifier came up in our local area at Rugeley in Staffordshire in September. We had grown a little tired of catching carp and decided to give it a go. A month later and we are winning this big event, its been a dream.”

Best of the rest..

Second pair on the day by weight countback were Paul Murrin and Dave McCall, who amassed a tying 14 points, but took the second spot on weight countback with a superior 9kg 190 grams. This is no small part was down to cracking performance by Paul Murrin who kept the overall winner honest with 6.020kg from adjacent peg 24, also on the marina mouth. Paul also netted two quality 3lb bream and backed this up with a good net of silvers. Dave McCall did the hard work on B section, where 3.170kg gave him 12th in section and grabbed the pair the second spot. 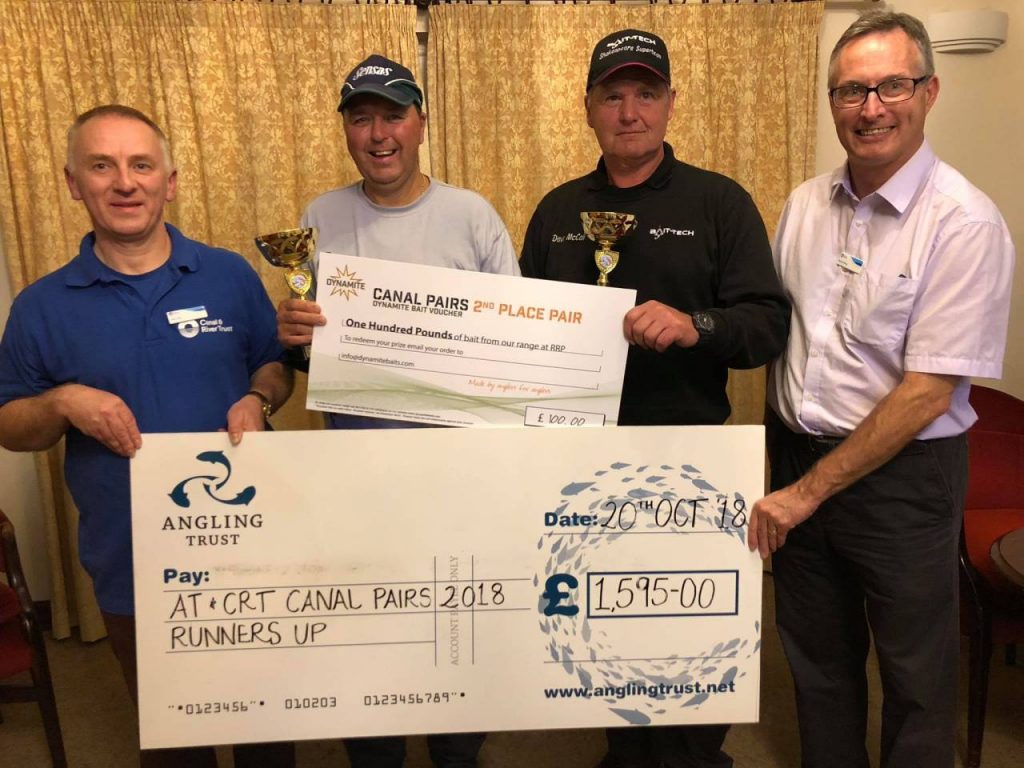 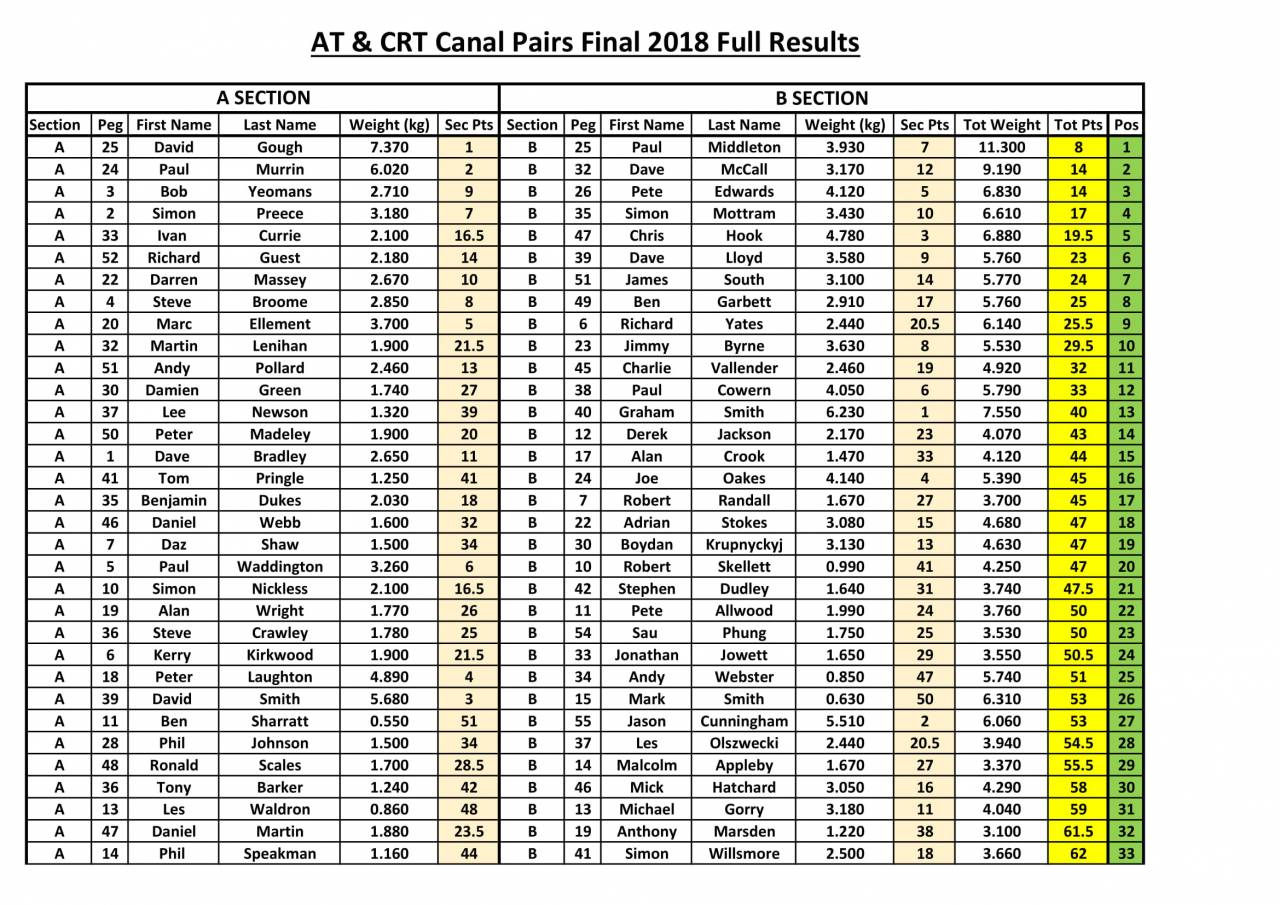