Team Dynamite had something to smile about last week after some fantastic results in the two-day event and Champions match in Yorkshire. 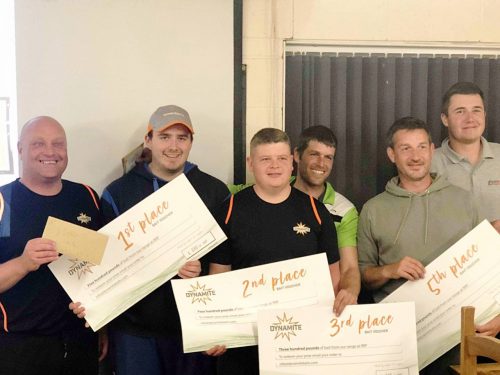 Some of the sport’s biggest names were in attendance in a class field at Lindholme, an event which saw plenty of fair weather and some fantastic catches as well as nail-biting finishes. In the end weight countbacks were needed all the way down the leaderboard with several anglers finishing level on points.

Both Matty Pillay and Les Marshall finished in the frame after two days, pushing overall winner Matty Dawes all the way. Meanwhile Dynamite’s Ben Fisk also finished high up in the Champion of Champions match on Sunday behind winner Dale Shepherd.

The two-day festival, fished across lakes such as Bennys and Bonsai, saw some good weights recorded no less so than from Les Marshall who ended up with a massive 323lb of fish across the two days. Les managed two perfect section wins to finish level on points with winner Dawes but was pushed into second place on weight countback. Meanwhile Matty landed sixth place in the festival with 279lb, finishing ahead of a whole gaggle of anglers on five points overall due to weight countback. Lastly Paul Wright also finished in the top 10 with 5 points and a weight of 225lb 2oz.

This match, fished on Bonsai Lake, was filled with anglers who qualified from the year’s festivals including the Dynamite one on the previous days. The match was won by Dale Shepherd. He fished pellets long on peg 84 to weigh 158lb 9oz and take home the winners cheque. Dale was pushed all the way by Andy Bennett on peg 19 who finished just 7lb short while Matty Dawes continued his excellent form with third place. Dynamite’s Ben Fisk followed those three up with 143lb 8oz catching on fishery own pellets soaked in Swim Stim Pellet Soak. 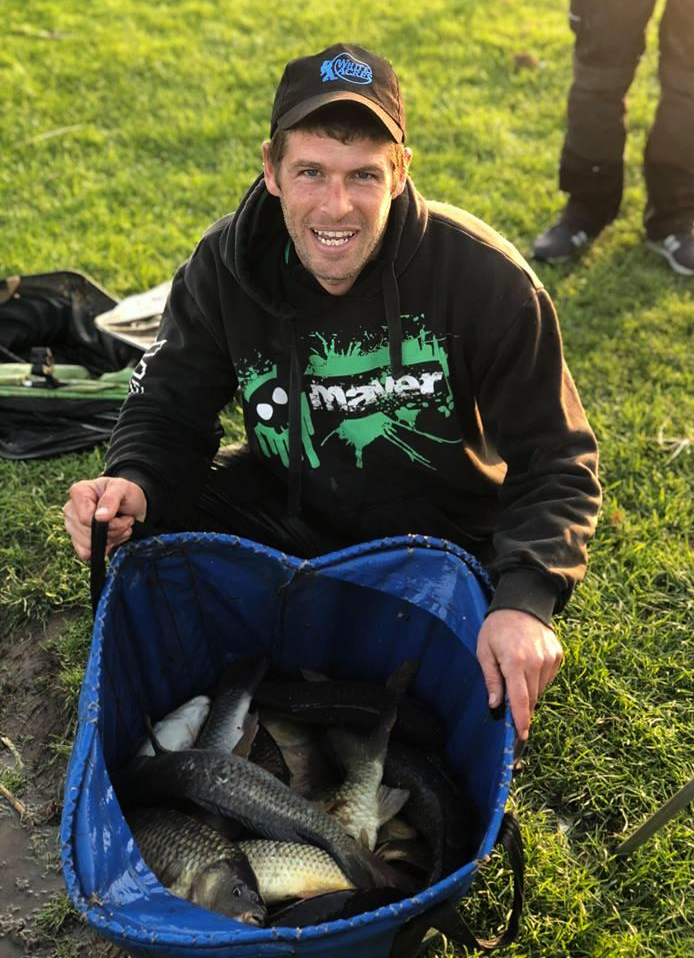 Dale Shepherd with part of his winning net 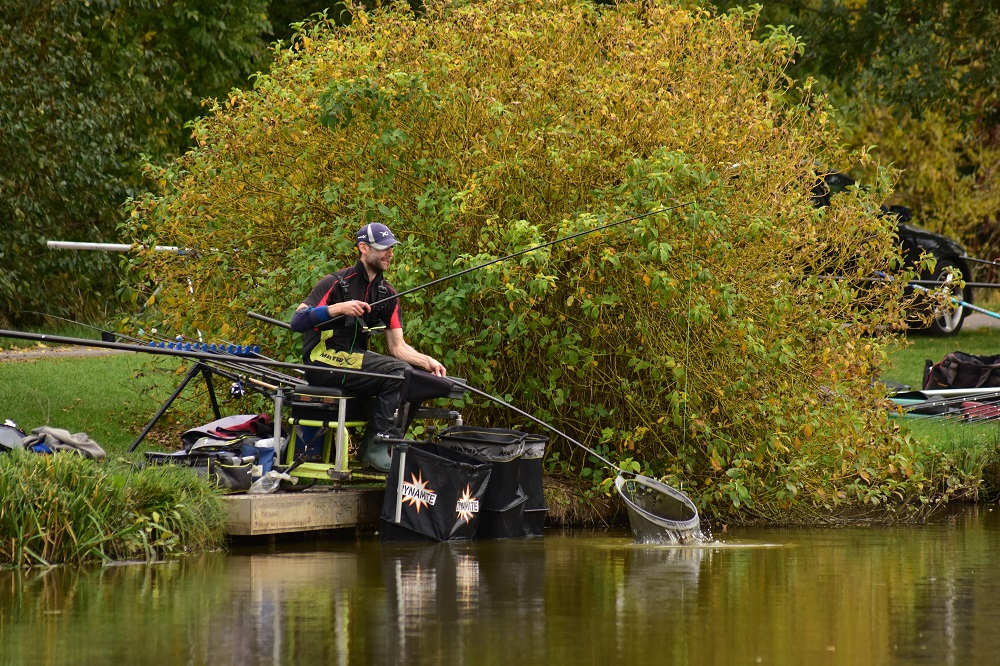 Ben Fisk on his way to fourth place