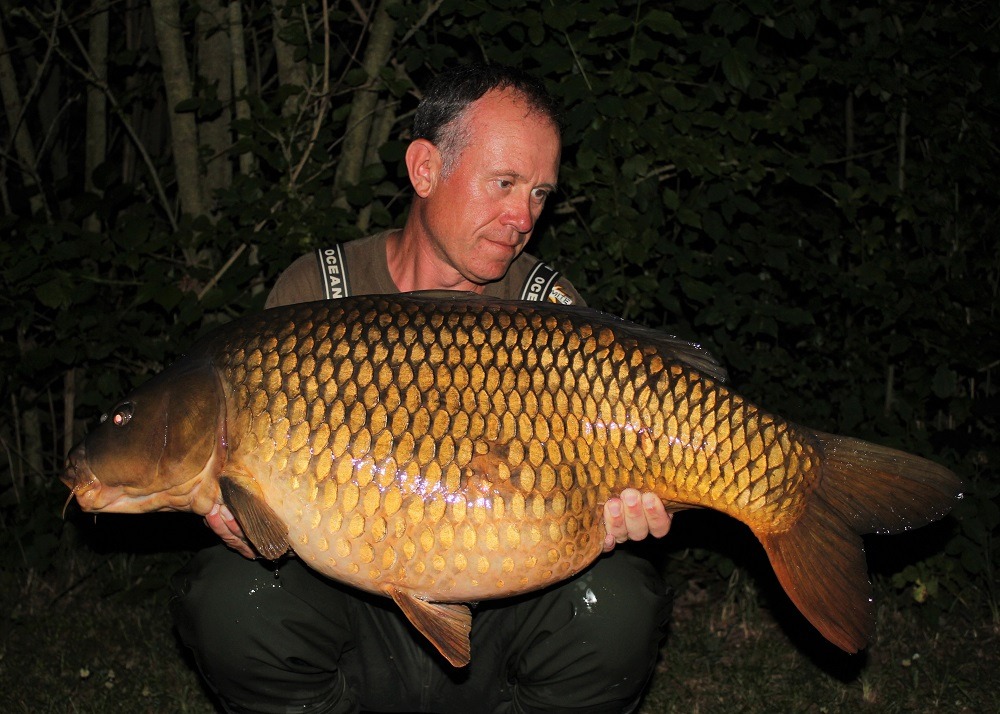 This was going to be my second visit to Bluewater, I’d not returned to a European commercial venue before, I typically prefer to try a new destination each year, meet new people, and try a new challenge, but I was offered a spot plus a friend on an exclusive booking by my good friend Tony Owen, who I knew from the Horton complex.

As you do with these trips, I was getting really excited with a few weeks to go, then with just a week to go, it was predicted to be a heatwave, possible even setting a new hottest temp record for France, I was starting to get doubts about the trip, and even suggested to my friend Jay, if nothing has occurred, and there are looking like no signs, then we would potentially head to a river after 48hrs.

We arrived as you do on a Saturday, we arrived early so popped into Gigantica to say hello to the bailiffs Andy & James, then had a look at a local canal, then Chanty and the Orient, before heading to Bluewater around midday in already sweltering heat, that was only going to get hotter day by day, the whole week, the temps were between 35 & 40 degrees, and 20 degrees at night!

The plan of attack…

Jay and myself had three swims to choose from on the Woodside of the lake. I let Jay choose first, as he hadn’t fished the lake before, and I had. He went initially into Middle Woods, while I chose the Helipad which gave me access to shallower water than the last option Woodside, although that did have some nice margins as an option.

I found a two clear areas just over a weedbed at 15 wraps as it shelved up from the deeper water from 12ft to 6ft. I started with only a small amount of bait, 2kgs of (Freezer range) Crave boilies, whole, broken and crumbed up with some 8mm pellets, soaked on Crave Liquid & Smoked Salmon Oil. 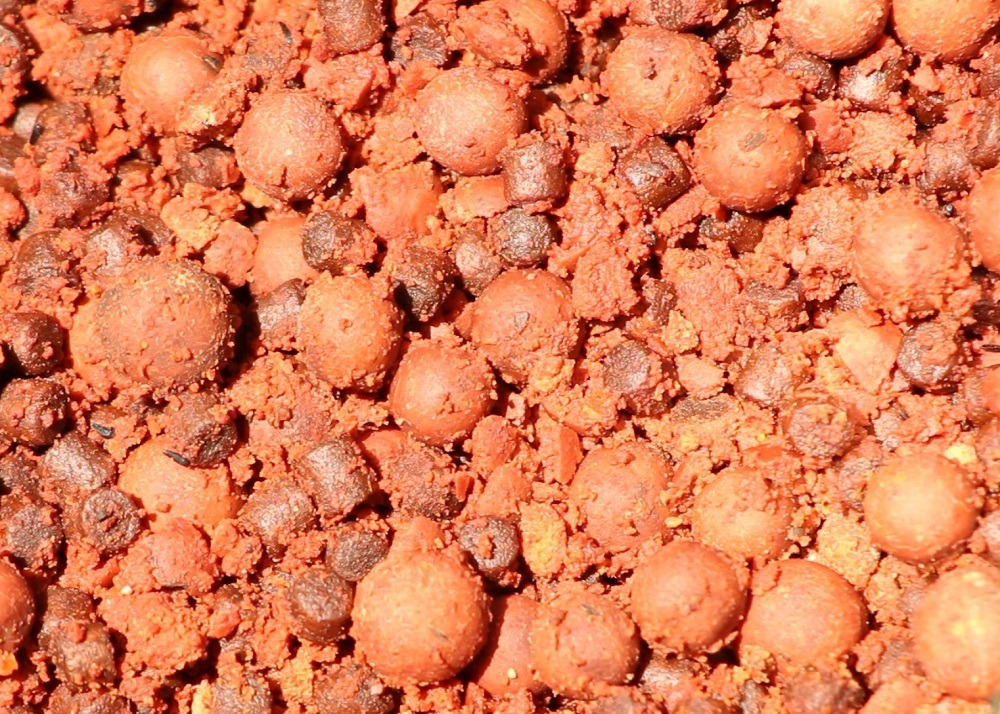 Dan’s choice of bait revolved mainly around The Crave boilies

I placed two rods on one area, and the final rod on the other, all with snowman rigs, with 18mm or 20mm bottom baits and 15mm washed out pink Crave popups.

Jay placed one of his rods onto the margin on the Woodside swim after seeing a couple of fish show, this move paid off with him landing a stunning 30lb zip linear, quickly followed by a couple doubles. It took me until the Monday night at midnight to finally receive a bite after moving one of my rods further to my right where a few fish had been showing.

My first fish being a 41lb mirror with loads of tiny pin sized scales all over it. Jay was consistently catching a fish or two each morning from one margin spot. The river was now a distant thought. Activity came to halt mid morning everyday as the temps rose, and the fish sought shelter in the back bay snags. 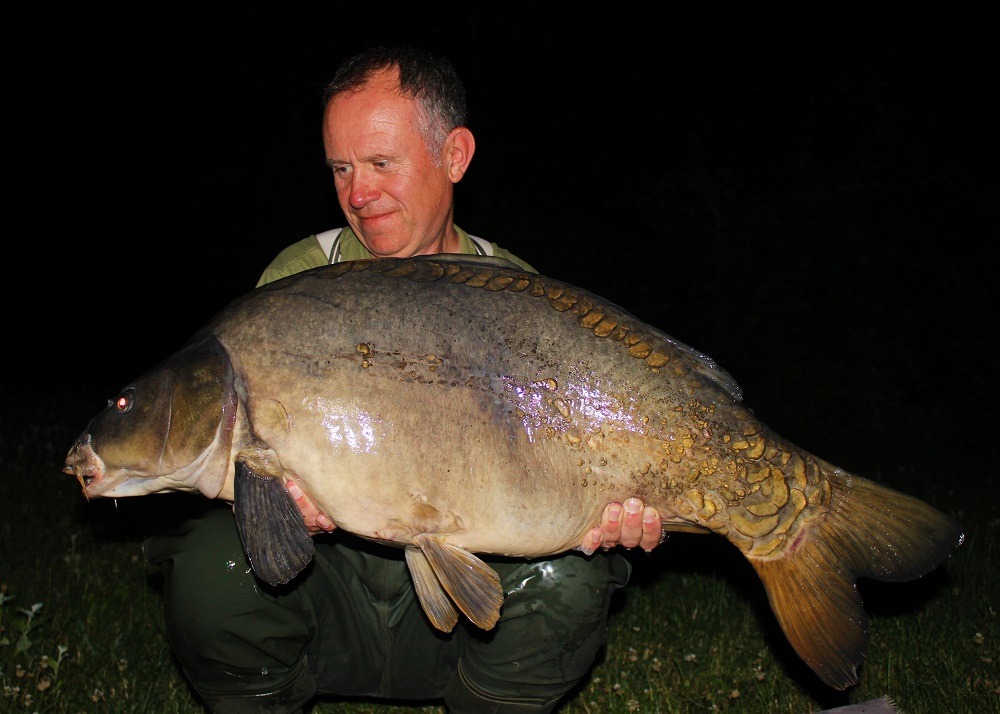 Dan’s first fish of the trip had an unusual scale pattern..

My second fish didn’t come until Thursday first light in the shape of a 37lb mirror, after losing a fish in the weed at midnight. It felt good to finally net a second fish, it was really slow for me. I suffered at the hand of the crays during Tuesday night, with no hookbaits on my rigs the following morning, after fish showing over my baited area for a couple of hours. 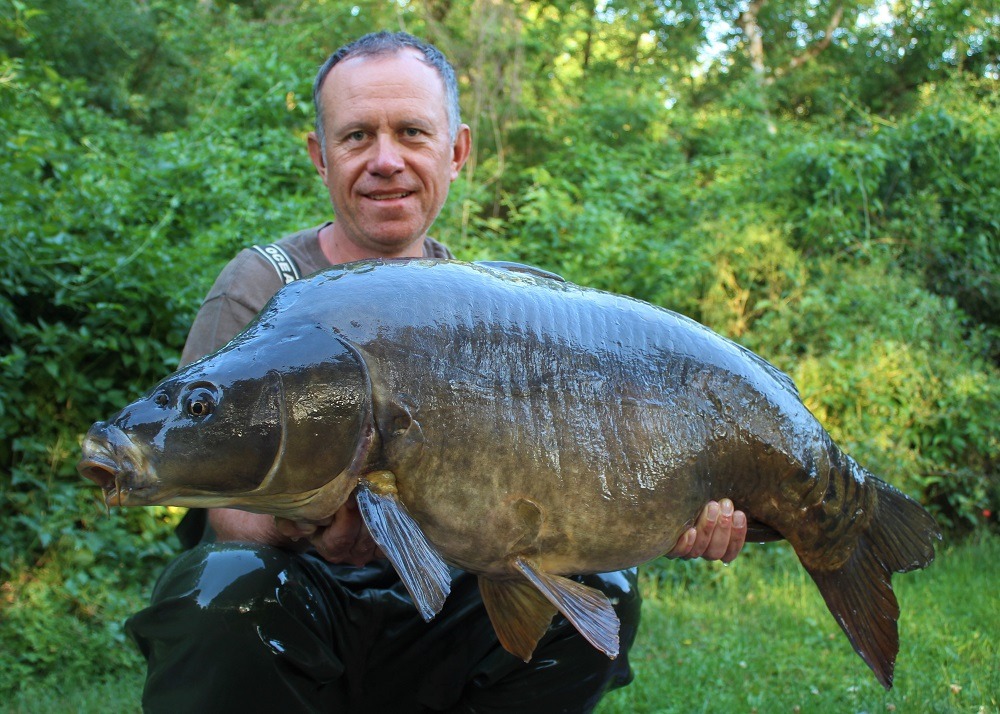 A first light beauty for Dan..

Two other UK anglers, Sam and Lewis who had been fishing on the point, had to leave on the Friday, so I decided to move where Lewis had been setup in the Picnic swim. With it being an exclusive booking an no one in the helipad I’d vacated, I cast my marker from the helipad, popped it up, then cast a lead a few times until it dropped right next to the float at 21.5 wraps.

I choose to fish two rods to this area, and bait both with a kilo of the same boilie and pellet mix. The final rod, placed close to a small weedbed to the right of the point where there was a group of around 15 carp were milling around.

As darkness fell one of the long rods was away, at one point the fish weeded me up, and Tony was getting the boat, when the fish come free and I was able to play it back to the bank, where I was able to slip the net under a lovely mid forty common. The scales read 46lbs and I was over the moon, my biggest common from France to date.

This 46lb brute was the biggest French carp Dan had recorded

Not even having time to get the photos done, the other long rod was away, this time no drama’s, and I slipped the net under a 40lb mirror, finally the trip was looking a bit better for myself.

At 3am after several liners, the point rod was away, the fish didn’t do much to begin with, and was nearly ready for netting, while I was trying get into my waders, when the fish had other ideas, and tore off on mighty run.

I started to make some headway, when it started to kite to my right, and under my two other rods, I dipped the tip under the water, and applied side strain. After a couple of minutes and the fish nearing the margins, the hook pulled, not what I wanted on my final morning, 10 minutes later one of the long rods was away again, and I managed to net an angry 22lb male mirror. 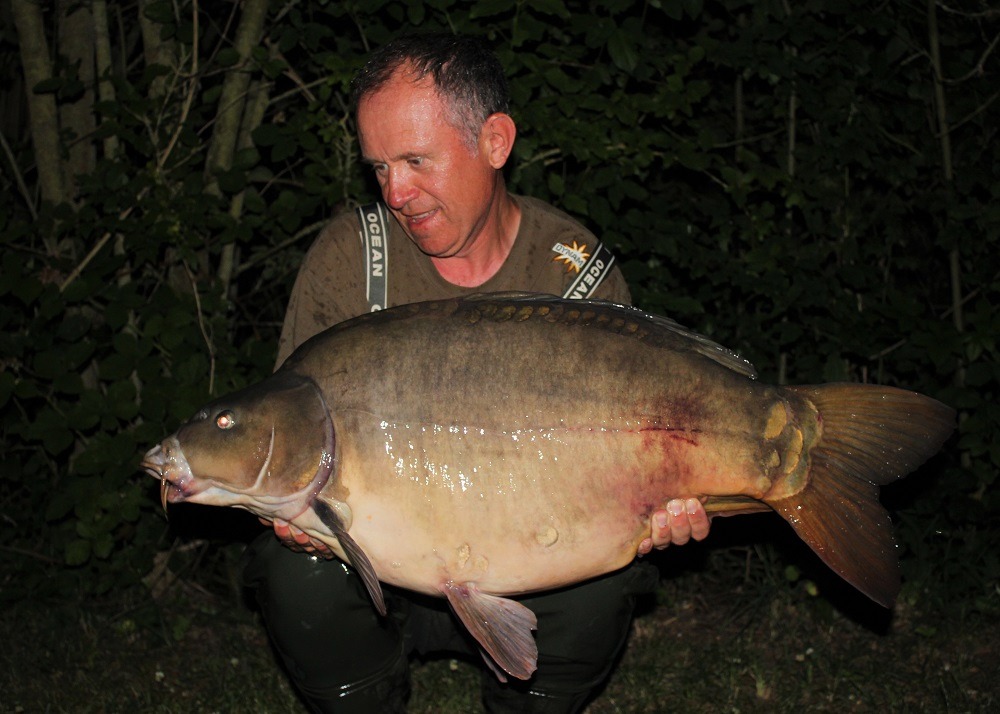 Another big forty for Dan

I managed to land five fish to 46lbs in brutal heat, Jay managed eight to 53lbs and his new French PB to boot. We managed 23 fish in total to a group of six, which we were all fairly happy with, considering the weather, and we all caught a mid 40 plus fish.

I’m off to Etang 5 in August and I’m really looking forward to the trip, hopefully there isn’t a heatwave then though!