In this three part series, carp angler Adam Whittington reflects on his time fishing the famous Wasing Estate. In this second instalment, Adam reveals his love affair with a tufty, how cutting boilies into discs improved his catch rate and his capture of one of Cranwells’ most sought after carp…

Being a shallow lake in the fertile Kennet valley, Cranwells played host to plenty of feathered bait robbers. Coots and tufties plagued the anglers, and many of us used ever more powerful laser pens to deter the pestilent feckers.

Misty mornings would see fine displays of what looked like giant light sabres, competing to scare off packs of the airborne boilie munchers.

It’s fair to say, tufties were hated – their persistence could drive an angler bonkers, so it was even more surprising when I struck up an unlikely friendship with a very odd tufty that was sat calmly by my rods one morning.

Generally speaking, they know humans are bad news and stay well clear, but this one merely stared at me. So odd was its behaviour that I forgot all previous hatred and crumbled a boilie as a peace offering. The tufty ate it gratefully and moved closer still.

A new era of tufty tolerance had dawned. Two hours later the bird was nestled next to me, at the entrance of my bivvy, eating from my hand.

This forbidden, and thankfully un-consummated love affair between man and bird continued for weeks, with my little friend strolling up to many anglers and winning them over. If only they were all like that!

The affair ended in tragedy as an angler known to all as “The Wizard” took his Dad fishing with him on a guesty and the tufty was captured and subsequently eaten by the Wizard’s Dad. In defence of the duck snaffling duo, I should point out that they are very, very Welsh. 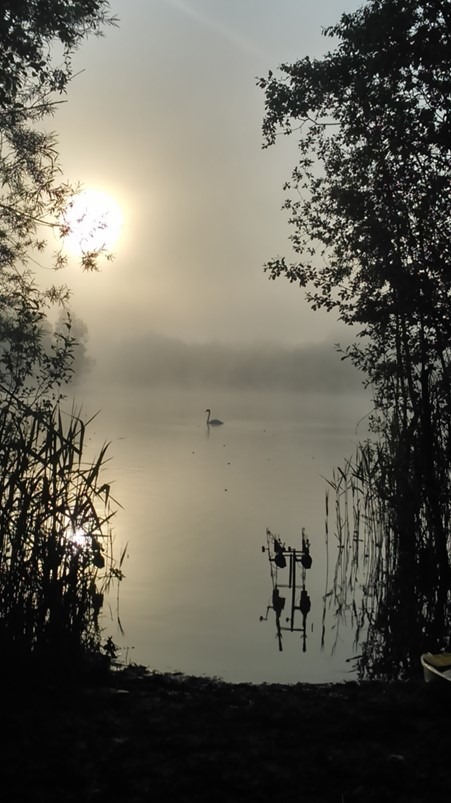 A misty morning on Cranwells…

My second season saw results pick up, as they probably should do when I had spent countless hours up trees and walking the lake to make the picture ever clearer.

Multiple captures were common and every carp knocked off the list made me feel that I was one step closer to the Parrot.

On a big water it’s hard to single out a particular fish and realistically target it, however fashionable the concept is. My mindset was more along the lines of “if you catch them all, your target will be in there”.

I only saw the Parrot in the water on just three occasions in three years I spent on the lake; twice when it left the water and once when it sat in a snag tree. There’s not enough in this to single it out, so crunching the numbers was the way and there’s nowt wrong with that! Being there was amazing and remain some of my most cherished memories. 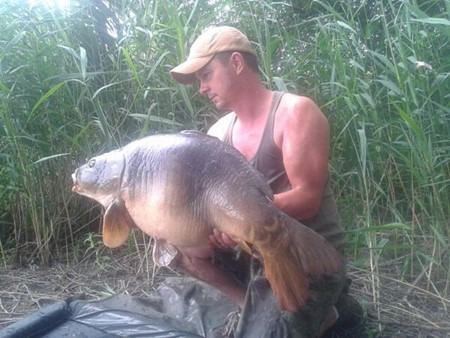 Results began to pick up…

Tactics wise, I liked to feed them plenty of boilies and tweaked things a little to gain every edge I could.

Most baits were dropped in shallow water – often just two or three feet deep. I took 20mm CompleX-T boilies with me but always sliced each one into discs. It’s quite a relaxing pastime, sitting cross legged with a cold beer and a sharp knife, disking baits, resulting in any happy hours melting away.

As the lake was so shallow and tap water clear, it was easy to see your baits and I did a fair bit of experimenting. In three feet of water, dropped by bait boat, 20mm boilies fall pretty straight, creating an area a little larger than a dinner plate. By using the same number of boilies cut into discs it would result in an area of bait three times the size with over a hundred individual food items.

The discs fluttered gently down like leaves and settled beautifully over bottom debris, yet still retained a good size to deter nuisance fish. The amount of extra surface area achieved by slicing a boilie five or six times is massive. If you’re the sort of angler who might take the time to actually calculate the extra area I’m almost certain that you’ll never get laid. 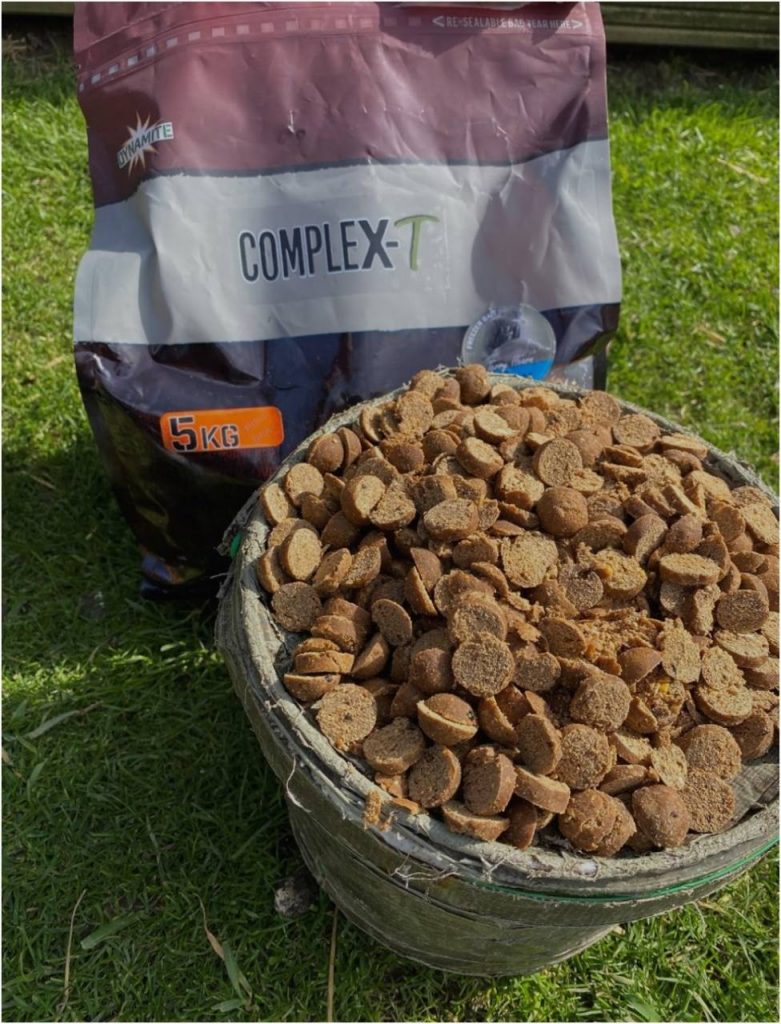 Many lakes have an individual fish with a reputation for fighting very hard, and Cranwells was no exception. I caught this fish three times and it behaved the same each capture.

As the rod was lifted into the fish on each occasion it was immediately and savagely wrenched back down, reel screaming, followed by run after dogged run. Even on the bank it was angry!

Mine was just one of a few nets it smashed once landed. It was neither massive, nor beautiful, being an upper twenty mirror with a dubious mouth and a lump on its side, but what a fish. It probably had a chip on its shoulder, living in a lake with numerous beauties and giants. 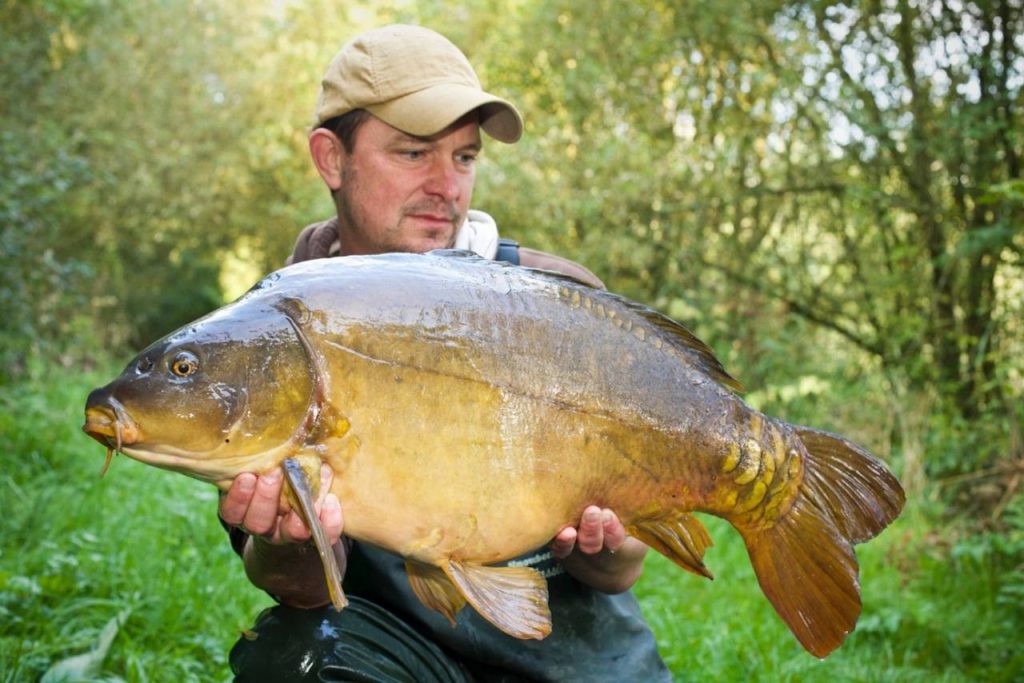 The net smasher in all her glory!

There were a few ghosties in Cranwells too, some reaching 40lb but I must confess to not being a fan. Their true home will always be the fairground, in a giant plastic bag, not in a bloody carp lake.

I was at the lake one New Year’s Eve, when I hooked and landed a sizeable common a couple of hours before dawn. In my head torch, it looked beautifully shaped and low thirties. Feeling very chuffed that I was out on the bank doing my thing, I sacked the beast, ready for a celebratory photo shoot at breakfast.

Opening the sack that morning that was literally full of ghostie was the angling equivalent of going to bed with a supermodel and waking up with a fat lass with a neck tattoo. I fully appreciate that anglers in the North East of England will assume she was the supermodel, so the reference may be lost on some… 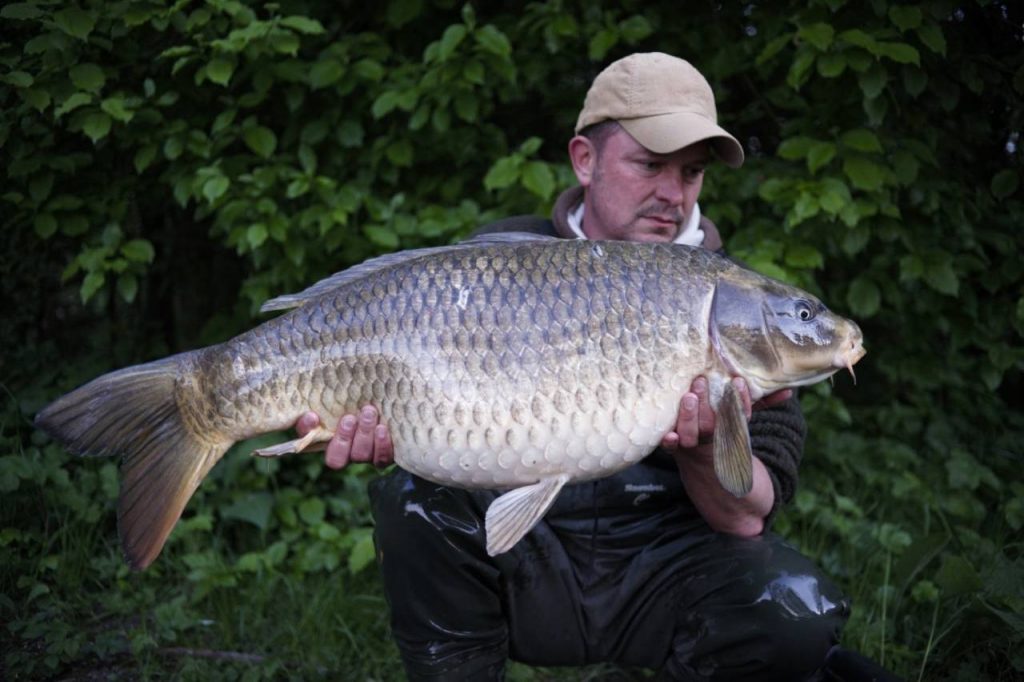 Appearances can be deceiving!

By the end of that second season, I had not just regained my passion for carp fishing, I had become borderline obsessive. I would find my mind wandering constantly to those hallowed banks and the Parrot was never far from my thoughts.

I considered giving up my ticket at one point, as the great fish had not been out for so long many of us assumed it may have died, possibly as a victim to the occasional otter that would hop across from the Kennet to wreak havoc.

Other great fish did grace my net, topped by the fabulous Floppy Tail. I’m glad I kept the ticket as the Parrot did resurface in the net of another lucky angler and was then caught again quickly, as is so often the case with fish that go on the missing list. All I had to do was keep crunching the numbers, keep focussed and my time would come… 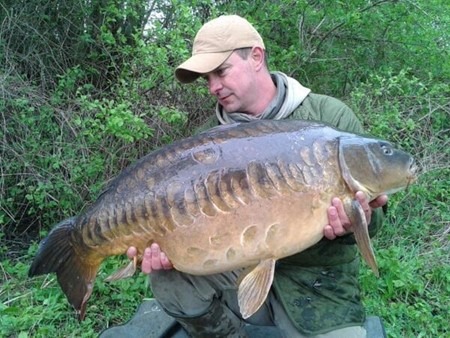 Whilst the Parrot remained elusive, Floppy Tail did pay Adam a visit!