With the launch of our 2021 new products on the not too distant horizon, Mitch Henderson and young rising England star and co. Dynamite angler, Joshua Derry put some to the test ahead of their release in March.. 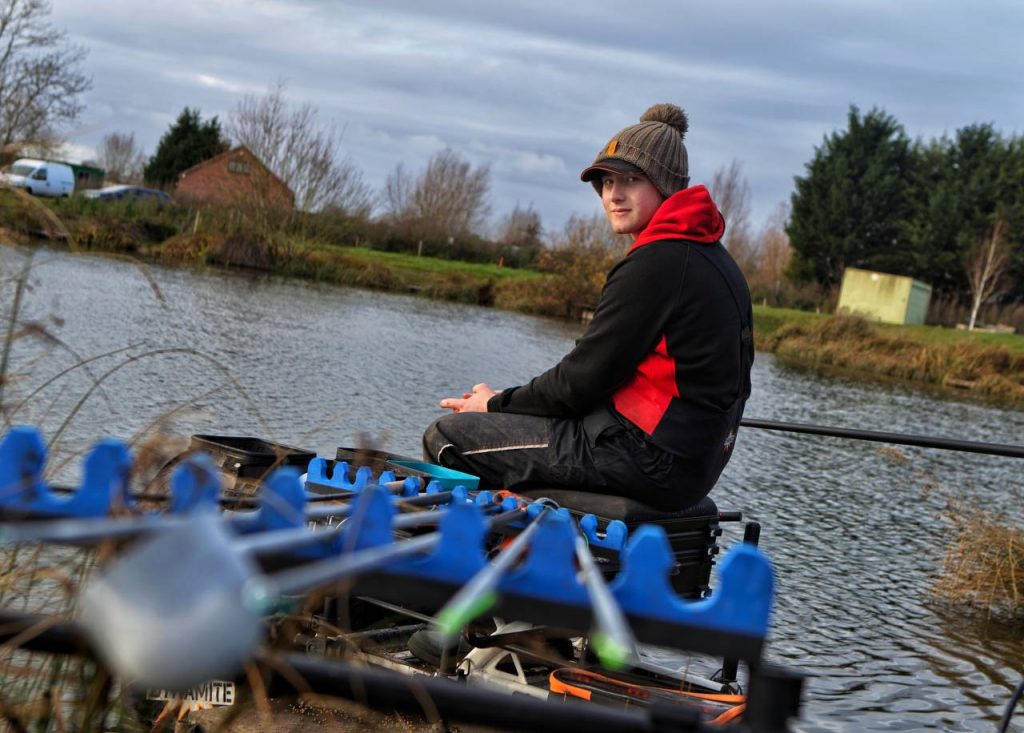 Dynamite have some more fantastic products hitting the shelves this year so I decided to head out with Josh to see what they are all about during a session at Nottinghamshire’s Portland Waters.

knowing it was going to be hard, with the results around the complex the day before and how cold and clear the lake was, he knew it wasn’t going to be easy, Josh decided to set up a pole line in front of him and a feeder line towards a small island in the middle of the lake. 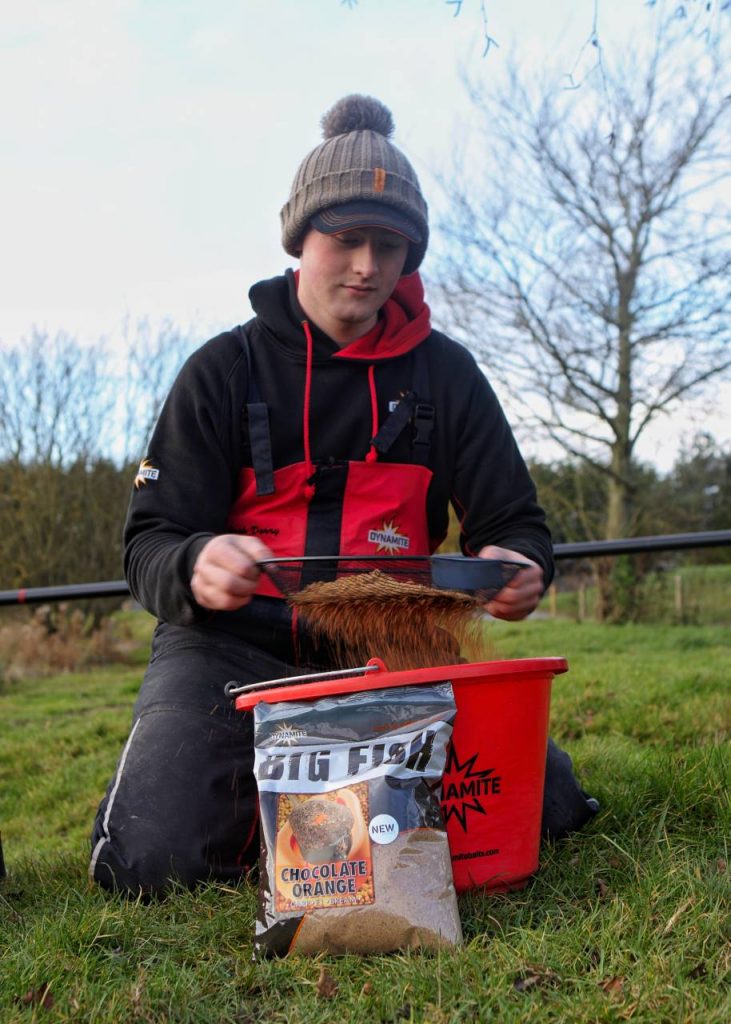 Bait wise for this line after being a bit skeptical, “being a new bait” – confidence thing! he decided to try some of the Big Fish Chocolate Orange groundbait. Upon opening the bag “it smelt lush” but not to over powering, so confidence grew on him. The groundbait can also be teamed with a matching XL Liquid which is great for when you’re mixing it up. 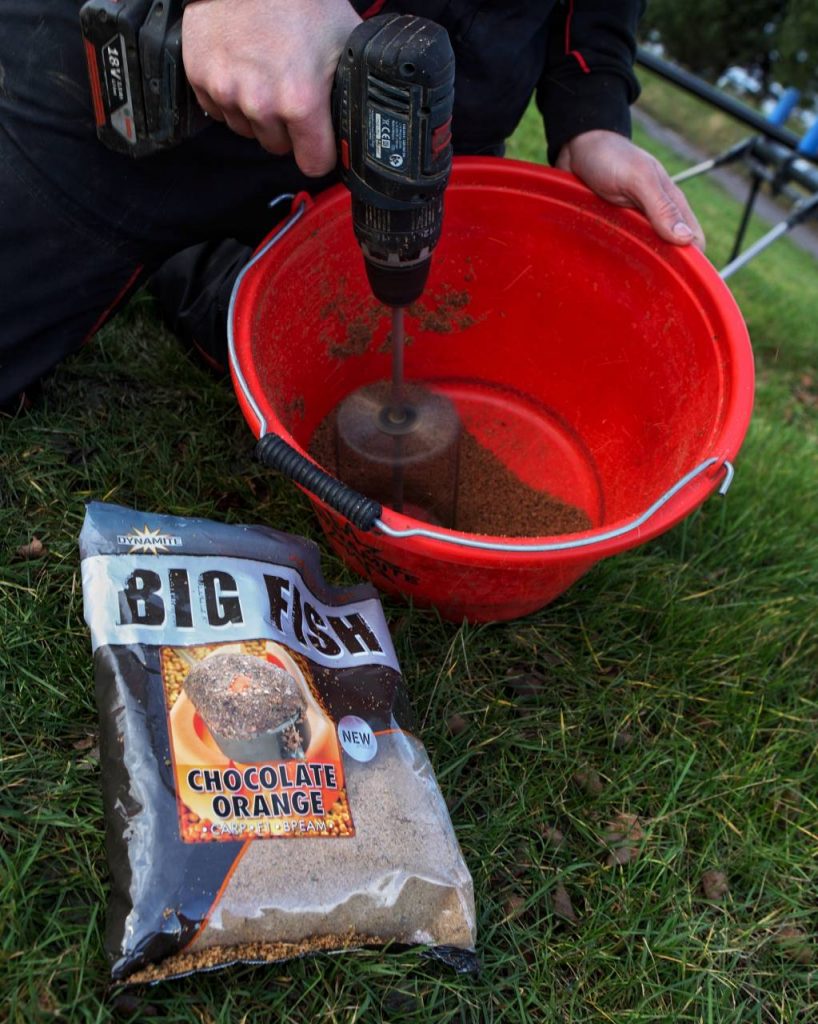 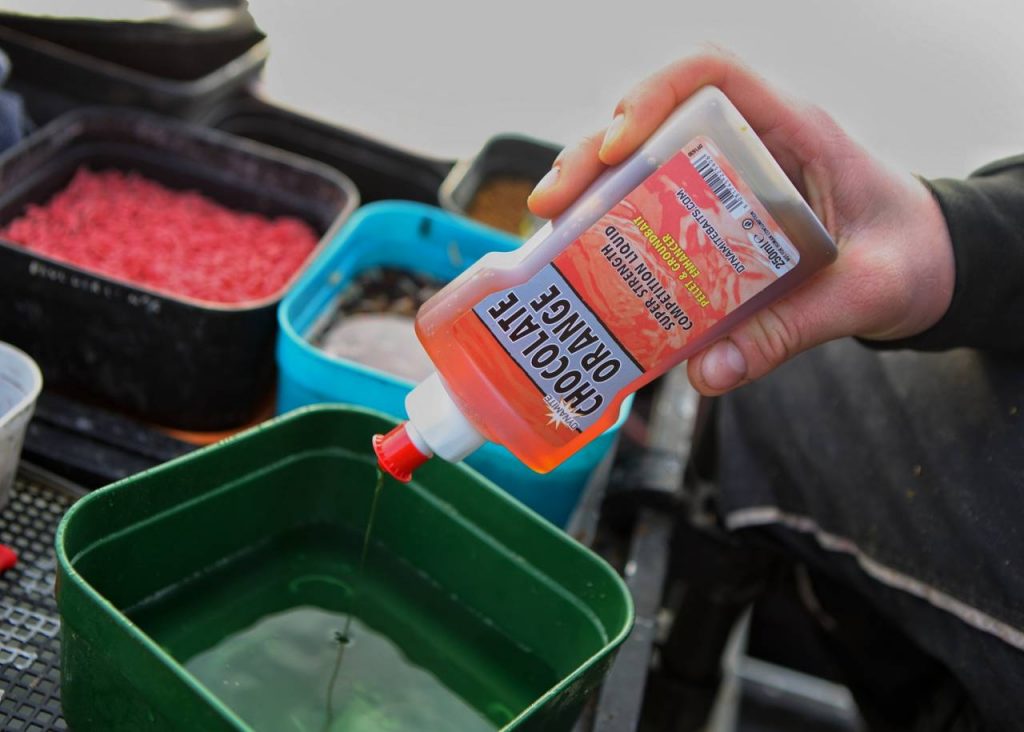 At the start going in on the softly softly approach he potted a small ball and left to settle. While concentrating on the feeder as he had seen some fish topping out in the middle while setting up.

The Feeder was a super small Guru hybrid feeder filled with 2mm Dynamite XL pellets a dash of F1 sticky pellet syrup liquid and one of the new 5mm super bright yellow wowsers. 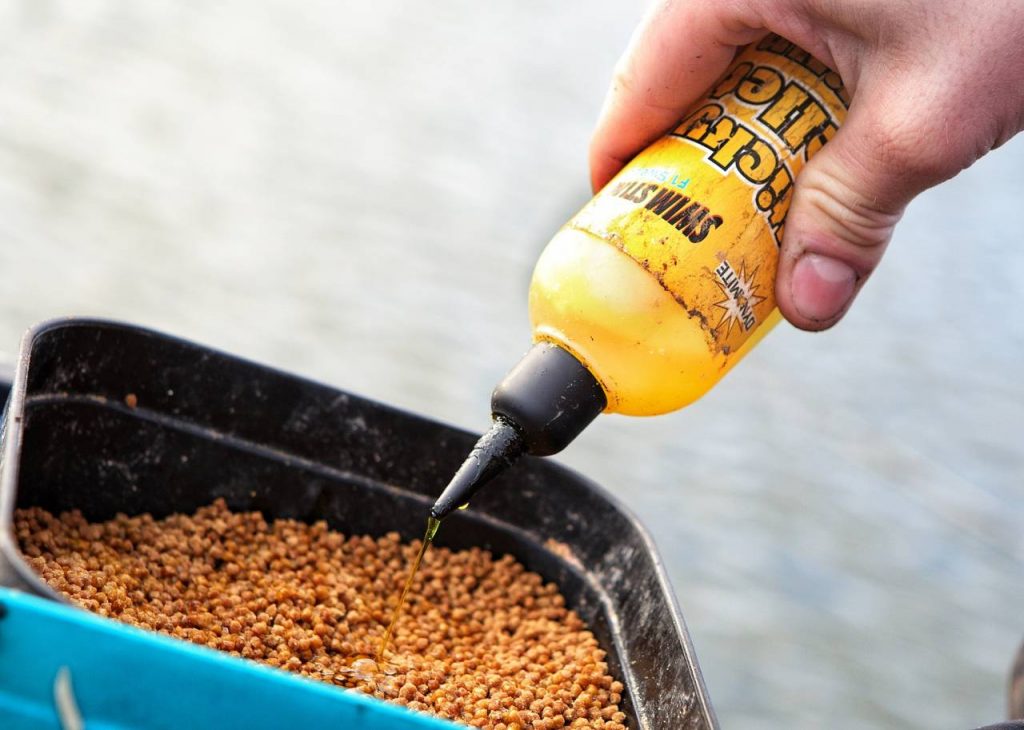 A couple of casts and the tip swung round ” That didn’t take long at all ”  a small carp was in the net. 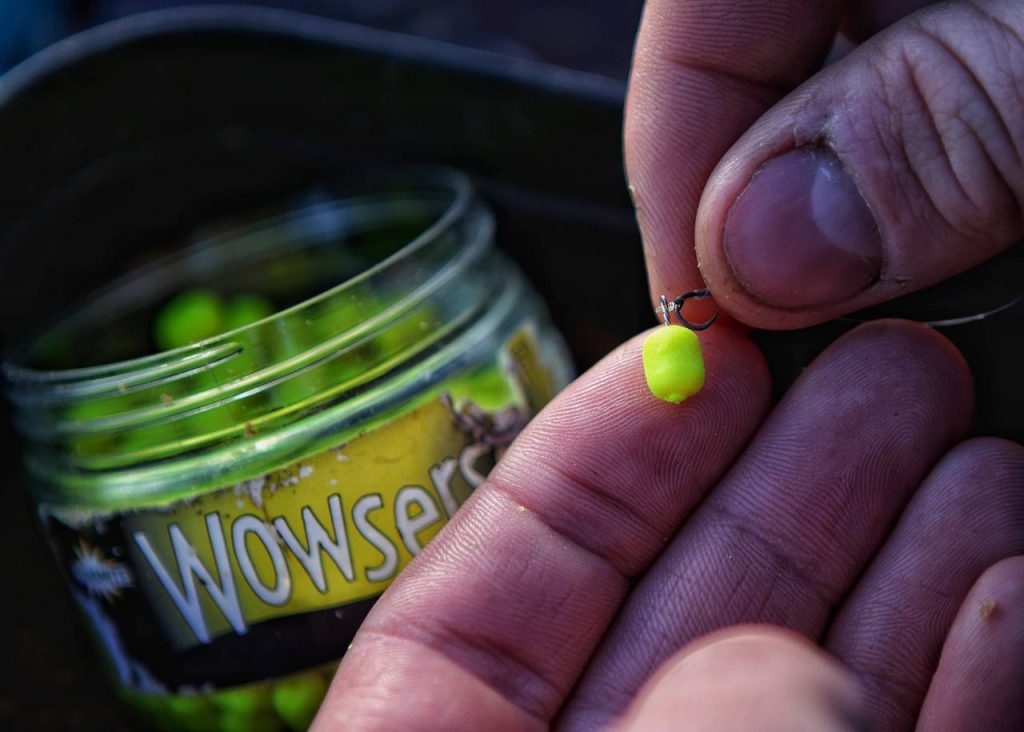 After a few fish on the feeder it slowly died off so Josh decided to leave it for a bit hoping the fish would move back in.
He picked up his pole baited with the humble maggot, just to see if anything was in the area, it took a while and eventually his float dipped, elastic shot out only to lose whatever was on the end – “Definitely a foul hooker”.

It came apparent this line was very slow, not having a bite for a good while, so after re-baiting with another small ball of Chocolate Orange groundbait he decided to go back on the feeder. 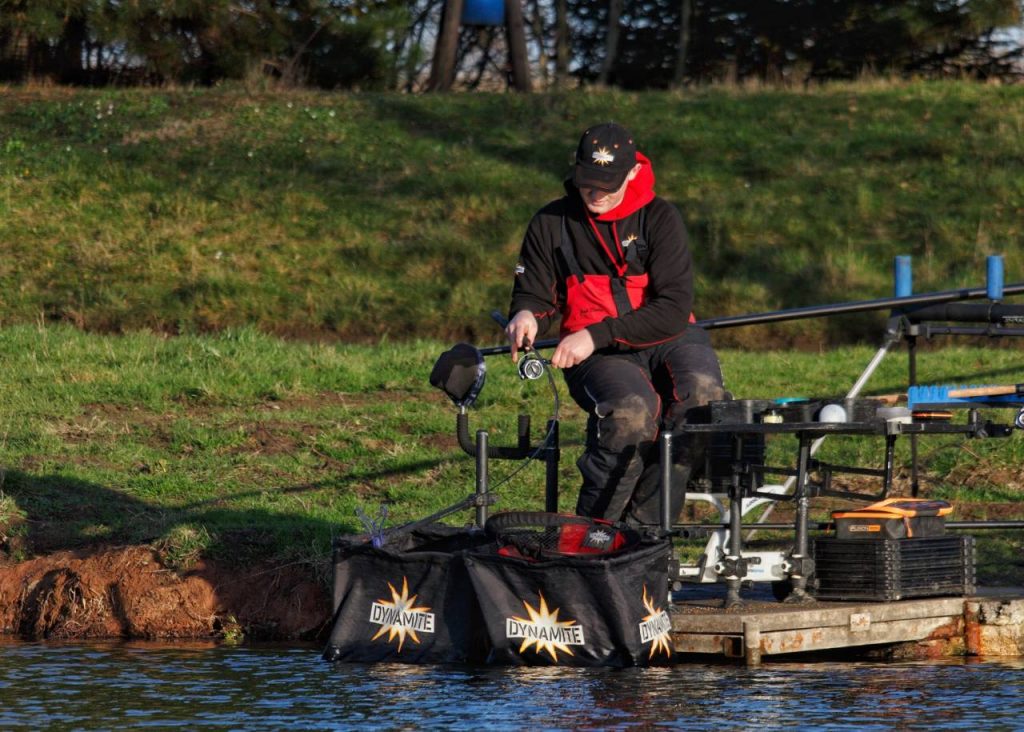 The carp had definitely come back as first cast his tip had tiny knock just enough for Josh to strike and he was hooked into another carp.
Same thing again, a few fish and they seemed to back off, resorting back to pole, this time nothing came giving it a good 15mins. 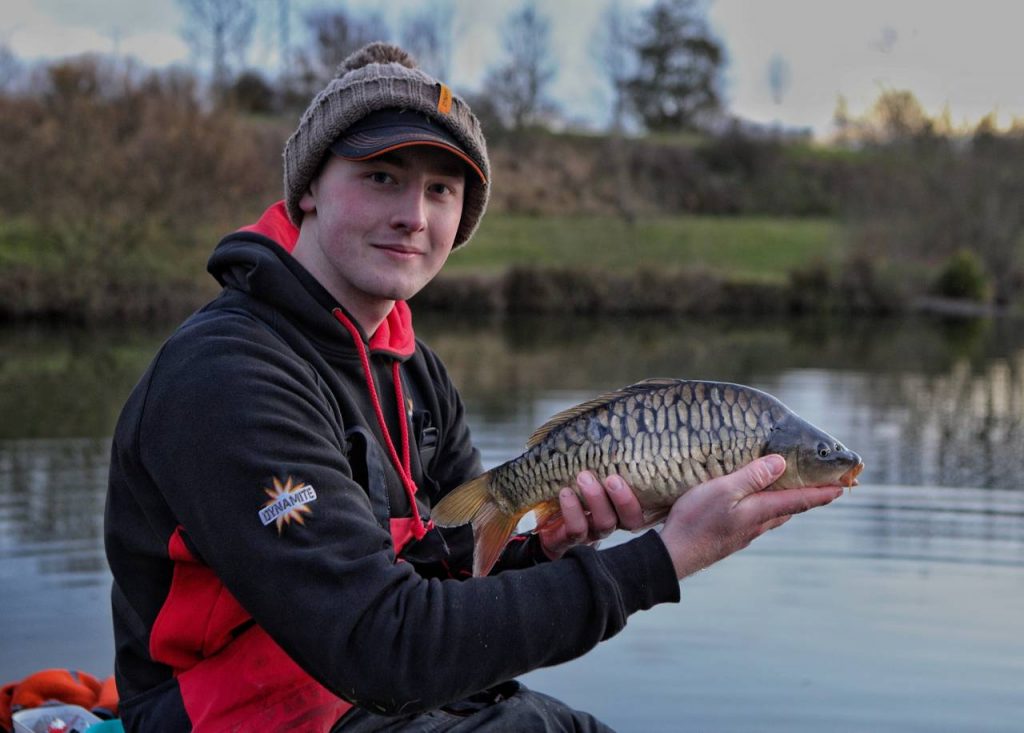 Now going back to the confidence thing, Josh decided to set up a new pole line to his right but this time with the tried and tested F1 cool water groundbait just to see if new groundbait wasn’t working. Again a small ball was potted and left to settle.

Fast forward a couple of fish on the feeder and it was time to try both pole lines. Still nothing majorly positive to report, other than a couple of super cute small carp josh was picking up on both lines. It seemed the decent fish preferred being out at range.

With his match-fishing head on, Josh decided to concentrate the later part of the day on feeder just to put a few more bigger fish in the net.

Things had slowed by now with the carp backing off but working the feeder and using a timer he was able to keep making the feeder tip swing round before calling it time.

It was a productive day, certainly having to work for the bites, but what can you expect on a cold sunny winters day. 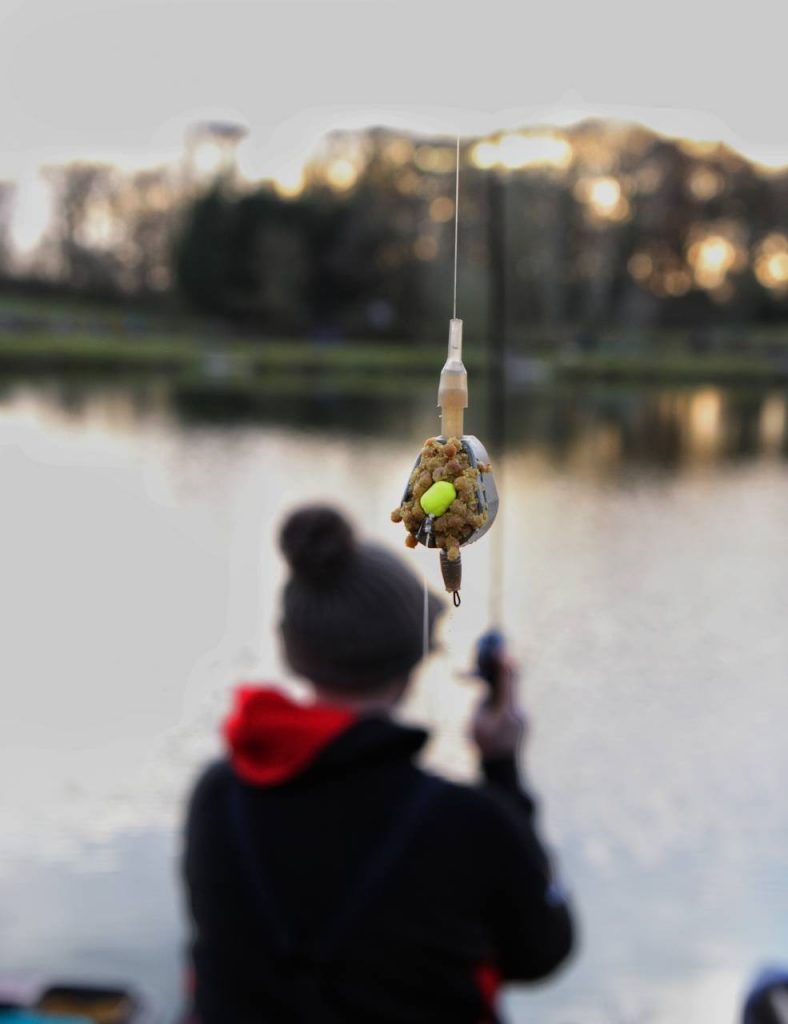 The new yellow Wowsers were certainly catching the eyes of the carp along with a tiny amount of pellet as feed, fishing for a bite at a time without filling up the fish too much, it proved a productive tactic on the day.

These along with 5mm versions in the range will certainly play apart in mine and Josh’s fishing going forward, that’s for sure.

The groundbait looks great and will be a great option for targeting big fish when match and pleasure fishing especially during the summer months due to its high-feed value and sweet flavours. Perfect for those who fish the cage or big Method feeders. 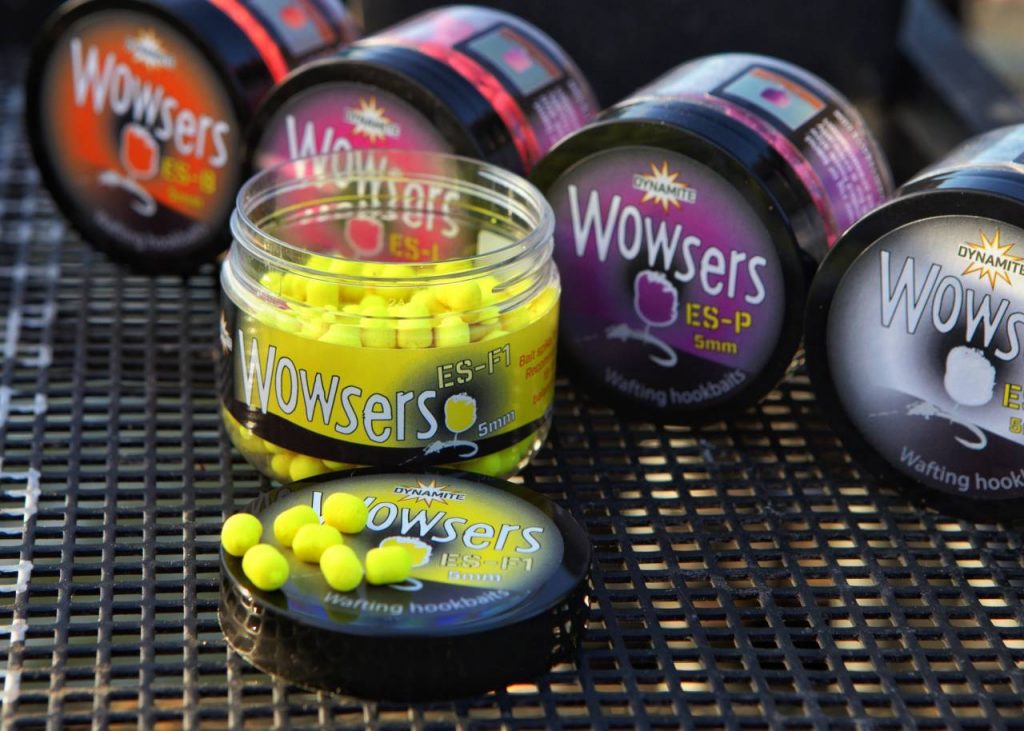 By trying a few things and working out where the carp feel happy to be, bites can certainly on the cards, its up to us as an angler to find out what is best on the day. 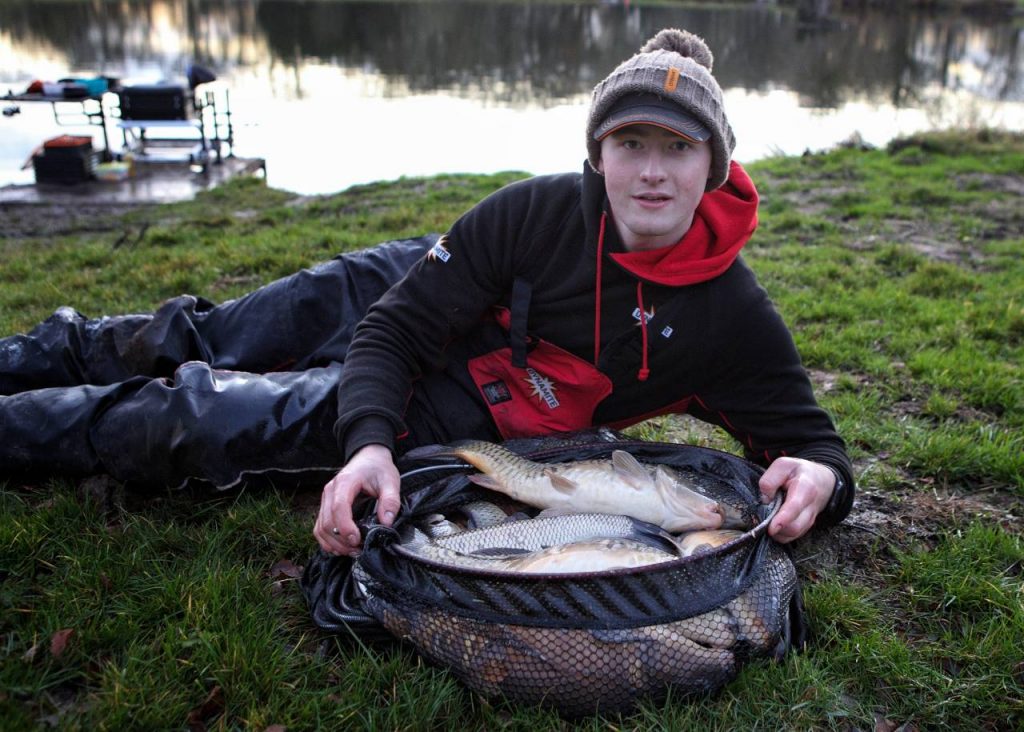 a net of portland waters carp and silvers. Not a bad effort on a cold, bright, mid-winter day