Football didn’t come home, but after an 11-year absence, Fish ‘O’ Mania made a triumphant return to the beautiful Maver – Dynamite Hayfield Lakes.

A homecoming that failed to disappoint the 8000 strong crowd who witnessed 21-year-old Pete Black crowned the youngest ever champion of the competition with a total weight of 51.35kg.

As well as making the Birmingham based angler £50k richer, he stormed to victory, landing over 12kgs ahead of his nearest rival, Andy Power.
Further history was a made as Kayleigh Smith (27) successfully defended her title with 21.21kg, whilst the eight-strong Junior Championship went to 18-year-old Myles Fletcher.

Aside from the three matches, the attending crowds were able to enjoy a good number of trade stands, tackle and angling demonstrations, side shows and fairground rides, allowing both anglers and non-anglers of all ages a fantastic day out in the stunning surroundings of Maver- Dynamite Hayfield Lakes. To add to the day’s enjoyment, the weather even saw fit to sunshine all day through cloudless skies. 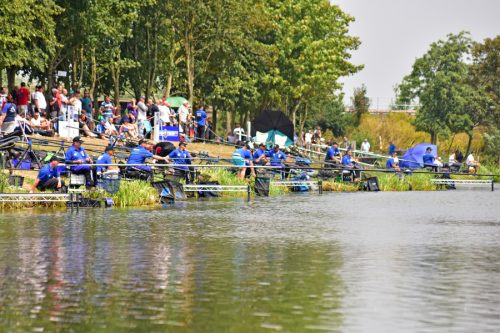 It’s all to play for… 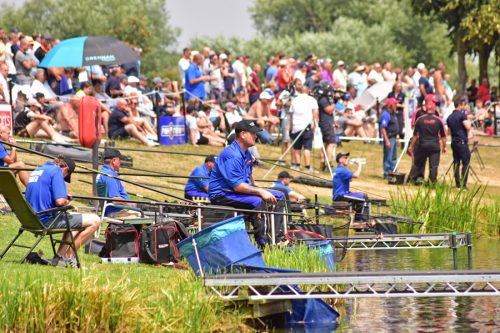 In addition to numerous other great retail stands, Dynamite brought two marquees on the day.  The first stand situated next to Adams Lake, close to the fishery entrance saw a comprehensive range of match products, the new Big Fish River range and some carp baits on display 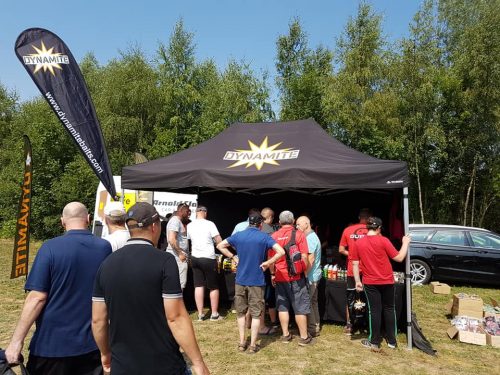 The Dynamite Trade stand was kept busy all day 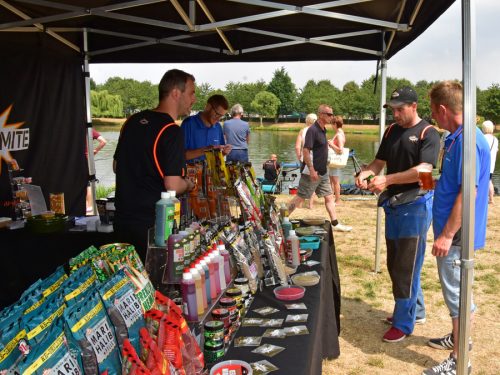 Along with a fun penalty kick competition for the under 12’s and numerous other competitions there was plenty for the whole family to enjoy. 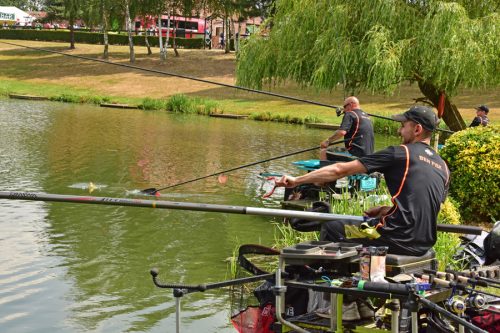 The Power Hour match between Ben, Grant and Andy 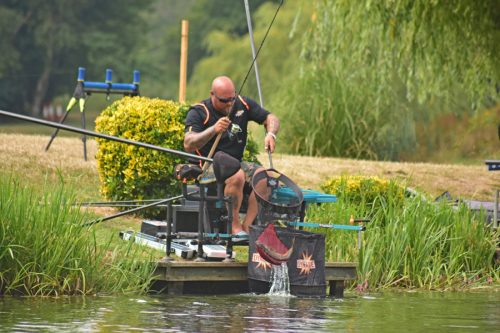 Grant lands a nice carp on the pellet waggler 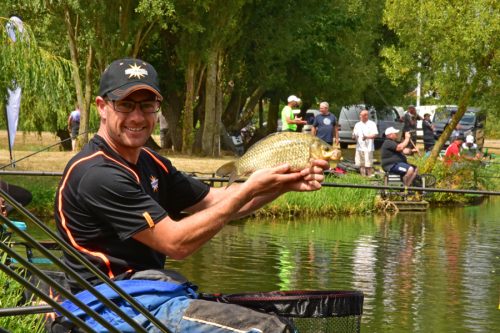 Andy Geldart with a chunky F1 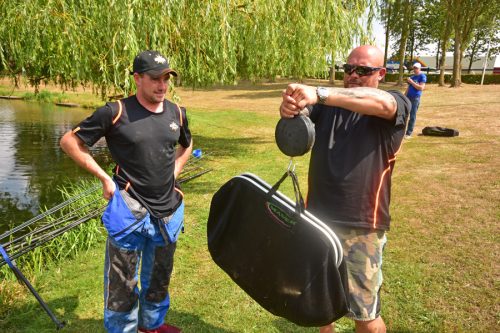 The Power Hour weigh in

The other Dynamite marquee was in the heart of the ‘Trade Village’, where visitors could pick up some top up bait for the weekend! Dynamite’s Andy May was helping out Sky Sports with their match commentary as well as doing his own angling demo’s on the match water – Dannie’s Island lake.

After the event, Dynamite Baits’ Head of Marketing Daryl Hodges remarked “what an absolutely fantastic day for fishing, a brilliant venue, brilliant weather and an amazing crowd who all went home smiling! A big thumbs up to the whole team and organisers. It was absolutely fantastic to see a young angler pick up the title as well.” 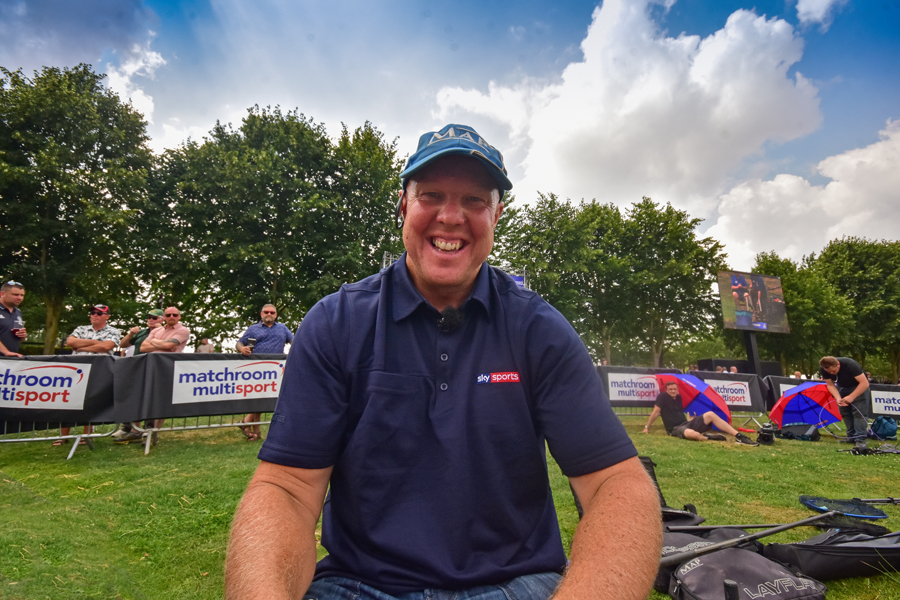 Whilst, the owner of Dynamite Hayfield Lakes, Noelie Goforth said, “It’s is such a thrill to have Fish ‘O’ back at its spiritual home. It has been such a fantastic day in gorgeous weather and I would like to extend my heartfelt thanks and gratitude to all those who competed, displayed, performed demos and attended as well as Matchroom Sport and Sky Sports for their support and event coverage. 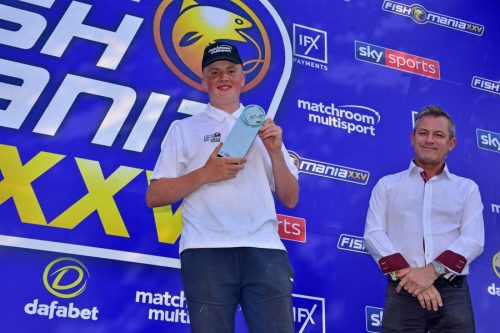 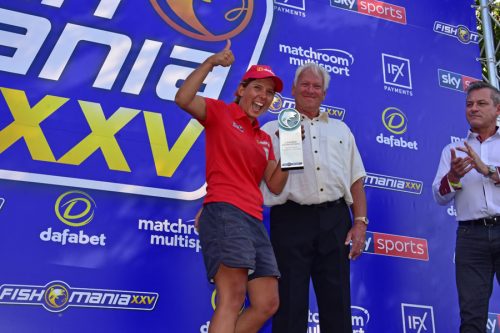 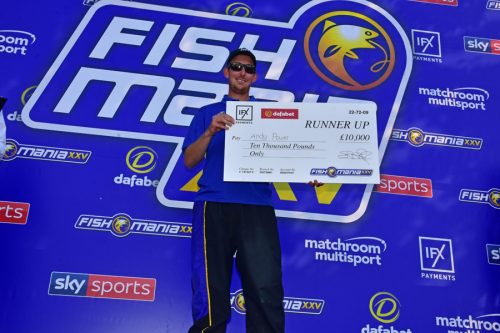 Andy Power came second to Pete on the day 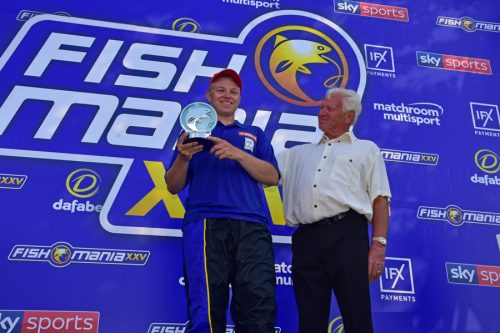 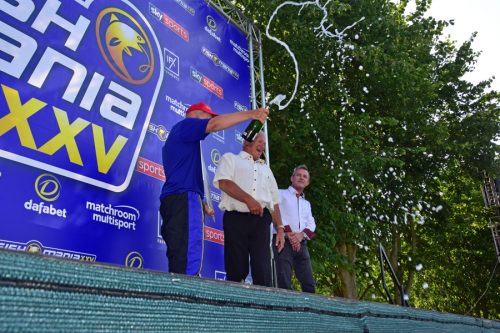 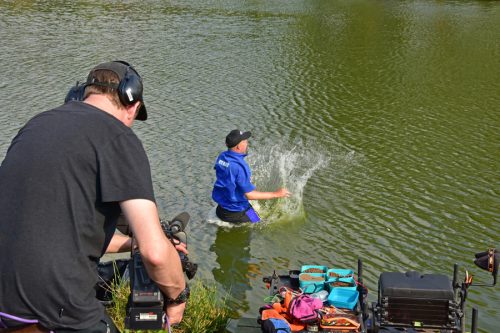