Big Fish ace, Daniel Woolcott recalls some memorable roach fishing sessions while giving his tips on how to break your PB redfin 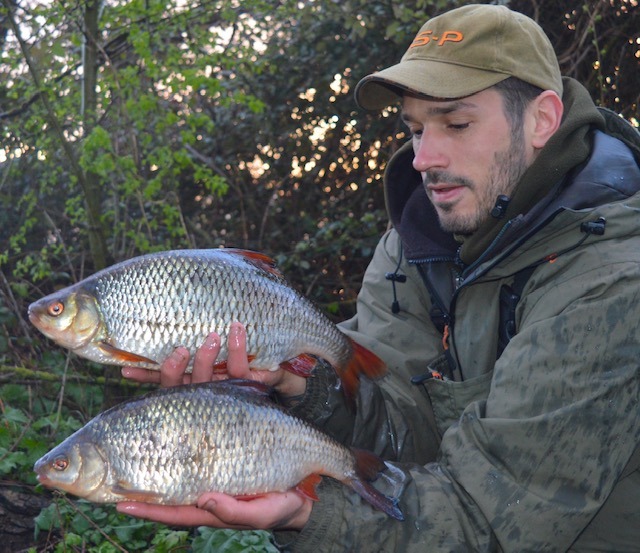 Roach are my favourite species and come April I always make time to get out and fish for a specimen redfin. Over the last ten years I have fished a number of still waters for the species and have no problems traveling long distances to venues where big fish reside. As they say, you can’t catch them if they’re not there and whilst big roach often pop up, catches soon tail off before they ultimately disappear.

Therefore, getting on a water when the iron is hot is imperative for success and no lake is off limits, in fact I used to travel to the roach mecca Lochnaw Castle, a good ten-hour drive to Scotland from my home in Kent. I have had some fantastic sessions on Lochnaw and I am hoping to revisit the venue in 2020.

My roach campaigns over the years have provided me with some magnificent fish including a monster personal best of 3lb 11oz caught from a pit in Norfolk during the winter of 2016. I have also been lucky enough to enjoy some immense Roach fishing in numerous counties catching a number of 2lb plus specimens. They are such a fantastic species and I don’t think there is a better sight in angling then a big roach.

In late 2018, I was fortunate enough to discover a large gravel pit that was producing some magnificent roach over the magical 3lb threshold and so I decided to target these fish in April 2019. The lake was a huge 110-acre gravel pit with crystal clear water and as with most big pit fishing I was fully aware that location would be the key to success.

On arrival and after a three-hour drive, I began to explore and discovered that a large area was out of bounds, this narrowed down the hunt for what was only a few shoals of big fish. I had planned to gather information from the carp anglers and then make a decision with regards to location however there was only one angler on the whole pit and information was scarce to say the least.

Looking back, I was very fortunate because I arrived at the lake on a calm morning with the still water providing the perfect conditions for spotting roach rolling on the surface. I made a cup of tea and sat it out watching the lake for showing fish not expecting to see anything but to my surprise a fish rolled in one of the large bays about fifty yards out. I didn’t think it was a huge fish but it was a fish and it certainly wasn’t a carp, and so I decided to give at least give it one night in that area.

I had already invested a lot of time in researching the lake and was fully aware that there was a large head of signal crayfish, which I anticipated could complicate matters. Having fished a number of lakes and rivers that hold crayfish, I decided to use fake baits to avoid attracting an army of red clawed invaders, which would no doubt cause havoc with my rigs.

I chose to fish very short fluorocarbon hooklinks of around 3 inches constructed of 4.4lb flurocarbon in conjunction with 50g cage feeders. One fake maggot on a size 16 hook was at the business end; using such a small hook is not my typical gravel pit setup for roach and a size 14 or even 12 is usually my preference (especially when fishing with other baits such as 12mm boilies) but with such water clarity I wanted everything to be as inconspicuous as possible.

The marker rod was punched towards the horizon and the dubious task of feature finding began. I couldn’t find anything of real interest in regards to the topography however I did establish that the lake bed was quite firm, averaging eight feet with a thin layer of silt in places. I settled for a spot at around fifty yards where I had seen the fish roll earlier and spombed out some Grubby Groundbait, Frenzied Hemp and some dead maggots.

I settled down for what would be a two-day trip and began to feel quite confident when I caught sight of the fading rings of a ripple disappearing and then slowly merging back into the water. I waited for a coot to pop up but one never surfaced so it was either a fish or a coot with an extraordinarily high lung capacity. I hedged my bets on it being a fish and I rubbed my hands together in anticipation. By the afternoon the weather had changed for the better and the wind had picked up with cloud cover becoming thicker. Low pressure had arrived and it looked spot on for a bite.

I knew from fishing other venues that big gravel pit roach usually have short feeding spells and that my best chance of a bite would be in the evening or at night. I topped the swim up with some more bait and sat down watching the water, with a cup of tea and a cheese toasty.

As the evening drew in my left hand rod signalled a beep followed by a burst of beeps confirming that a fish was on the other end. I picked up the rod and immediately knew that a big roach was the culprit by the way in which it fought. It kited to the left and as the rod absorbed the violent head shakes all I could think of was the size 16 hook holding firm. As the fish drew closer I managed to net it on the first attempt with the size 16 super specialist holding firm – I instantly knew I had caught a decent redfin.

Just as I was preparing to unhook the fish, my remaining rod was away and I hastily carried the net with the first roach still in it down to the water’s edge. This fish also felt like a decent size and it wasn’t long before I had two stunning big roach in my landing net. On the scales they registered 2lb 12oz and 2lb 2oz. To catch a brace of big roach on my first session of the season and on a pit that I had not fished before was beyond my expectations but little did I know that the best was yet to come.

A brace of 2lbers was not to be sniffed at

That night passed uneventful and day two soon arrived bringing with it conditions that were very similar to the previous day. I re-baited all the rods and got them back on the spot. I opted against using the spomb this time and decided to cast my feeders regularly using them to get a nice spread of bait in the area. I wanted the roach to be attracted to the Grubby Groundbait but feed confidently on the maggots and so I was very careful to only introduce a modest amount into the swim.

As evening arrived my confidence grew and then out of the blue my middle rod ripped off and the baitrunner began to fizz. I almost expected the culprit to be a carp based on the take but the head shakes assured me this was another big roach. Being careful not to put too much pressure on the fish I carefully coached it into the waiting landing net and hastily peered in to check out my prize. I was in awe at the sight of the most fin perfect donkey of a roach that I had ever seen calmly laying in the mesh of my landing net.  The fish weighed a huge 3lb 4oz and was my second 3lb plus roach to date and by far the prettiest.

Looking back, I was very fortunate to catch sight of that roach rolling but it just goes to show how important it is to locate the fish on such large waters. I left the next morning with my mission complete and I was heading back down to Kent with a big smile on my face. 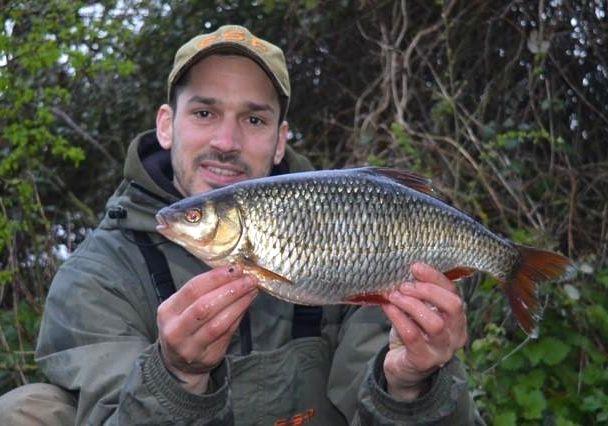 My beauty of a 3lb 4oz roach