I’ll be the first to admit I’m no bait buff; however I do trust the people that are.  So when I got my hands on some of the new Complex-T from Dynamite it instantly grabbed not only my smell and taste buds, but my undivided attention to change from my beloved and proven Monster Tiger Nut. 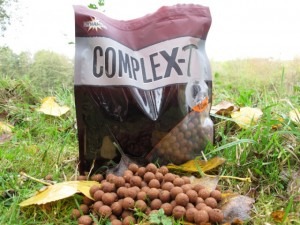 One of the first things I noticed about the bait was its dark colour, yet it became very washed out in no time at all, a massive plus for the cagey/wary pressured fish which I normally target.  The second was the distinctive ‘carpy’ smell.  Now I’ve been carp fishing for over 30 years and sometimes you smell a bait and simply know its ‘the one’, you just know it will destroy waters on a large scale and won’t ‘blow’ due to overuse like some baits do.  How would it perform against baits I’d got 100% total confidence in though, like the Monster Tiger Nut that I had used with great success for years with no trouble at all??

The first test was a pre-baiting campaign on a new syndicate I’d joined, and the reason for this was I knew no other angler in the syndicate would have access to the Complex-T, so surely a big edge for me.  I also knew this water had been dominated by sweet based baits for a few years so how would I fair up against tried & proven baits?  Along with James who’s another Dynamite angler we put a fair bit in and we did well from the off.   James had a string of big 30s, while I bagged a 40lb 4oz and a 52lb 4oz within a couple of weeks of the season commencing.

Next up was a couple of trips across the water to France, where again the fish wouldn’t have seen the bait at all.  The first trip saw me land some amazing looking fish to mid-40s, but the second trip was a different ball game all together, it was on a low stocked lake which isn’t easy.  I went on to amount 6 bites with the following weights …32lb, 33lb, 47lb 4oz, 53lb 4lb, 60lb 4oz common and a 68lb mirror, what a confidence booster!

On both trips I used fairly large quantities of the Complex-T, but in different baiting strategies.  The first week was scattering with a throwing stick to get the fish searching, and the second week was more boat fishing and tight spot fishing, but still baiting each spot with a few kg of 18mm. 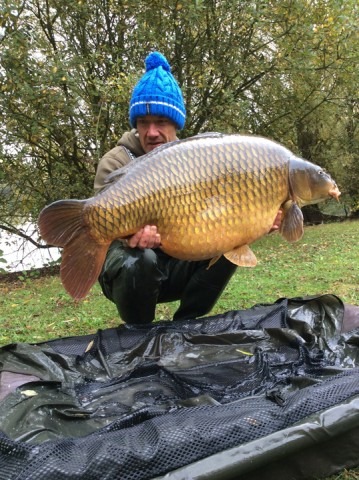 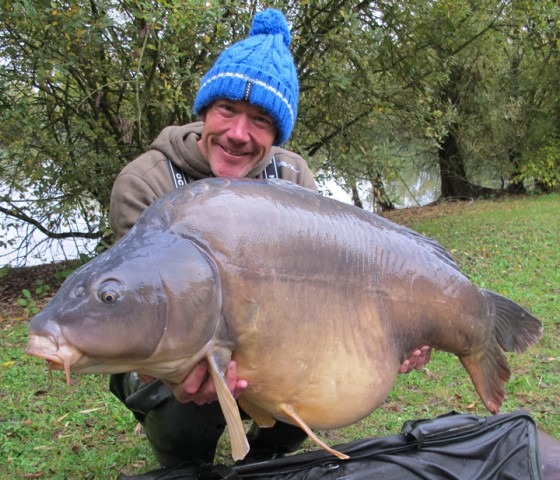 So how do I conclude, well for someone who will confess to not know everything about bait or what actually constitutes a very good bait to a certain extent, this Complex-T seems to tick all the boxes as being one of the most instant big fish baits I’ve ever put my hands on. Don’t forget I’m taking the bait to lakes where it’s never been seen before, and its working almost instantly, I believe this is because it is a natural ingredients based boilie that no fish would spook off. Now for the first time in 7 years of being at Dynamite I have actually ran out of Tiger Nut in my freezer, it’s not that the Tiger Nut isn’t a good bait because it certainly is, but I’m 100% sold on this Complex T, it’s unreal! And as we all know, having the utmost confidence in your bait is paramount at all times.  I’m also going to continue using it through the winter, all be it in smaller quantities, the lads in the development team tell me it’s a very easily digestible Liver/Fishmeal, and will work equally as well in the winter due to the open texture and cold water feed trigger as the rest of the calendar year, and in all honesty its music to my ears.