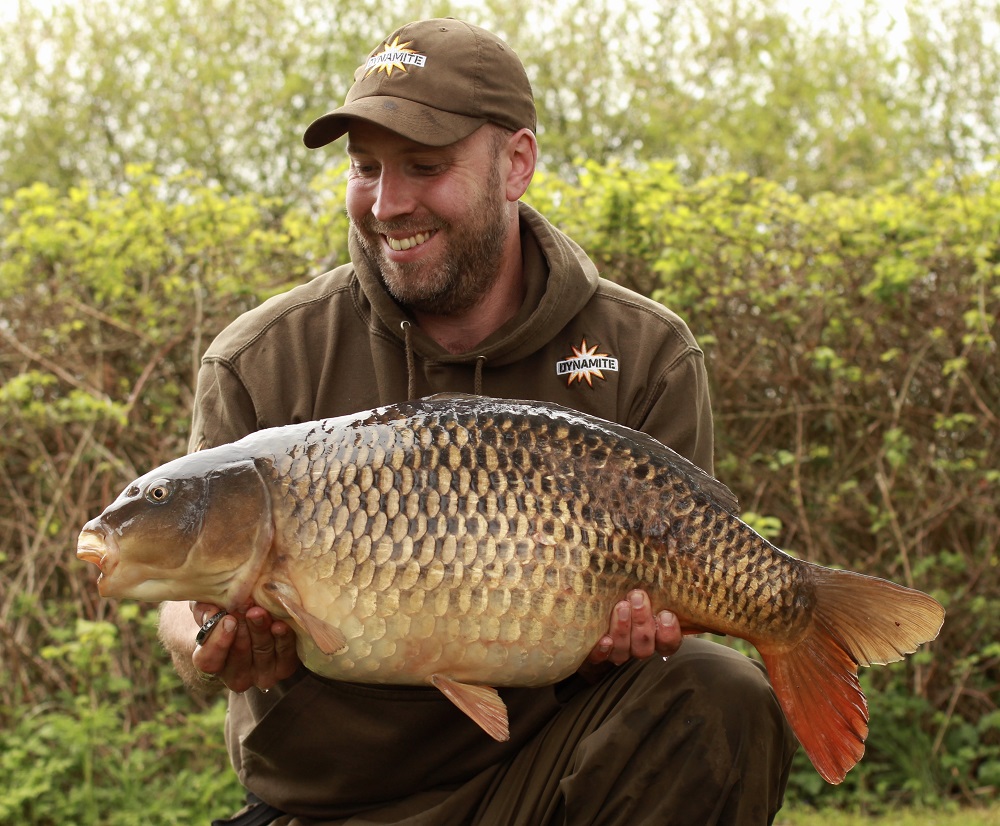 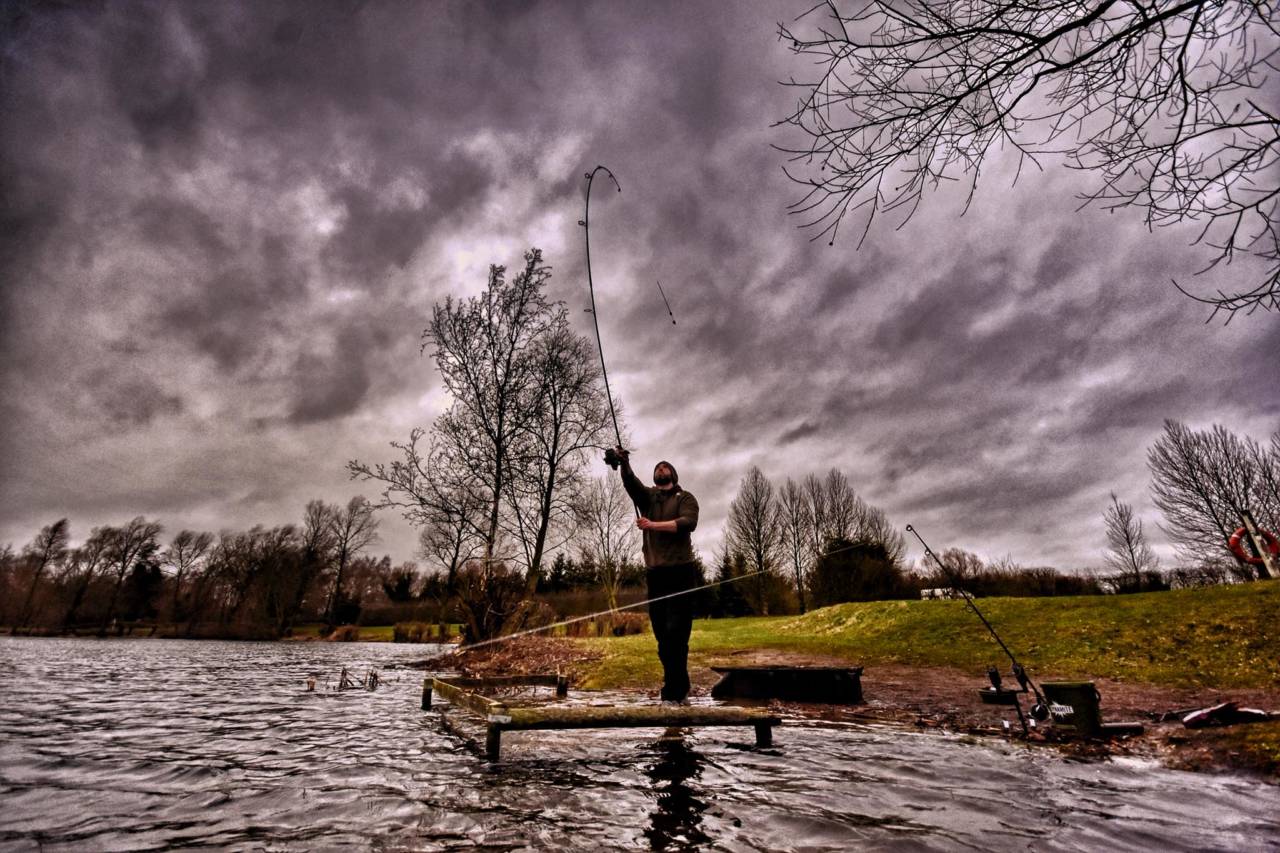 After a few flicks with the marker rod I found a big silty area at 80 yards range with some light weed around. I opted for 3 hinge stiff rigs with Complex-T Foodbait pop-ups over the area. I feel when the fish have been awake for a while and are looking for food, my intention is to try and catch more than just  »a quick bite» and I feel that food bait options over a baited area rather than high attraction baits work better for me (purely down to confidence). 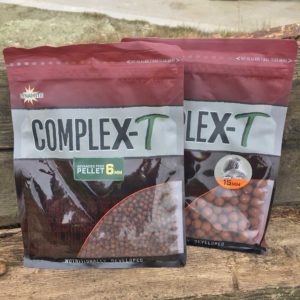 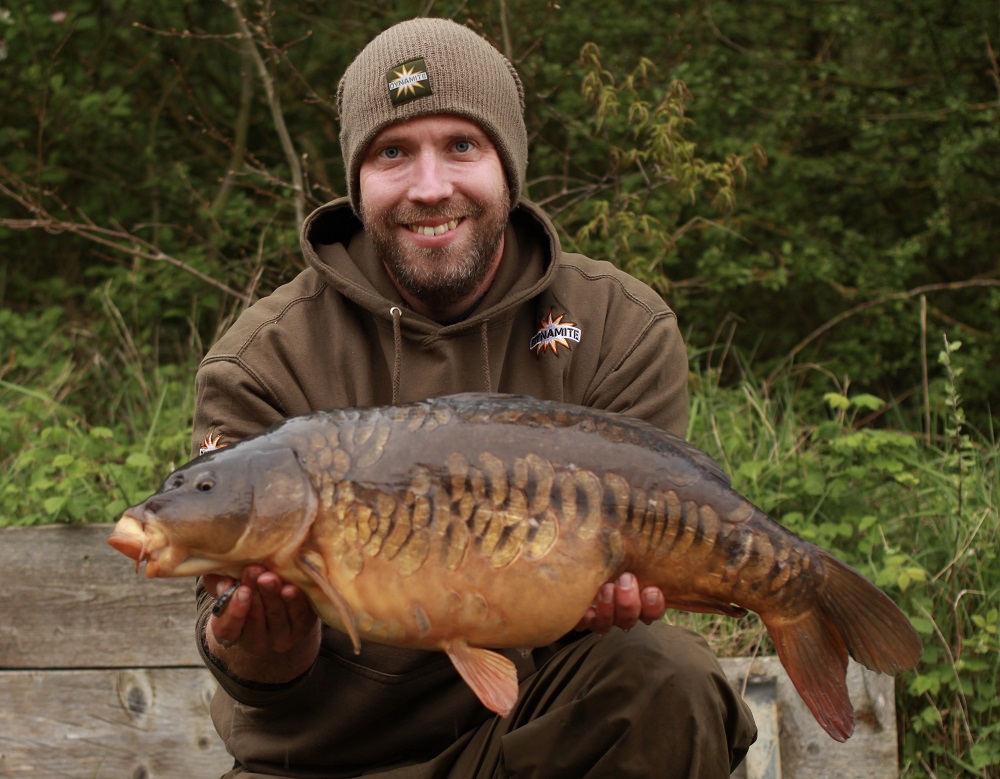