«This must be one of those doubles», I thought, in my half asleep, dopey state. Keeping the pressure on hard, not allowing it any ground, the fish erupted on the surface, close to the net. It then started to dawn on me that I may have been mistaken! Reducing the arc on the rod and loosening the clutch a little, the fish circled close in for a minute or so, before popped up to the surface in front of the net. I could see under the light of the full moon it was no tench. Straight in the mesh she went and I peered in to see the outline of a big fish. Going to fetch my head torch, I could see the back of a big leathery mirror…clearly a forty! It could have only been one of two fish. I reached down and ran my hand across her flank and felt a little cluster of scales towards the tail, much like the scales I had been looking at on the photo for all those years. My heart began to pound at the realisation it could be her. Sure enough, as I unravelled the net on the mat, I saw that stubby tail…she was finally mine. How I would have played her more carefully if I had known what was on the end; lucky boy! 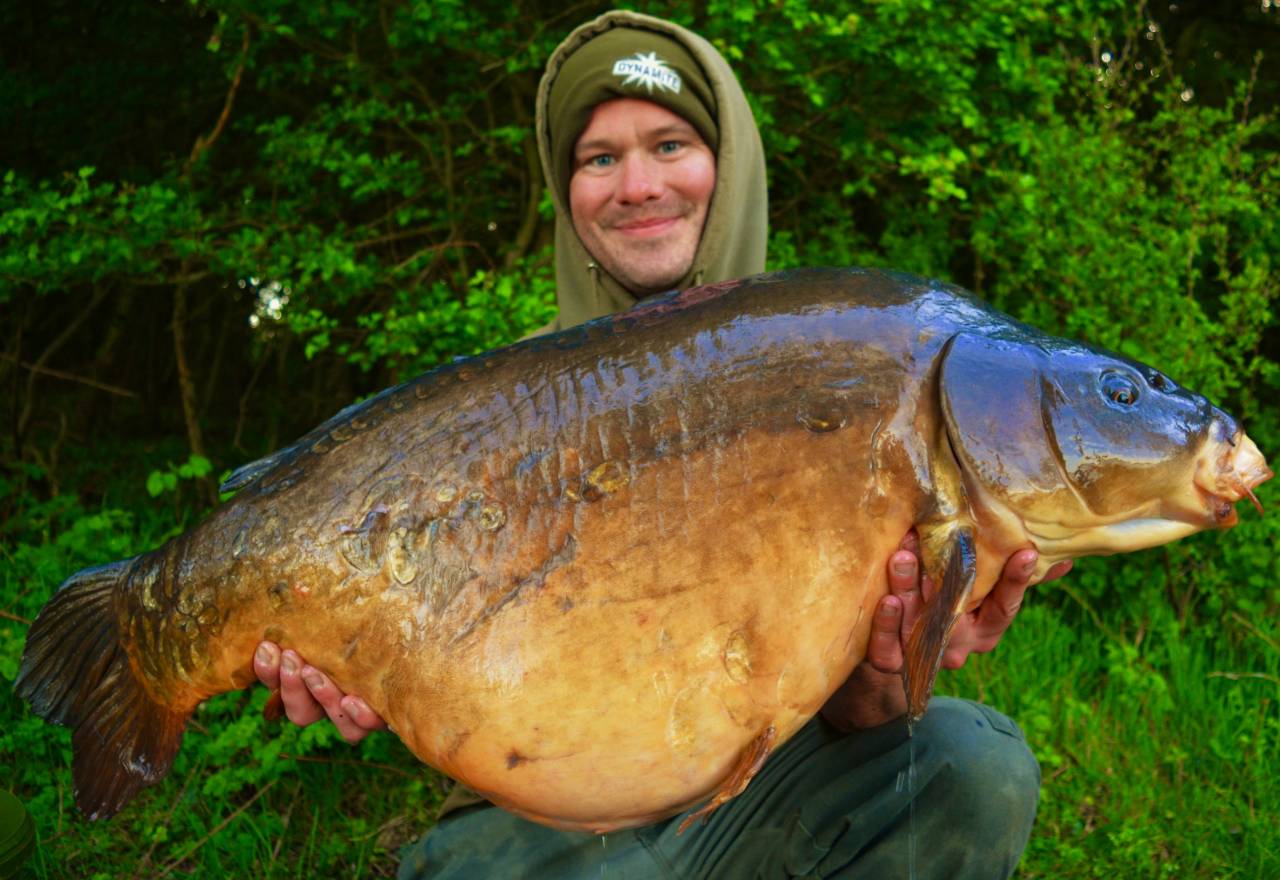