It wasn’t long and the trotting and perch gear was stored away and I began to think of the „bars of gold“ the magnificent crucian. I only had a couple of sessions lined up for the crucian’s this spring due to family commitments but my first session came at the start of March. Early I know, but there was a lovely warm weather front and I couldn’t ignore the conditions and I fancied getting out for my first night since October the year before!

This winter has been one of the coldest for a while so I was gagging for that spring warmth! Although this winter was a productive one fish wise I was glad to see the back of it. I’m not a big fan of the cold or the amount of darkness that comes with the winter.. it wasn’t long and the trotting and perch gear was stored away and I began to think of the „bars of gold“ the magnificent crucian. I only had a couple of sessions lined up for the crucians this spring due to family commitments but my first session came at the start of March. Early I know but there was a lovely warm weather front and I couldn’t ignore the conditions and I fancied getting out for my first night since October the year before!

I decided to put some bait out prior to it getting dark so I did so. Darkness fell so all there was left to do was chat and drink tea. I received a bite on my left rod, a rather scatty take. I lifted into the fish and my rod bent double… a carp! With light rods and tackle it was good fun playing the beast putting my tackle to the test! But after a spirited fight and my arm falling asleep the carp was in the net! A lovely old dink strain fish known as „Barry“ we laughed about the name of the poor carp took some shots and returned him to his home. 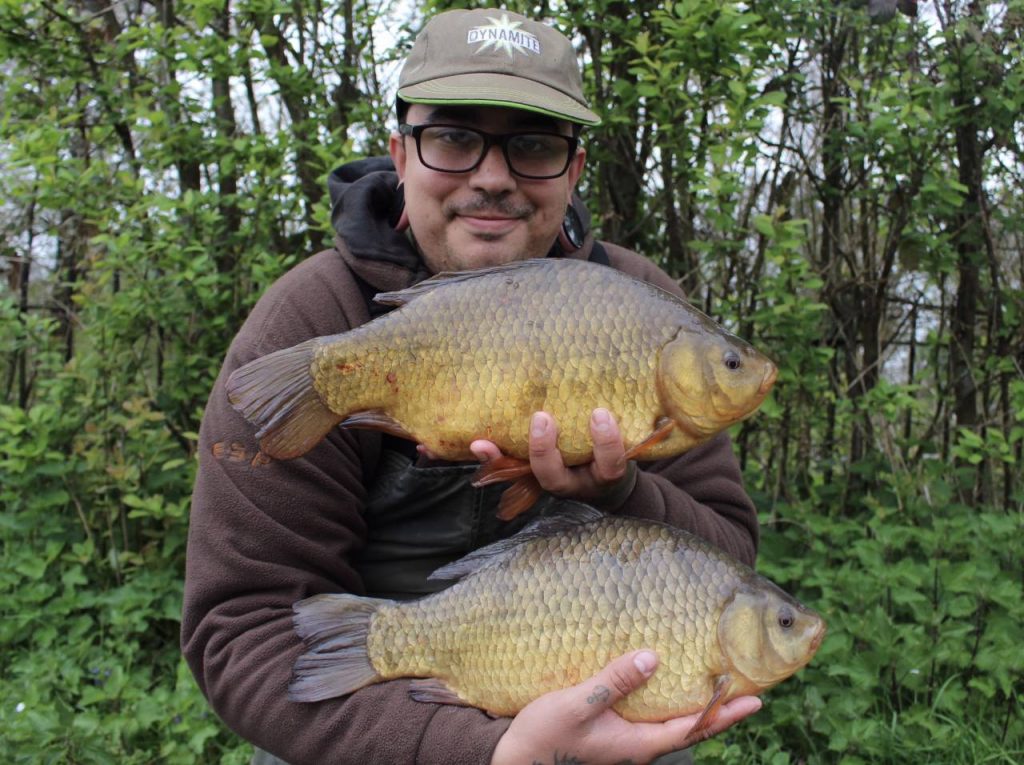