Following my jam packed week at the fantastic Lindholme Lakes complex the week prior, I fished the 3 day Junior Match Aid Festival at one of my favourite venues Partridge Lakes fishery!

Being well attended with 31 of the country’s best juniors it was set to be a fantastic week!

Day 1 and I had everything crossed for a good draw but managed to pull one of the worst pegs in 117 on Covey 5 with the wind on my back; however this did not dampen my spirits and I knew I could use this to my advantage as I would be able to present the rig with ease where others in my section might struggle to get the correct presentation with the wind pushing heavily across them .

With a variety of tactics I was able to keep fish coming and put a hard worked 50lbs 13oz on the scales which just won the section so I was very pleased with a great start to the 3 day event .

Day 2 and it was our turn on Marsh lake and at the draw I’ve pulled out a peg I fancied on paper with it being lined with a large rush bed across. I did get a bit giddy setting up thinking I would empty it on casters.

However plumbing up I failed to find any water shallower than 3ft across which meant a day of liners and foul hookers could be on the cards, oh dear!

I fished across for the first hour picking off odd fish on soft pellets before coming to a complete stand still so I decided to cut my losses and start again down the edge which plumbed up nice with a flat spot.

One point I must mention is the importance of fishing on a flat bottom down the edge especially, this is because it allows you to be sure that your rig is working correctly and always leads to more fish in the net!

Due to it being over 2.5ft tight to the bank I used a 4mm Swim Stim Pro Expander and fed small balls of 2mm Carp Pellets soaked up so a tight ball which could be formed and reach the bottom quickly to prevent line bites and foul hookers as much as possible .

As a result of constantly coming back and feeding another ball the edge line got stronger and stronger and this lead to me putting 54lbs on the scales for another 1 point so the perfect second day!

The rig I used was 0.17 main line tied to 3 inches of  0.11 tied to a 18 SLWG with a strung bulk of number 8 shot to allow a slow fall of the pellet at the bottom end of the rig, while remaining a positive rig producing positive bites!

Finally onto day 3 and I was currently standing 2nd overall but behind on weight.

I drew another poor peg right at the top of pool 6, peg 149, with the wind blasting down the bottom end!

My plan was to fish a mixture of my 3 favourite groundbaits in the mud line, pellets across in 2ft and pellet and groundbait down the edge. The groundbait of choice was a mixture of Green Swim Stim, Marine Halibut and Milled Expanders mixed as wet as you can get away with so it sinks to the bottom without leaving a big cloud of bait which sends the fish mad  leading to foul hookers and missed bites.

I started my day down the edge to the right feeding tiny nuggets of groundbait with a Pro Expander on the hook. This excited a quick response and I was soon into fish allowing me to take an early lead in my section.

On this day in particular the mud line never came alive probably due to it plumbing up horrible with water either being too shallow or too deep .

My second  line which produced was across in 2ft where I found a lovely gradual slope (due to flat spots being rare on these lakes).

By feeding balls of 2mm Carp Pellets regular I was catching good stamp F1s and carp and by rotating this with my caster shallow line I was building up a nice weight .

At the weigh in I put 74lbs on the scales which won the section and meant I finished on a perfect 3 point score.

However the fantastic Yestyn Sephton won the festival about 26lbs ahead of me on weight putting me 2nd overall which I was buzzing about.

I’ve been coming to this festival for the past few years and never made the main frame so to finally do so I’m over the moon. 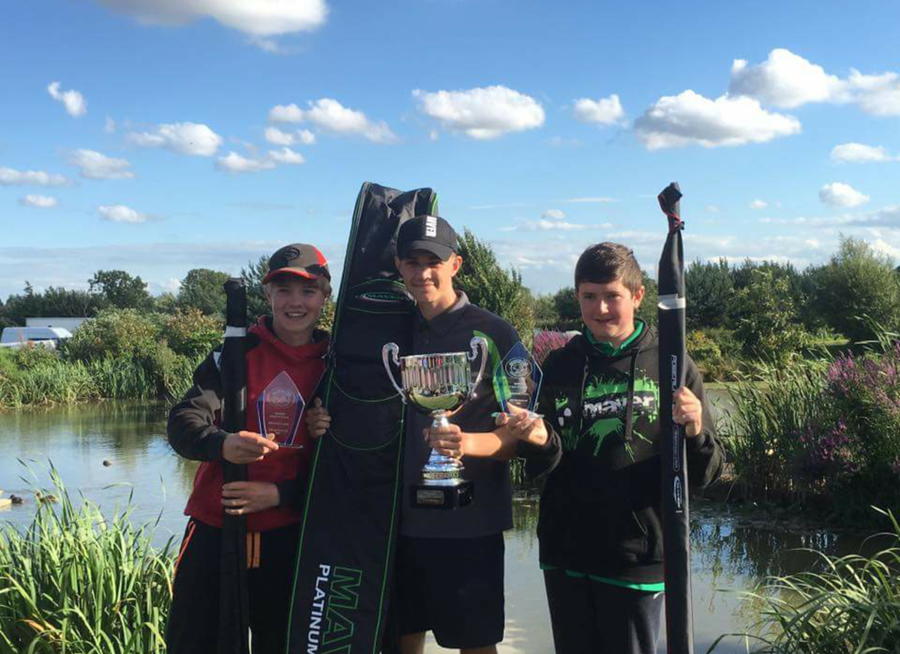