Evenings down the edge

It’s now the time of year that we’re seeing the longest daylight hours and the other side of it is as the night’s start drawing back in. The water has been warming up nicely and the carp have finished spawning, leaving perfect feeding conditions that become largely neglected!

I love to get down to my local waters straight after work, I’m normally not fishing until five or maybe even six, but I know that I’m going to have some sport in these few hours before the sun sets! Plus, most fisheries also offer evening tickets, so you get even more ‚bang for your buck‘! 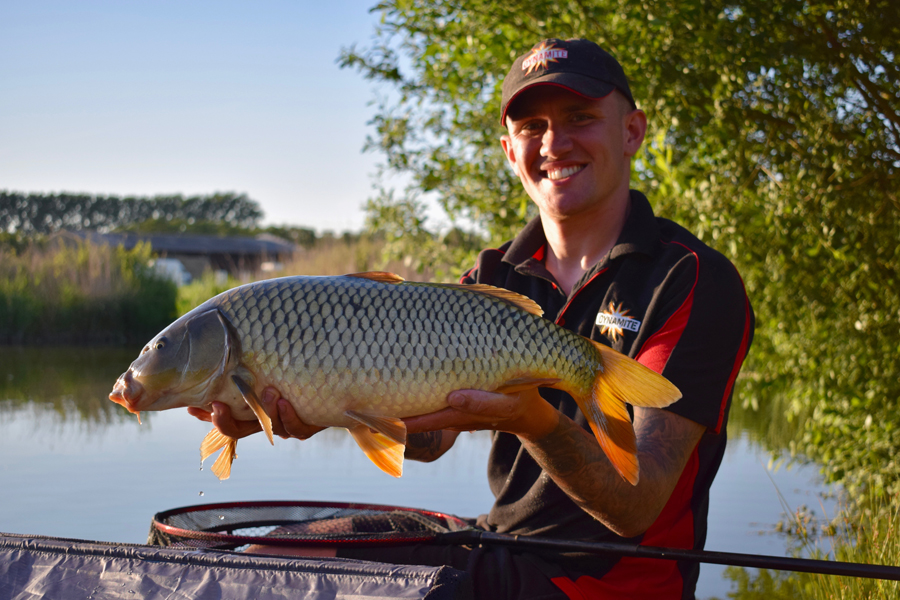 Regards the fishing, the first thing that I look for is a peg that is going to provide the cover that the fish feel comfortable in. I’m only looking to fish one line at this time of the day, so as long as one side of my peg looks ‚fishy‘, I’m happy.

I’m also looking to find a margin swim with around 18 to 24 inches of depth, some six to seven meters away from me. I also want the swim to be tight to the cover and ideally have a flat bottom. As I’m fishing for big fish, having a bit of water above their heads will see them feeding confidently.

The bait is simple. I’ll take one bag of Dynamite Baits‘ Mega Margin Mix, a tin of XL sweetcorn and any leftover micro pellets I may have laying around.

Pour the entire bag of Mega Margin Mix into your bucket and add whatever pellets you have, before mixing together. I like adding some pellet, as it keeps the fish grazing on the deck for longer. I’ll then generously add water whilst whisking my mix. This groundbait is great at taking on water, but it comes back to the age-old statement of ‘you can put more in but you can’t take it out’, so be cautious of not adding too much too soon.

Ideally, I want a heavy, damp consistency, so that it sinks straight to the deck, reducing the chance of foul hooking any carp that come over it. I don’t add my sweetcorn to the mix, I leave this for the cupping in process so that I control the number of free offerings.

To kick things off, I’ll cup in three or four 250ml cups to begin with, adding a pinch of corn, but not so much that it takes them an age to pick my hookbait out. I like to ‘wash the pot out’ when cupping in, the disturbance spreads the groundbait around a little and the sploshing definitely gets the attention of the fish to come and investigate.

At this point, grab yourself a drink, tidy your peg or get your keepnets in if the fishery allows. I let the fish have at least 10-minutes to come in and get settled over the mix before laying a line in the swim.

My rig of choice, starting from the top, is Nick Gilbert’s Amber Cored red elastic (16-20) on to 0.22mm Guru N-Gauge with two No9 back shots. My float choice is a 0.4g Drennan Margin Crystal, which takes a bulk of five No8 Stotz and one No10 to cock perfectly. These are placed six-inches above the hook.

Down to the business end, I use a four-inch hooklength of 0.19mm Guru N-Gauge tied to a size 14 Guru X-Strong Spade hook. I’m not a fan of hooking several kernels, I prefer to find a nice large one and hook it through the top, leaving plenty of point showing.

As I don’t feed lots of corn with this method, I don’t feel having several kernels on the hook gives me any real advantage.

After each fish, I’ll cup in another two cupfulls to keep the fish there, at this time of night they hoover up bait fast, so it’s important to not lose touch with them. If you see swirls and tails, you’re doing it right! If you’re not getting signs then instead of feeding again, I make a large disturbance on the water to get some attention.

This truly is the best time of year to get on the bank for them last hours of warm daylight, focus all your efforts on one line and stand by to reap the rewards. 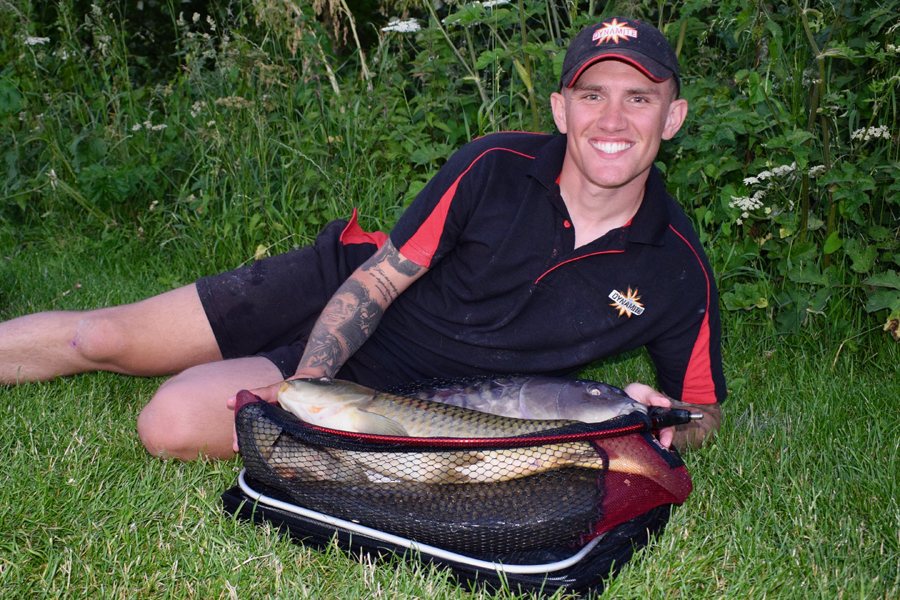 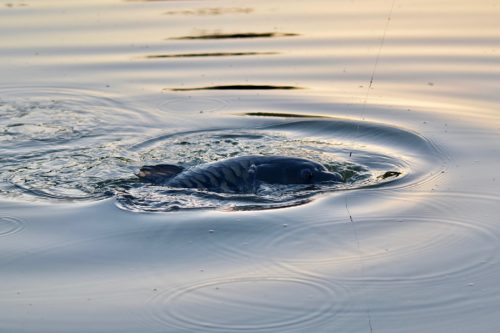 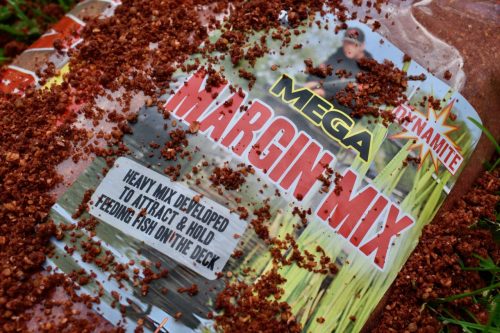 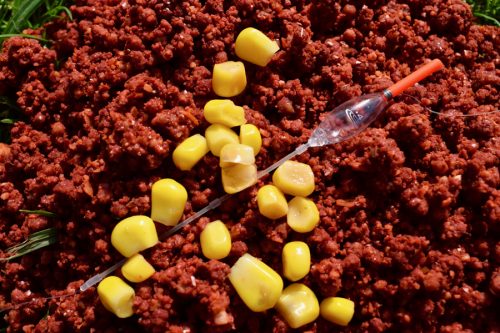 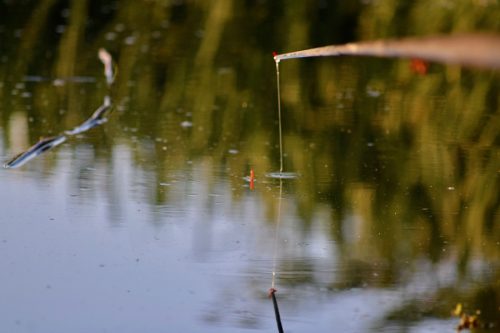 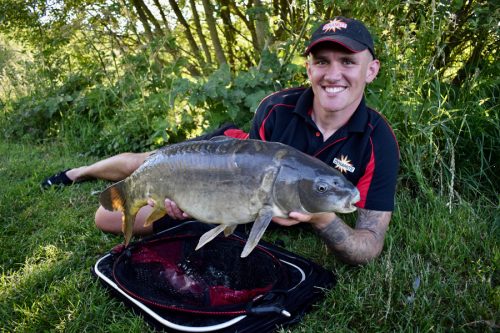