Mark Perkins uses what he calls his ‚Bombay Mix‘ to target stillwater barbel.

„It’s an approach that I have used successfully for quite a few years now and something I’ve tried to keep under my hat, as it’s been a real match winner over the years,“ Mark said.

„To find out more regards the Nottinghamshire-based rods‘ stillwater barbel approach, Dynamite Baits‘ Media and Marketing Assistant, Mark Parker joined him on the banks of Elm, one of Decoy’s prolific strip lakes, for a ‚Bombay day‘! 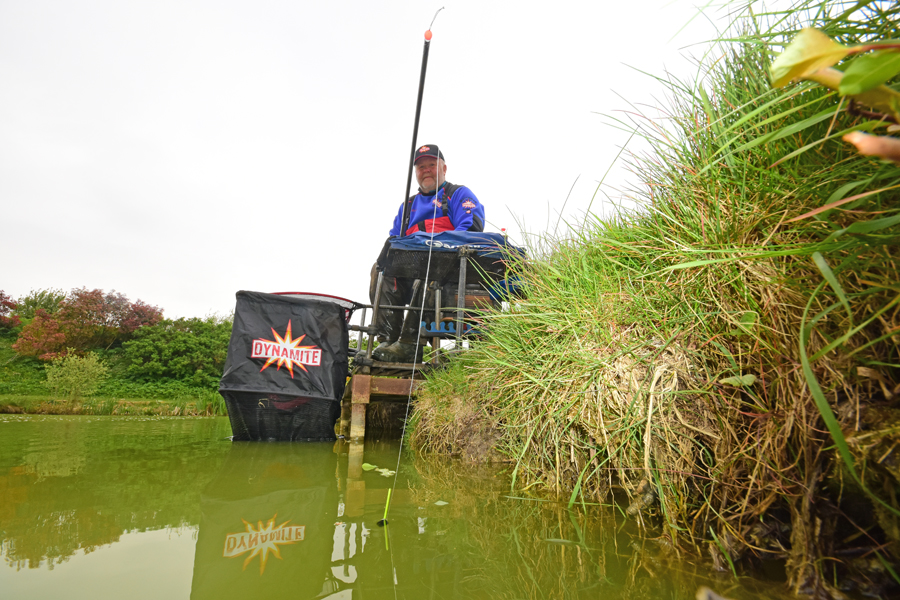 „I wouldn’t be surprised if you’re not stood on top of a few of them now,“ Mark said, as I danced around him, firing off camera shots.

„This swim is around three to four feet undercut. It’s an area that the barbel love to lie up in. Just like a cave, it’s a great hidey-hole for them!“ 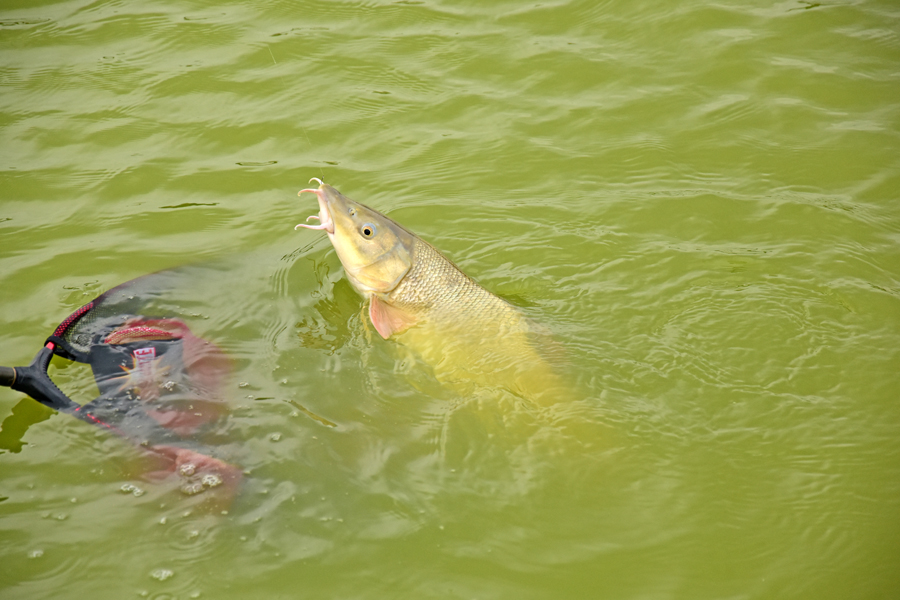 The first part of the mix is the barbel anglers‘ best friend, hemp.

„To moisten them, I add a little Meaty Marine Liquid Attractant to some lake water and then just to say cover the pellets with the flavoured solution, allowing all the water to soak in.

„I want them to be soft and sticky on the outside but still hard on the inside. So you can easily squeeze them into a ball, but under light pressure they breakdown, but don’t turn to mush.“ 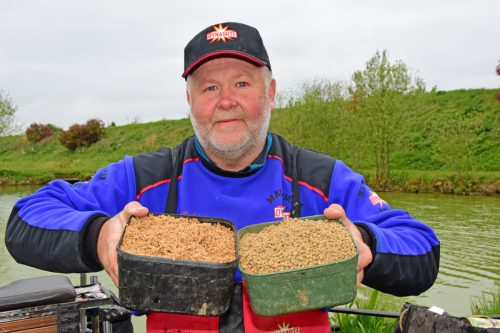 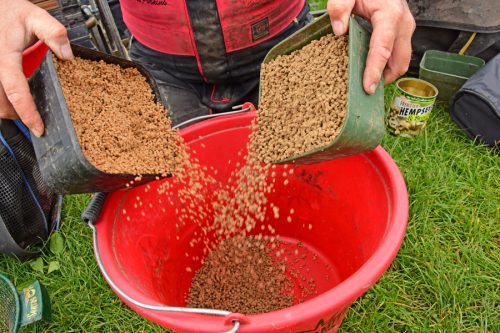 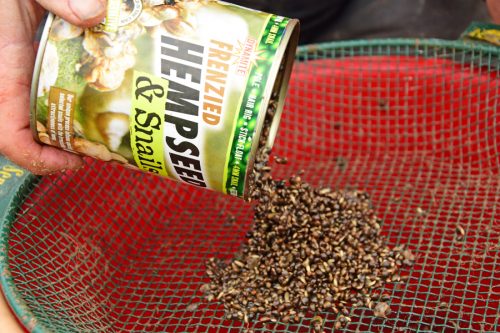 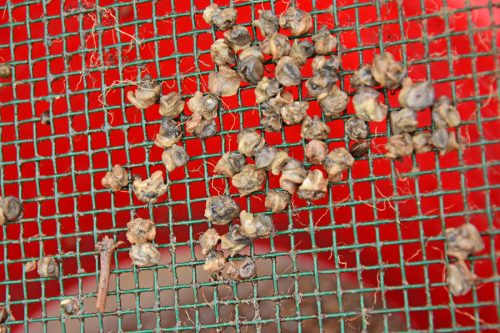 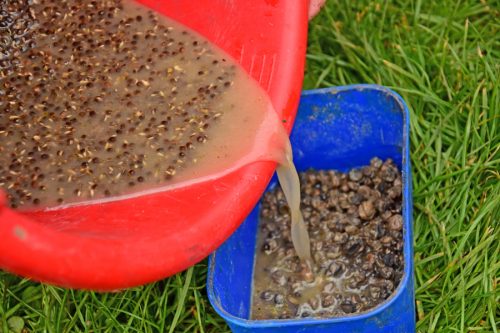 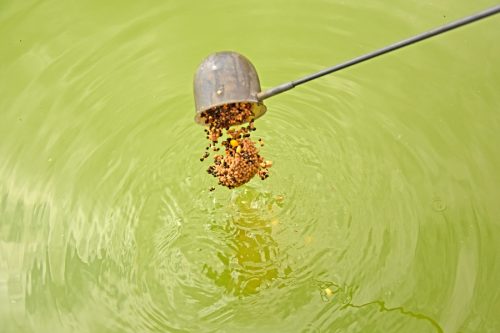 „I like to keep my options open,“ Mark said

„Snails, corn, 6mm expander pellets – both Swim Stim Amino Original and Red Krill – and red maggots all work well. I think the fish like the combination of textures between the small, hard loosefeed items and the big soft hook baits, that standout well over the top.“ 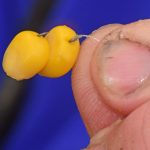 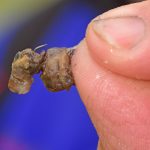 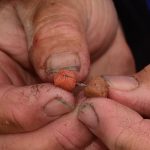 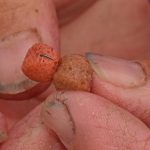 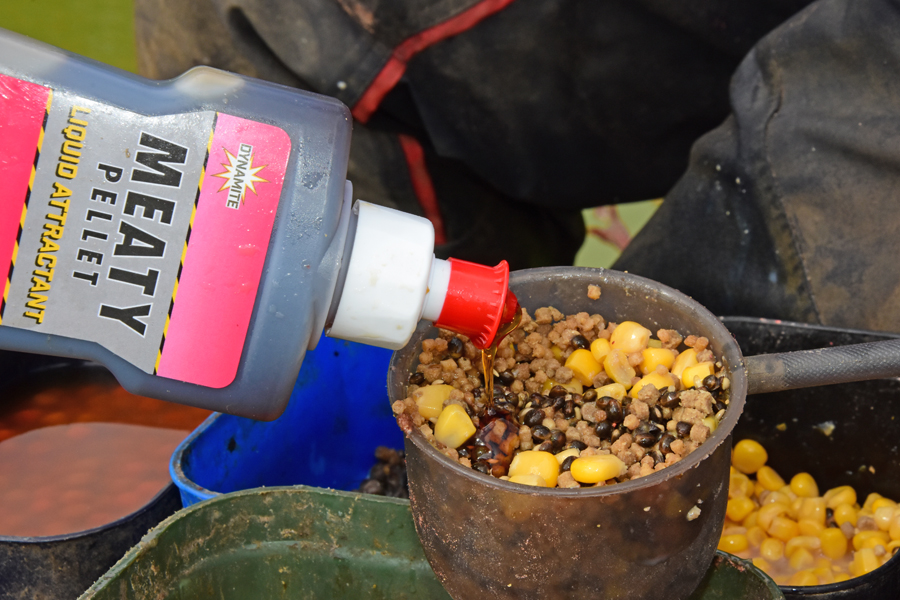 „If I’m getting a lot more carp, I’ll feed less pellet and more hemp,“ he explained.

„I still like to feed some pellet though, as this is a commercial fishery and the pellet will help attract ‚all‘ fish into the area. The more other fish feed, the more confident the barbel will get, the more you will catch.

„I find it is better to drag the hookbait along the floor, rather than lifting and dropping, when barbel fishing because of the way they like to feed,“ Mark added.
„I think the movement triggers them into attacking the bait.“

As the session continues, he constantly tops up with ‚Bombay Mix‘, whenever bites slow, before swapping over to the other line. 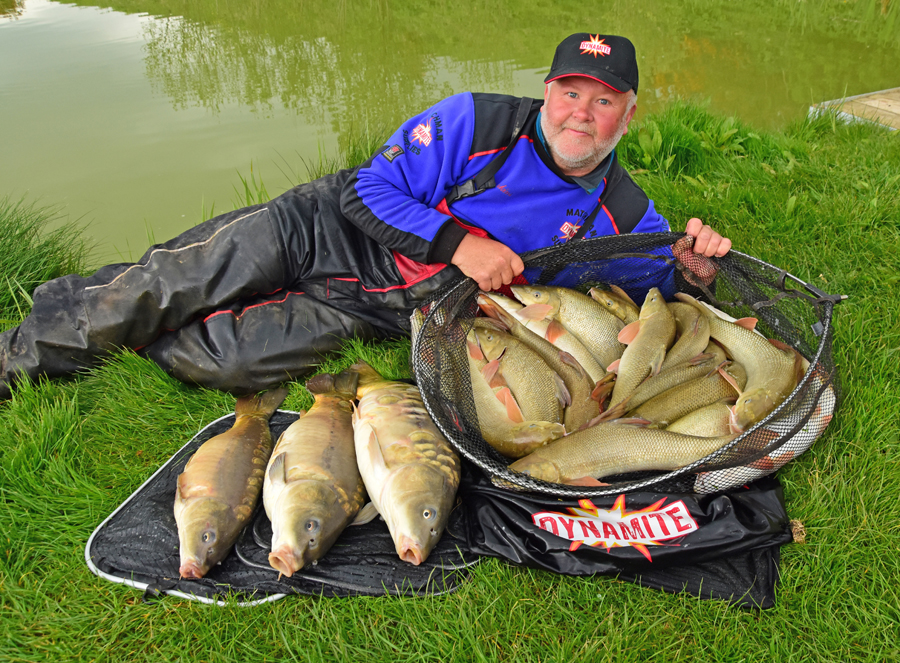