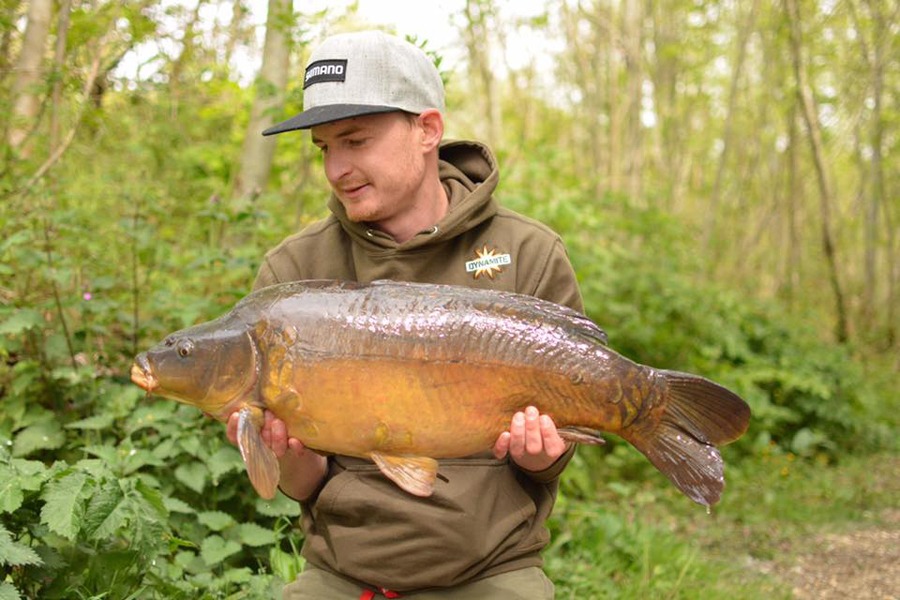 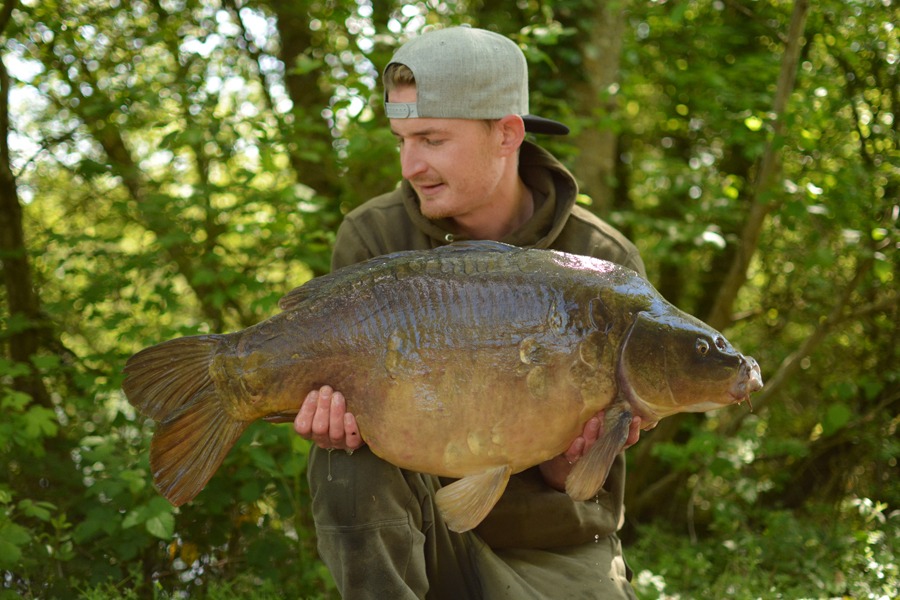 Straight after Ash was in again, I re-positioned my rod, made sure the fish was secure for a moment and wondered over. Ash had banked his fourth of the morning and with how quickly it was all happening the four nets between us were full and some more pictures were certainly in order. Ash had three in his peg so we decided to free up a couple of his before turning to the lone warrior the other side of the hedge row. Just as I was taking a couple of extra shots of the final side, beep beep beep beeeeeep, my right rod was in melt down. The tip bent right round peeling line of the spool at speed with a pretty tight drag. I lifted into it and just could stop her going, the amount of line stripped off in the take was unbelievable, charging through weed beds and making it really tough and heart pounding to retrieve feeling all the jerks and lines flicking dragging her back through. Once I had cleared her of the weed bed she had charged through she hit the surface and ‚oh my‘ did she move some water before kiting to my left wanting to go on another charge. I pumped as much as I could trying to gain every yard before she had got to the left hand margin expecting her to take more line which she did, I knew this was a good fish. Before long her head was turned and she started to tire, I wasted no time getting her in the net before she plucked up the courage to charge once more. A bit of teamwork from Ash and in the net she went, 44lb 4oz of stunning long, dark, British mirror carp, one known as the ‚Brown One’s Mate‘ and certainly one of most sought after in the pit. Huge thanks to Ash for all the wonderful shots he did for me and also just for the memory of the best trip that I think I will ever have, both banking 40’s on the same day and a number of fish between us to back them up. 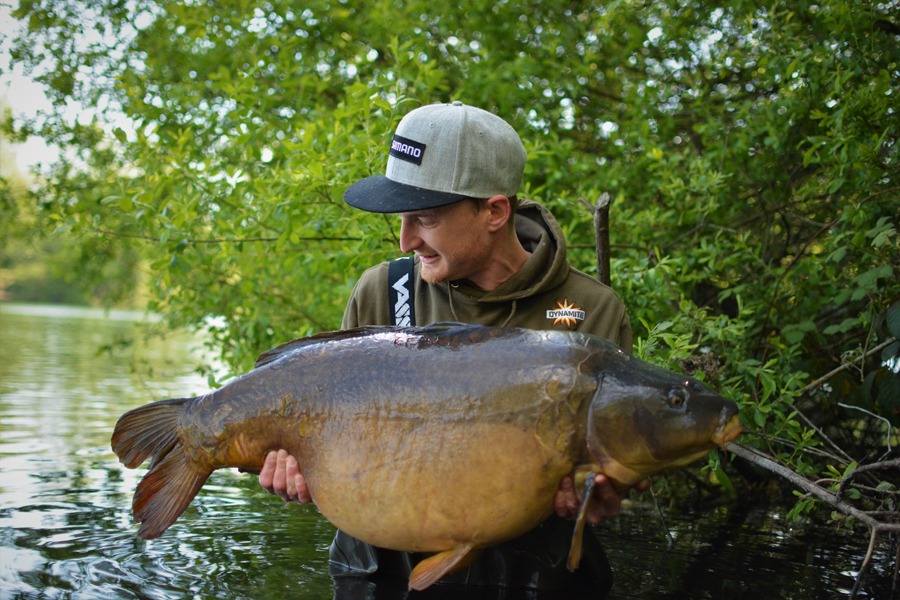 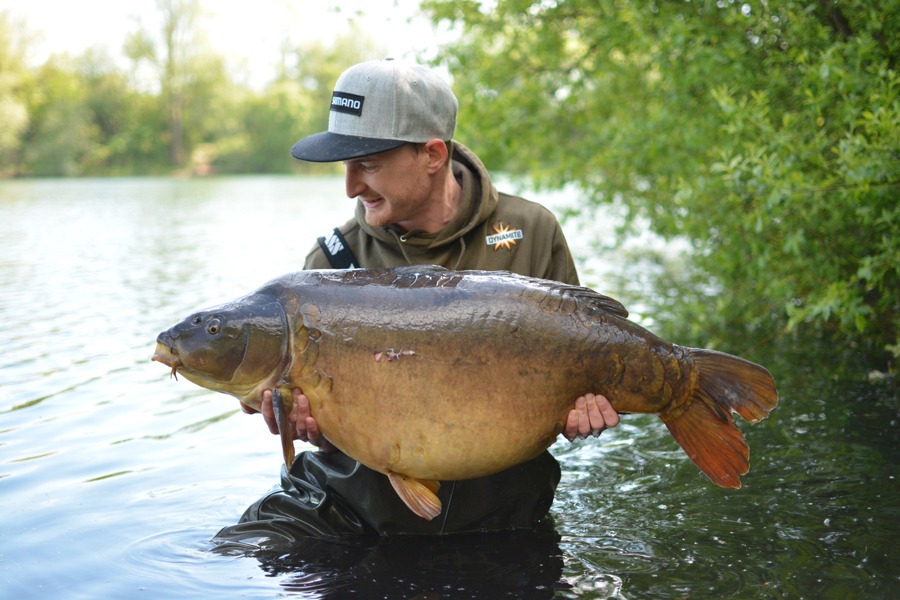 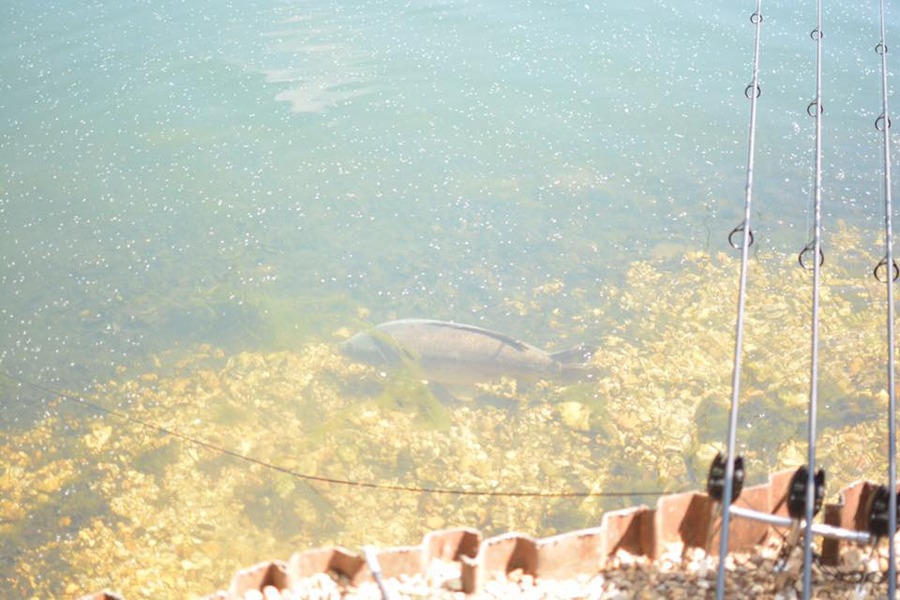