The capture of a ridiculous mirror has just handed Marco Pinto victory in this year’s Forces Classic Carp Competition at Abbey Lakes near Poitiers, France. Below, Marco details how the event unfolded… 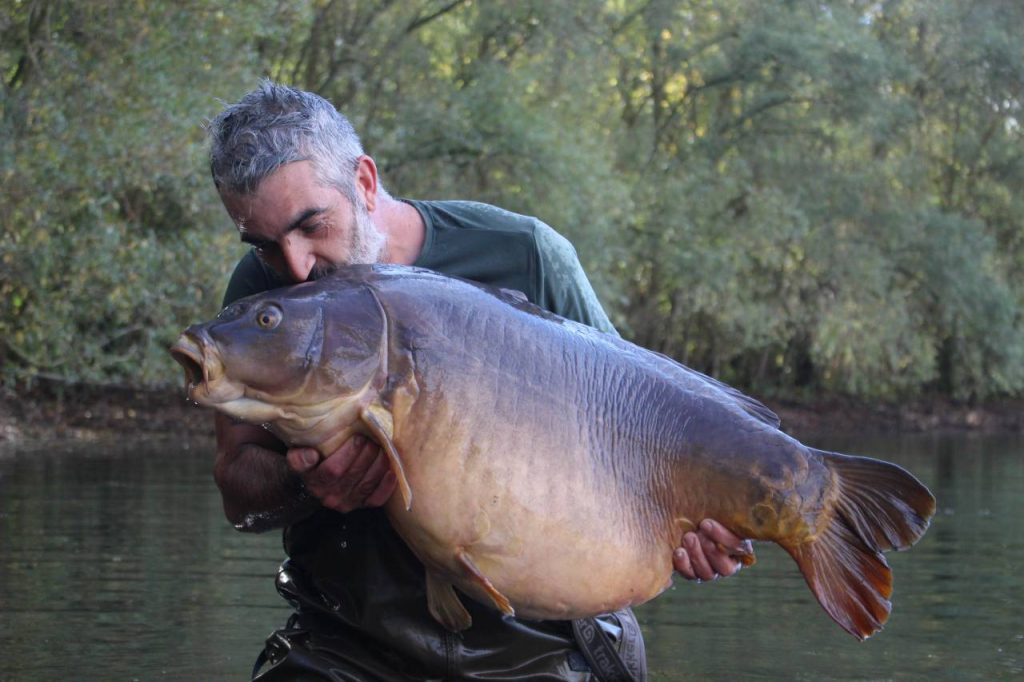 After entering the prestigious Forces Carp Classic competition, we turned up at the venue on the Saturday lunch time with high expectations for the week ahead.

There was a bit of apprehension as we had a wait to find out the lake we would call home for the next week and finally on the Sunday morning the draw had been completed.

The carp gods were shining on us as we came out early and got our preferred lake – Attila and choice of swim.

After finding our spots at range (110 yards) and a margin spot we were ready. We chose a different approach In our baiting application than the lake would normally see as it is primarily a bait boat dominated water.

This was all done with the Spomb and we chose 15mm Sweet Tiger & Corn boilies mixed with a few jars of Naked Pulses & Particles on the spot to encourage fish to move in on the baited are.

As the week progressed, this approach sadly did not give us the results we were hoping for, and as the weather changed we had to adapt our baiting process to suit.

This involved adding Sweet Tiger & Corn Liquid to the mix in the hope this would temp the fish to really get their heads down. 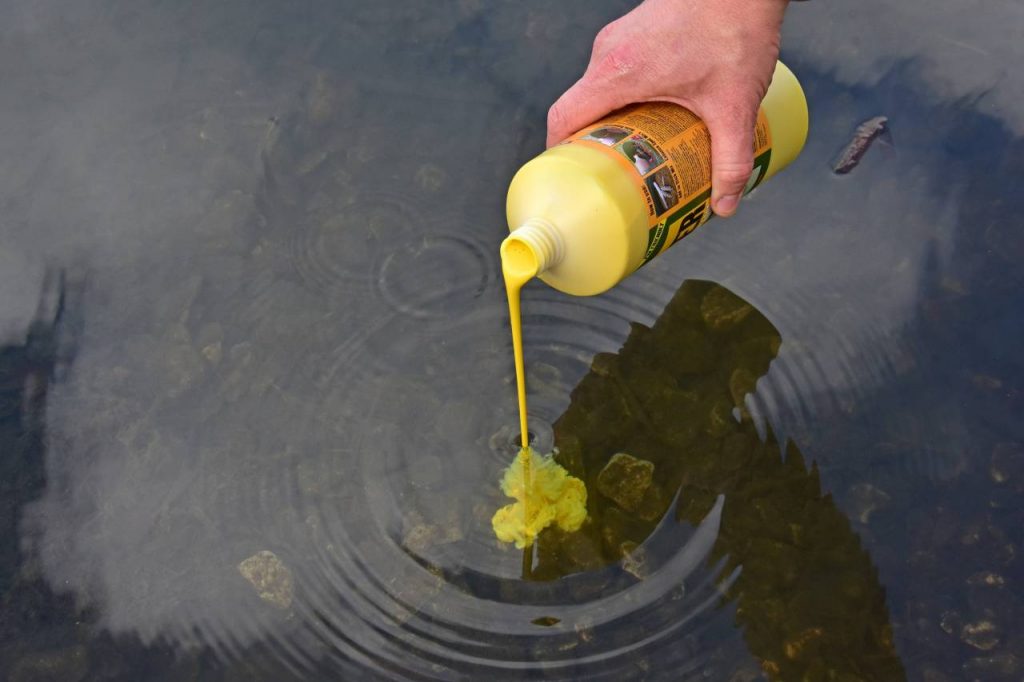 After the mid-week break we rested the water for a few hours and came back to the swim delighted to see it was alive with activity!

White Hit N Run hookbaits were immediately cast to our distance spot and it wasn’t long before the alarms burst into life! The first fish was a nice mirror at 33lb and a second wasn’t far behind.

The action then came thick and fast and we soon had a much smaller common in the net. The approach was clearly working but seemed to pick out the smaller fish.

We needed to make a change as we wanted to target a larger stamp of fish so we opted for 20mm Monster Tiger Nut boilies which could be catapulted far with the throwing stick to get them moving and competing for the bait. 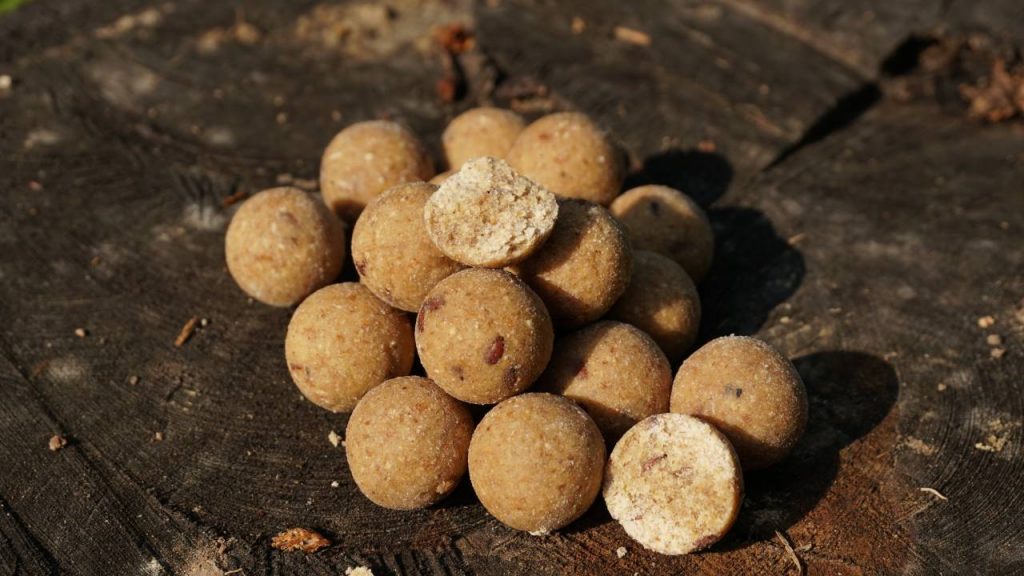 The ploy worked and the next morning the rod rattled off again with a nice 32lb mirror baked soon after. The spot produce two further carp to just over the 30lb mark but the following morning, everything just switched off and sport just didn’t compare to the previous day.

it seemed to have quietened down all over the complex and the runs dried up. We stuck to the spot however and introduced more bait.

This was like flicking on a switch and no sooner after putting out the bait, the bobbin smashed against the rod blank and I struck into what I quickly realised to be a truly special fish.

Following a short, heavy battle the net was holding something special.

We waited eagerly for the competition organisers to arrive to weigh the this fish and eventually the needle pulled all the way round to 60lb 8oz… We knew straight way first place was ours! 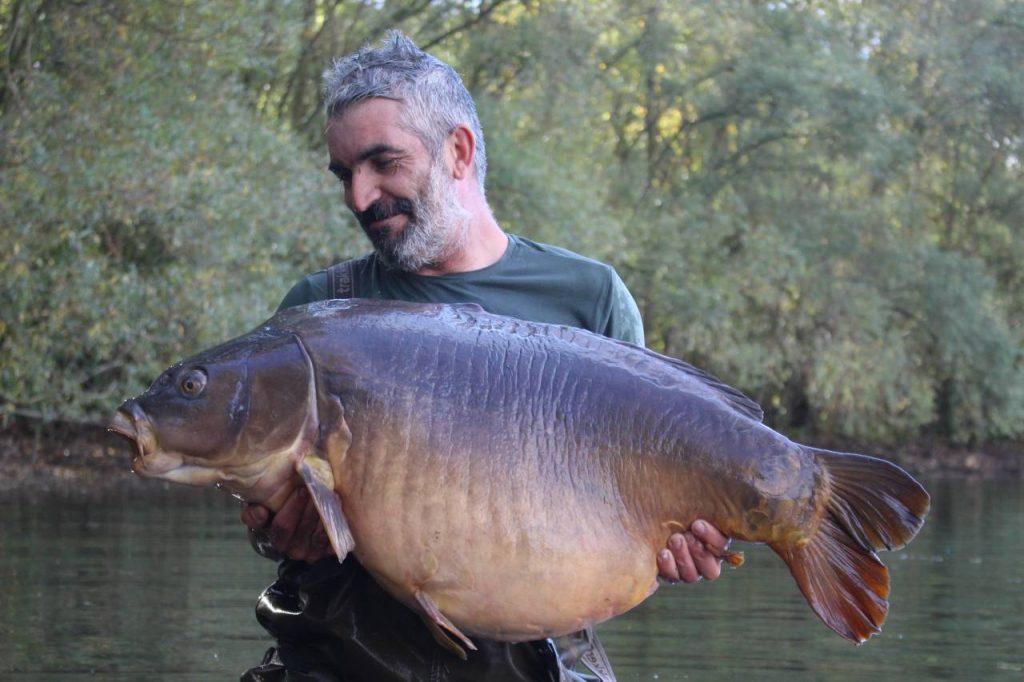 Time for a quick kiss before it was slipped back.

On the final night we managed to catch a small common and the competition was over. The job was already done however and we retained our first place title as well as the biggest fish of the competition accolade. 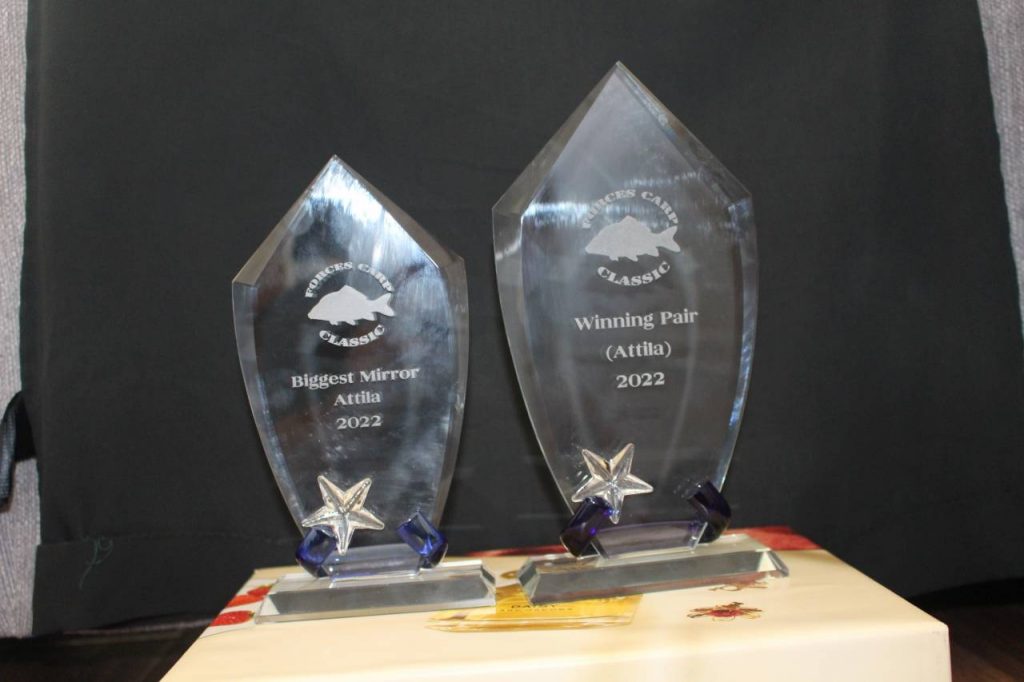 I would like to say thank you for Tim and Russ Marsh for the opportunity to fish this fantastic event – as a collective all anglers raised some serious money for Blesma + Great Ormond Street. I would like also to thank Dynamite Baits with providing me with some quality bait!