A look back at the highs and lows of the World Carp Classic’s 20th year.

All the best images and stories as carp angler, Pete Castle regales what happened at the 2018 World Carp Classic… 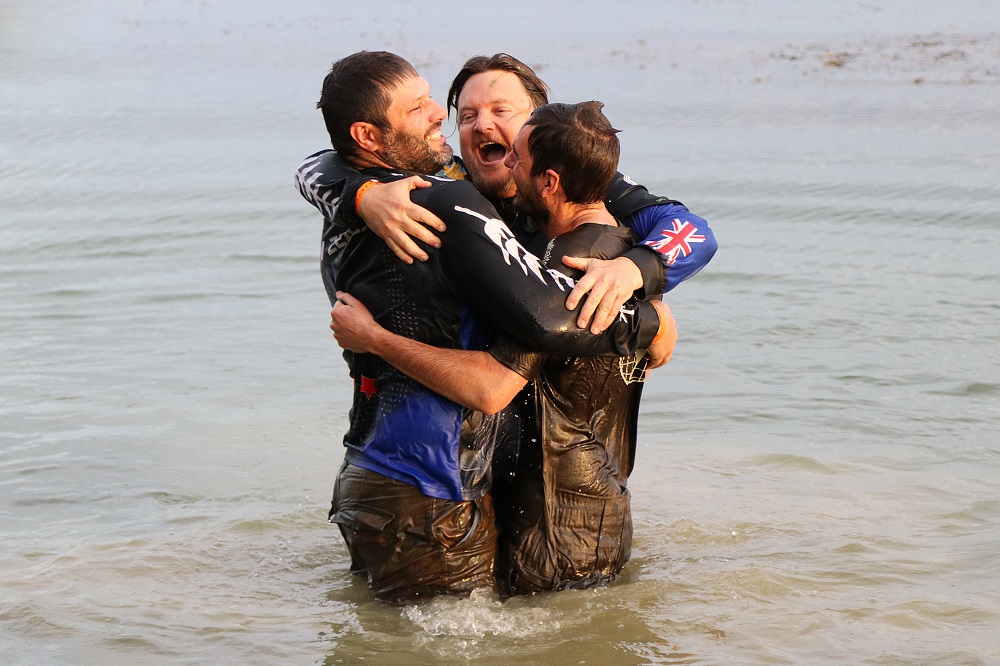 The World Carp Classic 2018 at Lac de Madine, France was set to be something special and boy did it turn out to be just that. The 2017 WCC had been an amazing event, with Lee Jackson, Tim Paisley and Benji winning in the dying hours of the competition.

How could that be topped? What would it take for the 20th WCC to live up to its name and fulfil the effort that had been put into organising and running such an event? Only time would tell, but I can tell you that there was special and magical atmosphere from the start.

I no longer fish in carp competitions, but there was something building in the atmosphere that was almost tangible. The anglers knew that some very big fish were going to be caught and all wanted to win, but there was also a very friendly atmosphere; a celebration of twenty years and whoever did go on to win, their victory would be well and truly celebrated. In all the years I’ve photographed such carp-fishing events, I’d never felt anything like it. 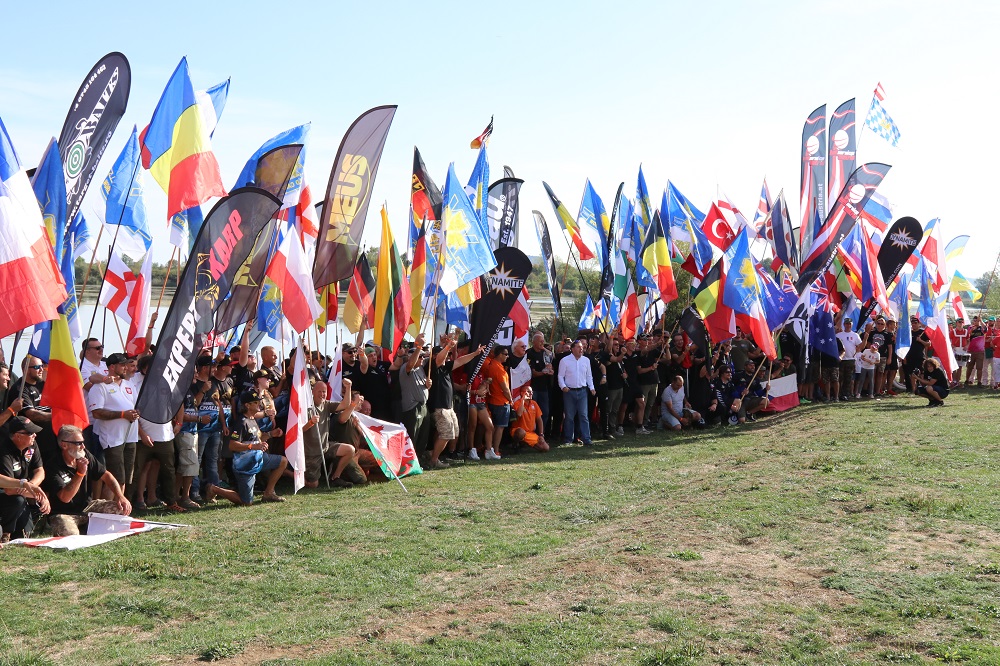 Anticipation built up nicely for the WCC’s 20th year

It’s funny how, as a photographer, you sometimes follow stories. You get an idea of what’s going on and follow it through, almost anticipating the tales’ end before it has even begun. During the draw, I had my ‘favourites’. Not necessarily favourites to win, but stories I felt would play out over the course of the week, such as the Dynamite and Carp Spirit backed, Austrian couple – Jasmine Schuster and Rene Jauker – who ended up catching a new WCC Biggest Fish record, as youll see shortly.

It’s because the sight of a mixed-couple team – prepared to chuck everything at fishing against carp angling’s best – grabs your attention. The WCC is not just about carp fishing, more an adventure into the unknown; a time for people to find themselves among their peers from all over the world. It is an extremely competitive competition, but there is also a coming together of like minded people. 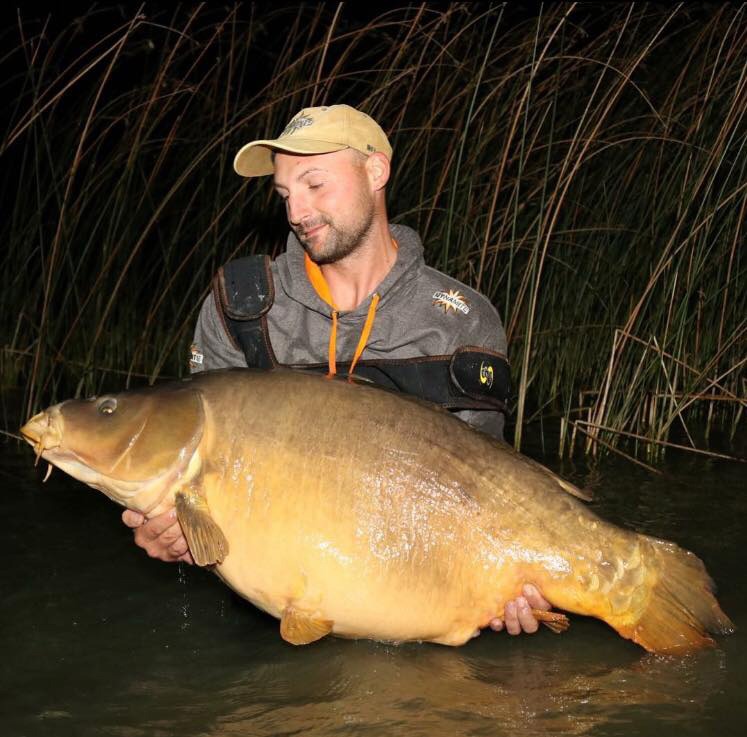 Rene with a new WCC record 29.8kg specimen caught on a Crave and Source combo

And so, it begins

As well as spending the first few days photographing some amazing fish, I also enjoyed recording people’s experiences; moments in time, frozen forever in an image. I also have to closely watch the leader board.

You can’t be everywhere at once, so this information is paramount in working out what’s going on and it seemed a trip to the main island was on the cards at some point. Fish were being caught there that I was missing – although others were covering it. Navigation to the island is not easy. You have to plan the round trip on the ferry boat, so you don’t get stuck out there!

Starting on the Monday, I eventually made it to the island on Thursday. I’d been flat out on the mainland chasing other stories and so arranged everything with the competition marshals so I would get there just after lunchtime; looking to return at 6pm. This gave me just enough time to get back to HQ at dusk. 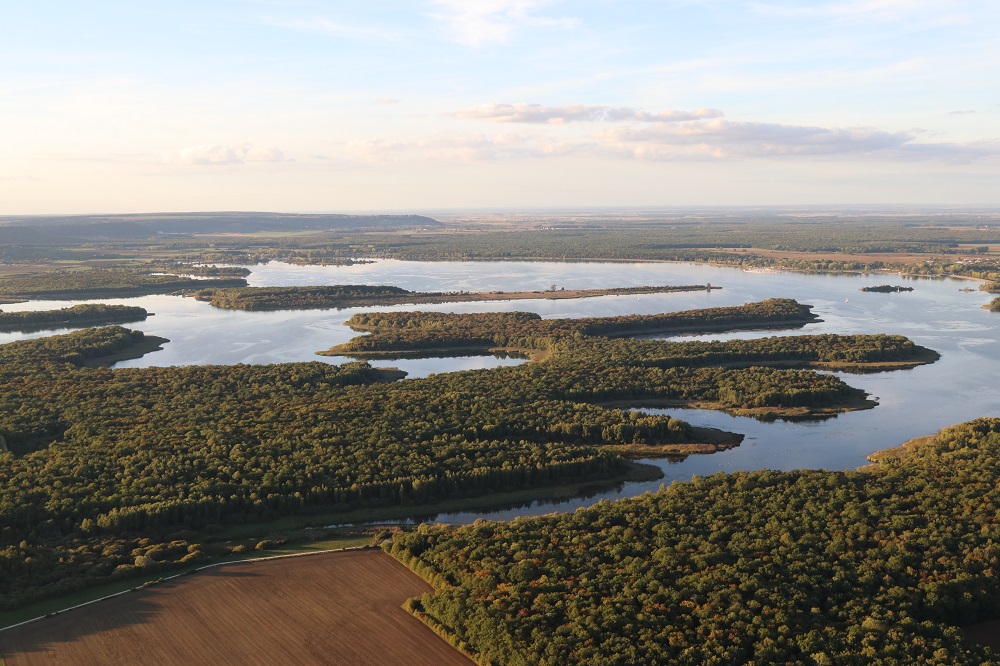 The vast lake of Madine takes time to get around

My first stop was peg 76 and the team from New Zealand – Marius Keokemoer, Javques Niehaus and Thomas Thibaud. I was blown away when I heard they were right up there on the leader board with several fish to 27.2kg. I could tell straight away they had been fishing very hard, giving their all. They looked like they were in a state of shock as they were enjoying their lead, but with it came huge pressure and a lot of attention from well-wishers. Even fellow competitors were cheering them on! 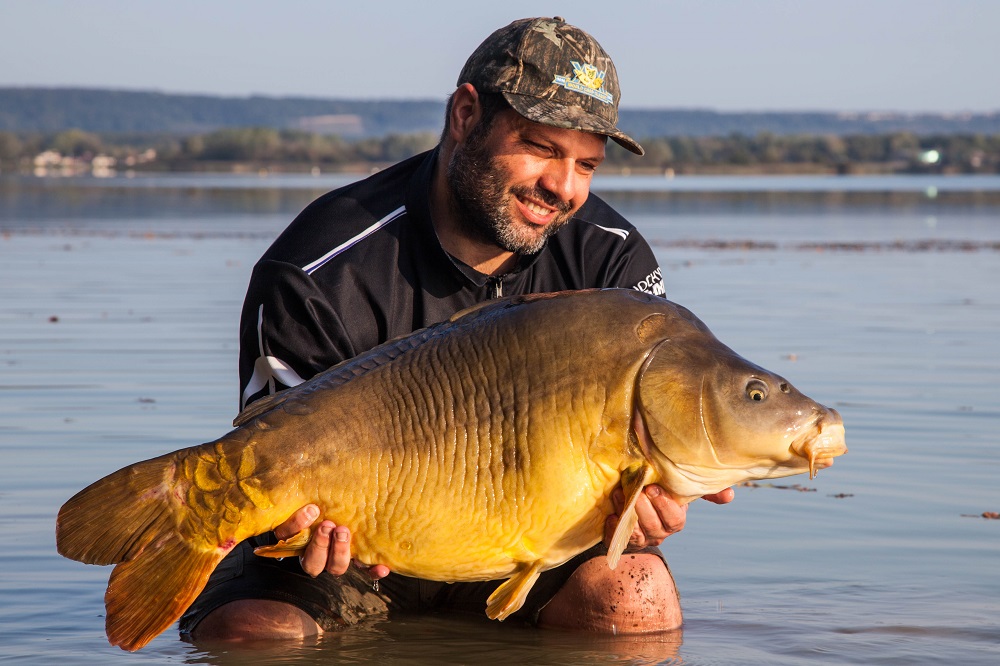 The New Zealand team had caught several fish to 27.2kg

They looked exhilarated and exhausted all at the same time. There was a good chance they were going to become the new Champions and so I didn’t stay too long as I felt I was adding to their stress levels by photographing their every movement! They’d also blanked last year, so the pressure was really on.

When I got to Jasmine and Rene’s swim, peg 50, I was surprised to find a despondent and frustrated atmosphere, a departure from their usual happy demeanour. They were also very tired, the confidence of catching a big fish was starting to dissipate. They had given it their all, but the runs had slowed down radically. The fish were in the area, but along way off in the bottom of bay, where they knew they were safe. 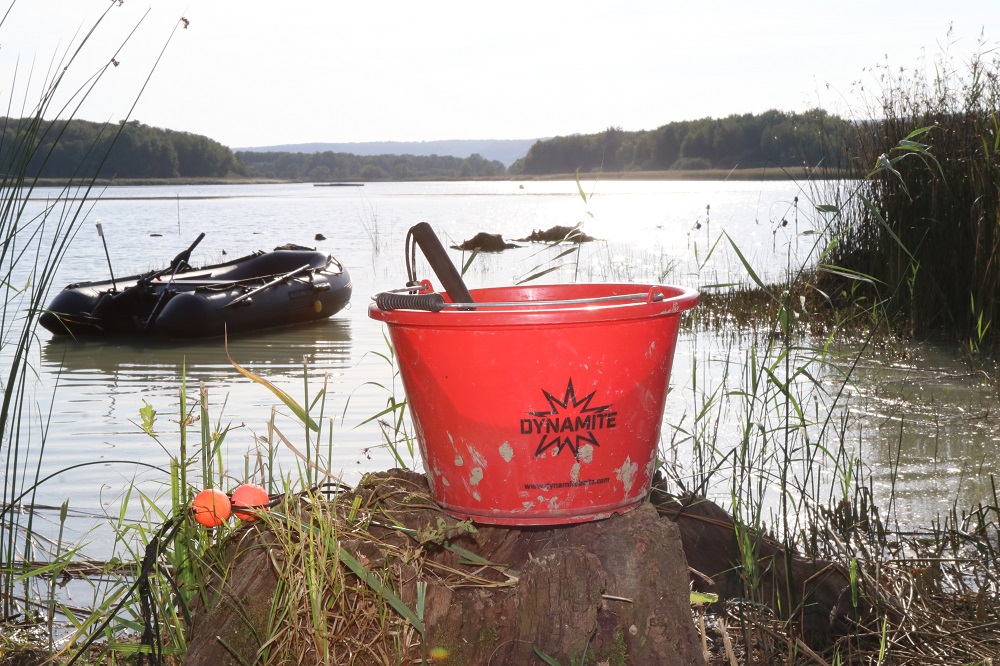 A serene looking peg 50 at Madine.

I somehow felt it was my duty to stay positive. The photography wasn’t looking ‘pretty’ (nobody wants to see glum faces) and so I tried to be positive as to get at least a smile from them. Thankfully, they knew what was in front of them and that they had to just stick to what they knew best to try and catch another fish. I left the swim with them having big positive smiles and giving each a big good luck kiss for a big fish. They certainly had a chance.

The following morning, I first checked the leader board to see what had been caught and what had changed. It seemed there were a few emerging teams now hot on the heels of New Zealand and I felt the pressure building for them as others teams nudged closer. The three biggest fish rule meant a few only needed a 21kg or 22kg fish to take the lead, which is very doable at Madine. 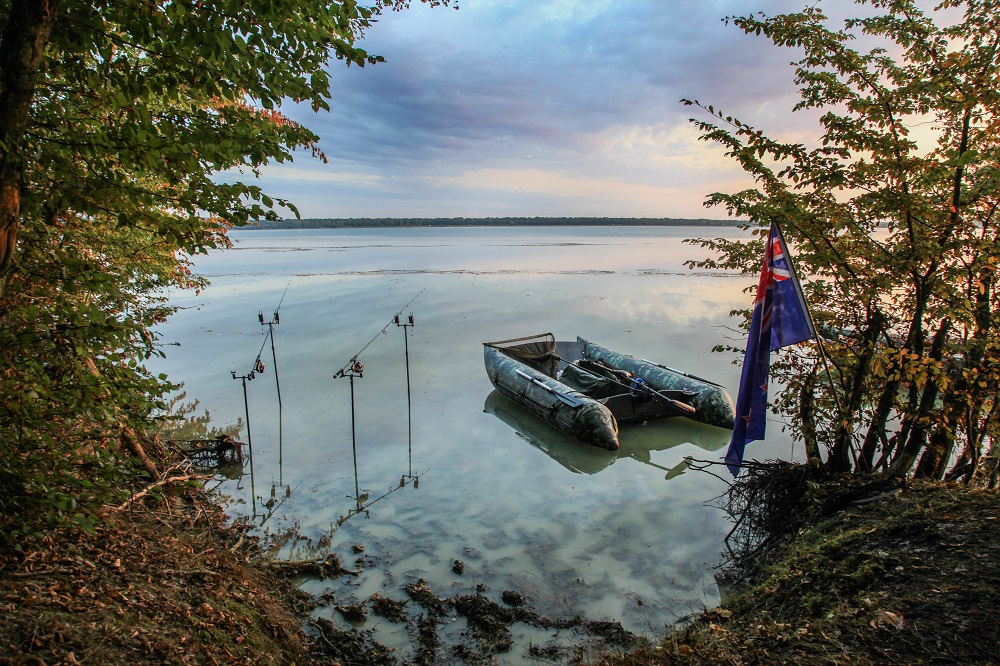 Rene and Jasmine (peg 50) hadn’t caught anymore and must have been pulling their hair out. I stayed off the island throughout the day and into the night, but at about 23.00 we got the call that a very big fish had been caught on the island and I became even more excited when I heard that it was from peg 50. The big kiss wish, for a big fish, had come true!

Getting to their swim at night was a bit stressful, but very exciting. Although exhausted, the media team boated its way to the near side of the island, walked the half-hour to their swim through the ancient woods, getting to them by midnight and it was certainly worth it. There must have been at least twenty people there, to witness the scales roll around to 29.8kg producing a new World Carp Classic record! 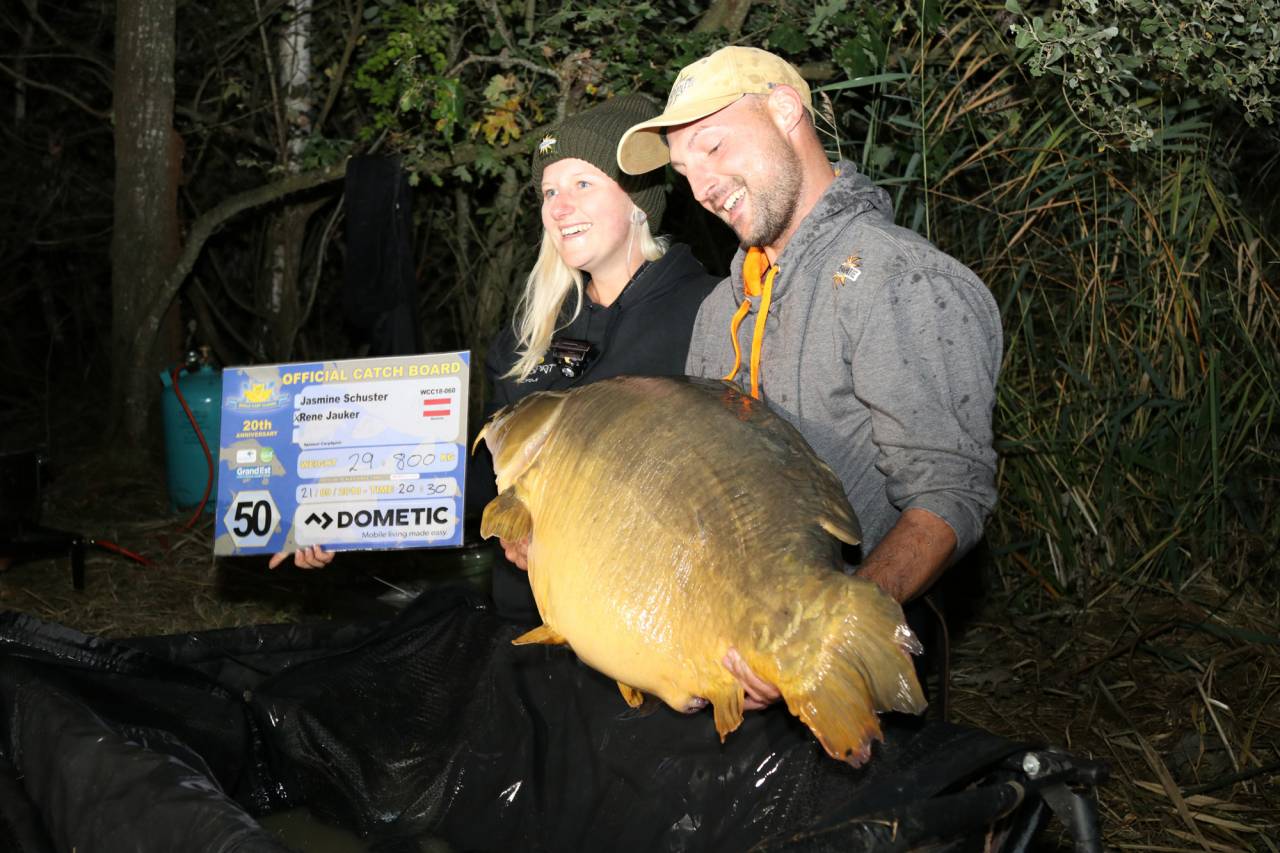 Jasmine and Rene with the record fish

It is hard to put into the words the magic of the evening. I don’t know whether it was the mixture of tiredness and adrenaline, but it felt like an amazing dream. It’s moments like this when I really cherish my job. I could fish the competition if I wanted to, but I feel like I would miss out on much more. I get to see nearly all of it and I like that.

We got back to HQ early that morning, waking soon after, ready for the 7am finish. At 06.30 we were drifting around in a speed boat trying to get information and confirmation on who had won. Just before seven, there was call that one of the chasing teams had hooked into a fish and they now had twenty minutes to land it after the final whistle.

It was so tense. They eventually banked the fish in allowed time, but it was too small to take them into the lead. The guys from New Zealand (and France) had done it and their faces were a picture when we eventually got their swim and gave them the news. 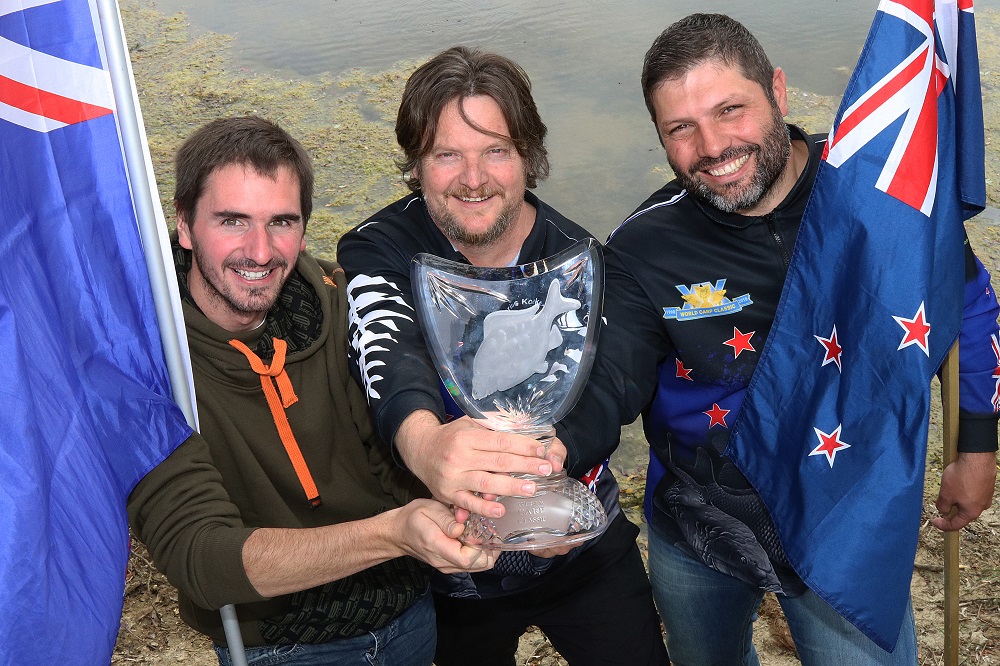 Winners! They New Zealand team had done it

They’d obviously been through it for days the release was obvious. The emotions run so high that everyone was welling up. The pure joy erupted with them running head first and diving into the dreamy misty morning water.

I’ve photographed many of these events over the last ten years and they seem to get better and better. Working behind the scenes at points looks like a logistical nightmare, but with a little help and support, it always turns out to be a fantastic competition with very real and raw emotions. Rene and Jasmine didn’t win, but in a way they won everything. Their heads had dropped a little mid-week, yet they faced the challenge and were rewarded with the fish of their dreams, breaking a long-held WCC record.

The New Zealand team faced the previous year’s blank and came back better prepared and fighting fit. Once they’d nailed their tactics, they were consistently catching and in the end there was no stopping them. For me, I really enjoyed the company of the people I met along the way and was thrilled to share in the experiences and fantastic moments with some of those people. I truly loved every minute of it – bring on 2019… 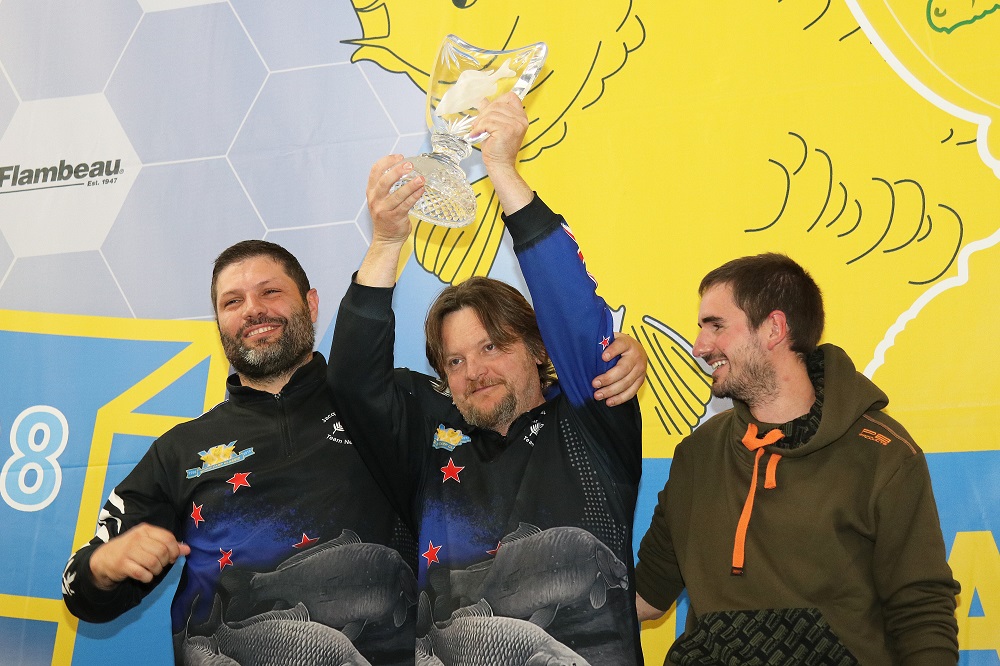 Deserved winners. The New Zealand team had took on carp fishing’s biggest competition and come out on top 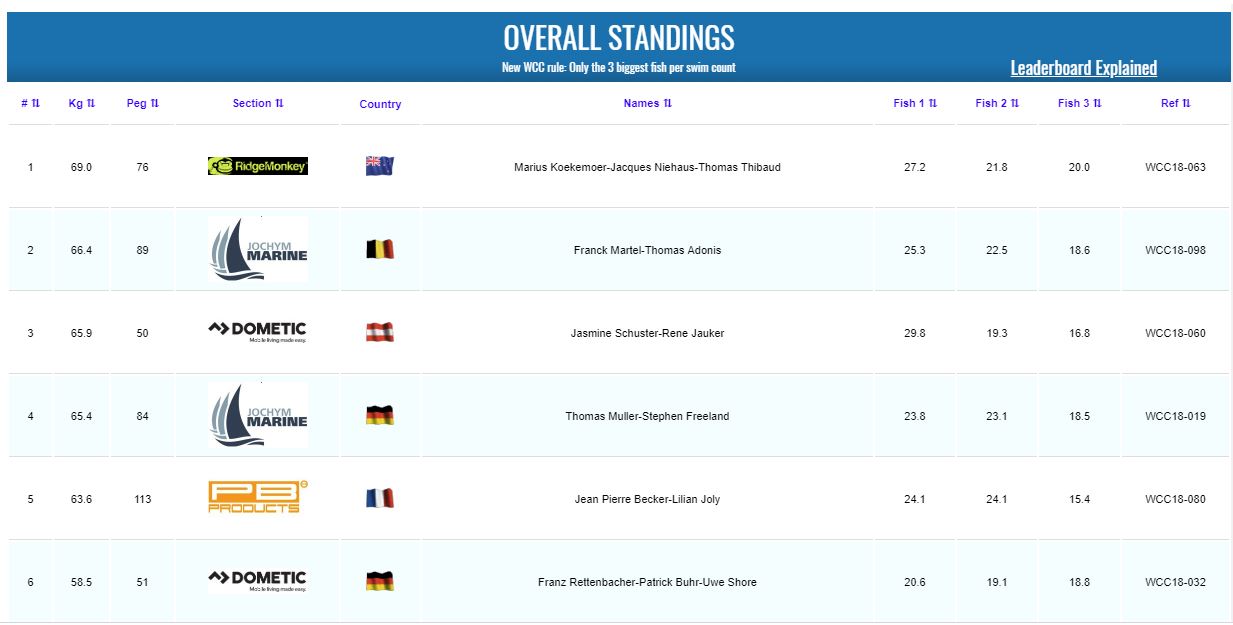