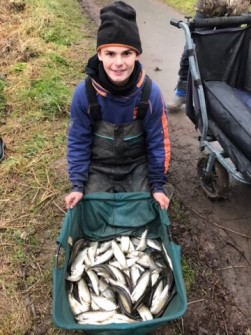 « On the first I drew peg 92 at Belmont, which was a mediocre peg in the section but I felt I had a good chance of a decent result. I set up 2 Perfect Gloucester floats in a 3g and 4g float for catching dace at 13m and a 4g flat float to try and catch some of the big resident perch, I also set up a Bolo rod and a waggler rod just in case the fish backed off the pole line. At the start I threw in 10 balls of a 50/50 mix of Dynamite Frenzied Hempseed Match Black and molehill soil, packed with heepseed, casters and maggots. 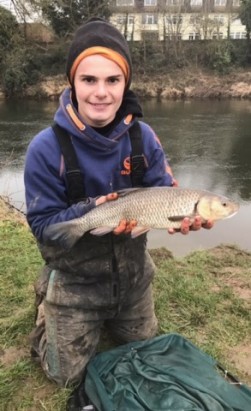 On the second day I drew peg 7 at Bartonshom which really had struggled the day before and the lad on it only caught one minnow. I set up a maggot feeder with a 5ft hooklength on to cast 3/4 away across the river and a waggler rod just in case a few chub decided to feed. To cut a long story short, I’ve chucked the feeder for 4 hours and 50 minutes without a bite and then all of a sudden my tips gone round and I’ve had a chub. My chub weighed 3lb 9oz which was enough for 3rd in my 7 peg section as only 2 others had caught.
This left me on 4 points and 2nd overall in the festival which I was really pleased about as the class of anglers there has been really high. It was a really good experience I’m really looking forward to getting back there soon. » 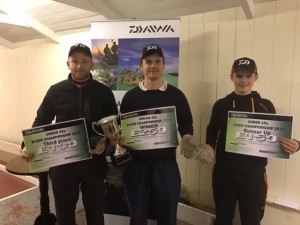