„I’d been fishing a testing swim in one corner of a Cambridgeshire gravel pit during my previous couple of sessions. Due to the shallow, reedy topography with successful nesting coots I’d had 18 diving birds living in the swim to deal with that had been relentlessly picking me up and removing my hookbaits. However I had seen the big Pale Common among other desired residents in the swim frequently so I decided to persevere.

„I had a take from hell in the early hours one morning, even after a 70 or 80 yard run on a tight clutch I was still getting flat rodded at around 140 yards. A hard fight ensued but she found a unforeseen snag. By the time I got permission for the boat and got above it she had slipped the hook. On a full moon, when the one you want has been in the swim and is due out – when you know….you know.

„Anyway, wounded I carried on with my planned session, determined for a positive, as I was pretty sad about the whole event. I caught a couple of small ones, then two nights later on my final morning I got another heavy bite and this one turns up in the net. A linear believed to be a myth! Although the pit has been well fished over the years, no one including the bailiff had heard of her being caught or seen a photo. It was the best consolation prize!

„A 15mm CompleX-T pop-up took both bites, over matching crumb, chops and wholes and Frenzied Hemp. Along with plenty of Green Lipped Mussel Groundbait to create a cloud upon feeding to help disguise hook and leader.“ 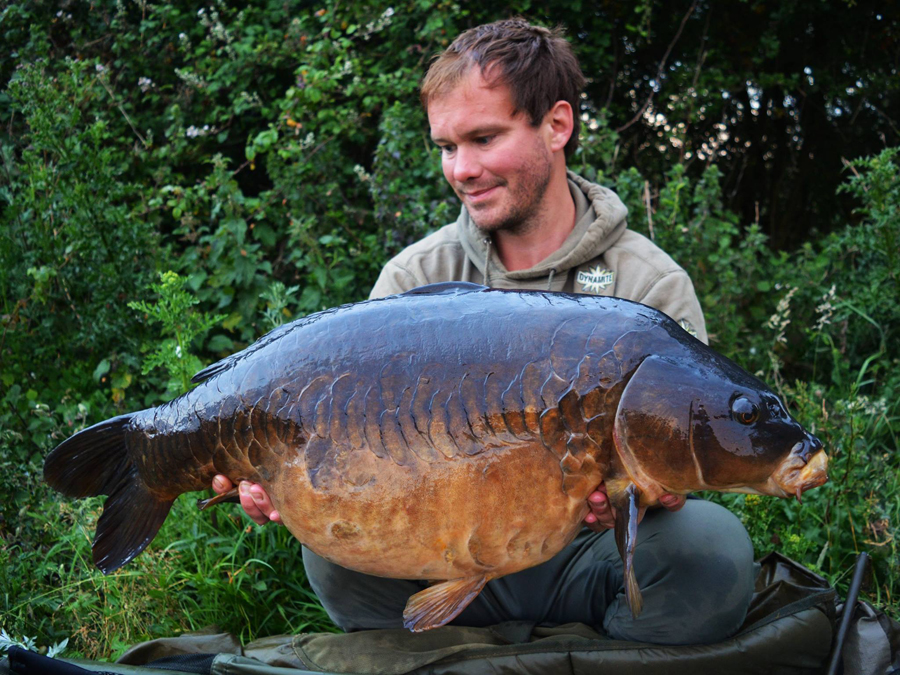