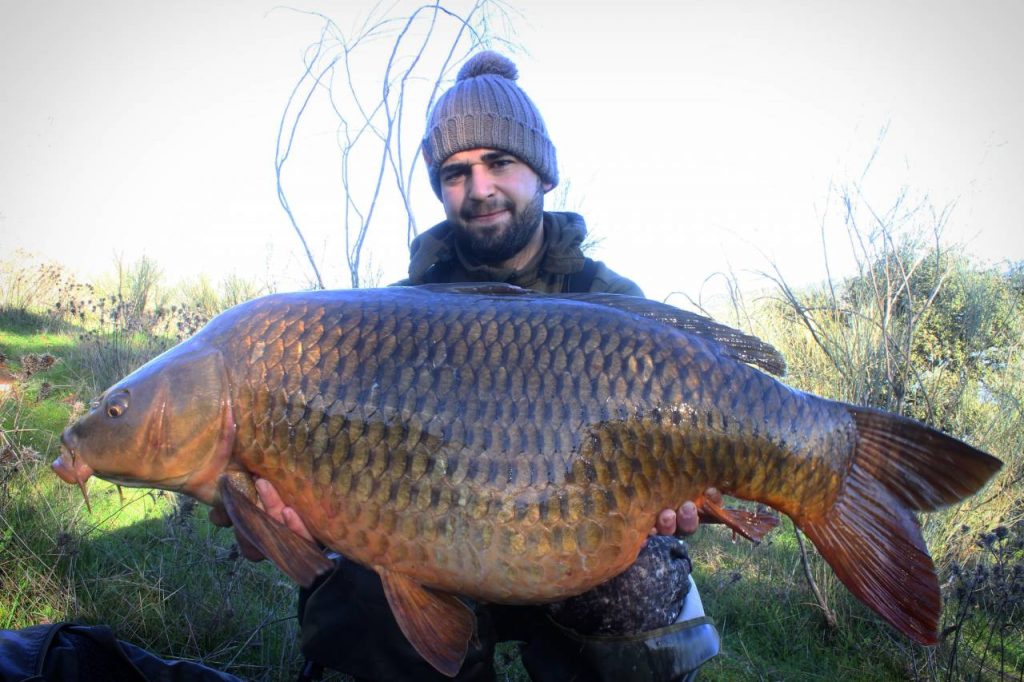 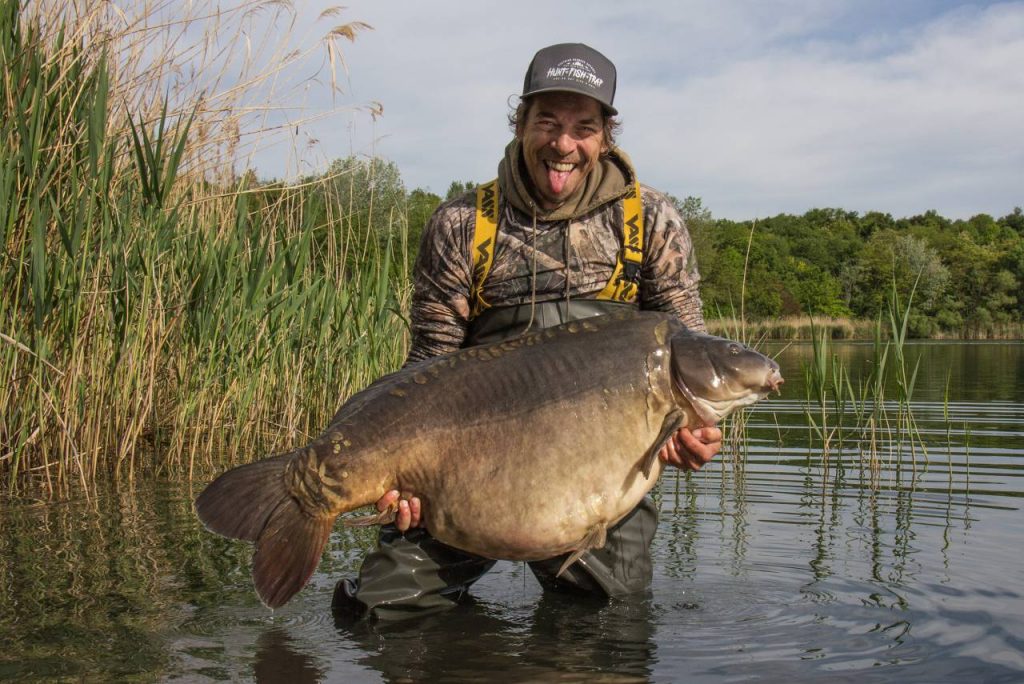 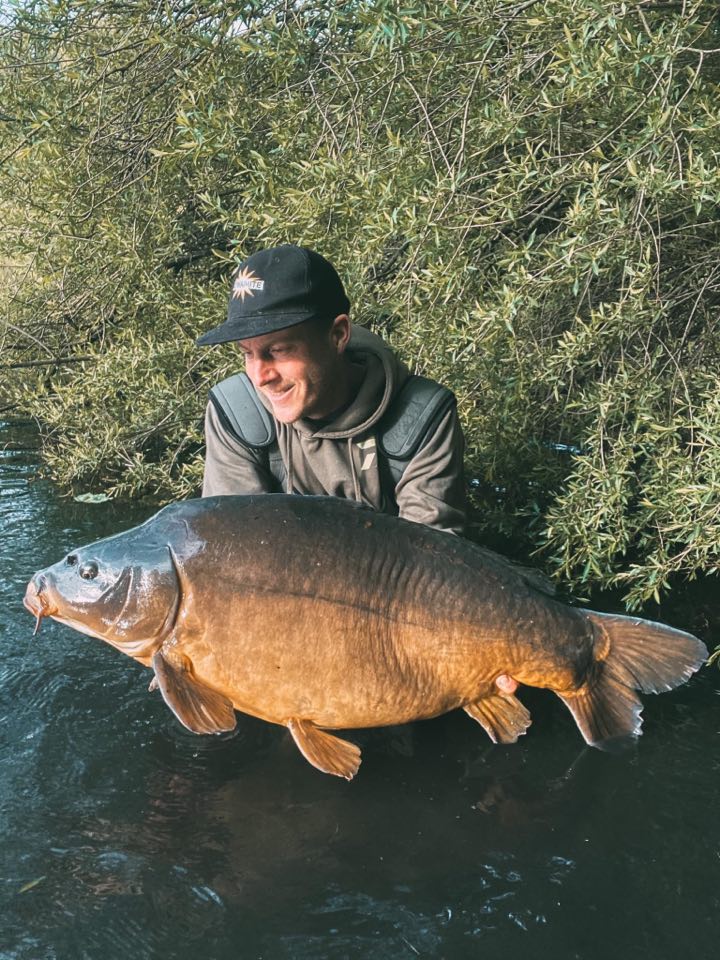 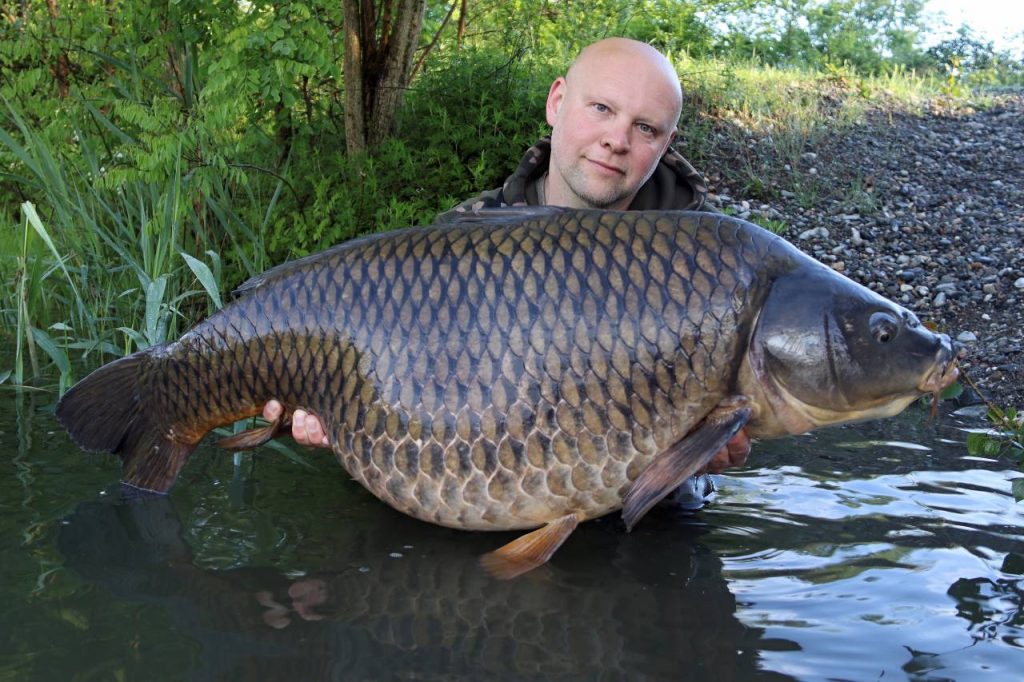 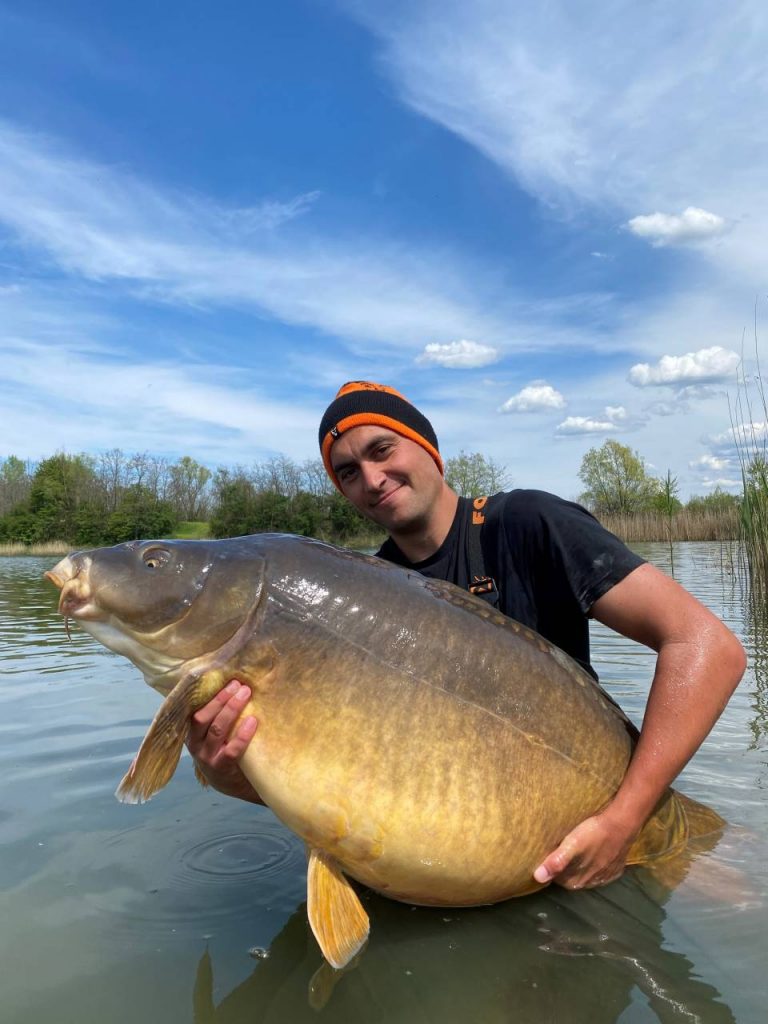 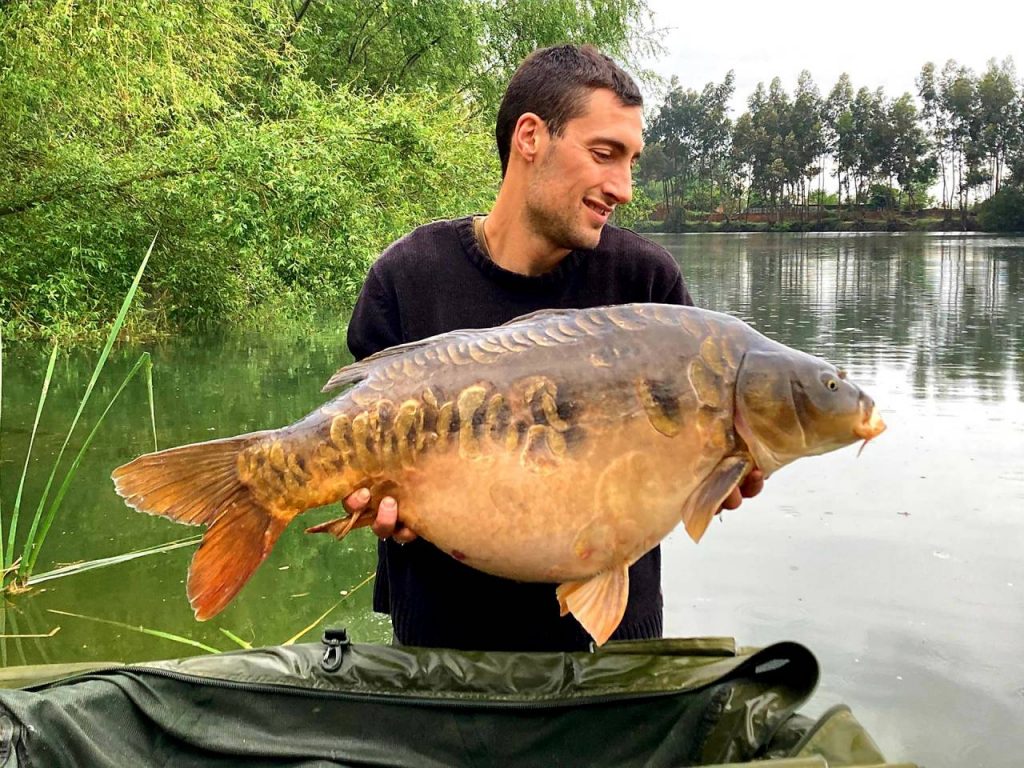 James Buckler hit the headlines back in May when he banked one of Linear Fisheries‘ most sought-after carp – Kempy’s Linear. She fell to a 15mm Yellow Hit-n-Run pop-up trimmed down and fished over 12mm Monster Tiger Nut Boilies, Frenzied Hempseed and Corn. 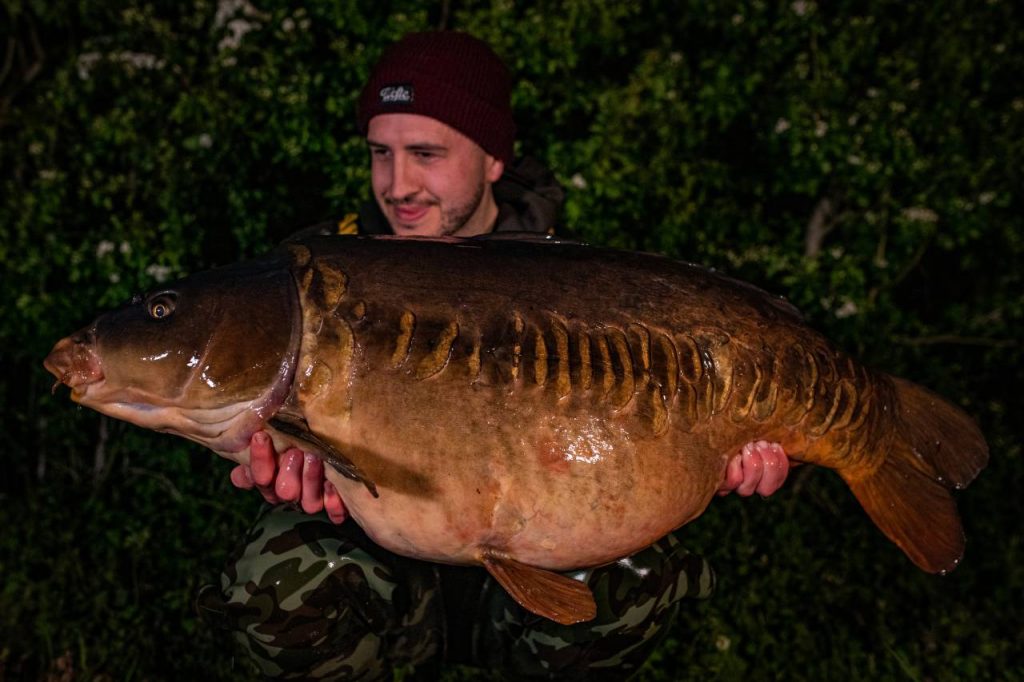 Jack Lamb managed to land Horton Church Lake’s largest carp known as ‚Fingers‘ at a new record weight of 56lb 3oz. He said: „After catching “Spot” at 42lb last week I managed to get back down the lake for 72 hours. It was fairly busy but the same peg was available so I decided to jump in there. It’s not my preferred style of fishing but I decided to bait and wait. 5kg of 12mm CompleX-T glugged in the matching liquid, a 2.5L jar of natural hemp and 2kg of 3mm halibut pellet was mixed and soon deposited to the spot, and Yellow Hit N Run wafters were cast over the top. The fish had been active so I was confident they’d get their heads down to feed at some stage… After a long wait, it finally happened at 5am on the third morning and the rod ripped off. After the the hardest fight from a carp I’ve ever had, ‚Fingers‘ was soon in my net at a record weight of 56lb 3oz!“ 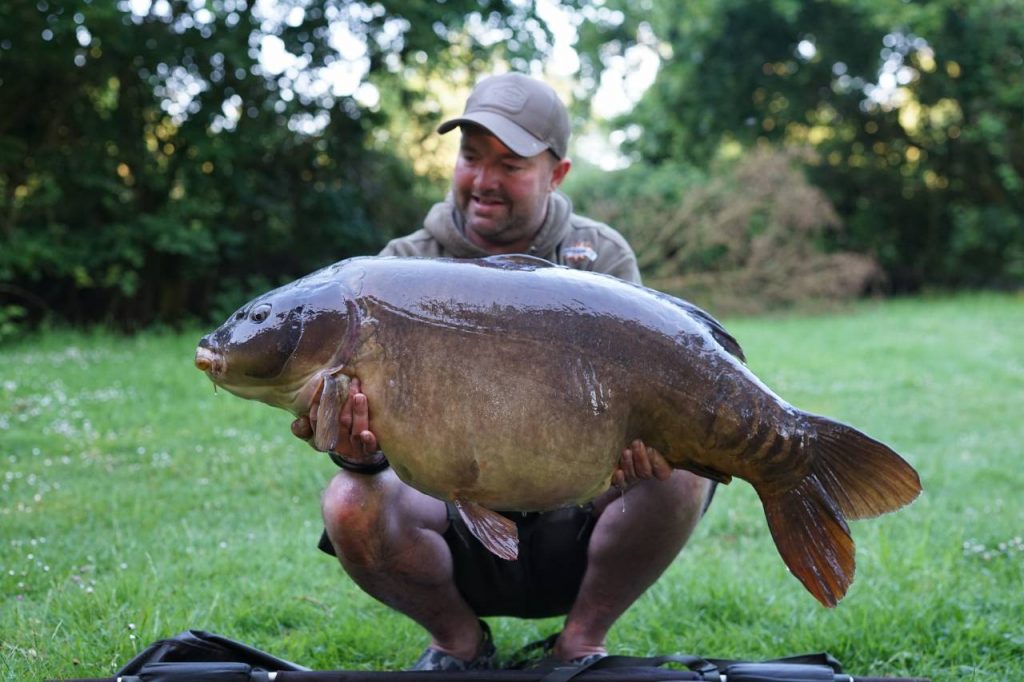