A Pineapple and Banana pop-up helped Radek Bis achieve a new record on his regular water when he banked a stunning 24.3kg common. 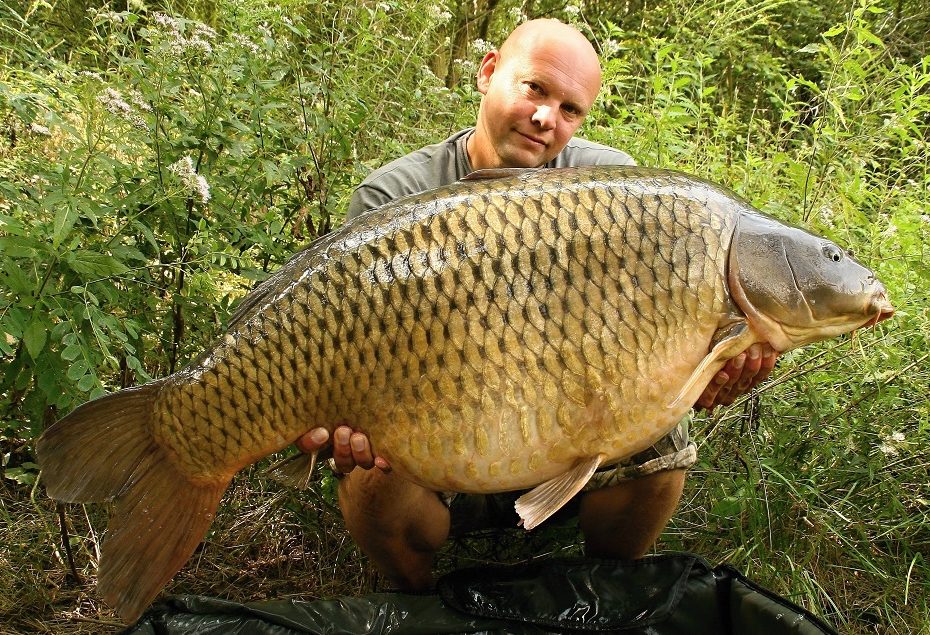 Fishing the Czech Union Water, Radek has never previously been keen on using pop-ups but finally submitted to the urge and the move paid off.

He said:  “It was a kind of lucky coincidence. Me and my friend Vasek Pohn have been discussing various htactics at the water and had never really considered using pop-ups before as its not very common on this water. Finally, we gave in and both tried one on one rod.

To tell you the truth, I did not believe I would get a result as I have never caught using pop-ups before in the past.  It was one of the most powerful experiences I’ve ever experienced at the water. The weight stopped at 24.3 kg. I can not judge whether it was a coincidence or not, but in any case I will start using pop-ups more often. This fantastic fish has taken on a combined 20mm version.